Join the Conversation (0)
Since this weekly column praising the plaudits of entry-level vehicles first appeared over two years ago, we’ve examined more than a few vehicles which don’t immediately spring to mind when the word “base” is uttered. Speak that phrase in an Audi dealership, for example, and you’re likely to be politely-but-firmly asked to leave (or promptly upsold to a Technik package).

Still, affordable new vehicles do exist in the Canadian market, spearheaded by machines like the Mitsubishi Mirage. Fresh off a styling revamp for this model year, the little hatchback now has more in common with other members of its family in terms of its appearance. Your author finds it tough to understand why some other journalists use the Mirage as a punching bag – this is a car which knows its role as cheap transportation and does it well.

At the entry-level end of the Mirage line is the ES trim, equipped with a manual transmission (with hill start assist for new drivers) for $14,298. A CVT tacks $1,200 onto the price tag, an option we recommend skipping in favour of pocketing the difference. A 1.2-litre three-cylinder engine lives under the hood, responsible for producing 78 horsepower and nearly a like amount of torque. Be aware those are drum brakes in the rear, hiding behind a set of 14-inch steel wheels.

As of this writing, and perhaps thanks to supply constraints, the Mirage ES is available in any colour you want so long as it’s white. Mystifyingly, the White Diamond paint has a $450 surcharge, suggesting other zero dollar options were once available. Even though it’s tough to negotiate at a new car dealer these days thanks to a myriad of issues, the smart shopper will point out to their Mitsu rep that the company can’t exactly deliver the car with no paint at all. Hey, it’s worth a shot. On the upside, door handles and side mirrors are body colour, even on the ES. 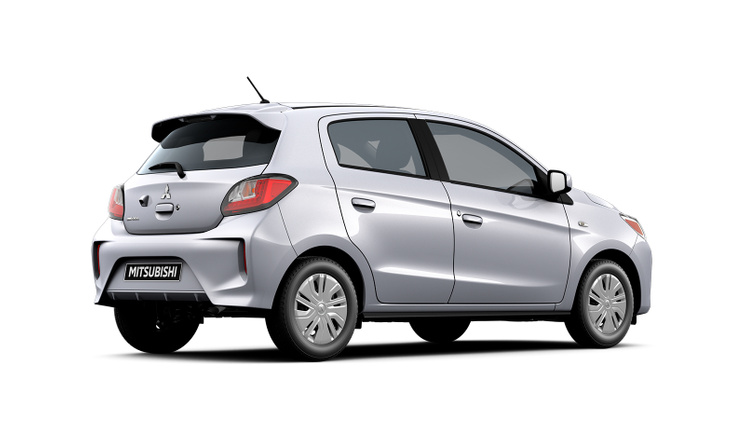 Gone are the days when a base economy hatchback was equipped like a concrete basement. A rear wiper and washer are standard (they aren’t in a Porsche 911, it must be said) as are the likes of power side mirrors and power windows for the front doors. Yes, just for the front doors. Automatic climate control is part of the deal, so owners won’t be sweating to the oldies, plus there’s an infotainment screen about the size of a new iPhone 14 Pro Max. There is a USB input and the steering wheel adjusts for reach and rake. 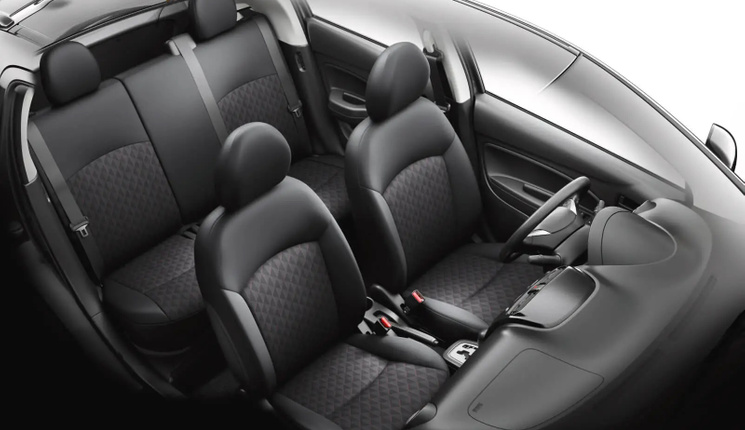 It’s tough to recommend the CVT since a manual transmission in a car of this type adds greatly to the festivities, though we get that some people won’t want to row their way though a commute on the DVP. Spending a further $2,100 on the SE trim is a tough ask at this price, especially since the powertrain doesn’t change. That model does bring power windows all around and an armrest for the driver but one can live without those features if they’re committed to budget motoring.

Our advice, then? Learn to drive a stick and select the base ES with its automatic climate control and towering fuel economy. After all, at least you won’t be shown the door like at the snooty Audi dealership.