Join the Conversation (0)
The onslaught of all-electric new vehicles is well under way, with the electron eaters popping up in an increasing number of driveways and condo parking garages across the country. There’s no shortage of ink to be spilled on the positives and negatives (pun firmly intended) of this trend but, for now, let’s focus on a relative newcomer to the scene: Polestar.

If the name sounds vaguely familiar, that’s because it was once applied to hotted-up variants of several Volvo models. These days, the brand stands at an arm’s-length from its parent, generally operating of its own accord. Choosing to simply deploy a numeral for its model names – its first car was the ‘1’, followed by this ‘2’, with ‘3’ and ‘4’ appearing soon as crossover-style rigs – Polestar is offering this tall sedan at a $53,950 before regional incentives. Not inexpensive, to be sure, but also not in the six-figure stratosphere.

At that price, one will find themselves in a single-motor car with 228 bhp being fed to the front wheels. Its battery pack is advertised as good for approximately 434 kilometres in this configuration, placing it squarely in the mix with its competitors. An extra five grand will buy an extra motor, giving all-wheel drive and a total of roughly 400 horses. Range dips slightly to 418 km thanks to extra weight and drive friction, though the 78 kWh battery is the same size. 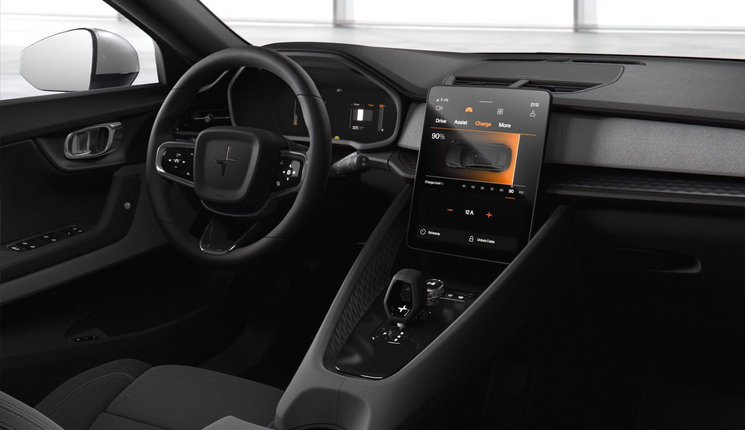 If you’re wondering, the Magnesium paint shown here is the only zero-dollar hue. Everything else is an extra 1,500 bucks. Retractable frameless sideview mirrors look great, as do the LED headlights which have an automatic dim/dip function. Those five-spoke alloys measure 19 inches on the round but 20s are available if you simply cannot bear not rolling on dubs.

The interior of a Polestar 2 exudes typical Swedish minimalism, as if someone brought an IKEA store to life and put it on wheels. This is not a complaint, since this author appreciates this type of style, but those who like their physical buttons may have something of a learning curve. Entry level trims come with an embossed textile upholstery in either grey or black on its seats, though other materials are on offer in pricey optional packages. Front seats are heated.

That 11.2-inch centre infotainment display packs a ton of Google programming, though Apple CarPlay does spring to life for those immersed in that ecosystem. There are a quartet of USB-C ports, dual-zone climate control, and a high-performance audio system bumping tunes through eight speakers. Since this car is technically a hatchback, you’ll find an Electric tailgate with handsfree opening and soft closing around back.

A trio of so-called ‘packs’ are available to layer on top of the base car, none of them cheap. The likes of adaptive cruise control and other automatic braking nannies are part of a $4,700 Pilot pack, easily identifiable from the outside by LED fog lamps and snazzier headlights. For another grand on top of that, the Plus package brings a fixed panoramic sunroof, better seats and sound, and an energy-saving heat pump for the car’s HVAC. Meanwhile, the Performance package juices the electric motors to 476 horses and adds Öhlins dampers plus gold-coloured Brembo brakes for $6,750. 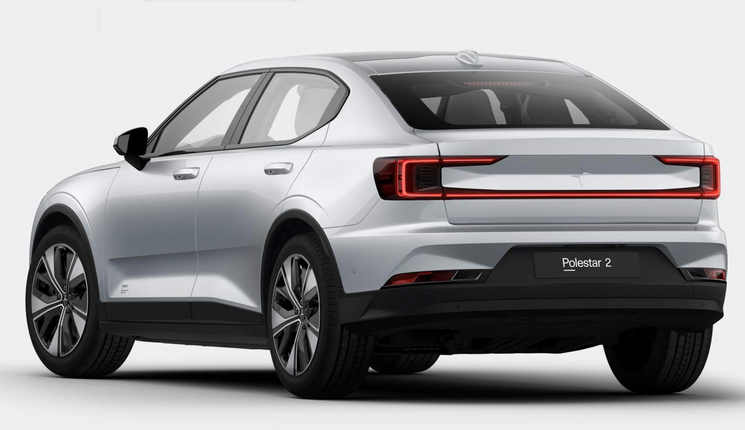 While any performance bump is appreciated by the gearheads in our office, that latter package also requires all-wheel drive, pushing its true cost well into the five figures. However, the heat pump in the Plus pack is very appealing since it will do a better job of controlling cabin temps and use less power while doing so. So equipped, the car checks in a hair south of $60-grand.