Join the Conversation (0)
Every week, wheels.ca selects a new vehicle and takes a good look at its entry-level trim. If we find it worthy of your consideration, we'll let you know. If not, we'll recommend one - or the required options - that earns a passing grade.

The funky and curiously capitalized Hyundai IONIQ 5 is an all-electric five-door vehicle with the general proportions of a small crossover and futuristic style for days. Some trims can muster an estimated 488 kilometres of driving range out of its 77.4 kWh battery, comparing well against some of its competitors in the EV segment.

Its base trim, called the Essential, is a rear-wheel drive machine whose single electric motor makes about 170 horsepower. A regenerative braking system and selectable drive modes make the most out of its 58kWh battery, a unit which is rated to provide up to 354 kilometres of all-electric driving when fully charged. It is priced at $46,951 which is a good $7,000 south of the least-expensive variant that packs the larger capacity battery mentioned earlier.

For reasons known only to stylists and designers, high-tech equipment tends to be offered primarily in stark colours like white and grey which aren’t really colours at all. The IONIQ 5 Essential is available only in Atlas White while others just slightly further up the food chain enjoy the likes of Lucid Blue and Phantom Black. All models are treated to the TRON-style design cues, including a set of tremendous tail lamps which look like nothing else on the road. Those are 19-inch alloys, if you’re wondering, and the blade-type flush door handles pop out upon the driver’s approach. 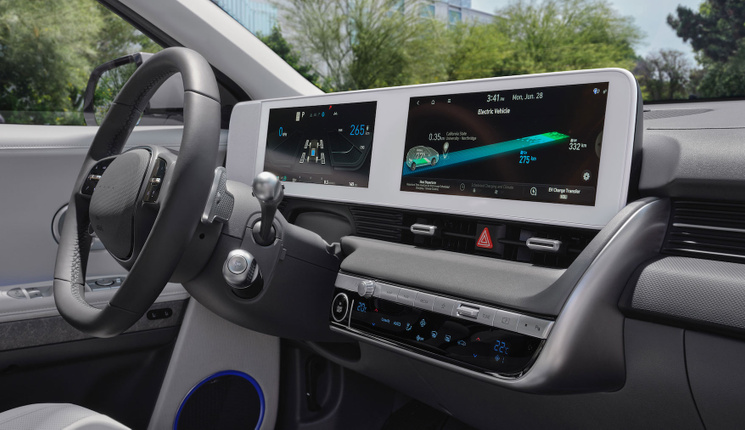 Standard kit in the base IONIQ 5 packs a suite of active driving aids like adaptive cruise control and lane keeping. A pair of crystal clear 12.3-inch screens serve duty as infotainment and a gauge cluster, the latter fronted by a leather-wrapped steering wheel. Front seats are heated, LED lights abound, and dual climate control makes sure all hands are comfy. Should the driver be aboard by themselves, it’s easy to set the system so it only blows air on that side of the car, saving precious electrons which could be better used for forward movement.

For the sake of $2,000, the next-rung Preferred trim adds a couple of nifty features including the ability to hoover up electricity a little more quickly while charging and an all-important heat pump for the car’s ventilation system. The latter is of importance since it is more energy efficient at heating the cabin than the base car’s resistive heater. In simpler terms, it’s the difference between an inefficient electric baseboard heater and a modern forced-air unit providing warmth to your apartment. 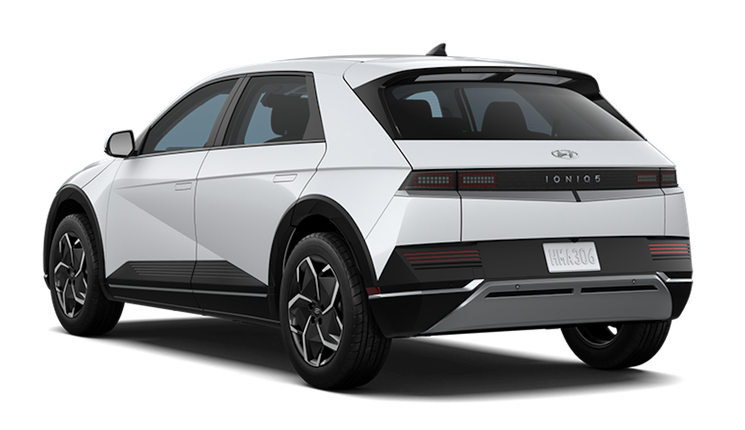 While there are a few other minor creature comforts in the Preferred trim such as a six-way manually adjustable passenger seat, it’s the inclusion of the heat pump and slightly faster charging ability which seal the deal for this author, even if power output remains the same. While you’re at it, go ahead and splurge another $200 on the nifty Lucid Blue paint.