It has been ages since the Ford Motor Company offered an actual, you know, four-door car in their lineup. Along with the popular Focus getting the axe, the diminutive Fiesta and Aston-Martin lookalike Fusion sedan were also taken out behind the barn. And now the subcompact EcoSport crossover has been given Last Rites, it falls to the Maverick pickup truck to play a role in the entry-level area of Blue Oval showrooms.

-Front-wheel drive is the only configuration offered with this engine, a revelation which may enrage burly but insecure ‘truck guys’ until they figure out the little scamp can bear 1,500 pounds of payload – a sum just 260 lb shy of an F-150 SuperCrew 4x4 with the 2.7-litre EcoBoost.

Painted silver steel wheels are a dead giveaway to this XL trim, though some fans claim to like the no-nonsense look. Kicking it old school, the mirrors and door handles on this base Maverick are black in colour, as is the grille up front. Choose a dark paint shade and you won’t notice or opt for the eye-popping Velocity Blue shown here. There are a half-dozen tie downs smartly placed in the cargo box, which itself features moulded shapes making it easy to add homemade dividers and the like crafted from a few simple boards of lumber. 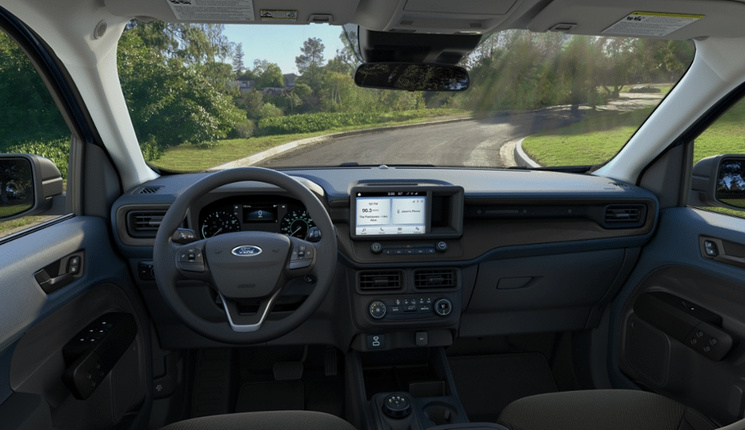 The practicality continues inside, with Ford development teams thinking ahead to the types of tasks which might be hurled at a reasonably priced and right-sized pickup truck. In fact, spaces were left which can be filled with items created on a 3D printer, such as extra cupholders or cubbies for smartphones. Infotainment is taken care of by a decently sized 8-inch touchscreen featuring Apple CarPlay and Android Auto. Air conditioning is standard, as you’d expect in 2022, but an abundance of USB ports and a rear seat which flips and folds like origami are pleasant surprises, as is remote keyless entry.

If one is looking to tow more than 2,000 pounds with their Maverick, upgrading to the non-hybrid 2.0-litre EcoBoost engine is a must. This and the 4K Tow Package doubles hauling capacity at a cost of $2,400. At that price one may as well go for the XLT trim at $32,750 with equivalent towing gear. Its extra equipment – notably cruise control and better seats – more than make up the price difference. Just be absolutely certain to splash out $220 on a sliding rear window, no matter the trim. 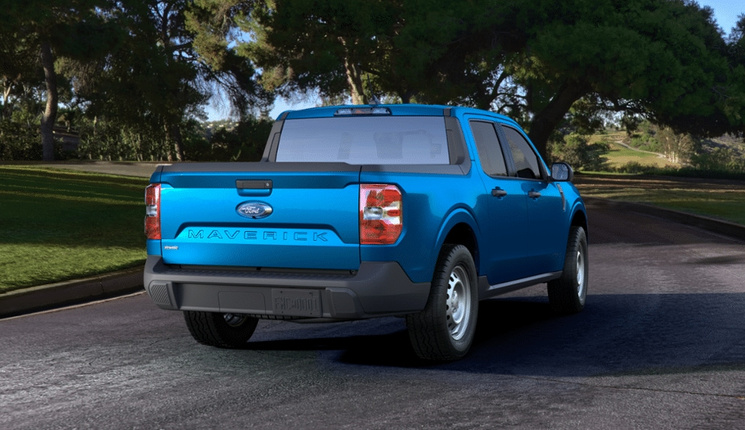 Still, if all you seek is an affordable and comfortable vehicle that’s easy on fuel and can double as a rig for making the scattered dump run, the sub-$30,000 2022 Maverick XL holds a tremendous amount of appeal.