Join the Conversation (0)
After dipping a tentative toe in the turbulent waters of EV production, many companies are now rolling out electron eaters in the shape and size most popular with Canadians – SUVs and crossovers. The 2022 Audi Q4 e-tron blends a familiar name and profile with some of Germany’s newest all-electric technology.

While the vaunted ‘Quattro’ badges do not appear with the same zeal on the Q4 e-tron’s official nomenclature, it does indeed have all-wheel drive thanks to electric motors residing both front and rear. Maybe instead of Quattro they could call it Wattro. Get it? No? Hey, where are you going? Those motors are good for nearly 300 horsepower which, when funneled through all four wheels, can sling this vehicle to highway speeds from rest in a tick over six seconds. Its battery is said to be good for 388 kilometres of driving range when fully charged. 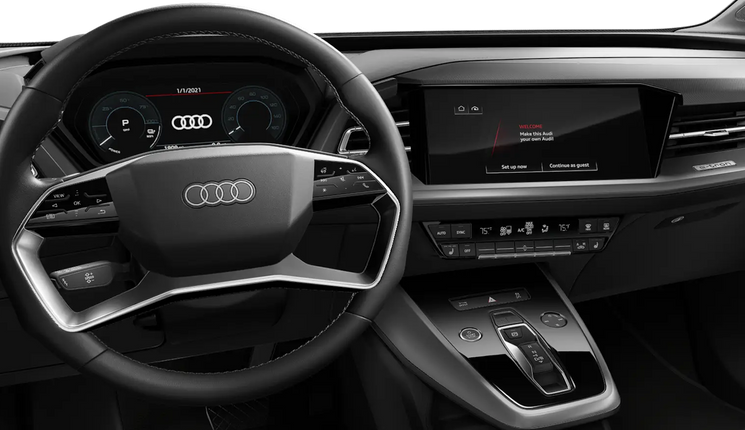 Thanks to the unique way in which the federal iZEV rebate program is implemented, all three trims of the 2022 Q4 e-tron Quattro – Komfort, Progressiv, Technik – qualify for $5,000 of largesse from Daddy Government under a purchase or 48-month lease. So while we’re focusing on the features of its base Komfort trim which stickers at $59,950, all you Bay Street types who must keep up with the Joneses (and the Dows) by selecting the top-rung trim will still get five grand off their shiny new Audi.

Komfort trim brings many goods one would expect in a premium-grade German crossover. LED lights front and rear are as much a nod to energy savings as they are to style but that fact takes nothing away from their snazzy look. Those are 19-inch wheels which apparently have a mystifying 235-section tire up front and wider 255 in the back. A panoramic glass sunroof is part of the deal, despite it being heavier than a metal top.

Cargo capacity is listed as 701 litres (24.8 cu-ft) on Audi’s website though some independent outlets have reported smaller volumes. We’ll stick with the official number until we measure one ourselves. Komfort models have leather-surfaced seats (heated up front), three-zone climate control, and essential driving aids like lane departure warning and parking helpers.

Jumping on the bandwagon of offering sport-utility vehicles with more sport and less utility, one can select the Q4 Sportback e-tron for a $7,650 premium for a vehicle whose roofline may be more appealing to some but has compromised cargo space compared to a non-Sportback Q4 e-tron. Such is the price of fashion. Meanwhile, pricing for other models in the regular Q4 e-tron’s lineup are $65,350 Progressiv or an extra $3,000 on top of that for the Technik. The former adds gear like the too-cool Audi virtual cockpit jazzier leather sport steering wheel. Popping for the Technik brings a premium sound system and ambient lighting package to make the cabin feel like EDC in Las Vegas. 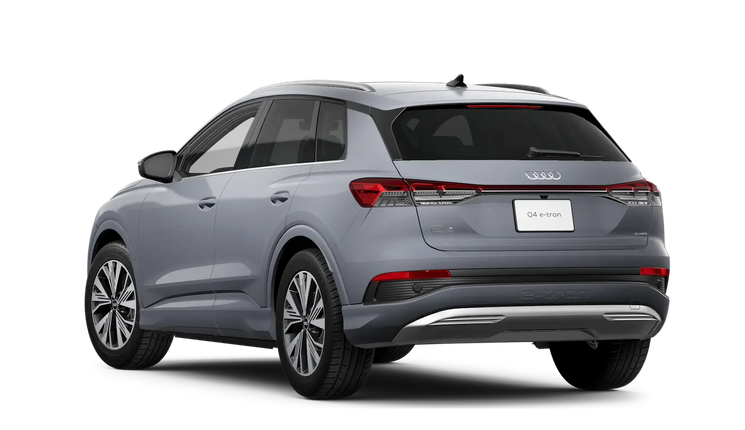 Given it is being indicated that all trims (for now) of the Q4 e-tron have equivalent power and driving range, not to mention two years’ worth of access to Electrify Canada chargers, we’ll stick with the Komfort.