A Veloster Turbo in Rally Blue

Now, for 2016, the new Rally Edition adds to the Turbo lineup, with only 1,200 built for the global market

Join the Conversation (0)
Hyundai recently unveiled a new limited-build Veloster Rally Edition with a one-off matte colour, tricked out with suspension tweaks and treated to special packaging with boy-racer styling.

I could make some cute comment about how car companies stagger model variations to keep the brand buzz alive but, frankly, I don’t think the Veloster’s novelty has worn off yet.

And it’s hard not to overuse the word “unique” in reference to the Veloster, whether it’s about the swoopy, K-tailed styling, the sleek profile or the hunkered-down, almost UFO-like rear view. 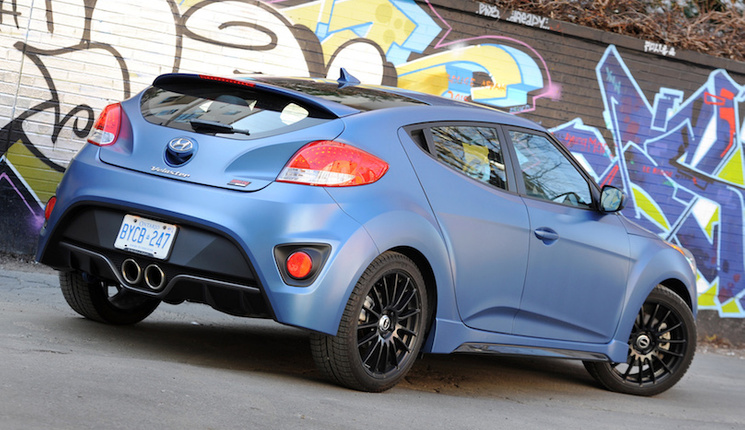 Then there’s the three-door architecture with a long driver’s-side door and two short passenger-side doors, which sounds offbeat and different but adds a little utility, unexpected in most coupes. It at least allows an easier reach into the second row for grabbing groceries or getting the offspring out of the infant seat.

ALSO READ: Tunes for the road: How we managed to haul huge music gear in a tiny Ford Fiesta


That combination of, yes, unique configuration and styling earned the Veloster a 2012 AJAC Best Design award after it was introduced to Canada. And, with subsequent additions, the Veloster carries on with a wide variety of flavours and price choices.

The 138 hp normally aspirated Veloster lineup ranges from $18,599 to $24,249 through three trim levels with graduated content levels, flash colours and with a standard manual transmission or DCT automatic ($1,400).

Now, for 2016, the new Rally Edition adds to the Turbo lineup, with only 1,200 built for the global market (probably around 200 or so destined for Canadian dealers). 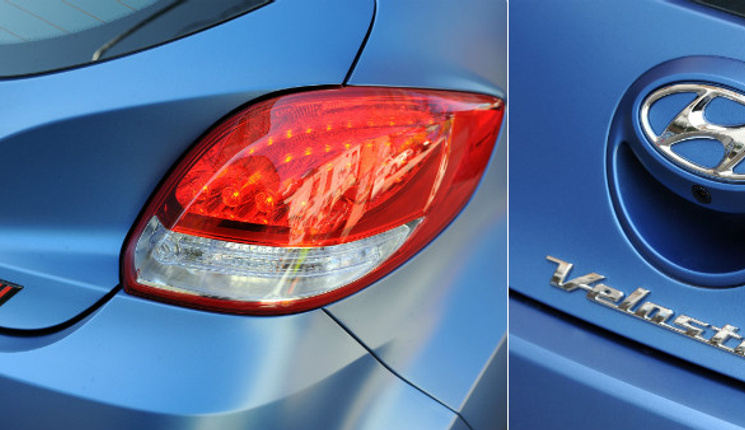 The Rally Edition’s most noticeable feature is its exclusive matte blue finish with diffused reflection qualities that soften the usual play of light along the car’s curves, lines and muscular bulges.


it’s hard not to overuse the word “unique” in reference to the Veloster, whether it’s about the swoopy, K-tailed styling, the sleek profile or the hunkered-down, almost UFO-like rear view.

A sport suspension features upgrades to the shock absorbers, coil springs and stabilizer bar for quicker response and handling and ride height has dropped by about 10 mm. Engineers also replaced the panoramic glass sunroof with a lighter, full metal roof.

And while it’s hard to pin down the total weight loss, some sources have speculated at about a 45 kg (100 lb) overall weight reduction for the Rally Edition.

The Rally Edition comes only in six-speed manual configuration, with gear changes managed through a special B&M racing shifter. The knob is just the right size, the throws are short and sharp and the interplay between clutch and shifter reminds you of just how much fun a well-driven manual tranny can be. 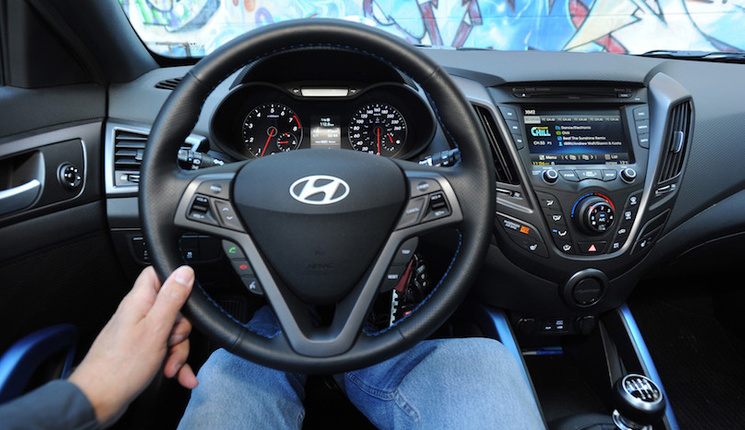 Inside, blue metal paint interior accents and blue-bolstered leather sport seats that are part of the normal Turbo packaging harmonize nicely with the unique blue matte exterior. Embroidered Rally Edition floor mats round out the packaging of this limited-production performance model.

The Rally Edition lists for $27,199, same as the starting price for the Turbo lineup and, with the inclusion of a normally optional paint job, you realize there has to be some give and take on content.

Along with the loss of the panoramic glass sunroof, the Rally Edition’s barer-bones performance emphasis deletes the 7.0-inch navigation system, the 110-volt power outlet, the LED side mirror signal repeaters and, strangely enough, the push-button ignition.


The Rally Edition was an enjoyable ride, with sportier handling to enhance its already nimble dimensions. And the turbo-powered 201 hp engine is really the only way to go within the Veloster lineup.

But the linear progression of power is really about all a front-wheel-drive sporty car, and notice I didn’t say sports car, can handle without getting all sideways and squirrely.

Fuel economy is rated at 9.4/7.0L/100km (city/hwy). My real world result averaged 9.2L/100km (comb), not unexpected considering the driving playfulness that this combination of engine and manual tranny encourages.

All in all, it makes for a nice package, sporty with plenty of attitude and roomy for two with some make-do space in the second row and 440 litres of useable hatchback luggage room. 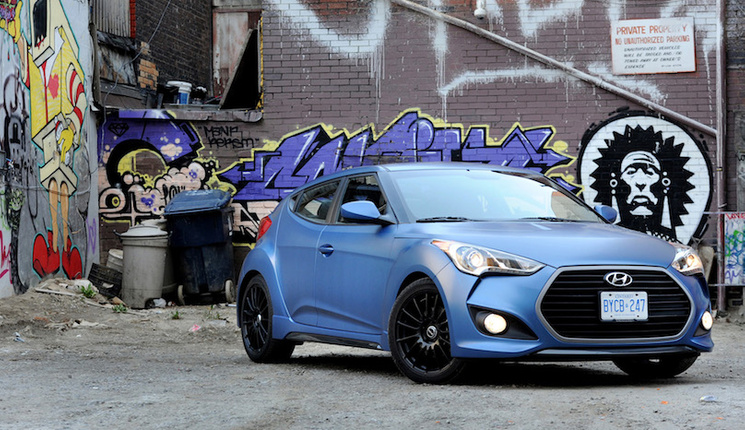 I’ve tried dusting off the ol’ crystal ball to divine the Veloster’s future but opinion is split between a possible second generation version or a gracious demise, having served its purpose as one of the tools to diversify Hyundai’s corporate image as more than just an econo brand.


But, although the Veloster has been dropped in some global markets, it has made some progress here within its narrow sales segment.

And with a dedicated, almost cult-like following among its young customer base, the Veloster’s image can only be bolstered by new versions like the 2016 Rally Edition, offering limited-production collectability, head-turning road presence, real performance tweaks and custom-like styling enhancements for its fans.