Join the Conversation (2)
With the Atlas Cross Sport, Volkswagen takes a solid concept – the high-selling, sturdy and roomy Atlas SUV – and gives it a nip here and a tuck there for a more sporty-looking, more unique take on the idea. The roofline gets a sharp rake at the rear and that’s matched by a more aggressive windshield, the third row is dropped and the Atlas gains a bit of a different vibe. My tester, meanwhile, came powered with the 3.6-litre V6 good for 276 horsepower and 266 pound-feet of torque, but you can have a 2.0-litre turbo-four good for 235 hp and 258 lb-ft – both engines make the same power here as they do in the standard Atlas and all models come standard with 4Motion AWD. 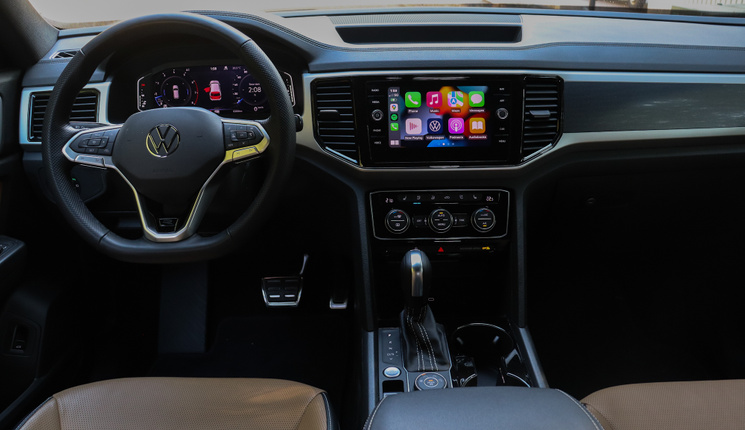 Of course, once you step inside this Atlas Cross Sport – especially in top drawer Execline spec seen here – any ideas of “Sport” kind of take a back seat to well, not “luxury”, necessarily – the VW group has the Audi Q8 for that – but “near luxury”, anyway. Two-tone heated and cooled leather seats, digital gauge cluster, aluminum pedals, eight-inch touchscreen display with wireless Apple CarPlay – you’ve got it all here, and it’s very good.

Why it doesn’t quite get the full marks required for a “luxury” moniker – in, I admit, somewhat oxymoronic fashion – is because it just feels aged. What’s endearing when it comes to the powertrain feels off-putting here; I feel like I’ve be sitting in these seats for over a decade and they’re too flat, the climate controls remind me of those seen on my dad's Passat – great car, that—circa 2003 and the native infotainment interface is still using fonts that are too small, too tame-looking – too Windows 98. No, scratch that: too MS-DOS. There is a digital gauge cluster, though, which adds some modernity to the proceedings. 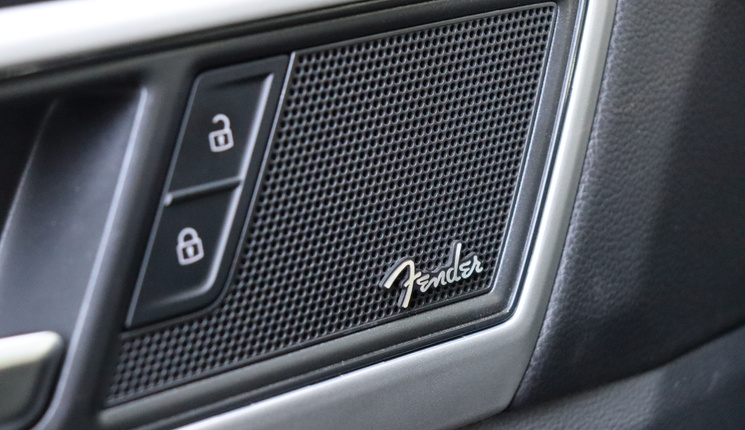 One aspect from VWs past that you do get in the Atlas Cross Sport that I appreciate, however, is the 12-speaker Fender audio system. VW is transitioning their cars to a Harman/Kardon set-up and I’ve experienced that and it’s fine, but the Fender’s system is just so crisp, clear and bassy that it really is a shame that it’s being cast asunder. The audio in here is so good that I swear I’m hearing notes and instruments for the first time in songs I’ve listened to for decades.

Space-wise, though, I take no issue; the seats may not be as supportive as they could be, but the driving position is good and the view out is right-on. The back-seat passengers get about the same headroom as they do in the standard Atlas, which is a lot. And since there’s no third row to worry about, you don’t lose much storage space to the more aggressive roofline and shorter overall length. The full-length moonroof, meanwhile, adds a nice touch of airiness that you wouldn’t expect when looking at the slightly more-aggressive-than-normal styling. The Atlas Cross Sport is big, and inside, you’ll know it. By the way: unlike some other manufacturers have done, VW is not calling this a “four-door-coupe”; it's an SUV, through and through, and that’s fine by me because I still can’t get over the fact that the four-door-coupe body style is somewhat nonsensical. 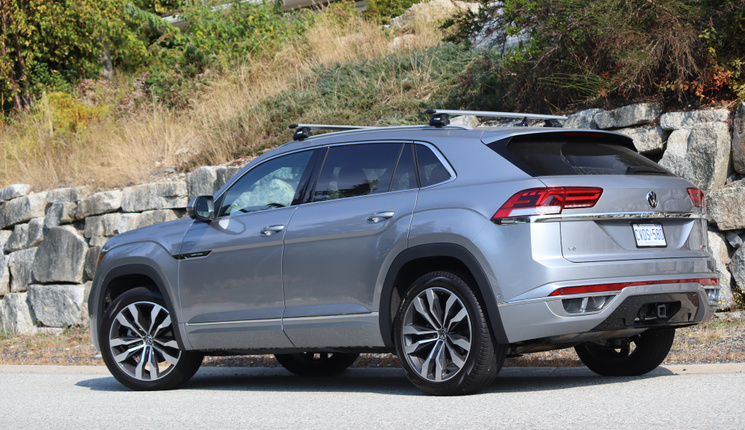 Speaking of that roofline; it is just one of the differences you’ll see between the Atlas Cross Sport and standard Atlas. You have different taillight lenses, different exhaust outlet shapes, the three-bar grille is more prominent and LED headlights come as standard and they are able to “look” around corners. It’s a finely handsome vehicle and it’s not hard to see why the Atlas is still one of VW’s biggest sellers.

While it looks big, chunky and heavy (the wheels measure 21 inches, for goodness sakes), that engine is big and chunky as well and it gets you off the line in a hurry. Being naturally aspirated, power delivery is immediate and even though the Atlas doesn’t get VW’s popular DSG dual-clutch auto ‘box, shift times are quick and paddles or not, it is fun to snap through with the gearlever nevertheless. I used manual mode way less than I would have had I had paddle shifters, but for most folks, this is probably not that high on their punch lists.

There may be no paddle shifters but there in addition to the normal, eco and custom drive modes there is a sport mode and it’s quite effective. In that mode, power delivery is sharper, the shifts are snappier and the revs are held on to for much longer for some nice and zippy progress. At 2,000-plus kilos the Atlas Cross Sport is no lightweight so I wouldn’t call it “fast”, necessarily – “zippy”, however, is about right. 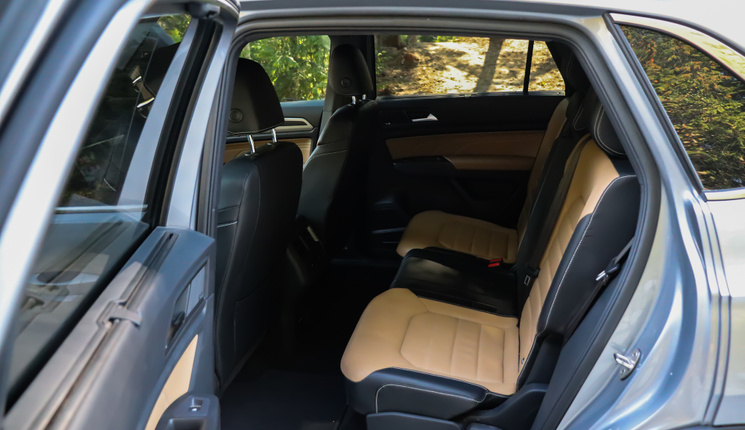 In this class, a comfortable ride is very important. And, for the most part, you’ll get it; it’s quiet inside thanks to its more slippery shape and unstressed engine, we’ve talked about the interior space and the dampers are well tuned. Unfortunately, you can only cheat physics so far and with rolling stock that big, bigger bumps send a shudder through the chassis. Other trims do get smaller wheels but if you’re going all the way to Execline, you’ll have to have a chat with your dealer if you want something smaller since the 21s are standard fare here.

Still, though; all that aside, the Atlas Sport Cross remains a pretty good buy. It starts at just over 42 grand and even when fully-equipped, doesn’t eclipse the 60 grand level before taxes. There’s a lot of content here, it’s handsomely styled and I just keep coming back to how good that engine is. Add the fact that you have to really bend the truth-slash-stretch the facts when it comes to vehicles that compete with the Sport Cross (the Honda Passport and Nissan Murano come to mind, but both are smaller than this) and you have a nice level of uniqueness – even if it is slightly old school – to boot.