Join the Conversation (0)
The Subaru Legacy GT turns into a bit of a sports sedan for 2023 with a turbo-four and sharper suspension.

Remember the Subaru Legacy? Based on sales numbers that are a quarter of the model's highs and a third of just a few years back, we're not sure people do. Buyers have discovered the Outback instead, which is now doubling the Legacy's hot years and is a runaway hit. After a week in the Legacy Sport, we think that maybe it's time to give the sedan a second chance.

Subaru gave the Outback a comprehensive refresh for 2023 and as its four-door sibling, the Legacy got most of the same stuff. A new nose freshens the car a little bit, it's also more pleasant than the odd foglight design the Outback has been given. New headlights, updates to the EyeSight driver assistance system, and the addition of full-screen wireless Android Auto are the ones that apply across the line, but there's one trim grade that got our attention.

GT trim, for the 2022 Subaru Legacy, meant nothing more than a few cosmetic changes. You didn't even get the turbo engine, instead, it was the 182 hp 2.5L flat-four that carries over in basic models this year. 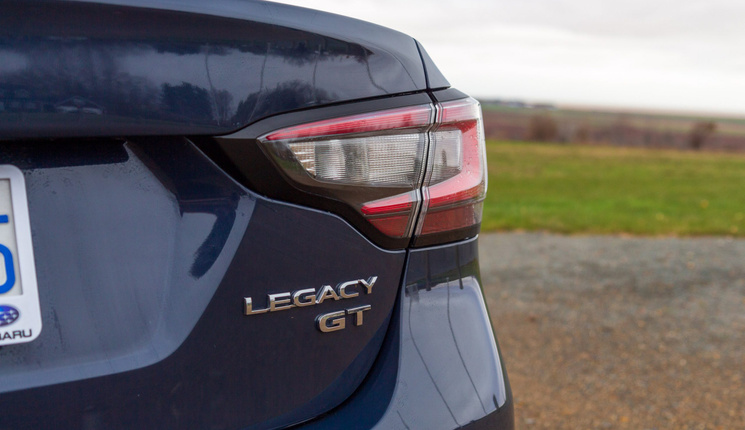 For 2023, Subaru remembered that it has a long history of building AWD sports sedans like the Legacy Spec.B and decided it was ready to have another go at it. Starting with the 2.4L turbocharged flat-four that is the same engine as the full-size Ascent and very closely related to the engine in the rally-special Subaru WRX.

It makes 260 hp and 277 lb-ft of torque, about a dozen horses fewer than a WRX but about the same in torque. It also doesn't need premium gas (WRX does), but delivers the level of performance you expect to get when you cram the engine from the biggest vehicle in the lineup into a smaller sedan.

The Subaru Legacy GT won't give you a WRX-style flat-four brap - Subaru kept the exhaust quiet on this one - but it will shove you forward into the scenery. The engine doesn't have a high redline, and it is burdened with a CVT, but it is peppy and makes all the right noises when you have your right foot down. 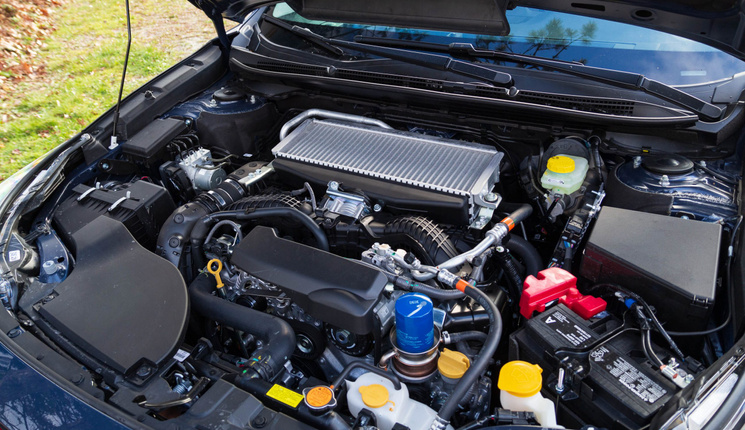 Even the CVT, a gearbox type we normally can't stand, does a good job here. Subaru has given it the S# or Sport Sharp drive mode like the WRX and that comes with some excellent transmission tuning. In S# the CVT doesn't get to drone, instead, it rises very quickly into the power band and then stays there. The revs climb slowly, like you're pulling against a very long highway gear, but without the slow acceleration or lugging that normally comes with pulling against long gears.

In the regular mode, the CVT will do CVT things but you won't notice them in normal driving. In S#, this 'box is nearly as sharp as the WRX's.

To go with the big engine, the Subaru Legacy GT gets a firmer suspension. Subaru calls it "sport-tuned" which is normally marketing speak for "annoyingly stiff but still not a sports car." Here, it comes with Subaru's typical long-travel suspension comfort. The tuning lets the car roll a bit less and ensures it can stay better planted when the road goes up, down, and sideways. Crucially, it doesn't lose what makes Subarus ride so well. Like the WRX, it feels perfectly happy on a gravel road. Maybe a bit happier, because it's a bit softer. Call it more grown up.

GT trim comes with a set of perforated leather seats, too. The seats have all the big adjustments, plus a thigh bolster extension that helps tailor them for long and short-legged drivers. The seats are plush but still bolstered enough to give you support. The light grey contrast stitch is another part of the package and helps the GT feel just a bit more special. 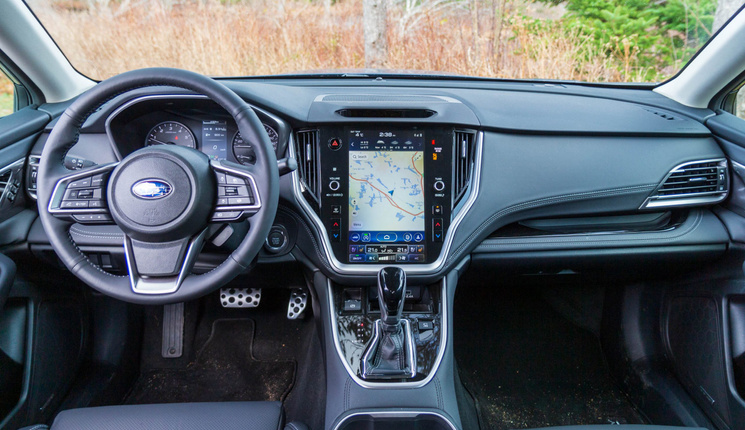 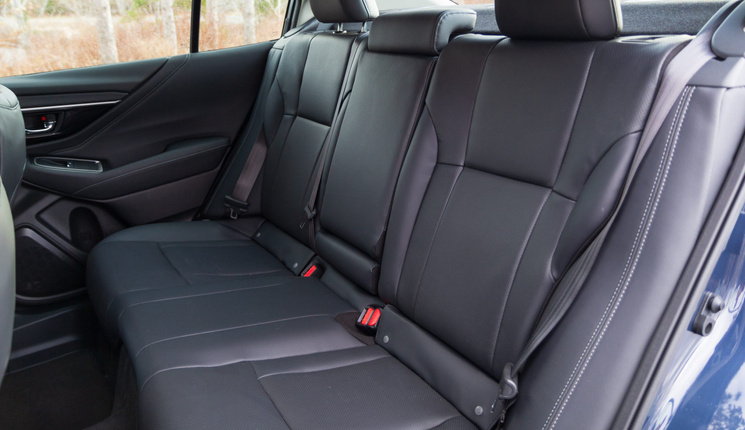 The Legacy gets a big and comfy cabin. That sounds obvious when you're talking about a full-size sedan, but these days many sedans trade style for practicality and cut into the passenger space with low rooflines and sleek pillars. Not so for Subaru.

Every Legacy gets an 11.6-inch screen with a portrait-style layout. A band at the top can scroll between multiple pages of information like steering angle, fuel economy, and the weather forecast. The driver can pick through about a dozen different offerings. At the bottom, controls for the HVAC system are always on display including buttons for seat heating and ventilation.

Most of the screen space is taken up by the navigation system's map or by the now (nearly) full-screen Android Auto and Apple CarPlay display.

This is largely the same system as last year, minus the changes to allow wireless phone connections. Like last year (and the same screen in other Subarus) it has more lag than we would like to see in a modern infotainment system. That especially applies to making changes to the seat heating, where you'll need to wait a few moments if you want to, say, go from off to the lowest level. Subaru has also gone with very large icons and fonts on the system, which makes it look more low-resolution than it is. A bit more flash here would be welcome. 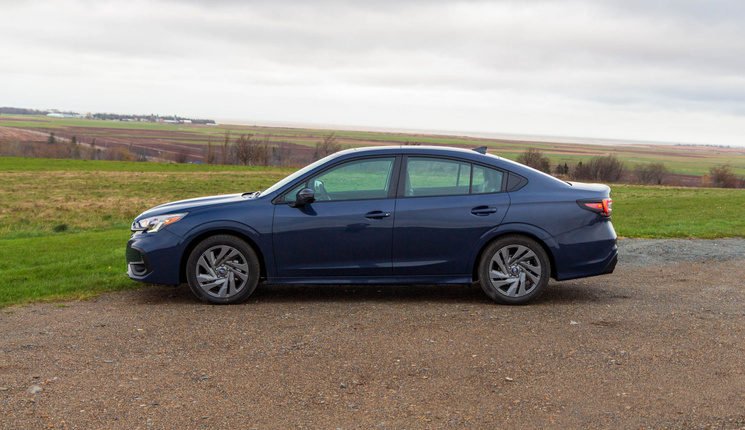 Subaru includes its EyeSight system of driver aids as standard equipment across the board, but there are still some bits reserved for higher-spec cars. Adaptive cruise, lane keeping, and auto high beams are all in the standard kit. Subaru's DriverFocus Distraction Mitigation System is only on Limited and GT. The system does a great job watching the driver to make sure they're focused on the road and not their phone, sounding a warning if you look away for too long. The facial recognition system can also store multiple driver profiles, linking radio presets and other features to your facial scan.

Apart from the fun-to-drive GT trim, the biggest difference between Legacy and Outback is in the back. The Legacy's trunk holds 428L of cargo, with a split-fold rear bench to help you fit even longer items. Of course, it can't manage to cram as much as the wagon (sorry, SUV) sibling, but it's still got plenty of space.

The trade-off is about 100 kg of curb weight, enough for you to notice in the ride and handling. The lighter car is more agile, boosted by that new suspension. It's also better on fuel, managing 10.1 and 7.5 L/100 km city/highway to Outback's 10.6/8.1. The non-turbo cars have about the same gap but a much thriftier figure overall: 8.7/6.7 city/highway for Legacy. In our driving, we saw mid 8's, much better than our last Outback outing. 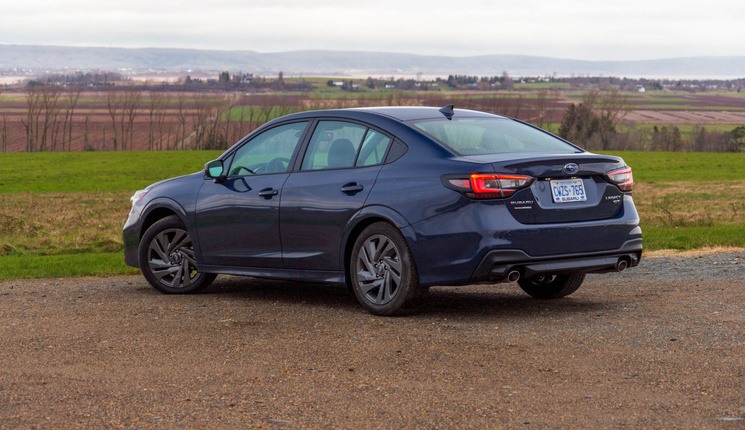 Legacy used to offer a much more appealing starting price, too, but that's gone for 2023. Not because the Legacy's prices have climbed, but because the number of trim levels has shrunk. The entry-spec 2023 Subaru Legacy is the Touring grade, which gets you loads of equipment like heated seats and wheel, the big screen, and steering-responsive LED headlights.

The starter Outback is the Convenience trim, which does without the large screen (it gets two 7.0-inch displays), has steel wheels instead of alloys, no wireless charger, and single-zone climate control for nearly the same money.

There are six different Outbacks plus the Wilderness. There are now just three Legacy grades, Limited, Touring, and GT. The first two get the 182 hp 2.5L flat-four and GT has the turbo. 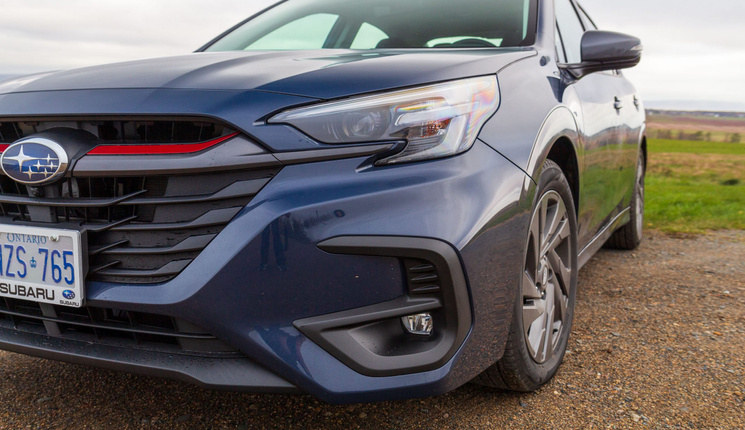 Subaru's changes to the Legacy line for 2023 have made small but significant improvements to one of the last large sedans on the market. The GT trim, though, is the best part of the new package. Offering a spiritual successor to the Legacy Spec.B, it is a grown-up WRX that gives you something to move up to when the family (and maybe your comfort tolerance) outgrows that compact rally special.

Even against disappearing competition, just being there is not enough to convince many buyers. The 2023 Subaru Legacy makes that very clear by not just showing up, but by staying fresh and leaning into what makes sedans so great. And unless maximum cargo space is your primary need in a vehicle we always prefer a sedan to a crossover.