Join the Conversation (0)
Madrid, Spain – For 2023, the Range Rover Sport is getting a comprehensive update that keeps everything we loved about the older model – style, prestige, power – but adds a new twist in the form of a plug-in hybrid (PHEV) variant. Oh, there’s still a 500-plus horsepower twin-turbo V8 if you want it (though available only on the $133,650 P530 First Edition model), but with 434 horsepower on-tap, the P440e PHEV ($123,050) is no slouch.

In fact, of the three available powertrains (there’s also a mild-hybrid P400 six-cylinder turbo entry level model that’ll run you $101,750), the P440 plug-in hybrid variant could be the sweet spot with a great mix of power, luxury, and efficiency thanks to its ability to cruise for up to 88 km on EV power alone. 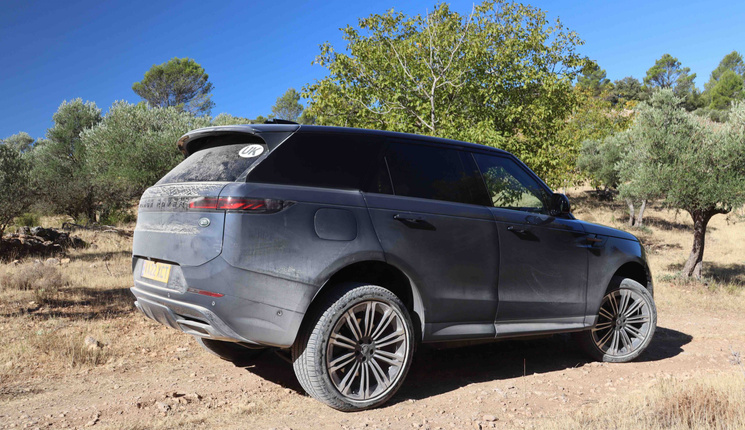 Styling-wise, there are a number of details that stand out but the overriding theme is one of contrast. The black side grilles, hood intakes, Range Rover script, grille, wing mirrors and everything above the beltline gets blacked out and makes for an athletic look.

As eye-catching as all that is, the 22-inch split-spoke wheels are the real draw that help to pull the profile down further to the ground below, adding muscle, poise and panache to the package. The Pirelli Scorpion all-season rubber on our tester is fine. At 2,658 kilos it is the heaviest Sport model you can get, so you can be darn sure that it’s going to put its tires to the test when you start to push.

Inside, we find all the customary Range Rover stuff we love: top-class leather seating, panel gaps so tight you’d have a hard time jamming a playing card in, some great carbon inserts whose finish look like something you’d see on a granite coffee table – how cool is that? – plus some interesting bits like partial fabric door liners which you’d think would look cheap, but somehow work in these environs.

There are also a host of digital displays but there are less than previous, as the old model’s dual-screen centre stack now sees its lower screen swapped for two large dials and a touchpad, while the main display has grown larger. You can also get a digital rear-view mirror that provides a wider angle, unencumbered by the rear window frame, tall cargo load – or tall passengers.

Apple CarPlay and Android Auto are also here and can be paired wirelessly while the wireless charge pad itself is tucked nicely underneath a panel that holds the volume knob, on/off button, drive mode dial and from which sprouts the electronic shift lever.

While I don’t love that some of the climate controls – the windshield de-icer, defrost, others -- are part of a touch panel, it’s nice that the two main dials swap between your seat heater and ambient temperature controls, helping reduce clutter. 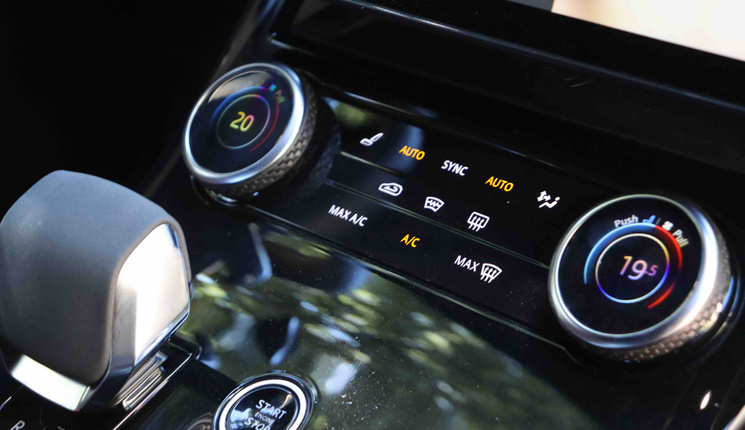 The main infotainment display is an elegant, concave item with sharp graphics and nicely sensitive touchscreen. It’s a very elegant affair, even more so as it’s no longer fighting for your attention with a lower screen, which looked somewhat cheap and became a mess of fingerprints right quickly.

At low speeds in the normal drive mode – set by pressing the drive mode button down – the Sport is a proper Range: smooth steering wheel action that is a low-effort pleasure to spin, a mostly good ride that only gets upset over the harshest bumps – likely because of that huge rolling stock – and providing a great view outwards even though the windows are a little smaller than its non-Sport sibling.

The Sport pulls gamely enough through tighter curves as the strong brakes help reign it in for the corner and the big power pulls you gamely out.

It’s on the longer sweepers where chinks in the armour begin to show, revolving not so much around the weight, but around the steering. Even in Sport mode, there’s too much of an off-centre dead zone meaning what feels like smaller corrections become larger ones once the front end begins to engage, and that means more corrections through these longer corners. It’s then that the weight becomes a bit of an issue because all those little corrections lead to body movements and as these get more repetitive, things get a little more unsettled.

The situation is aided, however, by the addition of rear-wheel steering, which turns the rear wheels in the same direction as the front wheels at speed to help stabilize the Sport through turns. At lower speeds, meanwhile, they can swivel up to 7.3 degrees in the opposite direction of the fronts to help shrink the turn radius. 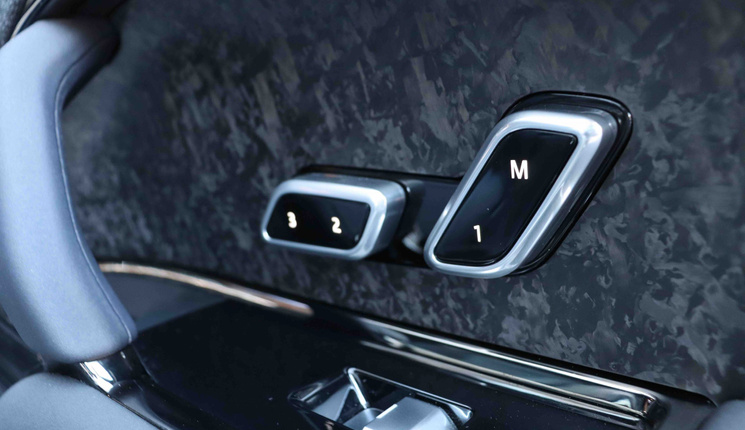 The P440e adds a 104 kw EV motor attached to the transmission and 38.2 kWh battery to the proceedings, which combine to make 434 horsepower and 457 lb-ft. The highway driving we mostly did had us going from 100 per cent charge to 17 per cent over just under 150 km and while that wasn’t in full EV mode the whole way though, it does bode well for the P440e’s performance in slower traffic, where EV powertrains excel.

Speaking of EV driving: drivers do have the ability to select an EV mode, and it will stay in EV mode even if you select the Sport drive mode. Even dumping full throttle didn’t cancel it out, and it stayed in that mode until we selected “S” on the transmission, at which point it did revert to Hybrid mode. There’s also a “Save” mode that will ensure you maintain a charge until you most need it, say when trudging through rush hour traffic. Speaking of maintaining a charge: you can plug the 440e into a DC fast charger; that’s not something that can be said for your typical plug-in hybrid vehicle, which usually cap out at Level 2 240V chargers. 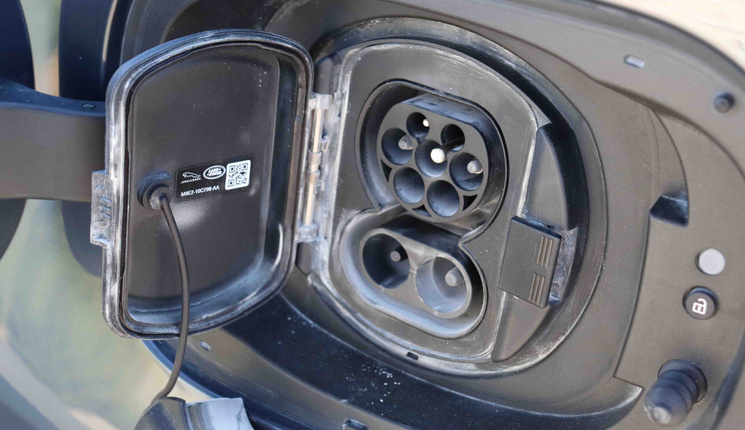 We were able to take the P440e’s slightly more powerful (and not for Canada) P510e variant off-road, where we got to test the 274 mm of ride height the Sport gets in its highest setting, the hill-descent system and off-road drive modes.

The hill descent control system is automatically activated when you select low-range mode via a button press, and you can easily select the speed at which you want to travel by toggling the cruise control speed. That means you can take your feet off the pedals and focus on the steering, while cameras looking forward and over each front wheel help you place the Sport within inches of the various obstacles a good off-road trail will fling at you.

We covered it all; steep descents, tight hairpin turns (thank you, rear-wheel steering), climbs and even mogul-style “elephant track” bumps. The only thing we weren’t able to put to the test was the 960 mm wade height but after the way it handled itself on all the other obstacles, you know the Sport would be good for it when it comes time to ford a river, too.

At the end of the day, the P440e PHEV is probably the one that’s going to appeal to the greatest buyer group – with EV range like that and the ability to be fast-charged are an additional two arrows in what is already a formidable quiver.