Join the Conversation (0)
While the legendary Range Rover was given a complete redesign for 2022, we’ve had to wait until 2023 for the plug-in hybrid version to make landfall. Well, with the 2023 model year fast approaching the Range Rover is getting an electrified powertrain that provides the all-EV driving more and more luxury buyers are flocking to these days, but with some deep-chested internal-combustion power to back it up.

For 2023 the Range Rover has been given a more modern look. It’s much smoother looking than previous; the door handles sit flush to the panels around them, both the head- and taillights are a fairly low-profile affair and the u-shaped inserts on the leading edge of the doors are a great touch. 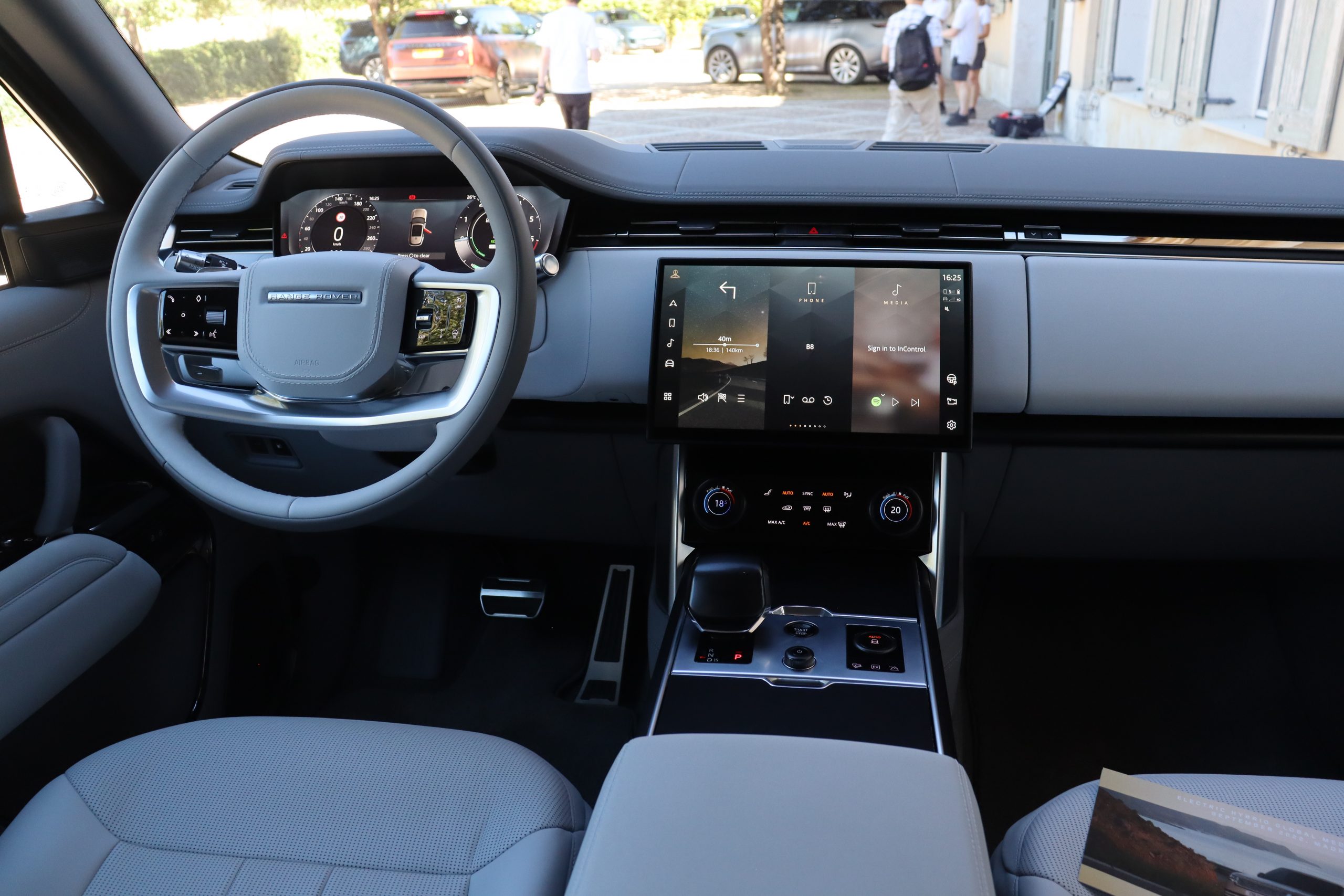 Inside, it should come as very little surprise that all the stops have been pulled out, especially in the SV version seen here.

It’s here where a vehicle from Land Rover’s Special Vehicle Operations (SVO) department really stands out. The semi-aniline leather, mixed with a touch of sustainable synthetic material, the thick carpeting, the reclining back seat with its footrest and digitized seat controls – all of it comes together to form a vehicle that is the definition of luxury. We’ll have to wait a little longer for the plug-in version of the SV to arrive on our shores but if top-flite luxury is what you’re after, Range Rover is obliging with the V8-powered P530 SV for North America right now.

In all Range Rovers, meanwhile, the dash aesthetic can best be describes as “minimalistic”, that is to say by using a good mix of touch displays and more traditional knobs and buttons, the Range Rover’s dash is uncluttered, but not so full of touch displays defaced by greasy fingerprints. Indeed, if you’re a Range Rover owner that happens to pay a driver (or a limousine company that operates one), you don’t want a bunch of bright screens and flashy dash jewellery serving as distractions. 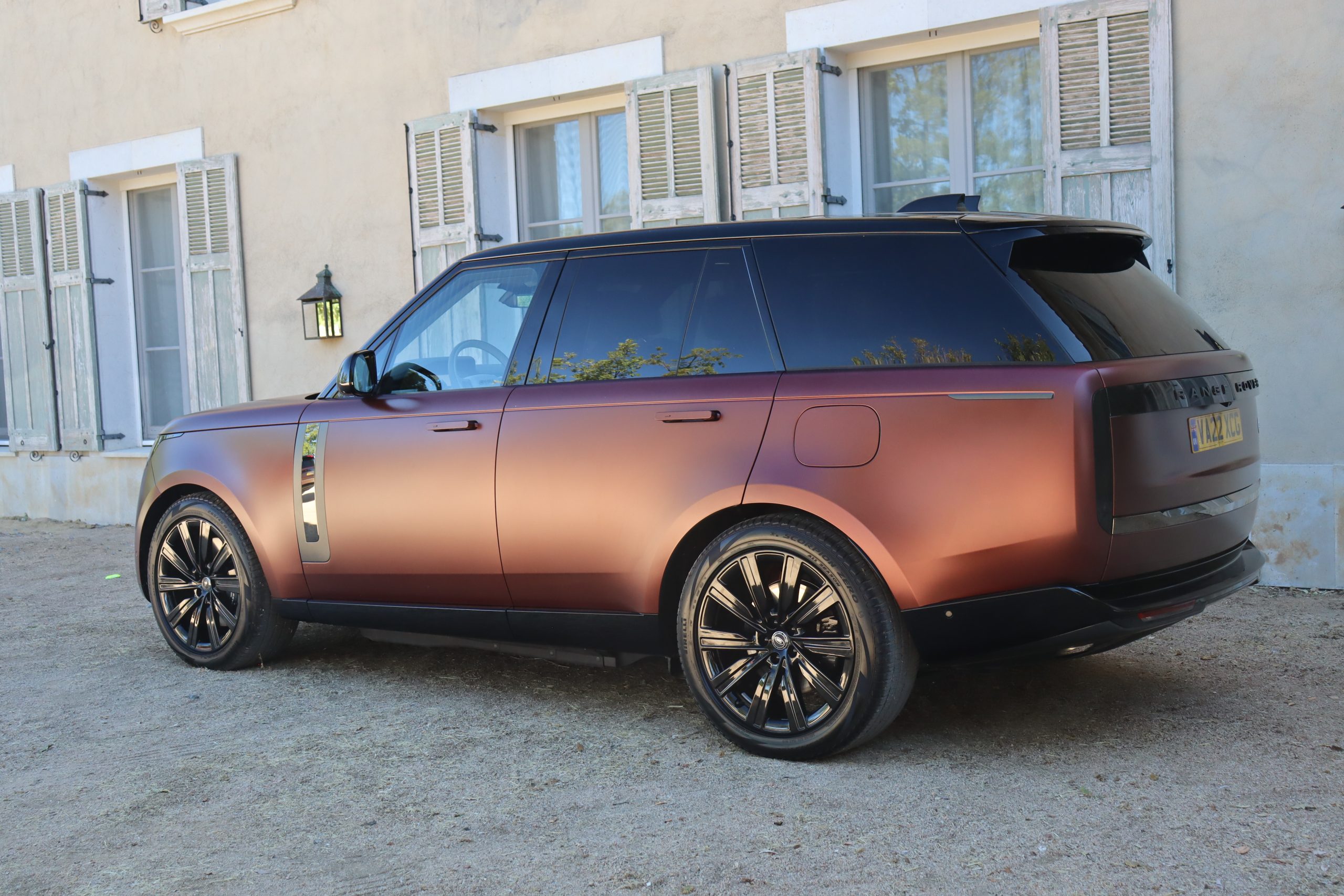 A big move Range Rover did to reduce this was to replace the lower digital climate control touchscreen display for a pair of dials and a few choice buttons. By pressing either dial, you can have it control your climate control or your seat heater control. Indeed, time spent inside a Range Rover (especially if you spec that reclining rear seat option) is properly Zen-like for passengers and drivers, from the low-profile shift lever and drive mode select knob that retracts when not in use, to the single-spoke steering wheel, to the low-profile HVAC vents. At 13.1 inches, the main touchscreen display is the biggest ever seen in a Range Rover, and its convex surface and hi-res graphics do well to keep everything tight and controlled, and the display is responsive to touch commands.

Of course you can always activate wireless Apple CarPlay instead, but this is such a slick system that I wasn’t quite as quick to do so as I usually am.

The Range Rover PHEV is no lightweight – it’s a lot of truck, a lot of leather and a lot of battery – but it’s the way it deals with that weight that’s so impressive. The adaptive dampers and air suspension is so quick to react that body roll is beautifully countered through long sweepers. 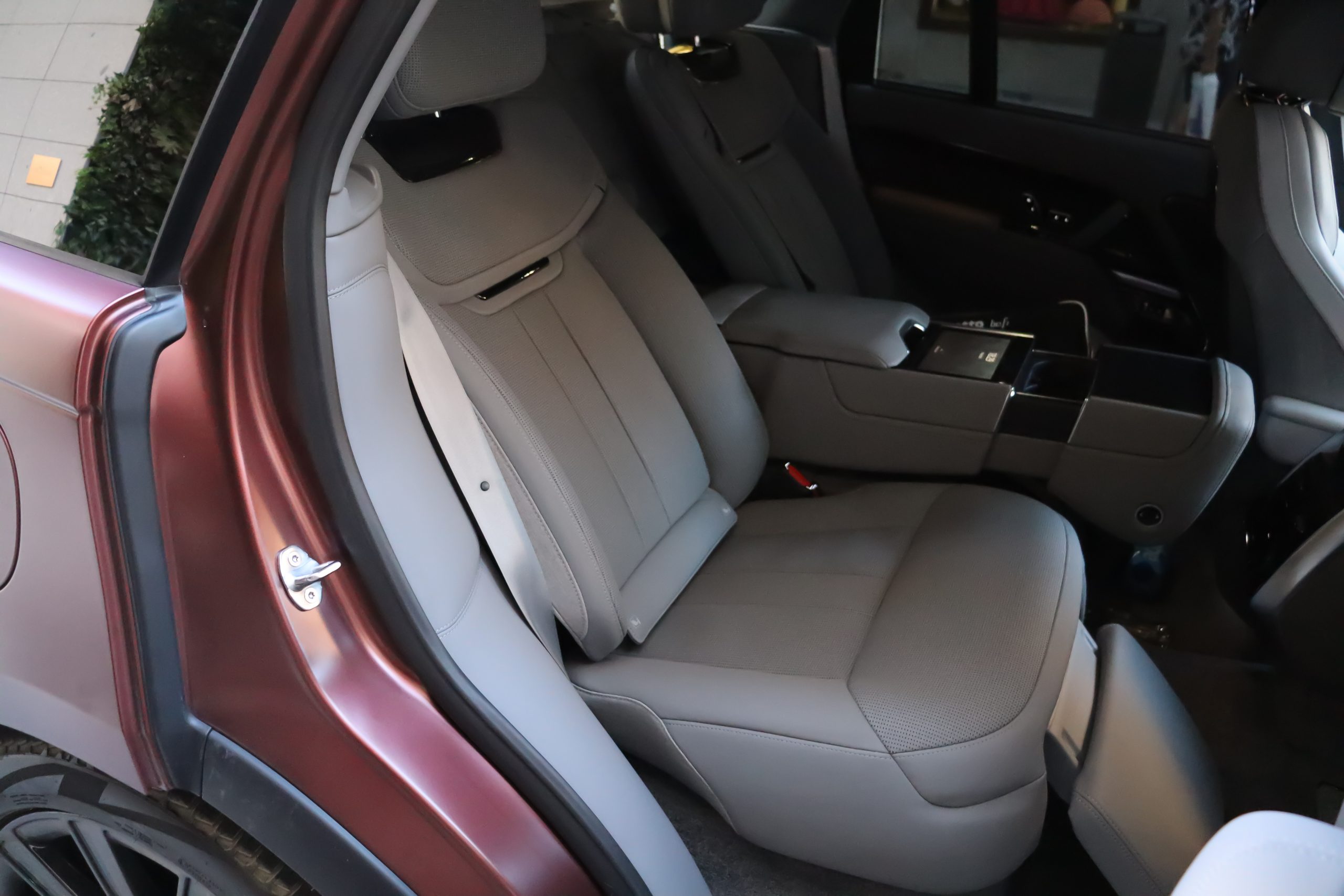 That’s impressive. More impressive for me, however, is how those dampers come in to play under braking and acceleration. Typically under braking in a big vehicle like this – or any vehicle, for that matter – you’ll get dive as the weight flows forward. That’s just physics. What Range Rover’s done, however, is bring those dampers and air suspension in to play to firm up a little under braking so there’s almost no dive. It’s an uncanny feeling to know that you’re slowing down, but mainly because the scenery around you is slowing down as opposed to your frame being thrust forward. It’s the opposite under acceleration so that you don’t have that squat when you hit the go pedal. Top marks.

Power-wise, you’ve got good ol’ gas power doing the lion’s share of the work, that 104 kW EV motor steps in to help you jump off the line that much more quickly and also to reduce power delivery lag in-between shifts. It smooths everything out and makes for some continent-crushing motive force, done so with maybe a little growl on throttle tip-in, but mostly with a gentle purr. This is a luxury cruiser, through and through and with that EV backup, one that can cruise for about 50 km on EV power alone and can be charged at a DC fast charger. That will get you from 0 to 80 per cent of charge in less than 60 minutes. After that, just let the smoothly delivered 434 horsepower and 457 lb-ft of torque whisk you to the ball in a cone of calmness. 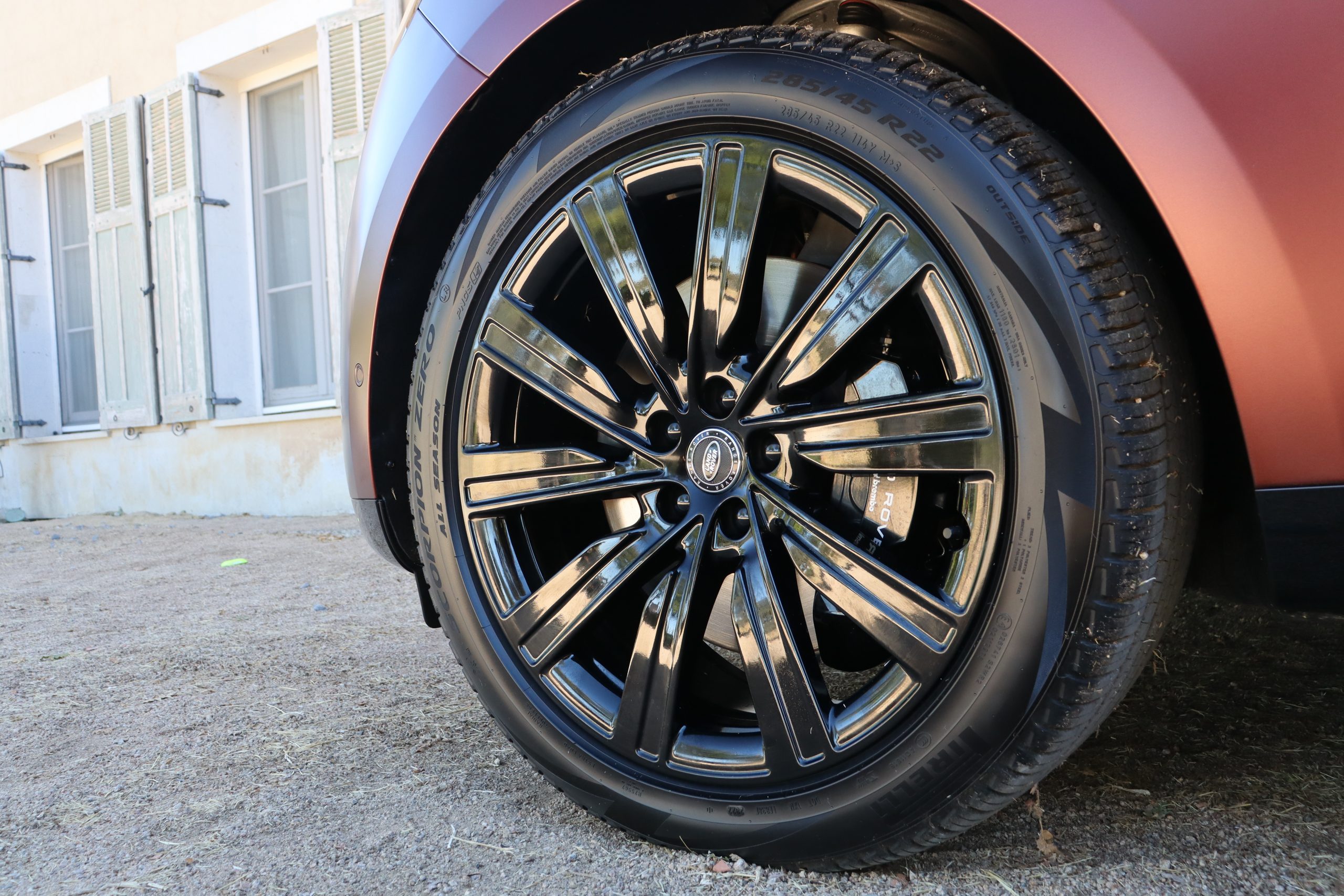 A luxury cruiser, to be sure, but it’s also a Range Rover meaning it needs to be able to handle itself off the road as well. To answer that bell, the Range Rover can wade in up to 900 mm of water and with drive modes like rock crawl or mud and rut, it has the chops to scrap with the loosest and most gnarly surfaces Mother Nature elects to throw its way. Add a smart hill-descent control system that handles braking, throttle and the transmission while you focus on steering and you have a truck as comfortable on the gravel as it is on the strip.

Bottom line is this here covers all the most important Range Rover bases in spades. It has the styling, it has the power, it has the off-road chops and now it has that PHEV boost to really put it over the top. None of its competition from Mercedes, or Bentley or even Rolls Royce can make that claim, putting this vehicle steeped in SUV tradition, right at the front of the modern SUV pack.