GLB-based EQB is Mercedes’ most affordable electric to date.

Join the Conversation (0)
Stuttgart, Germany - It’s not unreasonable to suggest that if this country is intent on converting large swaths of new vehicle sales to all-electrics by the year 2035, the industry must start cranking out models which are far more mainstream – in addition to the moonshot cars which currently occupy the space, of course. It’s all well and good for a company to produce a six-figure electric pickup truck which can accelerate to felonious velocities in 3.9 seconds, but the market’s bread and butter will be comprised of – quite literally – bread-and-butter models.

That’s why we were glad to jump behind the wheel of the 2023 Mercedes-Benz EQB 350 4Matic. Now, before all hands start writing letters and hurling stale Vachon cakes at your author, we know the tri-star brand is very much an aspirational one and not exactly a vehicle one buys on their lunch break. However, the M-B lineup includes vehicles which are so-called ‘stepping stones’ to their top models and the gasoline-powered GLB compact crossover – brother to the all-electric EQB we sampled – is precisely one of those machines. Perspective’s a funny thing, eh? 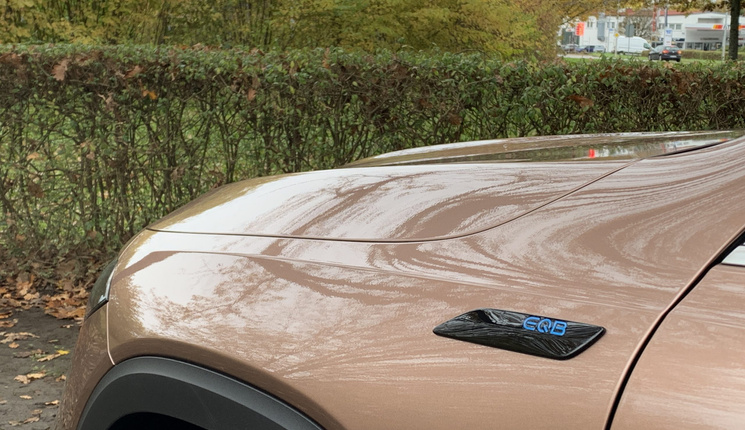 It’s vehicles like the EQB which are likely to eventually comprise a large chunk of Mercedes EV sales in Canada. Based heavily on the GLB gasser, the EQB shares much of its sheet metal and overall dimensions with that rig. This is great news for shoppers (and there are a lot) who don’t wish for their new electric car to resemble a science project. The square-jawed EQB does receive unique styling features shared with other members of Merc’s EQ family, such as a glossy black panel in place of the front grille and a set of taillights around back tied together with an LED light stretching the width of the car. The brand will even affix AMG-esque design details to the grille and aprons as part of a Sport package. In other words, it looks every inch a Merc – without shouting about its EV credentials.

At each axle of this 350 4Matic is what Mercedes calls a “permanently excited electric motor” (we wish more things in our lives were permanently excited) which tag team to provide a wholly reasonable 288 horsepower and 384 lb.-ft of torque. This setup assures the presence of grippy 4Matic all-wheel drive. A function called Torque shift seamlessly and intelligently sorts out which corner to best funnel power, creating an invisible experience for the driver and their passengers. A trio of drive modes, plus an Individual setting fettles with throttle response and regenerative braking; it’ll surprise no one we preferred the throttle immediacy of this car’s Sport setting. 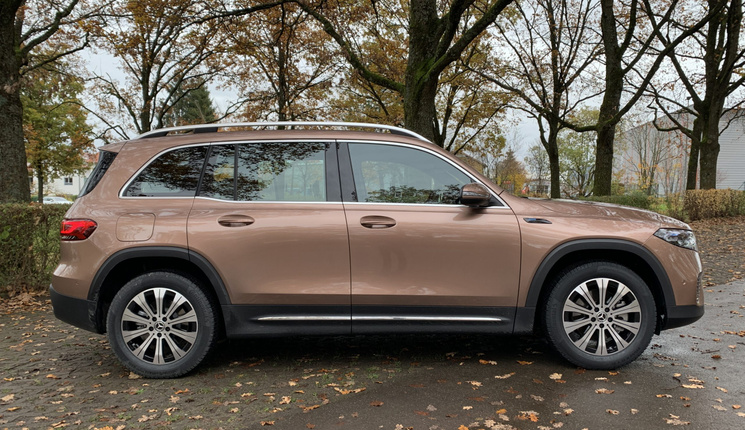 Speaking of regenerative braking, the EQB 350 4Matic has a trio of regen strengths, controlled by steering wheel paddles and gradually increasing in aggression from nothing at all to throwing out an anchor when letting off the accelerator. It’s worth noting that true one-pedal driving is not present, since the EQB cannot come to a complete stop on its own. The most interesting setting is Auto, tied to the navigation system and making its own choices about the level of regen based on traffic patterns and topography. There may be, for example, times when it is more efficient to coast down a hill rather than harvest electrons. While we understand the concept, the constantly varying pedal feel was off-putting and a tad unpredictable. Perhaps it would be more suited when taking the same route to the office each day, or in a delivery van where the driver covers an identical path during each shift.

Packaged neatly under the floor is a high-voltage lithium-ion battery with a 70.5 kWh usable capacity. Car companies generally leave a bit of juice in reserve, if you’re wondering why the prefix “usable” appears in the last sentence. The battery weight is 469 kg (just over 1,000 lbs) if you’re wondering. Mercedes says this liquid-cooled unit is good for 365 km on a full charge, a number supported by the eggheads at EPA. In our testing which involved a roughly 140 km mix of rural roads and highway slogs, the EQB 350 showed we still had 197 km to empty. Close enough, especially since we started the day on a not-quite full charge and the cars’ readout suggested our drive consumed 21.2 kWh / 100 km – so the math checks out. The EQB can juice from 10 – 80% in about 45 minutes provided the owner is using a 100kW Level 3 fast charger. 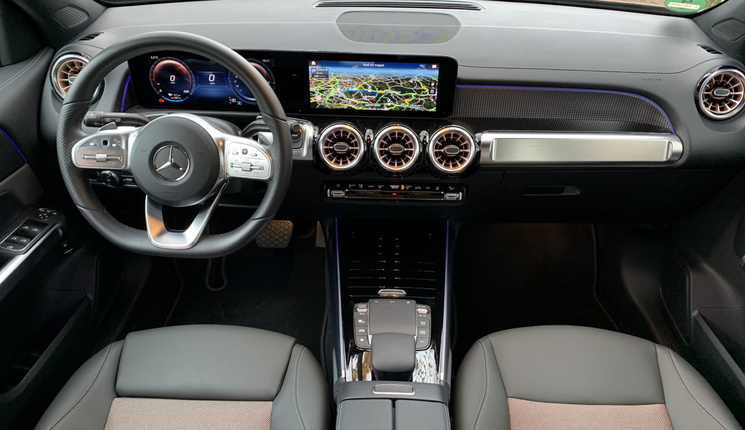 Its cabin is typical Mercedes – which is to say filled to the gunwales with premium materials and more ambient lighting than a hipster’s basement. Whilst its dimensions say this is a compact crossover, and there is indeed only 27.3 cubic feet of cargo space behind the second-row, this 6’6” writer has no problem getting comfortable in the front seat of these sunroof-less test cars. Headroom is often at a premium in this segment, but EQB owners can go ahead and wear that 10-gallon hat they brought back as a souvenir from Texas. There will be a three-row option, and Mercedes insists that humans up to 1.65m can comfortably inhabit that area, but our testers were denuded of this option. With those stats, we will wager it’s a kids-only zone.

The engineer’s vexing trio – noise, vibration, and harshness – have all taken a sabbatical in the EQB 350. Road noise was muted, despite our cars wearing Continental winter tires which were seasonally appropriate but tend to be much louder than their fair-weather cousins. It’s a great environment in which to enjoy what’s quickly becoming a Mercedes EQ signature – ambient lighting which moves well beyond a smattering of LEDs. In here, a cohesive display of colour schemes gives structure to the interior which can alternate dynamically or illuminate several areas in different colours. Calling for warmer or cooler temps from the ventilation system produces an animated red or blue streak running along the dash and door panels. Luddites can turn off the works should they find it distracting. 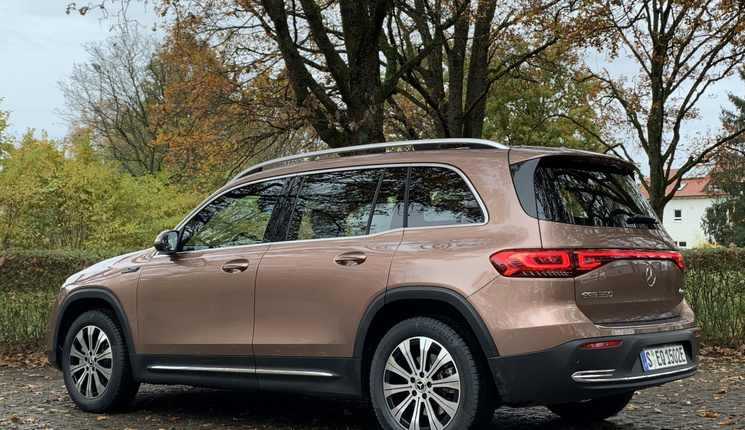 Its infotainment system and screens can be used to set time-of-day pre-entry climate control to assure a toasty (or chilled) cabin whilst the EQB is connected and charging in your garage, and then monitors battery state of charge compared to the far-flung nature of a destination one has programmed into the navigation, proactively recommending stops and changes to drive settings as required in order to squeeze the most out a full charge. Or, you can be like us – put the EQB in its sport mode and enjoy the right-now power being provided by those two electric motors.

A (very) small number of 2022 EQB 350 4Matic models will be available at launch in the last month of this year, priced at $75,700, though they will quickly transition to 2023 models. The sole difference between the two will be an Augmented Reality navigation system which uses the front camera and nav system to kinda-sorta overlay directional arrows on your chosen lane. That feature will be standard in 2023.