Join the Conversation (0)
Everyone in the automotive world knows Tesla, the electric vehicle maker that has literally pushed all legacy automakers into the electric age. Even with loads of new electric offerings in 2022, Tesla still sold roughly two-thirds of all EVs in North America. Luxury EV upstart Lucid Motors is also a California-based technology-first company offering high-end EVs built in Arizona. Deliveries of the six-figure Lucid Air began in Canada in May 2022 almost exactly a decade after the launch of the Tesla Model S.

Lucid hopes its Air models will be similarly game-changing, looking to become industry leaders in terms of EV efficiency, performance, and seamless electric luxury. After the initial year Dream launch edition versions of the Air sedan were sold – with up to 1,111 hp in the Dream P model – the top performing Lucid Air became the Grand Touring Performance edition, which is the model you see here. 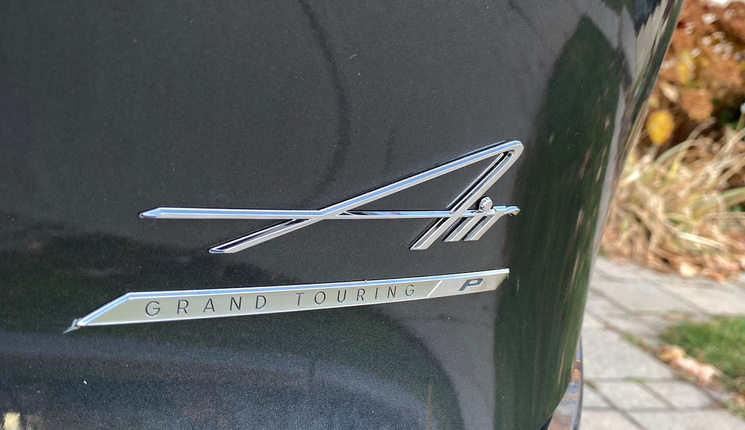 In fact, this was one of the first Air GT Performance models to land in Canada in November 2022, and up to this writing, I’m the first Canadian auto journalist to sample a GT Performance version.

This car’s 1,050 horsepower makes it one of the quickest-accelerating vehicles on the planet with an official 0-100 km/h time of 2.8 seconds. Last summer the Lucid Air GT Performance became the fastest production vehicle ever at the famed Goodwood’s Festival of Speed hill climb in England, at 50.79 seconds which Lucid insists was accomplished this with no mods to the car, though it was driven by ex-Stig Ben Collins.

Lucid is now known in EV circles for its impressive engineering. Current Lucid CTO and CEO Peter Rawlinson was chief engineer at Tesla during the development of the Model S in the early 2010s. And in what could be Alanis Morrissette-worthy irony, a decade after the ground-breaking Tesla Model S won Motor Trend’s 2012 Car of the Year award, the Lucid Air won the same award for 2022. 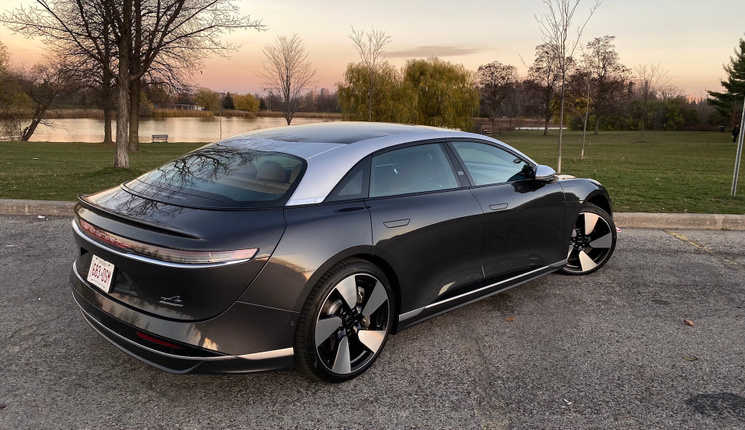 The Air which has the most slippery aerodynamics of any vehicle is among the most efficient and most powerful EVs on the market. Its upcoming 1,200-plus horsepower Air Sapphire performance sedan set to hit the streets in 2023 will be even faster. The technical ambitions here are clearly industry-leading.

Like Tesla vehicles, most research and ordering for Lucid models will be online, with a few studios in high-traffic malls or areas that usually already have a Tesla retail store. Head into a Lucid Studio and there’s a virtual reality experience where you sit in actual seats from the Air, place high-end VR goggles on, choose your own California setting (day or night), the colours available both inside and out, and even walk around and interact with the vehicle.

The Lucid Air comes with two years of free charging on the Electrify Canada network, at least to the middle of 2023, and possibly beyond. All Lucid models as of 2023 are to come standard with Plug and Charge, a software system designed to allow EV owners to simply plug in their vehicle and walk away, ensuring a smooth connection for payment and rapid DC quick charging. This was one of first Air models that was supposed to come with the P&C software update, but sadly it didn’t work. More on that later.

The regular Grand Touring and GT Performance models are available now, with a Touring trim ($148,500 base) to arrive around the beginning of spring, and “entry-level” Pure models soon after that ($121,500). Our tester’s sticker price was just under $250,000

The aforementioned range-topping Sapphire will come in at a princely sum of $327,500. It requires a reservation fee of C$32,500 and deliveries are slated for later this year.

Walking up to the Lucid Air GT Performance produces a variety of welcome LED lights: up front, the logo and headlights glow, and the flush door handles fold out automatically to make the doors easy to open. There’s no Start or Go button, the one-piece screen in front of the steering wheel extends smoothly to the centre of the car lighting up immediately after you sit, as does the so-called Pilot Panel, an iPad-sized screen in between the front seats. It can be powered upwards to access a storage space behind it more easily. 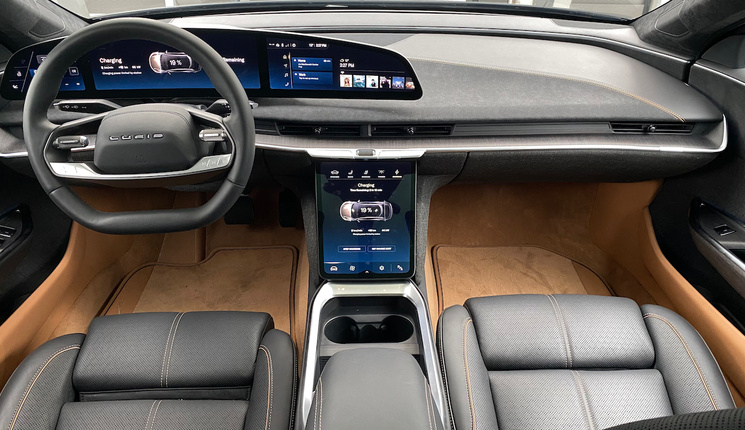 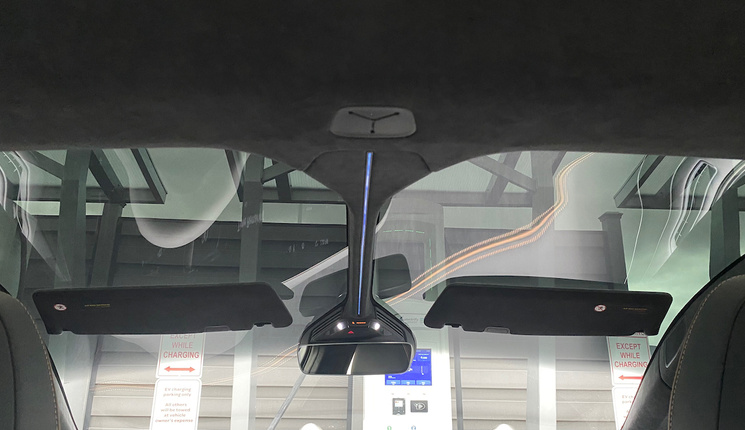 The front and back seats are in different colours, each contrasting colour-theme inspired by different California vistas. This tester featured a Tahoe-inspired ambiance, with black front seats and grey dash accents, combined with tan carpets and tan rear seats. All GT Performance models come with a glass canopy roof, stretching the seemingly endless windshield all the way behind the front seats. The folded sun visors and an LED-equipped T-roof brace are the only interruptions to the sky above for front or rear passengers.

That airy feeling is reinforced by a spacious, full-size interior, despite its mid-size exterior dimensions. It’s closer in size to a Mercedes-Benz E-Class or even a Porsche Taycan than a Model S. Looking at the official figures of all these vehicles, the Lucid Air comes ahead in passenger space, as well as cargo volume. 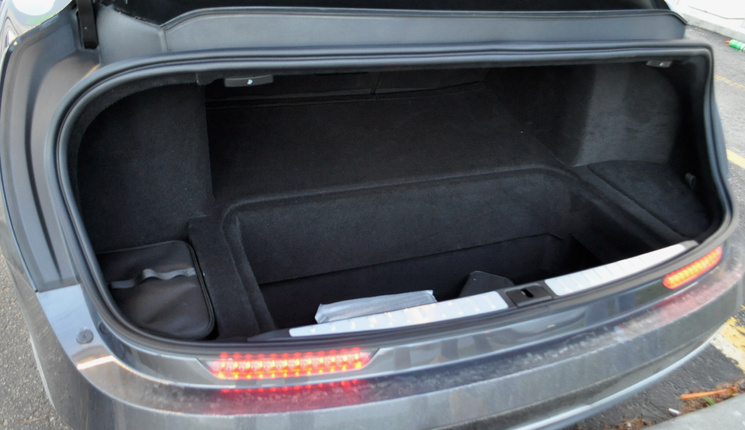 The 627-litre trunk is somewhat hindered by large suspension strut towers, but a deep minivan-like well helps prevent items from rolling out when power-opening the trunk remotely. And the frunk is impressively wide and useful, with evident planning to locate all key powertrain components away from the area, unlike so many EVs today.

This Lucid Air GT Performance was technically a 2022 model but is virtually identical to 2023 models, which are slated to receive SiriusXM satellite radio and Apple CarPlay/Android Auto this year as well via over-the-air updates.

From the driver’s seat, the Air is super quiet on the highway, thanks in part to its super-low 0.197 coefficient of drag.

Massive acceleration though was this car’s dynamic calling card—at any speed. From a stop, you don’t need a special battery warm-up procedure as the Model S Plaid does: select Sprint mode for max power, hold the brakes, bury the right pedal, then let go. And remember to lean your head back on the head restraint, as sub-three second 0-100 km/h times can literally give you whiplash.

Regular overnight charging of the Lucid is as simple as any other EV, although I managed to take its massive 118 kWh lithium-ion battery down to a low six percent state of charge that resulted in an estimated 21-hour predicted recharge session from my garage’s 7kW Level 2 charger. Owners may want to opt for Lucid’s home unit that’s capable of much quicker 19.2kW speeds, or roughly 128 km of range per hour of charging. The official range of the GT Performance is rated at 717 km.

In the future, this home charger will also allow owners to send the car’s stored electricity back to the grid or to power the home, but this bi-directional capability will require future hardware and software upgrades as well, the latter of which a Lucid can do over-the-air, just like…well, you know. 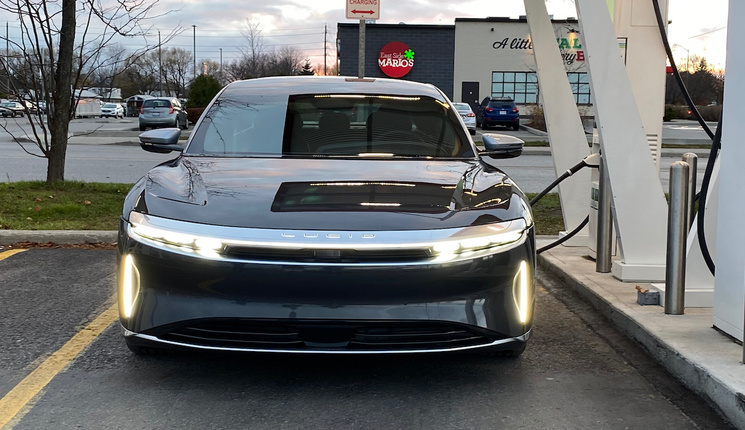 The more disappointing aspect came in the Lucid’s real-world DC quick-charging performance. I’ll delve more into this in a future piece, but long story short, not only did Plug and Charge not work, but there was one “working” Electrify Canada unit that wouldn’t connect at all and another two that did but were really slow. A Petro-Canada DC quick charger also worked but charged well below 100kW.

The quickest DC charge I achieved even after pre-conditioning was 94 kW, which was at the third quick charging station I stopped at the following day with roughly 50% charge in the battery. In such a pricy vehicle that is rated to be capable of 300 kW charging speeds, and has achieved that figure (multiple times on video) with various other testers, it was disappointing on what should be one of the quickest-charging vehicles on the market. 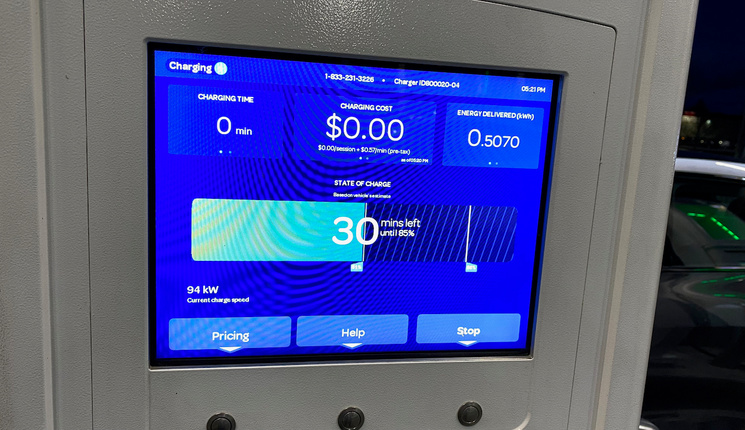 I emailed back and forth with Electrify Canada with reports, photos, and action logs to try to solve the mystery of this slow charging. Officials there acknowledged there were station issues at both locations, as the Lucid’s “Charging power limited by station” message had indicated. These are the types of connection issues that Plug and Charge were supposed to help automatically resolve and avoid for the customer, so hopefully, future network or software upgrades help accomplish this.

The Lucid Air GT Performance offers straight-line thrills up there with the Model S Plaid and Taycan Turbo S, with handling dynamics somewhere between those two. The upcoming Lucid Air Sapphire will be even quicker. Then when it comes to the comfort and convenience side of the luxury EV sedan equation, the Air GT Performance lands much closer to Mercedes-Benz’s EQS than the other two.

Therefore as it stands now, the Lucid Air GT Performance is among the quickest vehicles on the planet, offers the most range, and is somehow still one of the most efficient EVs on the road with an 18.9 kWh/100 km rating. It’s clearly an engineering marvel that is working to push the heights of EV performance forward for years to come.

PRICE: $244,500 including destination fee and options