The Sportage with a plug is the one you want.

Join the Conversation (1)
The Kia Sportage has always been an underdog in the compact crossover class even when compared to its corporate cousin, the Hyundai Tucson, which sells at nearly double the rate of the Kia. And that’s not even mentioning the sales juggernauts that are the Toyota RAV4 and the Honda CR-V which use up most of the oxygen in what is likely the most popular segment in Canada.

So when it came to the redesign Kia didn’t play it safe. And in order to get people to notice it a bit more they give it one of the most distinctive faces of any crossover you can buy today. Stretching from end to end, Kia’s “tiger nose” grille is framed by unique boomerang DRLs with the headlights situated at bumper level. It’s about as alien as it gets. 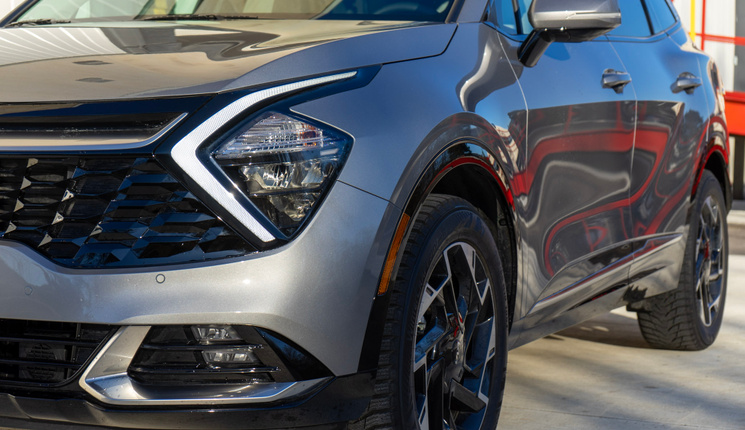 Kia has also added two hybrid models to the Sportage lineup for the first time and the timing couldn’t be better as the Honda CR-V, one of the segment leaders, just brought its own hybrid to Canada this year. The Kia Sportage hybrid has a few big advantages over the CR-V hybrid, though. It’s significantly cheaper and you can get it in a plug-in version. The plug-in hybrid (PHEV) also has the distinction of being the most powerful version of the Sportage.

We spent a week with new Sportage PHEV and it didn’t take us long to become fans. It starts with the drivetrain. A 1.6-L turbocharged 4-cylinder is augmented by a 66.9 kW electric motor. Combined power is rated at 261 hp and 258 lb-ft of torque. All-wheel drive is standard and a 6-speed automatic handles gear changes. A 13.8 kWh battery pack under the floor provides juice for the e-motor and up to 51 km of electric range. When the battery is depleted the Sportage PHEV operates like a standard hybrid. Charging takes about 2 hours using a Level 2 public plug or home charger.

These are all fairly standard numbers but the Kia’s electric range falls on the lower end of the plug-in hybrids in this group, which includes the Ford Escape PHEV (60 km) and the Toyota RAV4 Prime (70km). The RAV4 Prime has the most muscle here with just over 300 hp and it certainly feels the quickest but at a starting price of $53,234 it’s also the most expensive by a long shot. 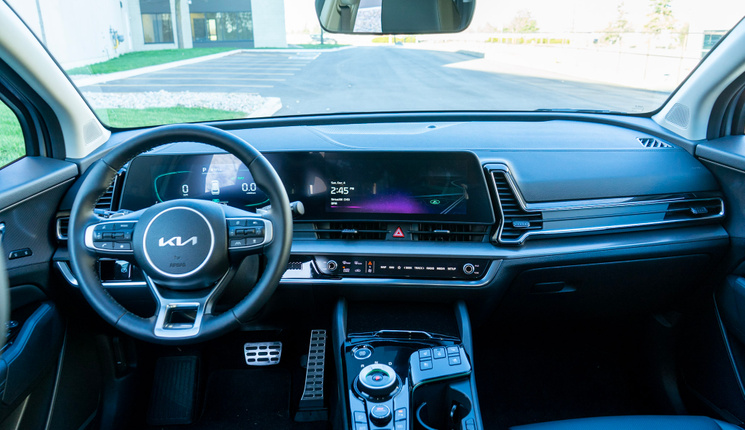 The Sportage earns top marks for the refinement of its drivetrain, and the remarkable efficiency you can get even when you don’t plug it in. Thanks to a severe lack of reliable charging infrastructure in Ontario even within the dense city core of Toronto, it’s common to show up to a charger that’s either occupied or not working.

Thankfully it was fully charged when I picked it up, and I was able to charge it once more during my time with it. With a fully charged battery you have the choice of running the Sportage PHEV in hybrid or electric-only mode but it always defaults to hybrid on start-up. There’s also a smart mode but I didn’t spend much time using it. 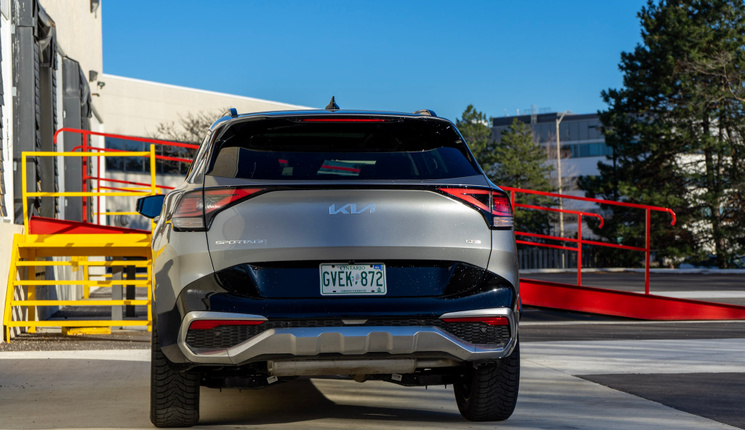 With temps around 3 degrees Celsius, the Sportage PHEV travelled 40 km before it lit the engine. Not too bad considering the cold weather. When the engine did fire up it did so smoothly and without the coarse ruckus usually associated with PHEVs. The 6-speed automatic shifted through its gears smoothly and the transition from gasoline to electric propulsion and back was nearly imperceptible. Toyota’s hybrids are similarly good but they’ve been producing them for a much longer time, so kudos to Kia for getting this right.

Even better, the brakes were not grabby or touchy, but had a normal linear pedal feel that wasn’t squishy on initial application. Kia uses something they call an Integrated Electronic Brake (IEB) that combines hydraulic and regenerative braking functions and it works really well. I recently drove a Jeep Grand Cherokee 4xe, a mid-size plug-in hybrid SUV nearly double the Kia’s price, and its hybrid system and brakes were nowhere near as refined. 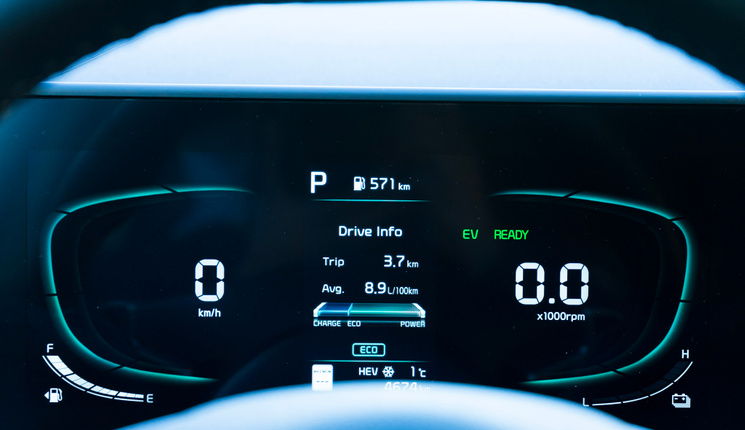 There are other good things about the Sportage PHEV. With the electric motor and gasoline engine combined, it feels zippy in town and there’s more than enough passing power on the highway, a big improvement over the base models and even the regular hybrid. It rides really well on rough roads, it’s quiet and smooth and it’s roomy for up to 5 passengers with a large cargo area that’s only slightly compromised by the underfloor battery. It also has the best tech in its class with a 12.3-inch digital instrument cluster and a 12.3-inch touchscreen infotainment system integrated under one large piece of curved glass giving it a high-end feel without the high-end price tag. One downside is that using Apple Car Play or Android Auto still requires you to tether your phone to the car. A small price to pay for all the tech you’re getting.

With an empty battery, I was still doing under 7L/100 km and I wasn’t driving in a particularly efficient manner. The Sportage PHEV is also priced well, with my EX Premium tester coming in at $45,595, not including the $5000 federal rebate.

There’s little to complain about here. It’s not particularly sporty or fun to drive but a family crossover doesn’t need to be. And while it doesn’t have the highest electric range it’s still enough to cover the average commute and also deliver remarkable efficiency if you can plug it in every day. If you’re looking for a fuel-efficient crossover with plug-in capability the Kia Sportage PHEV is one of the best buys currently on the market and we highly recommend it.