Join the Conversation (0)
Miami, FL: For 2023, the Genesis G90 sedan – the “flag bearer” of the Korean luxury brand, according to the manufacturer – is getting a full redesign that includes standard mild-hybrid technology, rear-wheel steering, a back seat better suited for a limousine than an off-the-shelf full-size sedan, gorgeous materials draped all over the cabin and exterior styling that mixes the classic with the contemporary to form a remarkable full-size sedan that, on the surface, looks ready to take on the best Munich and Stuttgart have to offer.

In profile, the G90 is low, wide, and sleek with a wing/trunk/bumper interface that recalls classic kamm-backed sports cars of old. Which is neat, because when we covered the launch of the Genesis Speedium Concept at the 2022 New York Auto Show, we felt the same way about its back end and thought it was one of the stylistic highlights there. It’s great to have seen it migrate to a production vehicle. 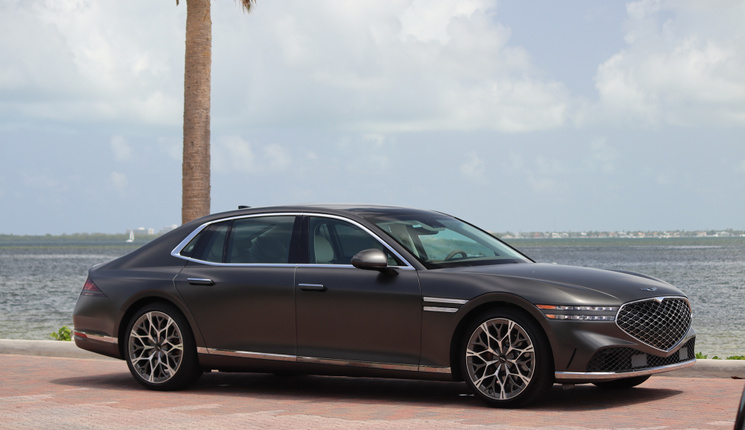 The G90’s large c-pillars serve the dual purpose of providing rear seat occupants with more privacy but also bringing the cabin further back for an almost hatch-like appearance. The G90 is not a hatch in that it has a traditional trunk – which, at 300 litres, is actually down on the old car -- but there are some airs there and the long hood has “grand touring” written all over it.

That’s the macro level; going more micro down to the exterior details tells another story. The dual headlights are ultra-narrow, but that doesn’t mean they aren’t bright; each small cube contains 200 lenses, so they are powerful. 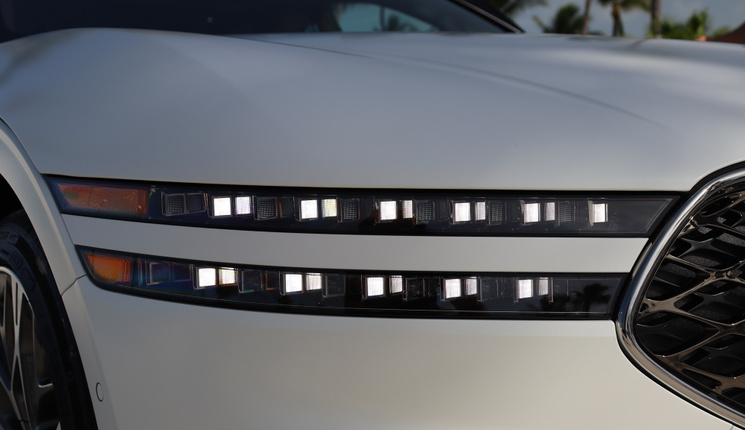 There’s also a new Genesis badge on the hood, but both of those details are eclipsed by the huge grille. Now, the item on the older G90 as well as the likes of the GV80 and GV70 SUVs was controversial in its bigness and while it’s still big on the G90, they’ve finished it in two colours for a more streamlined, 3D effect.

Impressive as it is, it’s well matched by the wheel choices, which measure 21 inches as standard. The two-tone multi-spoke items seen here get a design that looks something like a techno flower and it’s a neat aesthetic. Add the chrome stripping at the base of the doors and ‘round the side windows as well as the side grills that align with the headlights, and you have a vehicle that carves its own stylistic niche in a big way.

The one aspect of the design that gave me pause is the taillight treatment. Technically, it fits the dual-strip theme found elsewhere but unlike the headlights, there are supplementary headlight lenses that drop down from the top strip that are very derivative of the latest Mercedes S-Class, which the G90 has in its sights. Otherwise, the rear fascia is cool, looking a little like the way-cool recently revealed Hyundai Ioniq 6.

Pretty much as soon as Genesis became its own brand back in 2016, their interiors have been a beacon for build quality and materials used. 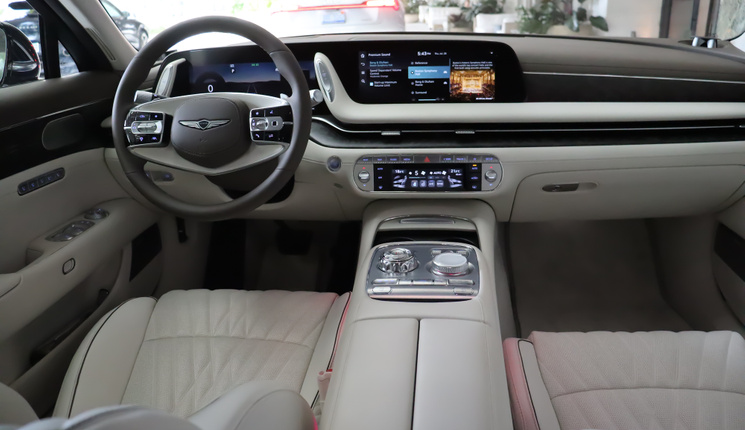 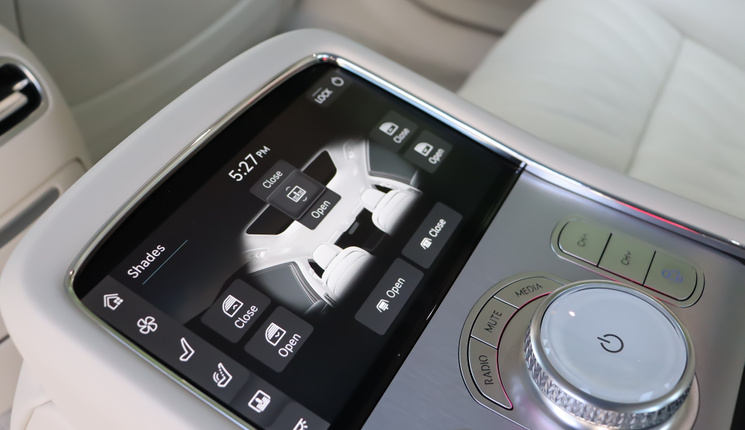 It comes as no surprise, then, that the Nappa leather in the G90 is as supple as can be. The aluminum jewelry on the infotainment controller and the window switches and infotainment controls have a kind of a molten platinum feel to it. The aluminum speakers from Bang & Olufsen (there are 21 altogether) are incredible and the twin 12.5” displays that serve as your gauge cluster and infotainment screen are properly hi-def. There is a heads-up display, but a digital rear-view mirror hasn’t quite entered the Genesis lexicon yet.

Which is too bad because when you consider the rear seats, you can see that this is a vehicle that could very well be chauffeur-driven and wouldn’t it be nice for VIPs to not have to worry about blocking their driver’s view out? 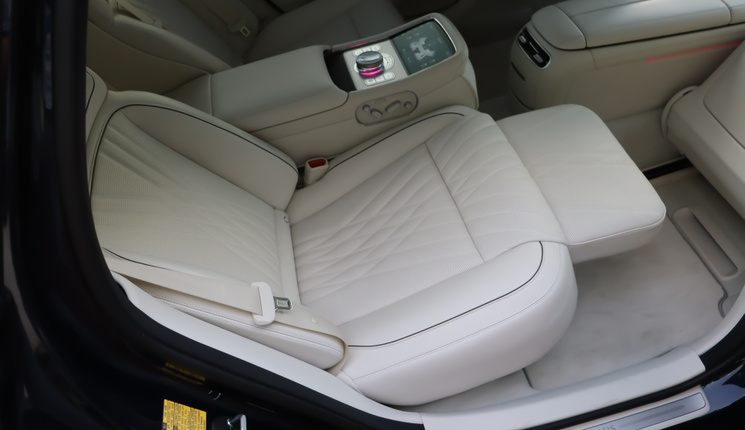 What a rear seat, though; it fully reclines, it massages, it comes heated and cooled, has dual vanity mirrors, sunshades on all the rear windows, a wireless charger that cools your phone and – get this – a central storage unit that cleans your phone via UV lighting.

The rear doors are power-operated (!) with a button press but only open part way and need to be pushed the rest of the way, though they remain power assisted the whole way through. They’re nice, but I never quite got the hang of closing them from the outside; the power assistance overrides brute force, meaning you can’t really swing them closed in a traditional way. Arm strength takes them part of the way, but then the power assist takes over to do the rest. Almost every time I tried to close any of the doors, I had to guess and test with regard to how much force was actually required. They can also be closed with the keyfob – no guessing and testing there.

The back seat is great of course, but what of the drive experience? 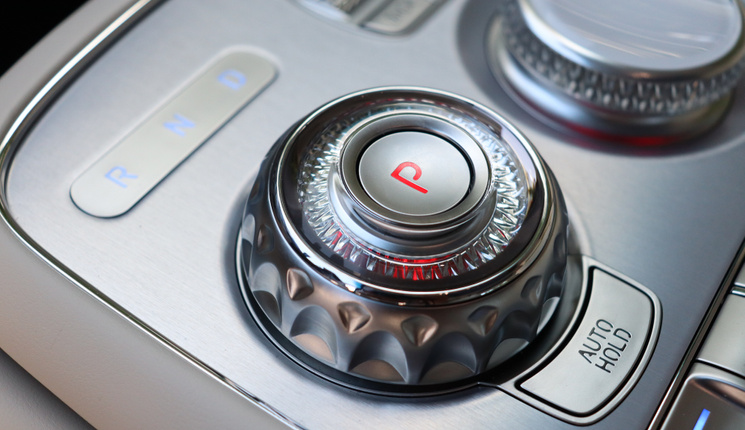 Well, the gear select dial is a pleasure to use (and will vibrate upon selecting reverse) and the twin-turbo V6 engine emits a smooth, welcome idle sound. That quiet operation is helped along by an electric supercharger – yes, this here executive sedan comes supercharged and turbocharged, which helps smooth the transition during auto stop/start scenarios, and flattens the torque curve at the same time for butter-smooth acceleration on a wave of 409 horsepower and 405 pound-feet of torque.

That gets fed to all four wheels through an eight-speed automatic transmission equipped with a pair of paddle shifters – not likely to be used by many G90 drivers, but nice to have – that all comes together rather nicely. The acceleration both in gear and at launch won’t blow your socks off, but nevertheless provides a feeling of gravitational force not easily stopped. That’s kind of what you want, here; comfortable progress that almost never feels strained.

It's a feeling that’s echoed – eclipsed, even – by the ride. Even on those big 21” rollers, the standard four-corner air suspension has sensors that peruse the road a head, and pre-load the suspension to more comfortably traverse bumps; there’s also a “Chauffeur” drive mode that further accommodates rear passengers by toying with the rear suspension for maximum comfort. The all-wheel steering, meanwhile, keeps the G90 stable at speed and shrinks its turning radius when parking or slowly navigating the thoroughfare on the way to the opera. It’s impressive, though the feeling of the rear end swivelling somewhat independently from the front does take some getting used to, especially for rear-seat occupants. 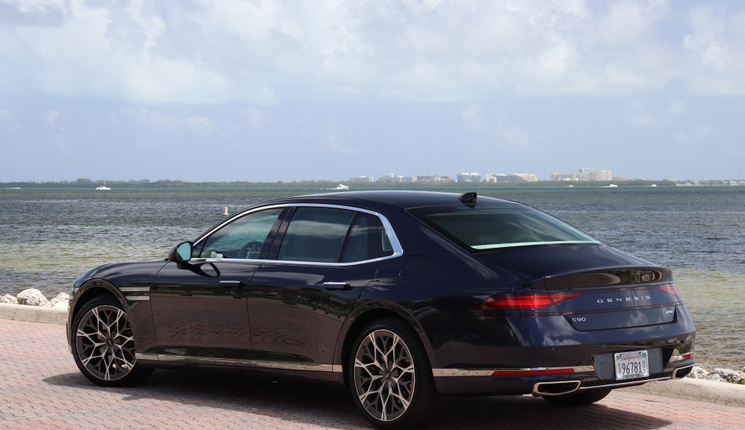 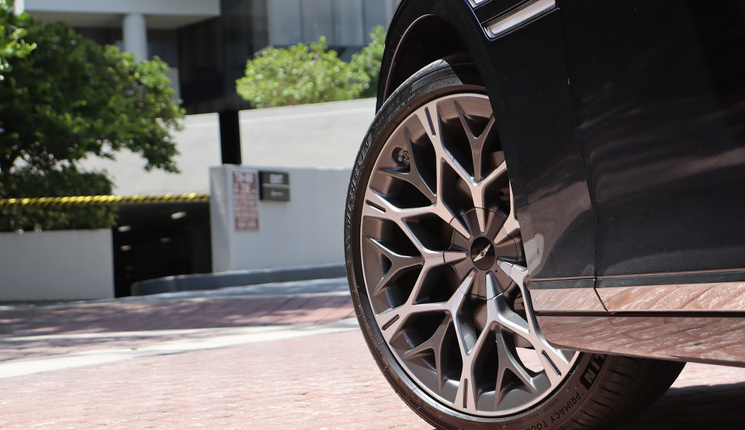 There is a misstep or two; all this talk of being chauffeur-driven maybe doesn’t beg for a digital rear-view mirror, but it wouldn’t go amiss; they’re preaching simple elegance when it comes to the interior, and having no wireless CarPlay or Android Auto kind of belies that as it means unsightly cords hanging from the dash.

Canadian pricing not available at time of publication.