Join the Conversation (0)
Full-size luxury sedans are a dying breed, especially if you’re not Audi, BMW and Mercedes-Benz. Take Volvo’s S90 for example: in 2021 alone, only 184 examples were sold in Canada. By comparison, Mercedes sold almost three times as many S-Classes.

But none of that seems to bother Volvo because, for the 2022 model year, it brought a slew of updates to its extra long and extra luxurious sedan, allowing it to be as weird and quirky as ever.

The major change for the entire S90 lineup is the way its drivetrain options are now set up. The base engine, the T6, is now called the B6 due to the integration of a new mild hybrid setup. 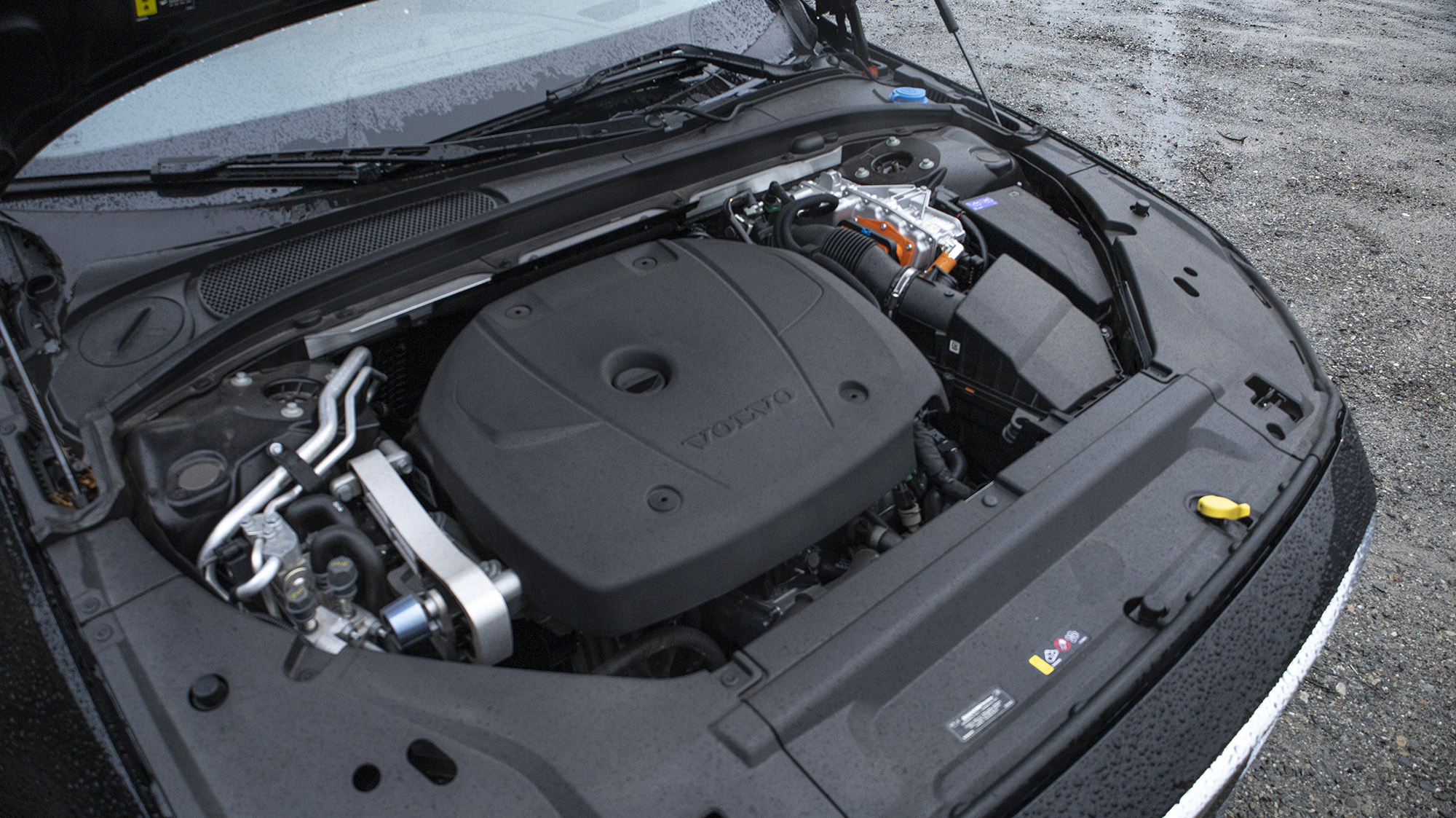 This one, the old plug-in T8, is now called the Recharge thanks to an all-new battery and significant updates to its software. Internally called 3-Layer at Volvo, it now incorporates an 18.7 kWh (14.8 kWh usable) battery, a considerable upgrade versus the previous 11.6 kWh (9.1 kWh usable) setup. This allows the tiny electric motor that’s sitting on the S90’s rear axle to pump out 142 horsepower versus 87 horsepower in the old setup.

The result is a net increase in total combined output, jumping from 400 to 455 horsepower and 472 to 523 lb-ft. Fully electric range was also significantly increased from 34 to a much more compelling 60 km.

Volvo integrated its Google-based infotainment system that it now uses in all its cars. The S90 also gets some slight cabin tweaks, notably in the digital instrument cluster where everything was simplified for a less cluttered look and feel. Only a keen eye will notice the slightly redesigned grille and bumper design.

At the heart of it all, there’s the same turbocharged and supercharged 2.0-litre four-cylinder engine. It’s mated to an eight-speed automatic transmission that channels its power to front wheels. All-wheel drive is possible thanks to that rear electric motor. This means that when the S90 is running on pure electricity, it becomes rear-wheel drive.

One of my main complaints about Volvo’s previous T8 plug-in hybrid drivetrain, was how rough the transitions between gasoline and electric could be at times, with an annoying clunk that was felt in the drivetrain when the four-cylinder would activate as well as observable delays in the transmission when asking for power.

Volvo seems to have corrected most of these flaws. Once that battery runs out of juice, it’s almost impossible to notice when you’ve started consuming petrol.

When running full boil, the entire hybrid setup puts down impressive power and torque, allowing the S90 to pick up quickly with utmost finesse, albeit some delays before it all happens.

But don’t expect the adrenaline rush of, say, a comparable German sedan. Volvo would rather you remain as stress-free as possible in the S90. This means it accelerates like a magic carpet, with very little drama and engagement with the drivetrain. It’s just fast without being exhilarating.

As a matter of fact, the S90’s charm doesn’t come from the fact that it puts down bigger power numbers than a V8-powered Ford Mustang GT, but rather in its ability to burn no gasoline at all. Being a plug-in hybrid means replenishing its battery takes only a few hours on a Level 2, 240-volt charger. Heck, you can even plug it into a standard power outlet if no charger is available. That should take you about 10 hours for a full charge.

Premium interior, but never as classy as the competition

Although it’s been on the market for five years now, the S90 remains a highly luxurious machine. Seat comfort – in typical Volvo fashion – is its best asset thanks to fantastic lumbar and head support and a full plethora of adjustability and massaging features. 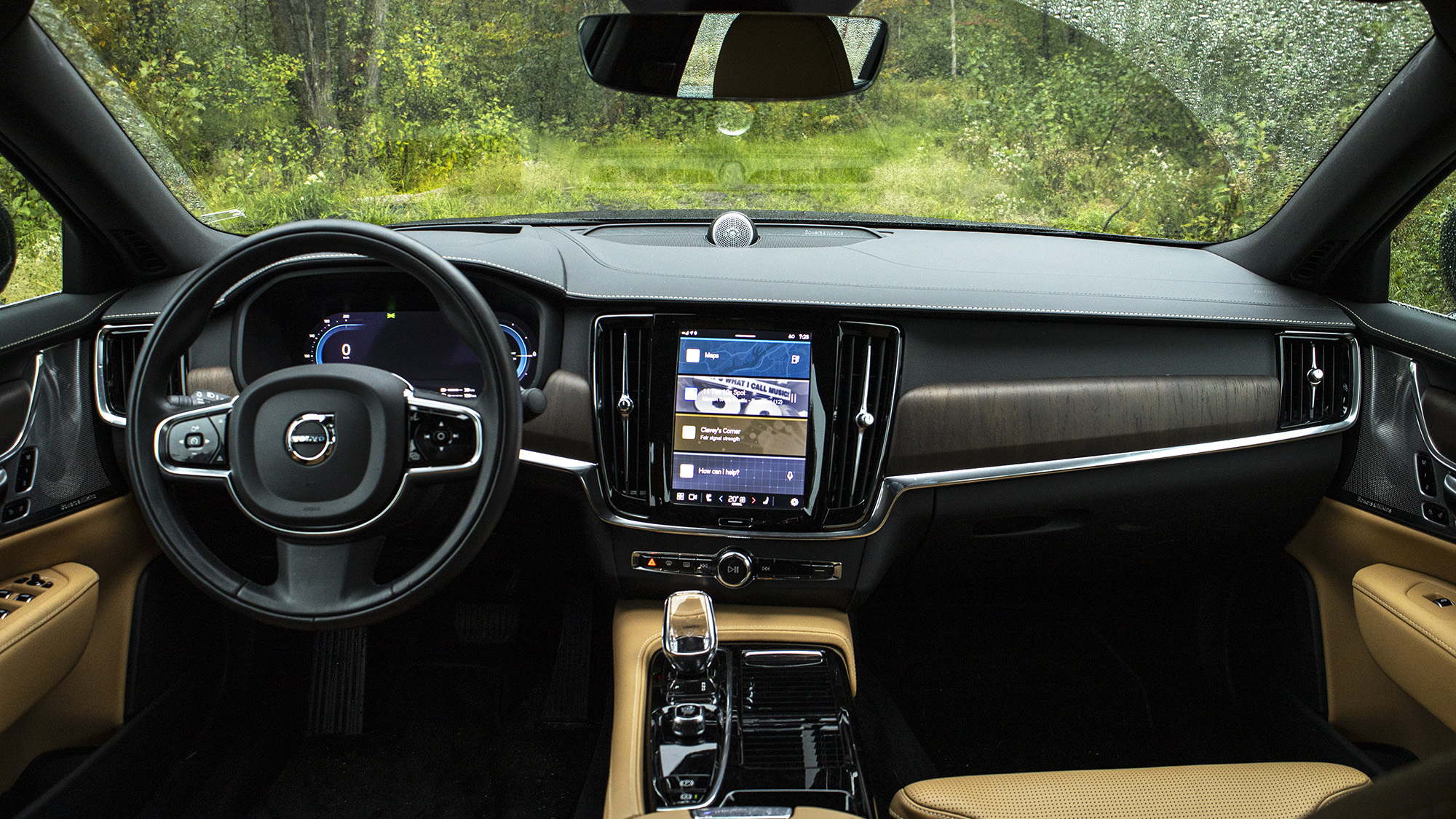 Material quality and build quality are all second to none in this Swedish-inspired sedan, and the Harman Kardon premium audio system, with central tweeter installed on the dashboard sounds epic, all while adequately decorating the door cards. Volvo’s signature glass shifter remains a pleasing touch.

In the back, this long wheelbase sedan yields an overabundance of leg and head room, as well as seats that are just as comfortable and supportive as in the front. Unfortunately, there’s just not as much technology and features back there as in other full-size luxury sedans. Volvo also misses the mark in terms of storage solutions, with a center storage compartment that’s all but useless. The absence of a wireless phone charger in a near $84,000 luxury machine is inexcusable. 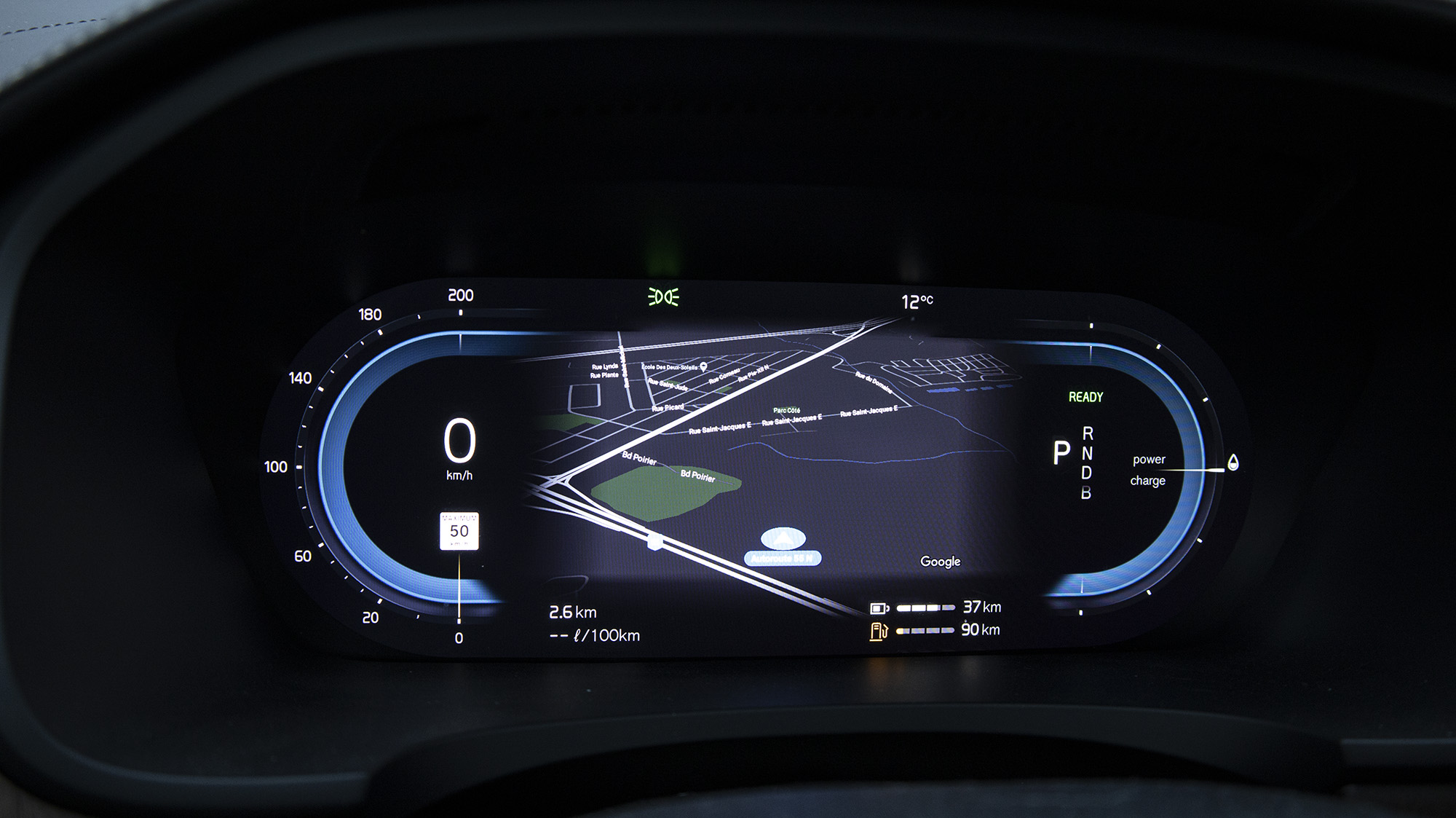 With such poor sales on Canadian soil, one can wonder if Volvo will persist to offer a next-generation S90 in our market. One thing’s for certain, a new S90 is in fact coming as Volvo is on the verge of unveiling a next-generation flagship SUV called the EX90, which, like it does now, will eventually share its platform and drivetrain with a next-generation full-size sedan. Except this time around, it’ll be fully electric. Perhaps this is what the Volvo S90 will need to finally be taken seriously by full-size luxury sedan buyers.