Join the Conversation (0)
I’ve always wanted a Porsche 911 but I’m still not at the point in my life where I can afford one comfortably. Even used examples are expensive and the better the condition the less attainable they become.

Affordable new sports cars today are far and few between, so scratching my Porsche itch that way seems less and less like a possibility. It wasn’t always this way. At one time nearly every carmaker had an entry-level sports coupe to fit even the most modest of budgets, and some of them were real firecrackers. I’m talking about the small impractical toys you bought before you had kids. You know, when you were able to go for date nights on a whim and didn’t have to worry about car seats and babysitters.

The Toyota Supra and the Ford Mustang GT, which were once blue-collar specials and still available today, are now well over $50,000. Even more, if you spec them the way you actually want them. It’s a pill that’s even harder to swallow when you take into account the extra garage space you’re going to need because, let’s face it, a Supra and a Mustang aren’t exactly year-round daily drivers.

Luckily, there are still a few stragglers left to fill the void. And one of the best ones—the Toyota 86, now called GR86—has just received a major overhaul. Should you be excited? Yes, you absolutely should. 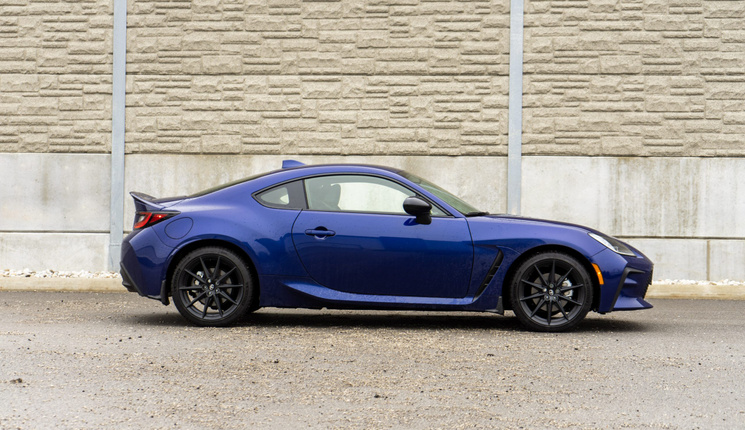 The 86 and twin Subaru BRZ answered the prayer of many drivers that wanted a car they could take to the track and then drive home back home in with minimal fuss. It didn’t take long for people to discover its forgiving handling that took driver confidence and fun to the next level. But like everything, there was a flaw and it came in the form of Subaru’s underpowered engine.

Engineers had to tread carefully here. Turbocharging, while an easy solution would have been out of character for the GR86, which can trace its roots back to the Toyota AE86 made famous as a tofu delivery vehicle in the hit anime series, Initial D. The AE86 was known for its responsiveness and to truly represent that only a naturally aspirated motor would do. To that end, Subaru increased the displacement of its flat-4 to 2.4 litres bumping power up to 228 horses, but it’s the 184 lb-ft of torque, an increase of 28, hitting at just 3700 rpm that makes all the difference in the world. 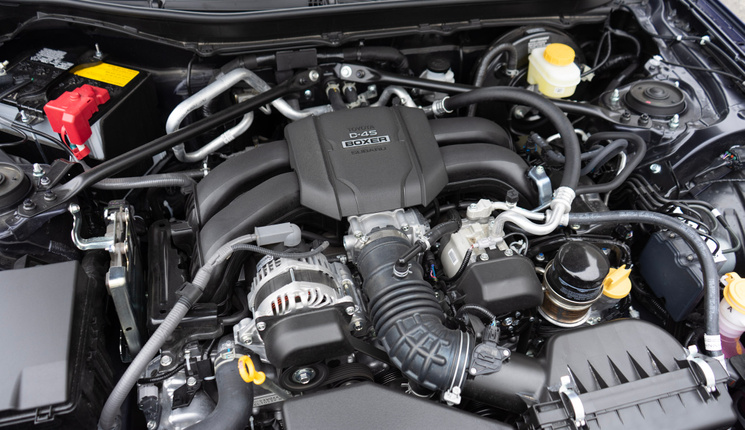 These might not seem like huge increases but it goes a long way when tasked with having to move only about 2800 lbs. It’s enough to take the 86 from feeling winded to actually quick. Remember that strange power dip that plagued the old car? Gone.

My tester had the revised 6-speed manual and it felt precise with notchy mechanical throws and a short clutch stroke that provided good pedal feel. Rip through a couple gears and it’s not just the forward momentum that will surprise you but the quality of the sound out of the tailpipes, which is night and day compared to last 86.

To compensate for the extra grunt, Toyota reinforced the structure front and rear using more high-strength steel, high-strength fasteners, and more structural adhesive. Weight was kept in check with the use of an aluminum roof and front fenders. 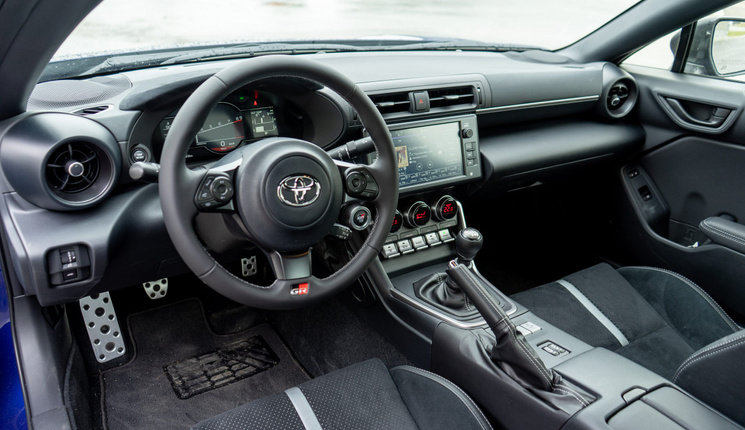 The 6-speed automatic carries over but even it has been fettled with to provide smoother and quicker shifts. Prices start at $31, 490 for the manual, a modest sum for what you’re getting. Add $3000 for the premium package and another $2400 if you want the automatic.

The GR86’s basic silhouette has remained largely the same but it’s more curvaceous with pronounced fenders front and rear and a sweet duckbill spoiler on premium trims. The cabin is a big improvement with a digital gauge cluster, improved ergonomics, and nicer materials. Premium trim cars get seats in Alcantara and leather, aluminum pedals, two more speakers, and a wheel upgrade to 18 inches with stickier Michelin Pilot Sport 4 summer tires. 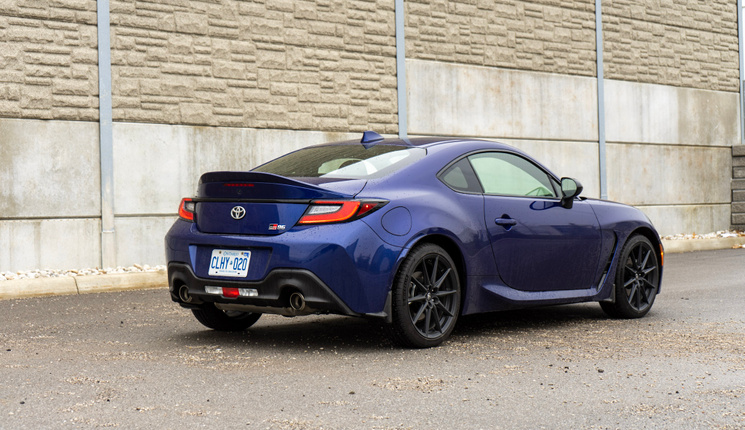 All the good things about the last car, and there was a lot of good, have mercifully been left intact and every single thing that needed to be improved, was.

Driving the GR86 is a lot like driving the Mazda Miata, a car I find to be its closest competitor, at least in spirit. It’s a genuine smile generator not because it’s the fastest or the bestest but because it’s lean and balanced and trades ultimate speed and grip for ultimate feel and joy and it makes you the star of the show.

The GR86 is one of those cars that becomes an extension of yourself. You’ve probably seen that written many times before but it actually applies here. The steering wheel, which is the perfect size and shape is your conduit to the road surface. It’s direct and communicative, a high point for electric power steering. It’s a stiff car with a stiff ride, but you expect that here. Still, bumps don’t affect your trajectory, and exiting a corner is as fun as it gets with its standard Torsen differential helping put the power down as you grin from ear to ear. 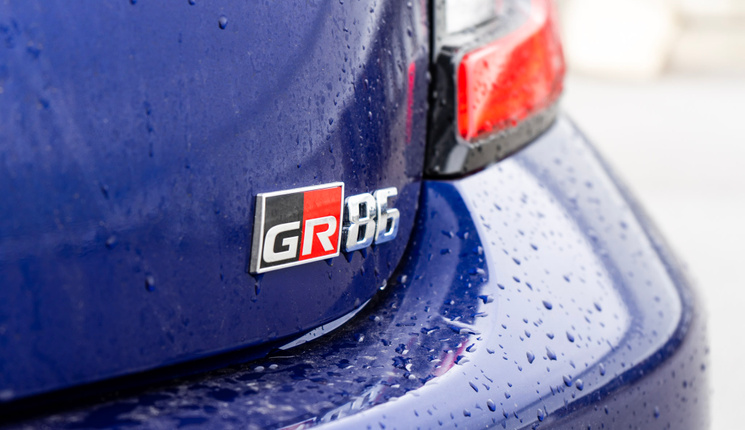 The GR86 is the affordable Porsche 911 I’ve always wanted and I’ve been lucky enough to drive a few Porsche 911s. Ok, so there are more differences than similarities there, like the engines aren’t even in the same place, but they both have small but still useful rear seats and enough cargo space for a weekend away. These are cars that beg you to go for a drive just for the hell of it and both make you feel special. The GR86, though, does it for a lot less money.