The original full-size SUV is now better than ever.

Join the Conversation (0)
The Range Rover is the mother of full-size opulent SUVs. It’s also the traditional way to enjoy some picnicking and a spot of tea in the rural British countryside and there’s a brand new one for 2022.

But I’m not in the British countryside, I’m a pond away in Toronto and the big Range still feels at home in this urban environment. Its gorgeous Sunset Gold satin paint (a First Edition exclusive) and future-sleek design feel part of the décor in areas like the Financial District and the Mink Mile where Range Rovers are about as ubiquitous as designer leather handbags.

Design changes are subtle and evolutionary. Recessed door handles and smoothed-out lines give it a more minimalistic and elegant silhouette than before. The stealthy vertical taillights might be my favourite part of the design. There’s a presence here you don’t get in anything else this side of a Rolls Royce. 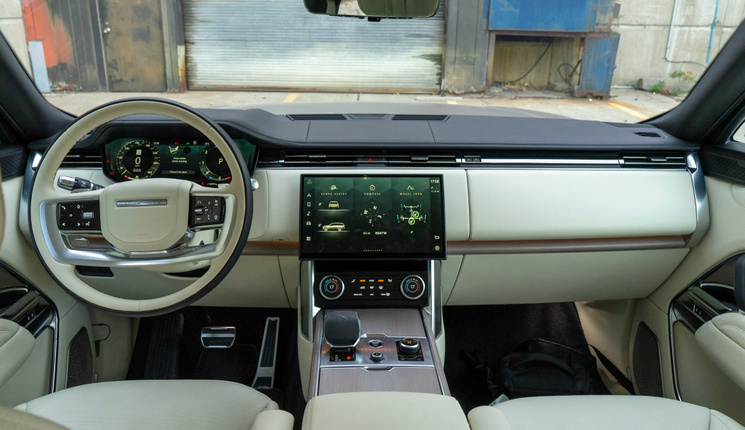 Climb inside and it’s more of the same, minimal and elegant. A large 13.1-inch screen floats above the centre console and like many other luxury brands today there are few actual buttons to be found. Any that remain, are of the capacitive touch variety and just don’t offer the same tactile ease as real buttons. But like the previous Range Rover, the nifty climate control dials still double as the control for the seat warmers and I was happy to see a real volume control knob. 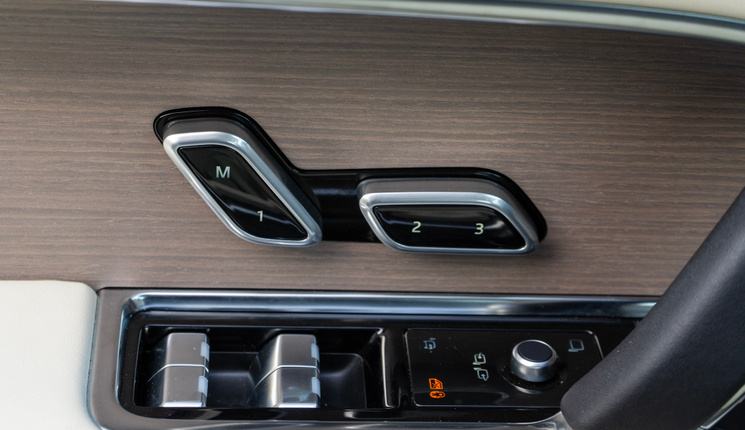 Every other surface is covered in leather, natural wood, and metal and it all flows together in a simple almost Swedish manner. Sitting in this cabin you’d never once think that you could wade in up to 90 centimetres of water and clamber up just about any road or trail with ease. But that’s the reality with a Range Rover and it always has been.

Power in this range-topping P530 First Edition comes courtesy of a 4.4-litre twin-turbo V8 that produces 523 hp and 553 lb-ft of torque and that means power is never an issue. If those engine specs sound familiar, it’s because the engine is now supplied by BMW and it’s the same powerplant found in the X5, X7, and others. Because of this beast of an engine the extra-large Range Rover feels light and athletic under acceleration with a mellow V8 note subtly muted under its many layers of insulation and double-glazed glass.

Every new Range Rover gets four-wheel steering and a four-corner air suspension. The former gives this large vehicle a particularly nimble feel in parking lots and slower corners and the latter gives it a serene and dignified ride, no matter what’s underneath the tires. 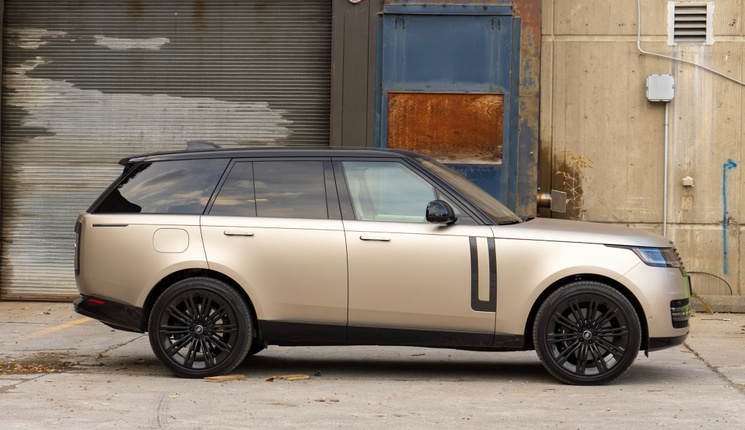 On the centre console a small dial controls the Terrain Response system. Twist it to enter off-road modes like mud and ruts, sand, and rock crawl and the Range Rover will respond by adapting its differentials, suspension, ride height, transmission, and traction settings to confidently carry you and your passengers over virtually any surface. Push the dial in and you enter Auto mode where the Range Rover’s myriad of sensors automatically determine the best configuration of its systems for the conditions in real-time. And while I didn’t test it off-road, some of Toronto’s roads bear a strong resemblance to a rock-strewn trail and the Range just shrugged it all off.

A dynamic mode, meant for on-road driving tightens the steering and suspension and makes it responsive enough to feel nimble. Body roll is kept to a minimum and along with the energetic powertrain in the P530 you can even call it fun on a less than straight road.

Seats are throne-like in the front and are heated and ventilated and have a rather good massage function all accessible via the latest iteration of Land Rover’s infotainment system which is responsive, intuitive and boasts impressive graphics. But the real party piece is the reclining rear seats that also get a massage function, while the passenger side gets a leg rest that can be deployed with the touch of a button. In here back seat passengers have it made. 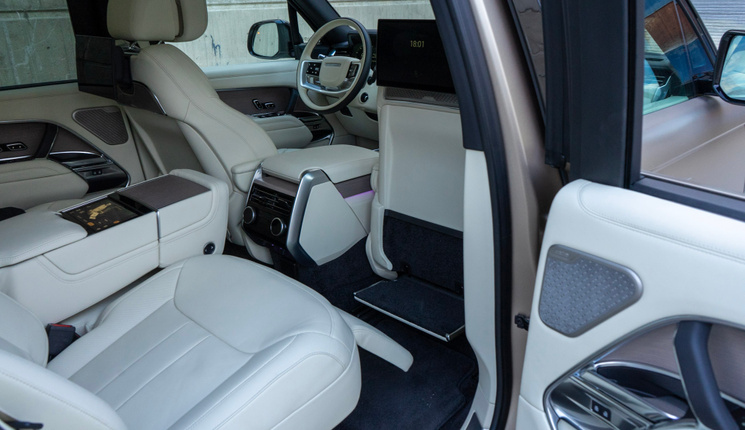 A large centre armrest between the rear seats can be dropped down to reveal a control screen that can be used to deploy the power sunshades, mute the audio, control the rear seats, and more. My tester was also equipped with a rear entertainment system that places two 11.4-inch screens on the seat backs which can be connected to a variety of devices or be used to stream whatever you like to it via a built-in hotspot.

And if you choose to go for that spot of tea in the (Canadian) countryside, just pop the split tailgate, lift up the partition floor and install the included leather padding to create seats and you have a comfortable space for two to lounge and even listen to music. 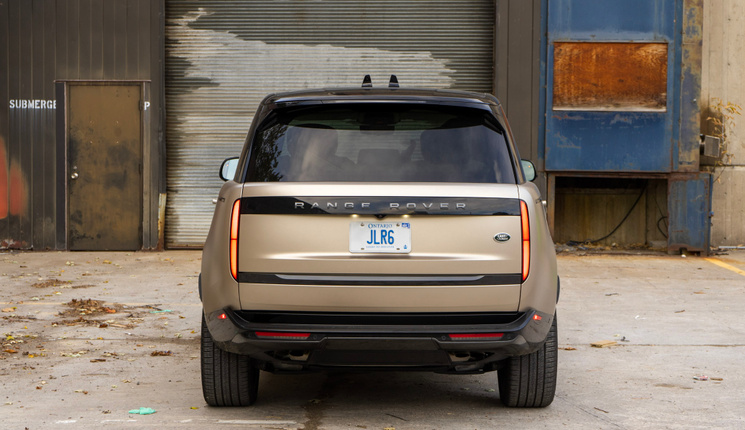 More than just a luxury SUV, the new Range Rover deserves full limousine status and is executive transport of the highest order. At nearly $200,000 (as-tested) for this First Edition, it’s an SUV for the one per cent. A BMW X7 with the same powertrain or a Mercedes GLS are both less expensive and have usable third rows and similar levels of equipment but the Range is far more desirable from its on-road composure to its design and styling. And you can actually consider it good value compared to something like a Rolls Royce Cullinan where it gives up little to it in terms of poshness or even status.

The Range Rover has always prided itself on being the original full-size luxury SUV, and it’s always been the best at what it does. And this latest iteration moves the bar even higher.