A good V8 makes everything better.

Join the Conversation (0)
The Lexus IS 500 is the last of a dying breed. Taking advantage of a recent redesign, the engineers at Lexus decided to shoehorn their big naturally aspirated V8 under the hood going against the grain of virtually every automaker today. They also uprated the suspension and brakes but then stopped short of sending a direct challenge to the high-strung BMW M3 and Mercedes AMG C 63. Instead, with prices starting at $72,900 it lines up nicely with the BMW M340i and Mercedes AMG C 43, both of which are “lite” versions of their track-friendly counterparts.

Why Lexus didn’t give us another version of the IS F, especially since the RC F still exists, is a bit of head-scratcher, because clearly, they can do it, but the decision to not go all out might have been the right one. Sedan sales are dropping faster than Blackberry stocks did after the iPhone came out and high dollar playthings like this have fared even worse. Customers want SUVs and that’s where development dollars go. 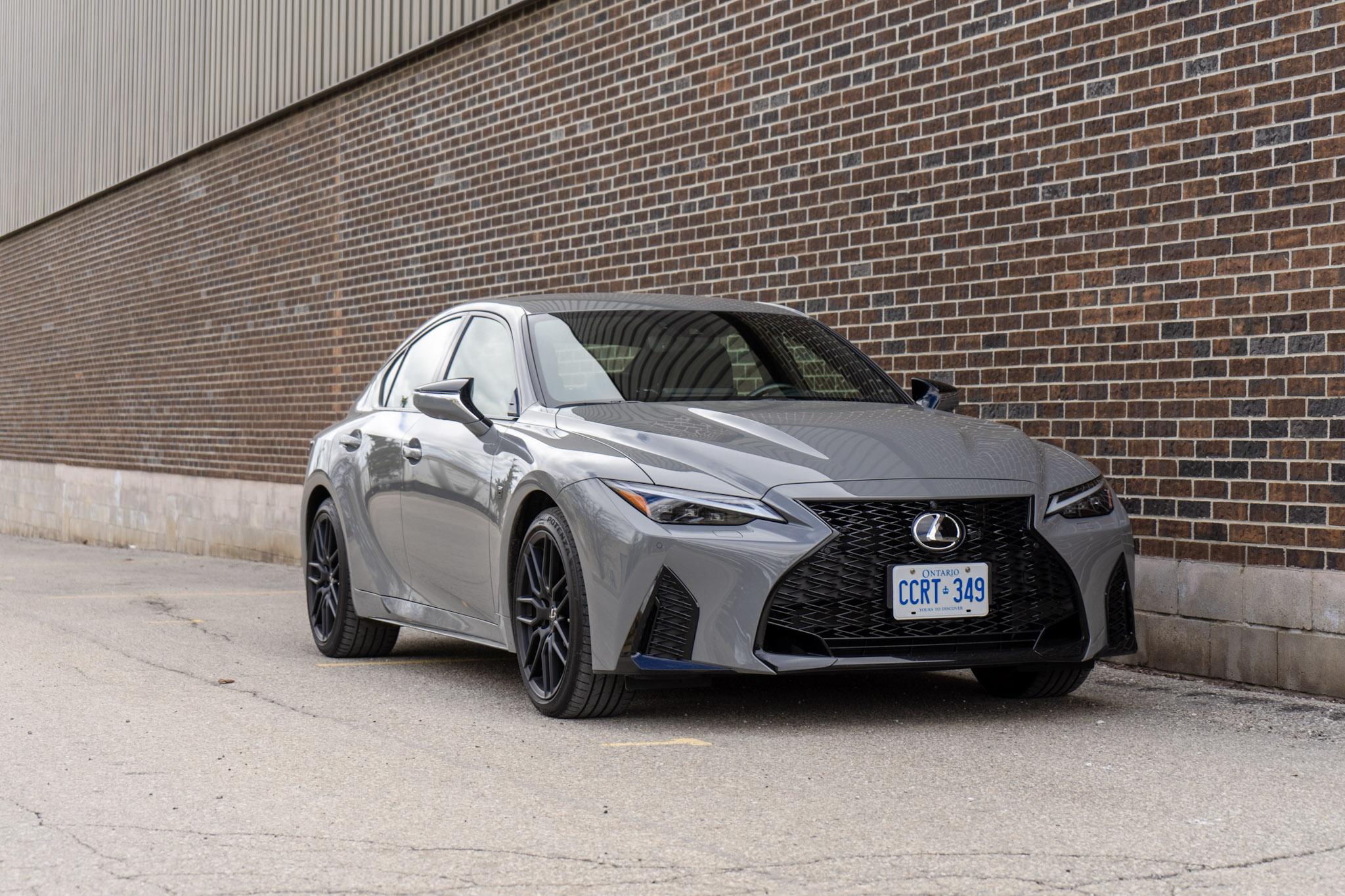 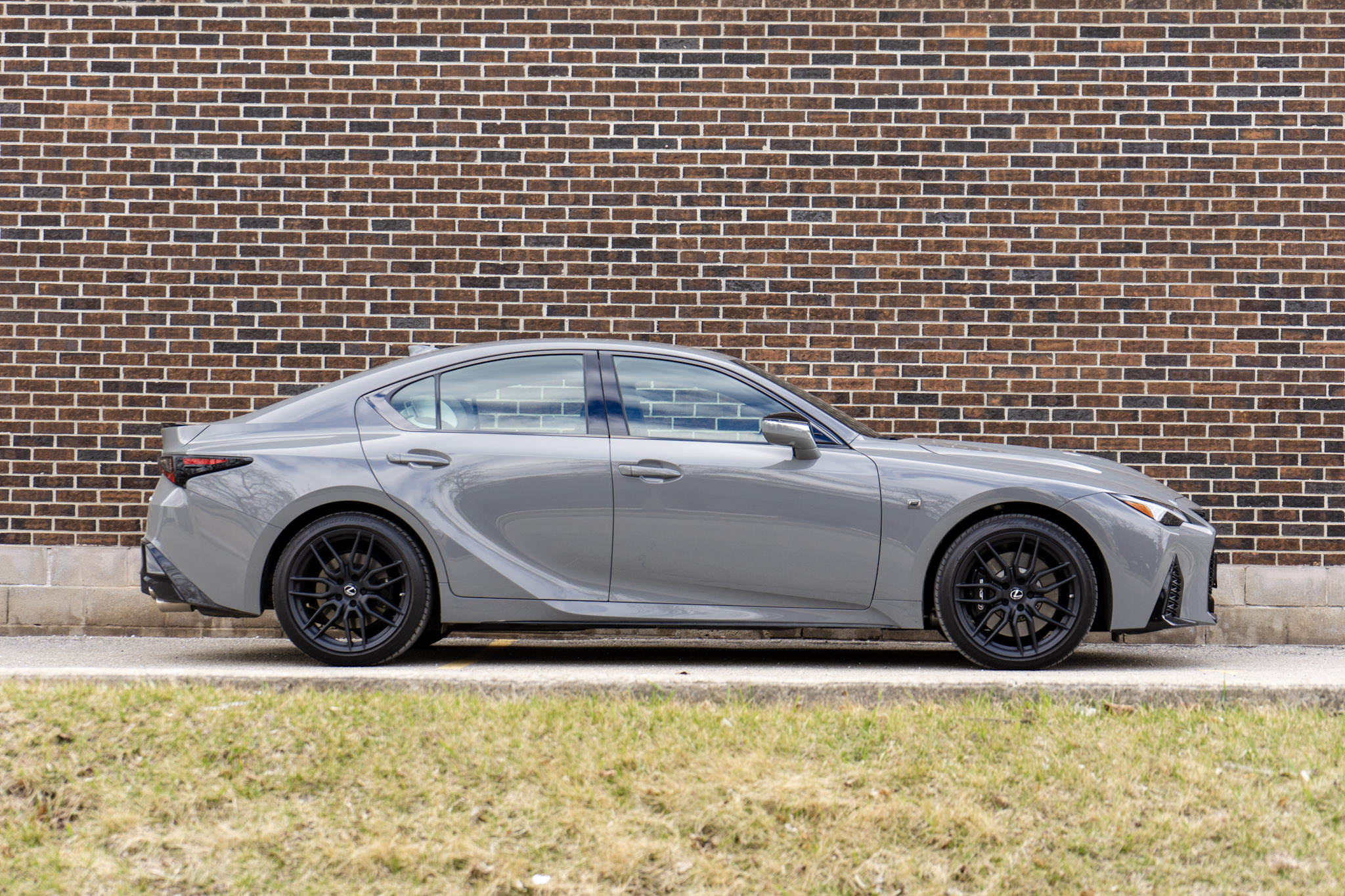 There’s still a place for sporty sedans and BMW would have never given us a new M3 if it didn’t still have a large fan base, but convincing those fans to jump ship has never been an easy feat for cars born outside of Germany.

The IS F gave us a compelling alternative and in many ways the new IS 500 carries that torch forward taking advantage of all the new chassis technologies available today while also benefiting from that recent update and facelift to the IS lineup. 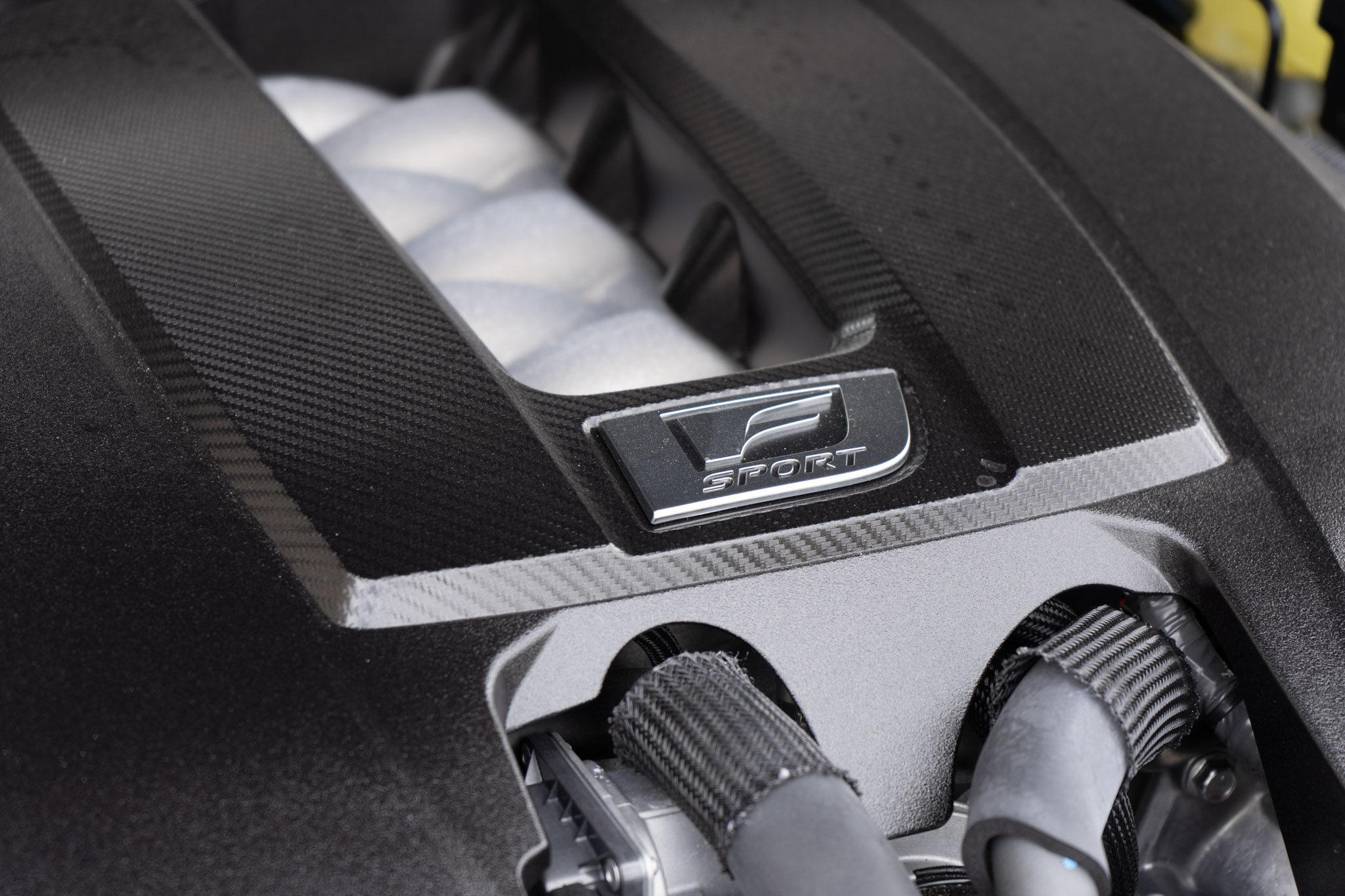 Picking up where the IS 350 leaves off, Lexus swapped the V6 motor with a 5-litre V8. This quad-cam masterpiece also doing duty in the LC and RC F was co-developed with Yamaha and has both direct and port injection, titanium valves, variable valve timing, and a 7300-rpm redline. It sends 472 hp and 395 lb-ft of torque directly to the rear wheels and makes all the right noises. To get the most out of it you have to let that tach needle swing towards the red zone. Joy.

To squeeze in the larger motor, Lexus lengthened the front fenders and inflated the hood with a 2-inch bulge. Amazingly, the IS 500 weighs only 5 kg more than an IS 350.

Push start and the V8 snarls to life. The single digital gauge with its motorized tach ring still hasn’t gotten old. It’s the type of gimmick that makes car enthusiasts giggle. The other thing that makes you giggle is the sound. At low revs, it’s a warm burble in the background but stab the throttle and the stacked quad pipes sing a bass-heavy song sounding like a cross between a Mustang and a BMW V8. If you have the 8-speed automatic set to manual mode you can bounce off the limiter to your heart’s content or until you finally pull the paddle. This is engine tuning by Zeus. 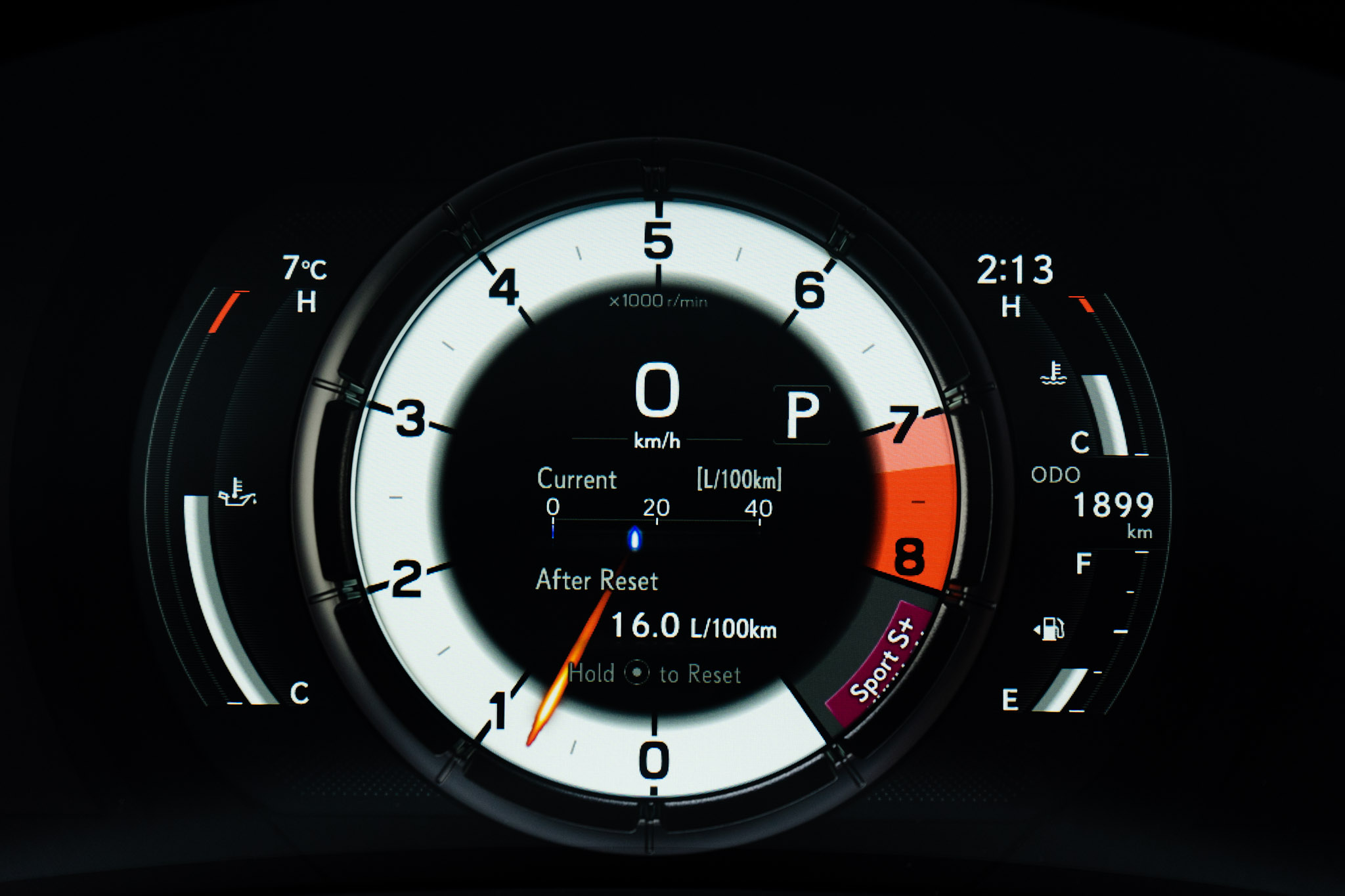 You can stay in the higher regions of the tach all day provided you have enough clear road ahead. It might not be M3 quick but it’s a giant upgrade from the IS 350. And at the end of the day, you’re not buying an IS 500 because it’s the ultimate performer; you’re going to buy one because of the experience it gives you.

Driving the Lexus IS 500 reminds me of a bygone era when turbochargers were the exception and not the rule. Turbo torque can be awesome but it comes at great expense and makes us forget what a responsive and well-sorted motor is actually like, and there’s no comparison.

With standard adaptive dampers and a Torsen limited-slip diff, dialing into the Sport S+ drive mode stiffens up the chassis and steering and sharpens the throttle response. Shifts from the 8-speed automatic swiped from the RC F, arrive in much quicker succession. This isn’t the knife-edge dynamics you might expect, but on your favourite backroad the IS 500 is an eager dance partner with well-controlled body motions, really good steering, and dampers that soak up road imperfections with ease, regardless of drive mode. 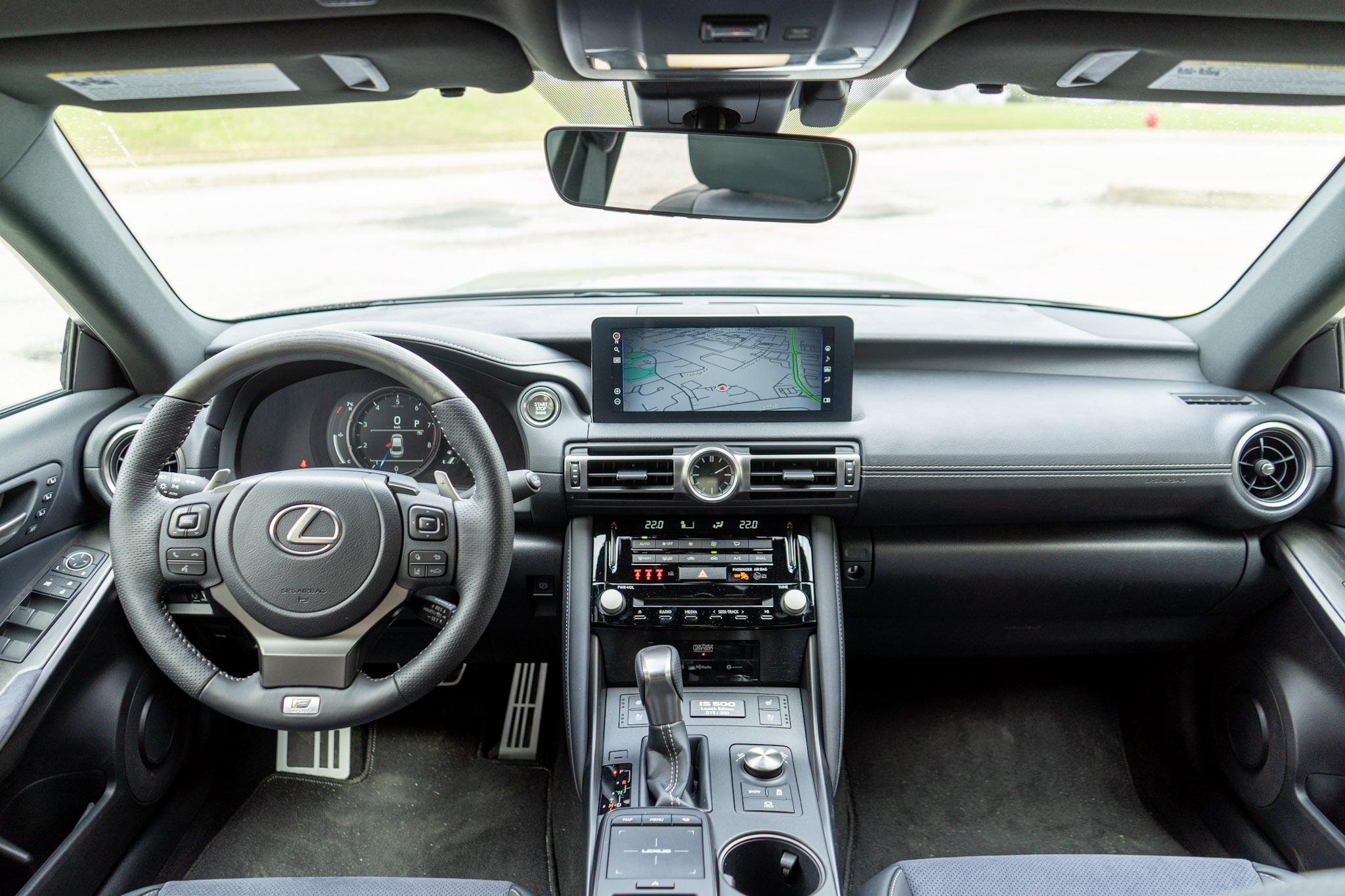 In typical Lexus fashion, the interior build quality is exemplary with a great choice of materials, supportive sport seats, and a standard Mark Levinson sound system that can belt out crisp, thumping audio from its 17 speakers. The centre screen is large but is hampered by Lexus’ finicky and frankly difficult to use trackpad that I left alone for most of the week thanks mainly to an array of physical buttons for most of the important stuff. Apple Carplay and Android Auto are standard, however, and when you do have to use the screen to access other settings you can do so by touch, though it's a bit of a reach. 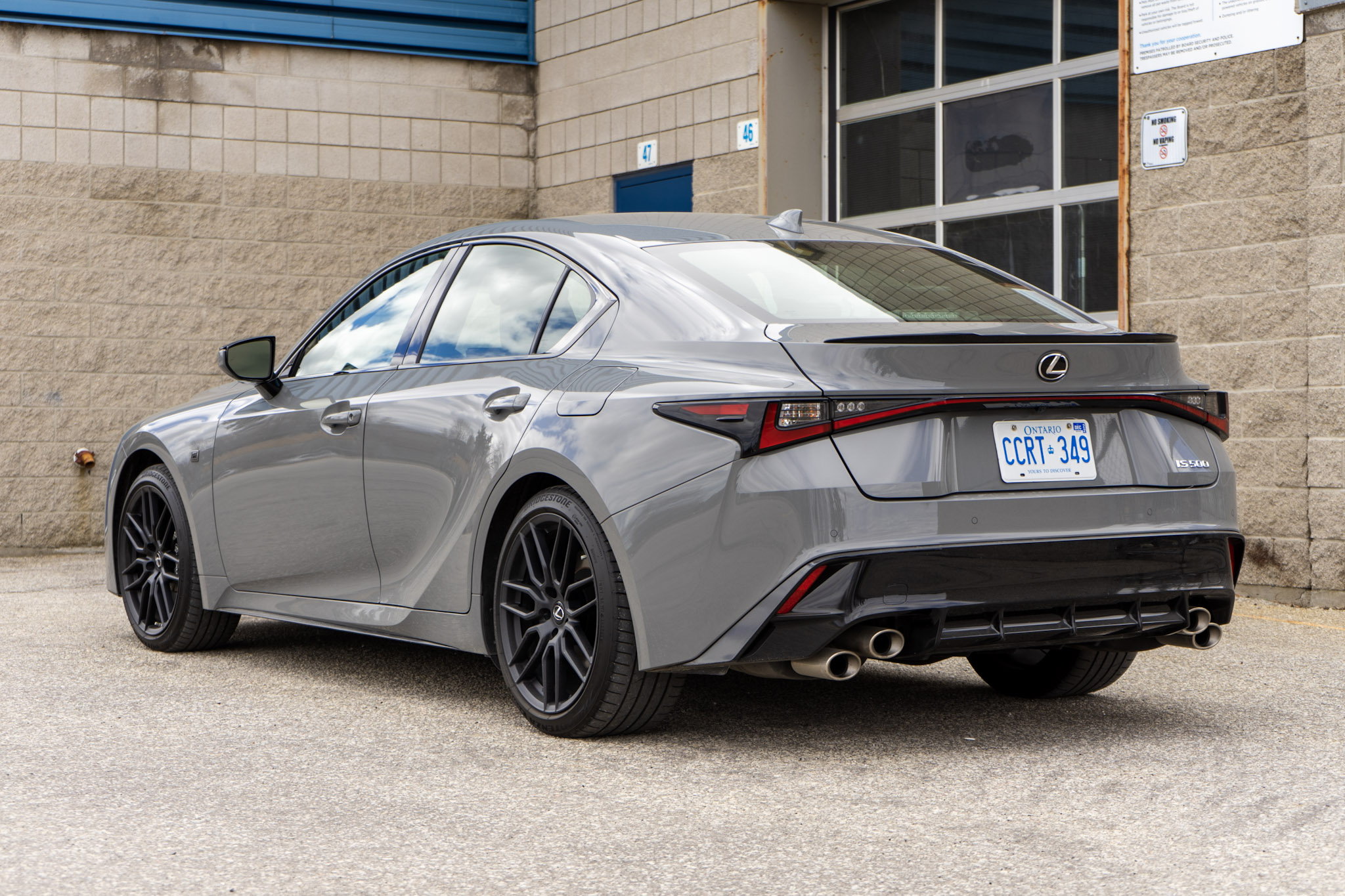 The Launch Edition of which only 50 are allotted to Canada comes with two-tone Ultrasuede upholstery, dark grey ash wood trim, a numbered plaque on the centre console also done in ash wood, and special forged 19-inch BBS wheels that are approximately 2 kgs lighter per corner. It will also come exclusively in Incognito, a colour not previously available in the Lexus catalog.

My short experience in the Lexus IS 500 has left me longing for more time in it. Its competitors don’t feel near as good or substantial. They might offer more speed but only a fraction of the specialness. And for those that are craving a bit of nostalgia, this new Lexus will give you that and more. If you want one you’d better hurry, they aren’t long for this world.