In a world of boring crossovers, the Stelvio shines bright.

Join the Conversation (0)
North Americans don’t like wagons and over the years we’ve been denied some great cars because of it. Just recently BMW announced their first M3 touring, a fast wagon based on the current 3-Series sedan. It's a new long-roofed M3 that would be as useful on the track as it would be at IKEA. What’s not to love? Car enthusiasts here can do nothing but stare longingly at photos on their social feeds and maybe cry a little.

The salesperson at your local German car dealership will try to cheer you up with a BMW X3 M or an AMG GLC crossover, trying to convince you that those are just as good as their sedan counterparts. But the truth is, we all know they aren’t. Like not even close. Eventually, you’ll come to the realization that our SUV obsession isn’t going anywhere anytime soon and if you want fun and utility in one package you’ll have to fold. Luckily there are a couple of crossover specimens that truly deliver a rewarding driving experience and the Alfa Romeo Stelvio is one of them. 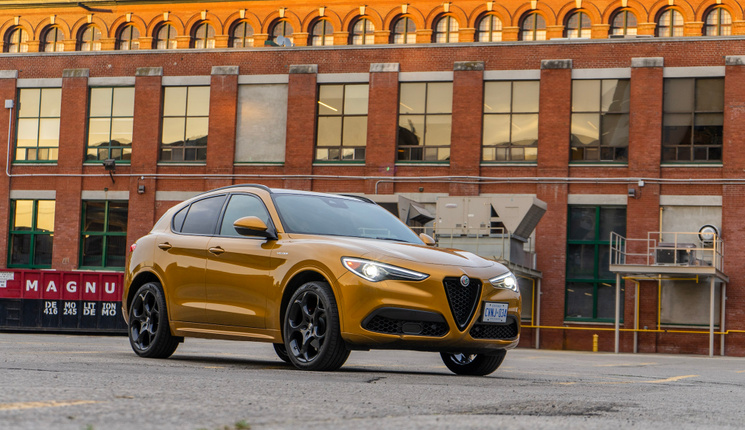 The Stelvio has been around for some time now but it’s still a rare sight on local streets. It’s not easy competing with brands like BMW and Mercedes that claim the lion’s share of the luxury crossover market. And, indeed, many buyers might overlook the Alfa based solely on the fact they know very little about the brand.

It’s not like they’re new to this. Alfa Romeo has been making cars for 112 years and even more significantly, it’s been racing for 111 of them. Every one of their vehicles reflects this passion for motorsport including their first SUV. The Stelvio makes the best use of Alfa Romeo’s DNA that it possibly can. 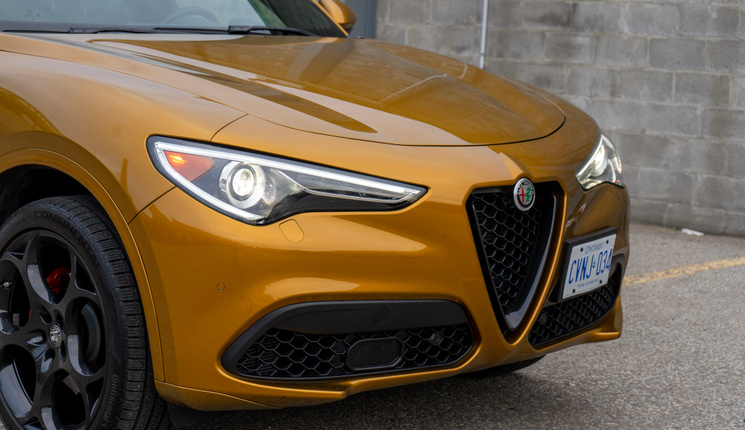 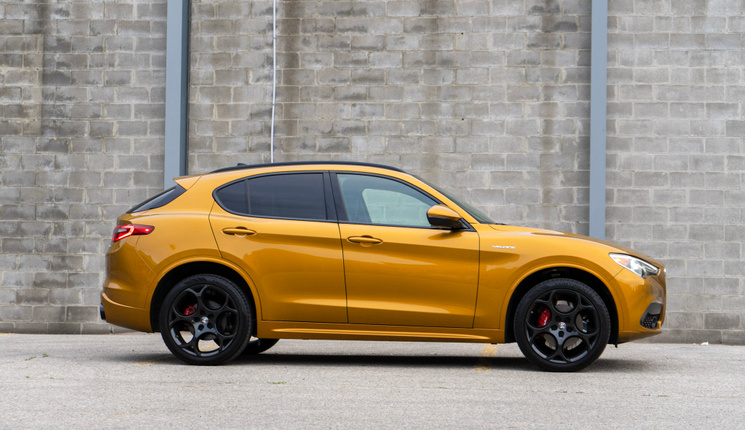 It has perfect 50/50 weight distribution, a very stiff body structure, a lightweight carbon-fibre driveshaft, and a double-wishbone front suspension with ultra-quick steering that only requires finger-tip pressure to change directions. It also comes in some cool colours like Verde Montreal or my tester's Orca GT Junior, a stunning gold hue that pops in the right light. For an SUV the Stelvio has genuine style that makes it standout on in a sea of blandness

Every time I get behind the wheel of one, I quickly forget that it’s an SUV. It feels like a well-sorted sports wagon, not unlike the 3-Series Touring which isn’t sold here anymore. And before you go thinking that they’ve achieved this with a bone-shattering ride, think again, because the Stelvio is as comfortable as anything else in its class. Sure it straddles the stiffer side of things (that comes with the badge) but the dampers and suspension do an excellent job of absorbing most of the bigger and sharper bumps.

Under the hood lives a 2-litre turbocharged 4-cylinder pumping out 280 hp and 306 lb-ft of torque. A quick-shifting 8-speed automatic transmission handles the gear changes and for that classic sports car feel, power is sent to the rear wheels first and then up to 60 percent of that can be redirected to the front wheels thanks to a standard AWD system. 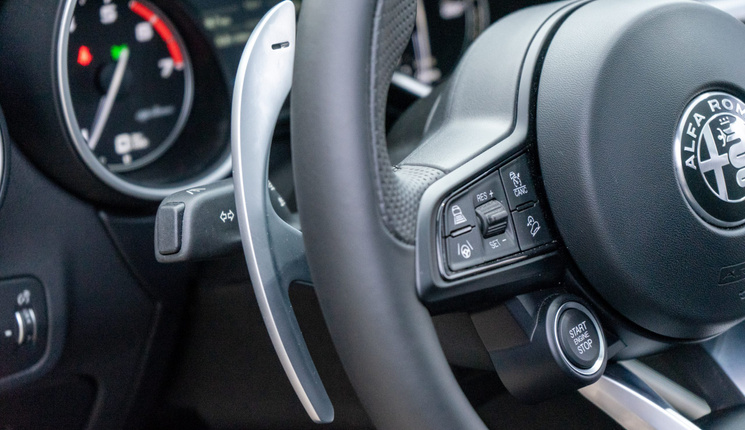 The cabin is simple, well put together, and ergonomically sound. There’s less drama here than there is with the driving experience until you glance behind the steering wheel and notice the largest metal paddle shifters you’ve ever seen. They’re column mounted too, like in a Ferrari, and like that Italian thoroughbred it also gets a steering wheel mounted engine start button to live out your Formula one dreams without ever leaving the driveway.

There are some issues with the infotainment system that while well organized and easy to use is slow, laggy, and error-prone. Operating the wiper and turn-signal stalks is infuriating and as cool as those paddles are I prefer ones mounted on the steering wheel. In all other respects, the cabin is a great place to be, including some supportive seats for the driver and passenger complete with extendable thigh support. The rear seats and cargo area aren’t the biggest, but a couple of adults shouldn’t have much of an issue. It is roomier than a Porsche Macan, but the Mercedes GLC and BMW X3 are both more accommodating. Regardless, in this compact class of luxury crossovers, space isn’t the main selling feature.

Where there is little compromise with the Stelvio, however, is in the way it drives. From lightning-quick steering responses to its lack of body roll, this is a b-road smile machine. It changes direction like a fly, and it’s neutral around corners, although generous use of the throttle will easily get the tail to step out. A Porsche Macan might be more composed with even more grip, but the Stelvio has always managed to plaster a bigger grin on my face. Every time I drive one I feel compelled to head out in search of twisty roads. A statement that I cannot say holds true for almost any other SUV I drive, even the pumped-up super versions. 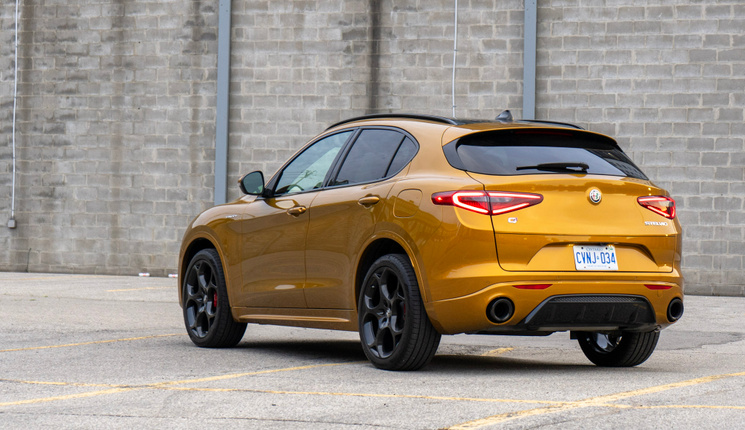 The range-topping Stelvio Quadrifoglio with its Ferrari-sourced V6 is a firecracker with over 500 hp and available exotic carbon-fibre shelled race seats. It’s a beast but you’ll barely get the chance to use all of that power on the road. It’s also over $100,000 and that’s a lot to pay for a small SUV. The regular Stelvio gives you 90 per cent of the fun and gets better gas mileage to boot. While it might not be the sports wagon of your dreams, the Stelvio is a worthy addition to any garage, one that will give you the utility that you need coupled with the driving experience that you want.