Can A 552 hp Porsche Really Get Good Mileage?

Join the Conversation (0)
Here is something to ponder: 2.2L/100 km and 12 km of a 29 km electric range left after a 63 km drive on one of the best driving roads in the country? In themselves, those numbers are amazing economy for any car. However, the car that is producing them isn't any car.

It is a 552 hp Porsche that has two different kinds of launch control.

Nova Scotia Highway 333, better known to just about everyone as Peggy's Cove Road, is a wonderful stretch of pavement to test out a performance car. It is 62 km long for the full loop, ranging from series of 30 km/h-posted curves to a few stretches of straight and boring 90 km/h two-lane blacktop. In the Porsche Panamera 4S E-Hybrid, I did this loop twice. Once to see just how little fuel I could use, and once to see if this Porsche with a plug was the ‘real deal’. 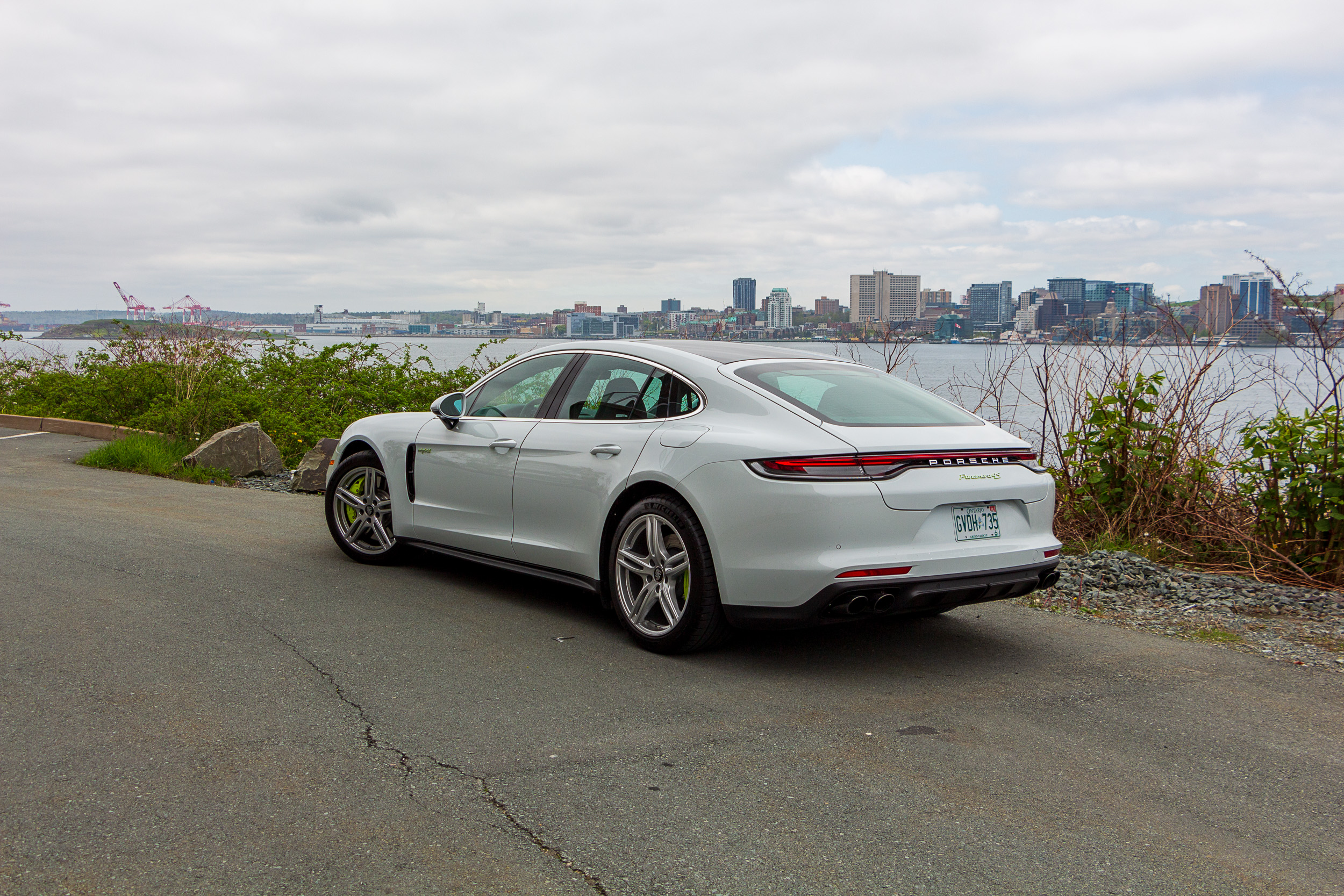 Here's how it went.

I could have left the 4SEH in EV mode for the entire trip, but that seemed like cheating. I put it in Hybrid Auto mode instead, meaning that the twin-turbo 2.9-litre V6 would bring its own power into play as needed.

My first big surprise in the Panamera 4S E-Hybrid was just how much punch the electric motor provided. The 135 hp doesn't sound like much, but it makes 295 lb-ft of torque from zero r.p.m. and the electric motor feeds the eight-speed PDK box meaning you're getting torque multiplication the entire time and since all E-Hybrid models get Sport Chrono as standard there is even a special electric-only launch control. 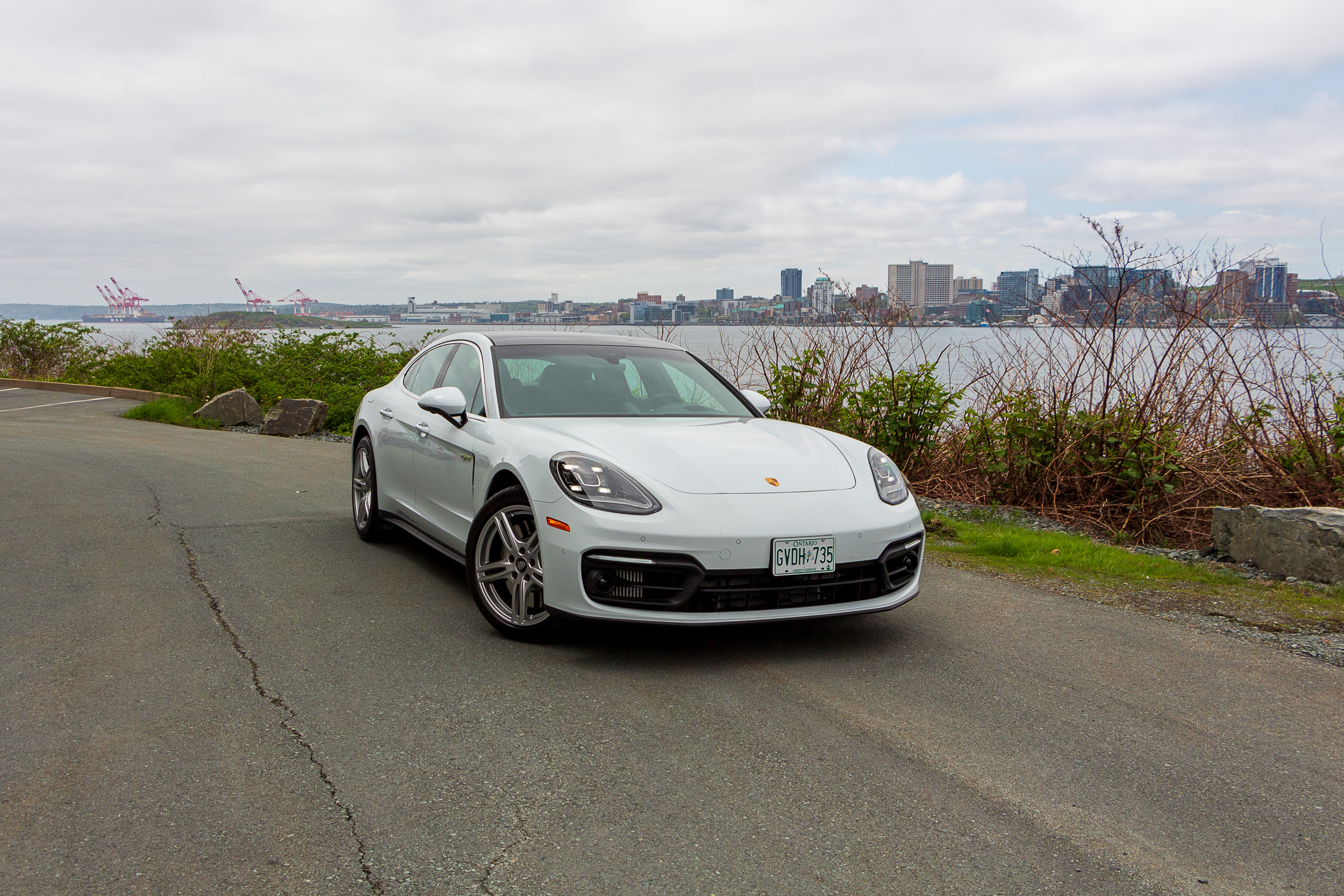 The Panamera was a joy on these roads in hybrid mode. The rear-steer shrinking the turning radius in the tight bits, the adaptive dampers soaking up everything the pavement had to offer and enhanced by the alarmingly small amount of body roll thanks to the active anti-roll bars underneath. Warning signs for slow curves? Forget about them in the Panamera, as long as you can see around the other side. The car just turned, stuck, and went in near silence.

This is where I point out I was on my slow drive.

It was a strange experience, proceeding along quickly but also with no drama at all. I was driving like my recently retired father, but still moving at Porsche pace and the car was almost clinical in its corner carving.

My fuel economy on the drive was an indicated 2.2-litre/100 km with 12 km of the official 29 km estimate left. No hypermiling 30-under tricks, no driving up the backside of a truck, just efficiency. You use less fuel if you don't accelerate, and the best way to avoid that is to never slow down.

The second surprise was how well this worked as a luxury sedan. The 35-series sidewalls and wheels the size of a drain cover don't lend themselves to comfort, but the active air suspension set to normal mode manages to filter out nearly every single bump or undulation from the pavement. Forget about expansion joints, they're simply not there in this car. Toggle it to Sport Plus, of course, and you'll feel every stray blade of grass on the asphalt, but they're felt like passing your hand over a freshly mowed lawn not a sharp impact through your fillings. 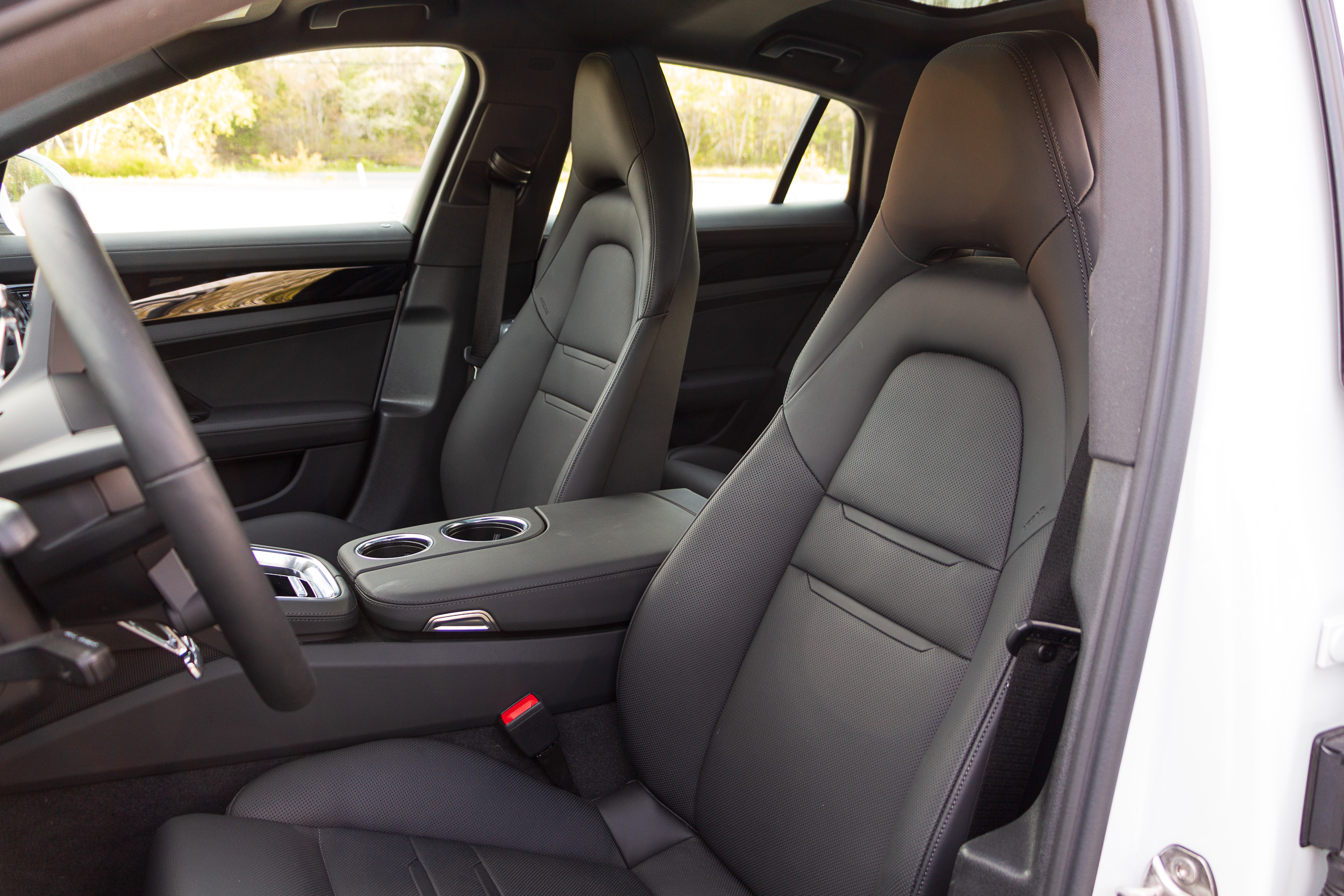 Next up? Turn around and do things a bit differently.

With Sport Plus mode toggled, every part of the Panamera 4SEH, dampers, roll bars, and even the exhaust, are all here to play this time. The V6 stays on and works with E-motor to deliver all 552 hp and 553 lb-ft whenever you ask for it. The PDK, which can feel clunky at times in city driving, reveals its true nature as a scalpel changing gears with more precision and speed than any human driver.

It turns into a blast. Any doubts of this being a real Porsche that came from my shocking fuel economy run disappear into the distance as quickly as this car rockets to highway speeds.

Driving like someone who cares about their license, the local constabulary, and the safety of the general public this car absolutely eats up corners. This time, I'm using the Acid Green brake calipers to their fullest and they drag the car down from speed time after time, with each parachute-like grab of the brakes followed by a rocket of acceleration.

Thanks to an electronic locking rear differential and torque vectoring to send the power where it will do the most work, the rear end of the Panamera and its 315-wide Michelins is glued to the pavement. The chassis stays neutral, letting you feed in a touch more accelerator, brake, or steering to get exactly the handling result you want. Or at least the one you asked for, since even Porsche's engineers aren't psychic, and you can't just floor the gas and hope for the best.

If it sounds like I was trying to use as much fuel as possible, you wouldn't be far off, but the mission was to see if this 2,300 kg battery-assisted sedan could do the Porsche thing and the hybrid task equally well. Doing the Porsche thing, I saw 15.9-litre/100 km per the Panamera's trip computer. And I had 48 km of range left, which is more than I had when I started. 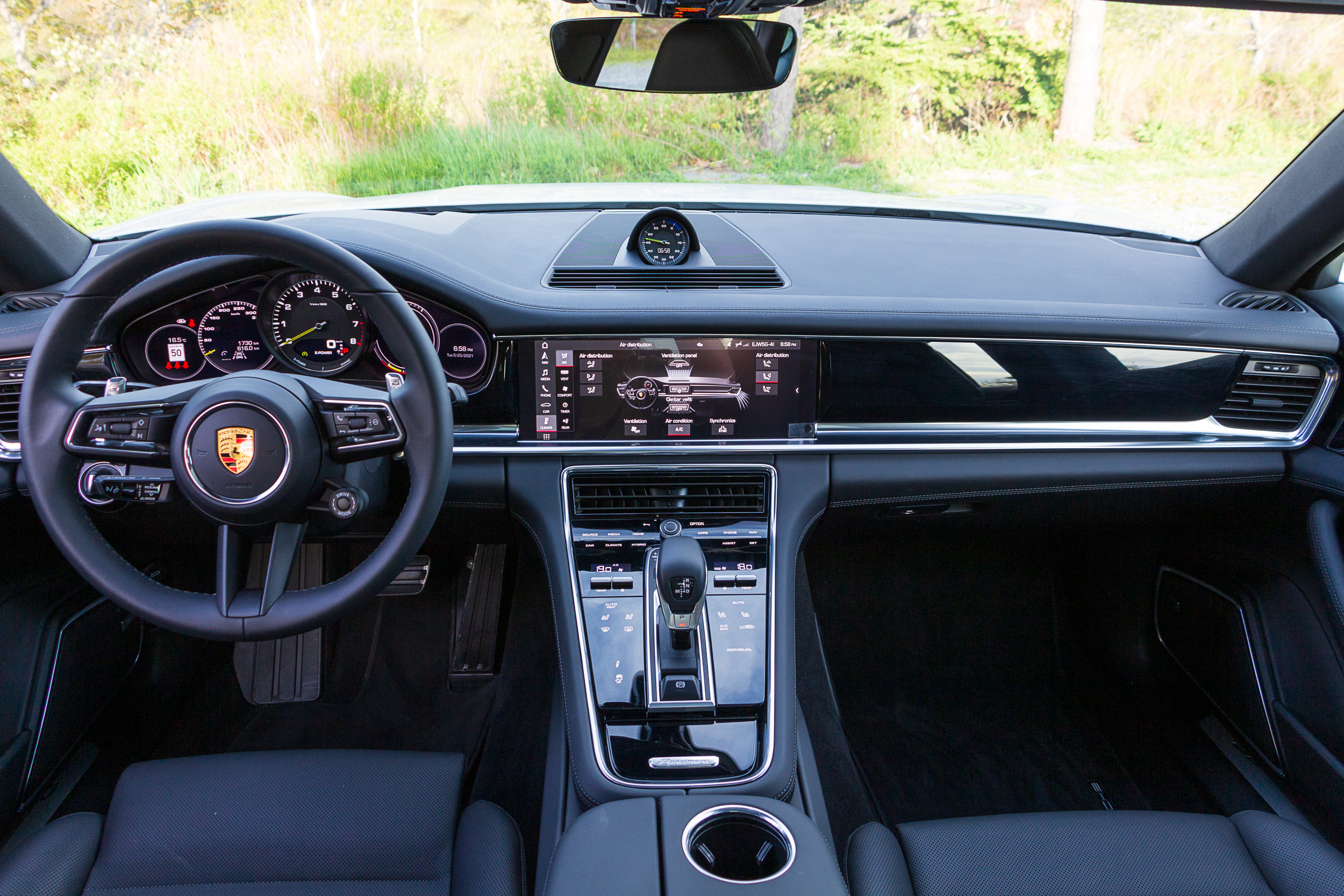 Split the two figures down the middle and you're still getting a consumption figure that looks more like a math error than the fuel economy of a 553 hp rocket ship, and that's what I saw in normal driving. The trip computer showed the car's lifetime average in the 8s. What's the verdict? The Panamera 4S E-Hybrid is perfect for anyone who wants to go really, really fast but only some of the time. And use hardly any fuel when they're going slow. It's hard to think of a better way to do it.