In time for the Toronto International Film Festival, we put the spotlight on filming locations across the province worth visiting.

Join the Conversation (0)
About this series: Wheels wants to inspire you to explore. This series of daytrips and longer drives highlight great experiences you can have in the province, ands show you why Ontario is “Ours to Discover.

The Toronto International Film Festival – which starts this Thursday – brings the thrill of movie magic to the city each year. But attending this star-studded annual event isn’t the only way you can get in touch with your inner cinephile this fall.

Canada is known as “Hollywood North” for good reason. With our varied scenery, cheaper production costs and tax incentives, it is a popular destination for filming TV series and movies. From stand-ins for fictional towns to scene-stealing backdrops, there are several road-trip-worthy filming locations close to Toronto and waiting to be explored.

Tour some of your favourite screen settings by going on a drive to one of these Ontario towns.

With its intriguing industrial history, abundant green spaces and hip urban areas, this triple threat city is the second busiest filming location in Ontario, according to Tourism Hamilton. The same historic sites and natural scenery that make Hamilton a magnet for film crews also make it an action-packed spot for a road trip.

Take a tour of Dundurn Castle National Historic Site, a 19th-century estate that has appeared in TV series like “The Umbrella Academy” and movies like “Crimson Peak.” Architecture buffs will also appreciate a stop at Liuna Station, an early 20th-century former CN Railway station that has been featured in productions like “X-Men” and “The Good Witch.” Nature enthusiasts can explore Gage Park, a serene community park and filming location for “Guest of Honour,” a drama by director Atom Egoyan that was screened at TIFF in 2019.

How to get there: Hamilton can be reached in about one hour from Toronto by driving west on Highway 403. 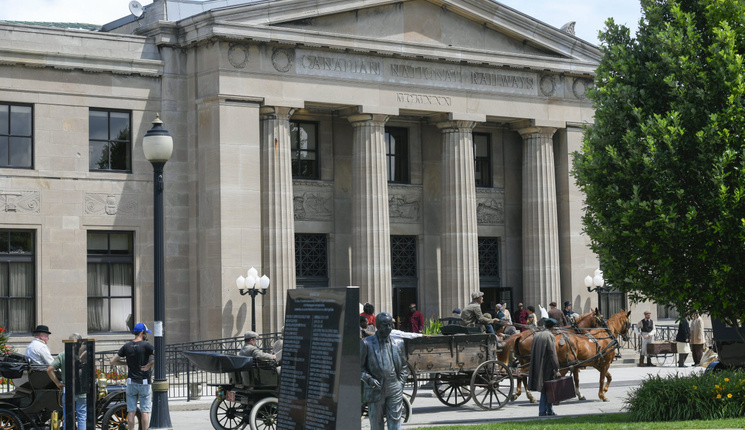 Fans of comfort TV will recognize the storybook-like town of Almonte as the setting for dozens of Hallmark and Lifetime holiday movies, such as “Christmas Festival of Ice,” “The Rooftop Christmas Tree,” and “The Christmas Set-Up.” While Almonte certainly charms during the festive season, its scenic riverside location, 19th-century stone buildings and cute boutiques make it a lovely weekend getaway destination any time of the year.

The town is known as a hub for creatives, with many shops along historic Mill Street – a backdrop in almost all productions shot here – selling works by local potters, glassblowers and other artisans. Stroll along the Riverwalk to admire waterfalls and landmarks like Almonte Old Town Hall. Make a snack stop at bean-to-bar chocolate shop Hummingbird Chocolate or sample vodkas and cream liqueurs made from unused milk sugar at the innovative Dairy Distillery.

How to get there: Almonte is located close to Ottawa and is about a four-hour journey from Toronto. Drive east along Highway 401 before heading north on Highway 15.

Pretty Port Hope, which hugs the shore of Lake Ontario, was transformed into the fictional town of Derry, Maine, in 2016 and 2018 for the production of Stephen King’s “It” and the sequel “It: Chapter Two.” The city offers several handy online guides that can help you map out a tour of the filming locations for some of the horror movies’ most iconic scenes.

Check out Port Hope’s red-brick town hall, which was converted into the Derry Public Library, as well as the 1930s-era Capitol Theatre, which featured 1980s films on its marquee to match the time period during which “It” was set. You might also recognize the Capitol Theatre from an episode of “Schitt’s Creek.” Netflix series “The Hardy Boys” was also shot in Port Hope in 2019 and 2021, using locations like West Beach and Union Cemetery.

How to get there: Drive east on Highway 401 or take the scenic route along Lake Ontario by following Country Road 2. 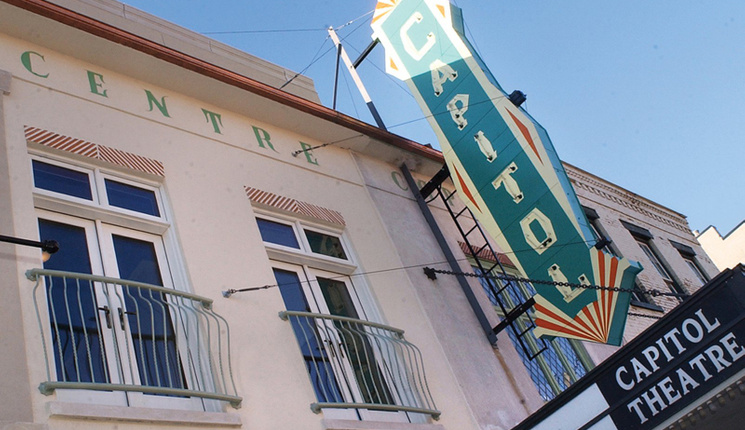 Kingston’s pedestrian-friendly downtown and thriving culture scene is attracting a growing number of local travellers in search of urban adventure. TV and movie crews, however, are primarily drawn to the Limestone City because of the imposing Kingston Penitentiary, Canada’s oldest maximum-security prison.

Since closing its doors in 2013, the 19th-century prison has been a filming location for productions like “Star Trek: Discovery,” “Alias Grace,” “Reacher” and “The Mayor of Kingstown.”

Guided tours highlight some of the notable escapes and riots that have occurred at the prison over the years. There are also film-focused tours that take visitors behind-the-scenes to areas of the property that have been featured in movies and on TV.

While you’re in town, save time to visit Springer Market Square, site of one of the oldest public markets in Ontario, which has appeared in “Vendetta” and “Murdoch Mysteries.”

How to get there: Drive east on Highway 401. The trip takes just under three hours.

With a skyline defined by 19th-century limestone buildings, Cambridge’s historic architectural features have made it one of the main stand-ins for the Republic of Gilead in the TV series “The Handmaid’s Tale.” The city makes it easy to discover this fictional dystopian world with a self-guided walking tour that takes in sites like City Hall, which doubles as Gilead’s courthouse, and the Grand River floodwalls, which serve as The Wall in many scenes.

Cambridge also offers maps highlighting locations where other productions, such as “The Good Witch” and “The Hardy Boys,” have filmed. Walk around the Brant Road and Blenheim Road areas of the city to see several homes that provided interior and exterior shoot locations for Netflix’s “The Queen’s Gambit.”

How to get there: Cambridge is about a 90-minute drive from Toronto, going west along Highway 401. 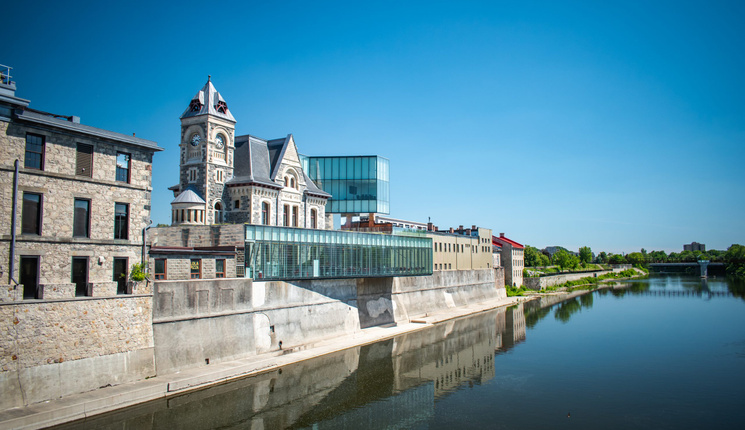