These historic sites will help you understand Ontario’s cultural mosaic

From the Woodland Cultural Centre to the Sons of Jacob Synagogue, the Buxton National Historic Site and more.

Visits to historical sites, often centuries-old landmarks staffed by well-informed staff and volunteers — frequently dressed in period attire — are incredibly rich learning experiences. But there are other historically significant sites, sometimes lesser known, throughout Ontario that will simultaneously surprise us and enrich our understanding of this province’s cultural mosaic. Here are five you should visit.

Woodland Cultural Centre in Brantford
The Woodland Cultural Centre, located at 184 Mohawk Street, was established in 1972 after the closing of the Mohawk Institute Residential School, one of the oldest and longest operating in Canada. As many as 15,000 children from 20 Indigenous communities were sent here. The centre, which houses a collection of 50,000 artifacts — many of them detailing the abuses endured by students — is open to individuals and groups who wish to learn about truth and reconciliation, racism, Six Nations Lands claims and other Indigenous topics through workshops and educational programming. Visitors can also take self-guided tours to learn about the traditions of all Six Nations, the Onondaga, Mohawk, Cayuga, Oneida, Seneca, and Tuscarora. An investigation was launched in 2021 into the possibility of unmarked graves on the grounds of the former school.

How to get there: Take the Queen Elizabeth Way and then drive west to Highway 403. In Brantford, exit onto Garden Avenue and continue to Mohawk Street.

The Sons of Jacob Synagogue has the distinction of being the oldest synagogue north of Toronto that’s still in use. The building, constructed between 1906 and 1907 in North Bay, was variously used as furniture, grocery, wallpaper and second-hand stores before becoming a synagogue in 1925. As many as 60 Jewish families regularly attended the synagogue until the 1980s, by which time the area’s Jewish population had dwindled to about 15 households. The synagogue, which features stained glass, Romanesque arches and the region’s only kosher kitchen, holds occasional services. For the drive, listen to the podcast “Take A Tour of Jewish Northern Ontario” with former CBC host Ralph Benmergui. For more information, email hkizell@gmail.com.

How to get there: Drive north on Highway 400 and then merge onto Highway 11. In North Bay, take Fisher Street and then turn onto McIntyre. The synagogue is located at 302 McIntyre St. W. 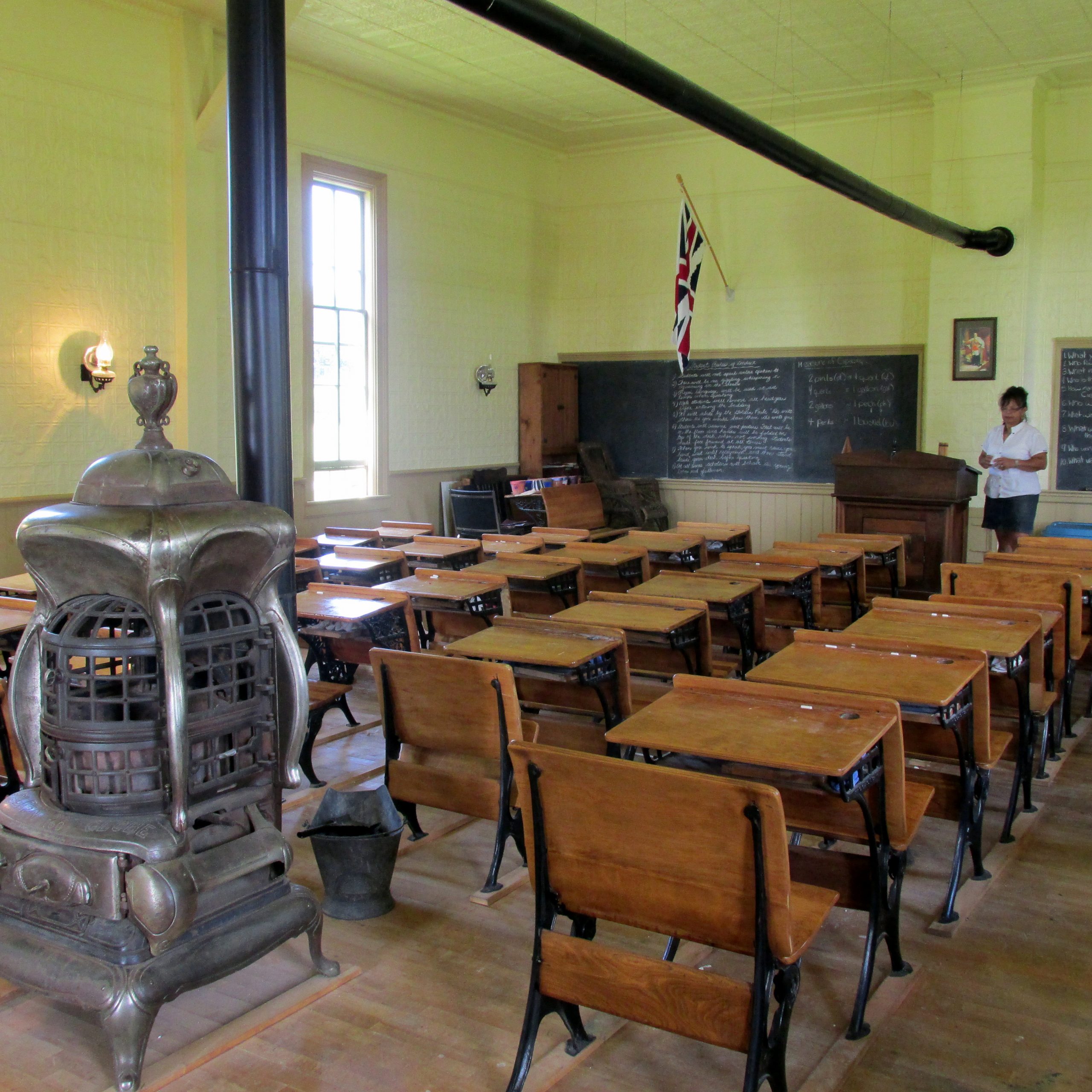 Buxton National Historic Site & Museum in North Buxton
This historic site and museum near Chatham honours what’s known as the Elgin Settlement, one of the last stops on the Underground Railroad. Established in 1849 by Rev. William King and 15 former enslaved people, the settlement was designed for and by African Americans. King, who came to Canada from the U.S. as a missionary, and his co-founders determined that the settlement would help “settlers to become self-sufficient and self-sustaining.” The 50-acre lots could only be purchased by Black settlers, and settlement’s building standards ensured they would live in proper homes. There was dignity in the flowers, picket fences and vegetable gardens that surrounded the well-kept homes, reflected today in the replica 1850s house and the original 1861 schoolhouse that are open to visitors.

On August 27, 2022, London-born NHL star Nazem Kadrey made history when he stood on the steps of the London Muslim Mosque and raised the Stanley Cup in front of thousands of members of his local Muslim community. He said he was honoured to be the first Muslim to bring the Stanley Cup to the mosque. (The Calgary Flames player is believed to be the first Muslim NHL star in hockey history.) The London Muslim Mosque, located at 151 Oxford St. W., has its own historical significance. It’s the first mosque built in Ontario and the second in all of Canada. The mosque, which also honours the first Muslims who arrived in this southwestern Ontario city in the late 1800s, is not only a place of worship. The complex includes an award-winning school and modern gymnasium. For a tour or educational session, visitors are asked to email secretary@londonmosque.ca in advance.

How to get there: Drive west on Highway 401 to Hamilton Road in London, and then turn onto Oxford Street. 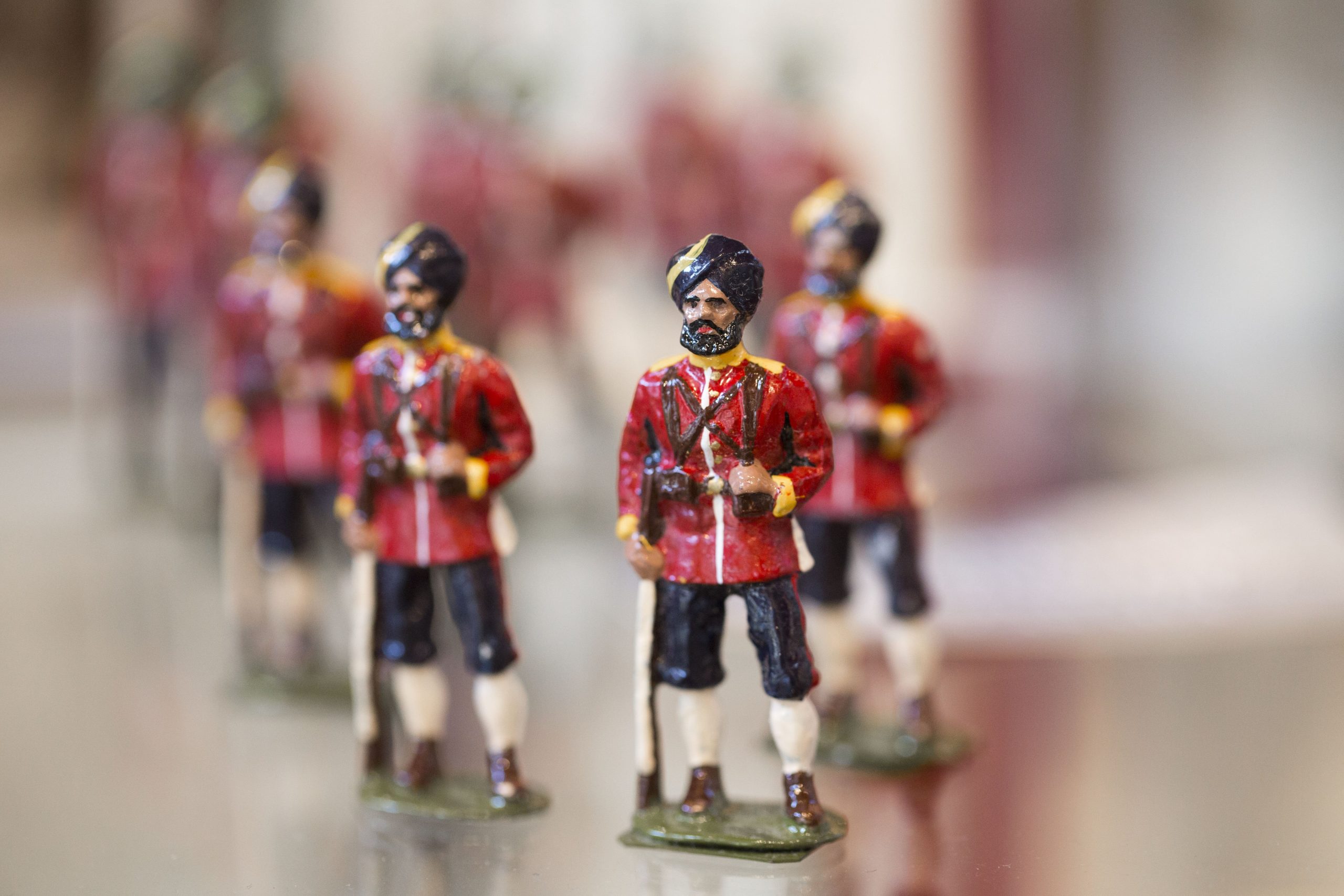 
This road trip includes two opportunities to learn firsthand about Sikh history and traditions in Ontario. Gurdwara Shaheedgarh Sahib, also known as Gurdwara Gursikh Sangat, sits on a hill in the picturesque Dundas area of Hamilton, close to the beautifully landscaped Royal Botanical Gardens. It’s the second-oldest Sikh temple in Canada. Non-Sikhs who wish to attend the sangat (community) gatherings to observe a worship service, are welcome to attend Sundays at noon when English-language services are available. On your return home, be sure to visit the Sikh Heritage Museum of Canada in Mississauga. Exhibits and displays chronicle the history of Sikhs in Canada dating back to the mid-to-late 1800s. The museum is located at the Great Punjab Business Centre on Drew Road.
How to get there: Drive on Highway 403 and then north on Highway 6 before taking Exit 74 to reach the Gurdwara Shaheedgarh Sahib on Old Guelph Road. For the museum, take the Queen Elizabeth Way to Airport Road/Peel Regional Road 7 before turning onto Drew Road.

Historian David Borys delves into moments in Canadian history that haven’t always made it into high school textbooks with the “Curious Canadian History” podcast. Ontario-specific episodes cover Chatham’s all-Black all-stars baseball team, women in hockey history, and the role of Black Canadians in the War of 1812. It is available from Apple Podcasts.