Ours to Discover: Quebec – the Quebec City area

A living history, Learn about traditional French-Canadian and Indigenous cultures while visiting the capital of Quebec

Join the Conversation (0)
In this four-part series, Wheels takes a road trip through Quebec, learning more about the people, culture and history of Ontario’s eastern neighbour. We learn why La Belle Province is “Ours to Discover” this winter and beyond. In part three, we leave the Eastern Townships for the provincial capital.


Consult the provincial website for the most up-to-date information and contact individual businesses to confirm how they’re currently operating.

It is still possible in some spots in Quebec City to stand in a place that hasn’t changed in hundreds of years. It is part of the charm of this gem of New France, founded in 1608 on the north shore of the St. Lawrence River. A trip to this part of the province allows you to not only see history, but also touch and immerse yourself in a bygone era. And this ability extends well beyond the walls of its old city to the communities surrounding the provincial capital.


In the morning: After enjoying the continental breakfast at Grand Times Hotel Sherbrooke, leave the city and head back toward Lennoxville to Brûlerie Faro – a popular fair trade coffee shop – to get a latte to go. Follow the Chemins des Cantons heritage route toward the town of Eaton-Corner, where, just before you arrive, is one of the panoramic sheds that dot the region.

Offering views of New Hampshire, this shed – it has a swing bench – also contains information about the local area, how it was settled and the local towns. There is also a map of the Chemins des Cantons so you can position yourself geographically and locate other sheds in the area. 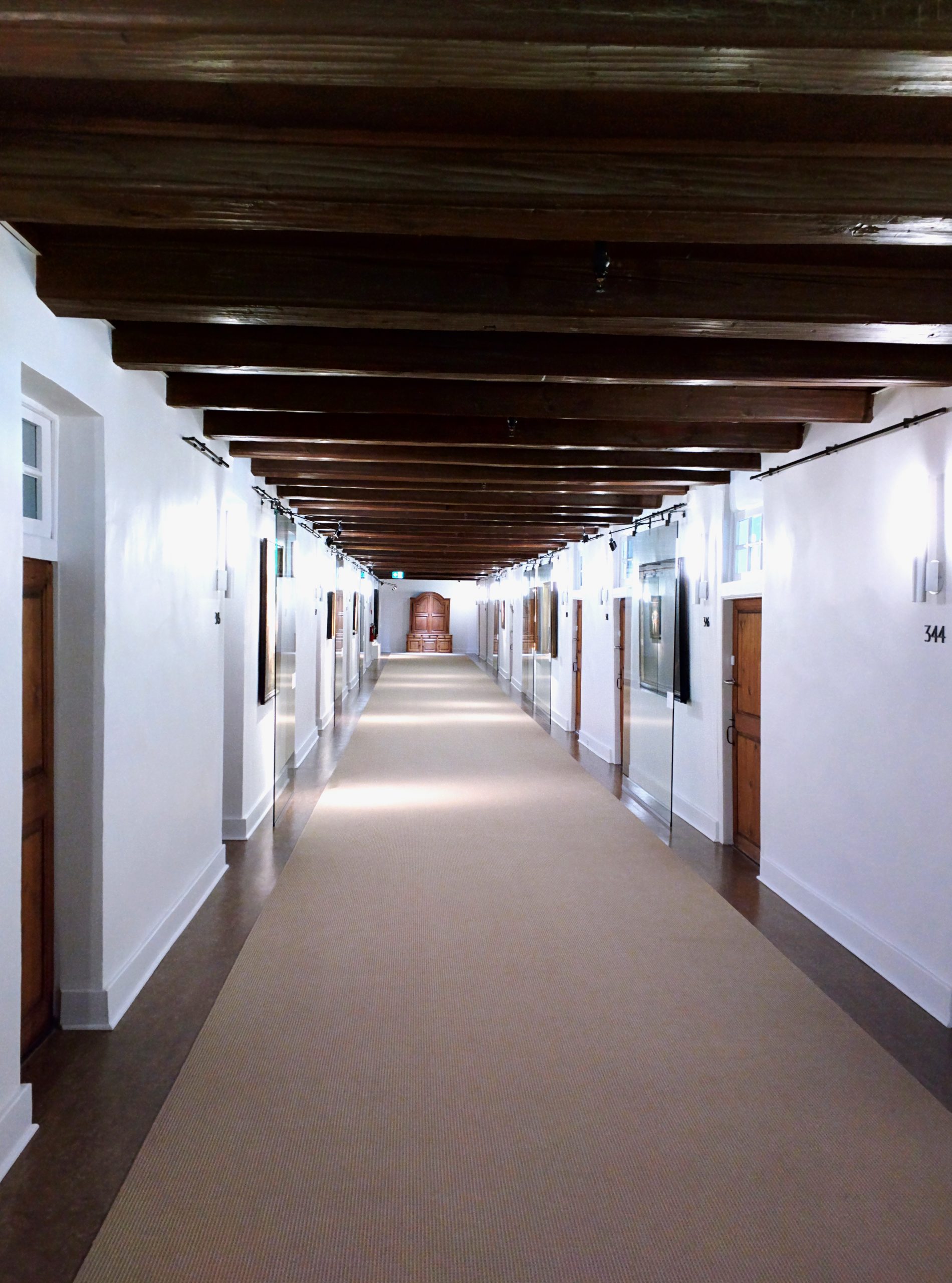 Continue driving to Cookshire-Eaton, a community named after captain John Cook, a loyalist who settled the area in 1795. The community is home to the first school built in the Eastern Townships and an arrangement of standing stones, commemorating the Scottish heritage of the region.

In the afternoon: Enjoy a leisurely lunch at La Mante du Carré in Danville. This restaurant is also a community market full of fresh produce, preserves, cheeses and meat from more than 200 vendors. The dishes on its menu can only be made using Canadian ingredients, with 80 per cent sourced within 150 kilometres, 15 per cent from across Canada and only five per cent – mainly tea, chocolate and coffee – from outside the country.

After lunch, check out the small park next to the restaurant, which features a director’s chair in honour of Mack Sennett, the Hollywood silent film producer of the Keystone Cops, who was born in the city. Leaving Danville, follow routes 116 and 162 to Autoroute 20 – the Trans-Canada Highway – northeast toward Quebec City, a roughly two-hour drive.

In the evening: Located on the edge of the old city, Le Monastère des Augustines is easy to access by car for those hesitant about driving through the narrow roadways of this UNESCO World Heritage Site. A former convent started by the Augustinian sisters in the 1600s, the building is now a wellness hotel with accommodations in the former cloister. It includes spartan single and double occupancy rooms in the former cells (small sleeping rooms) used by the nuns, shared bathroom facilities, and contemporary rooms with ensuites. None of the rooms have TVs.

Once checked in, take a moment to orientate yourself by exploring the cobbled streets of the old Quebec City and enjoy dinner at the iconic Fairmont Le Château Frontenac, one of the most photographed buildings in the province. The hotel is home to Sam Bistro – where you can enjoy cod fish and chips or flat iron steak – and the Champlain Restaurant. It serves modern regional cuisine, with dishes that include braised wild hare and deer loin with smoked beet root.


In the morning: In keeping with the history of the convent, the continental-style breakfast at des Augustines is a silent affair, allowing the opportunity for contemplation. After eating, be sure to visit the museum, which chronicles the story of the Augustinian sisters and how they offered the first form of health care in New France. The cloister is part of the larger Hôtel-Dieu, which was the first hospital established north of Mexico City in the Americas, and also houses the skull of St. Jean de Brébeuf, a Jesuit missionary in New France who was canonized in 1930. 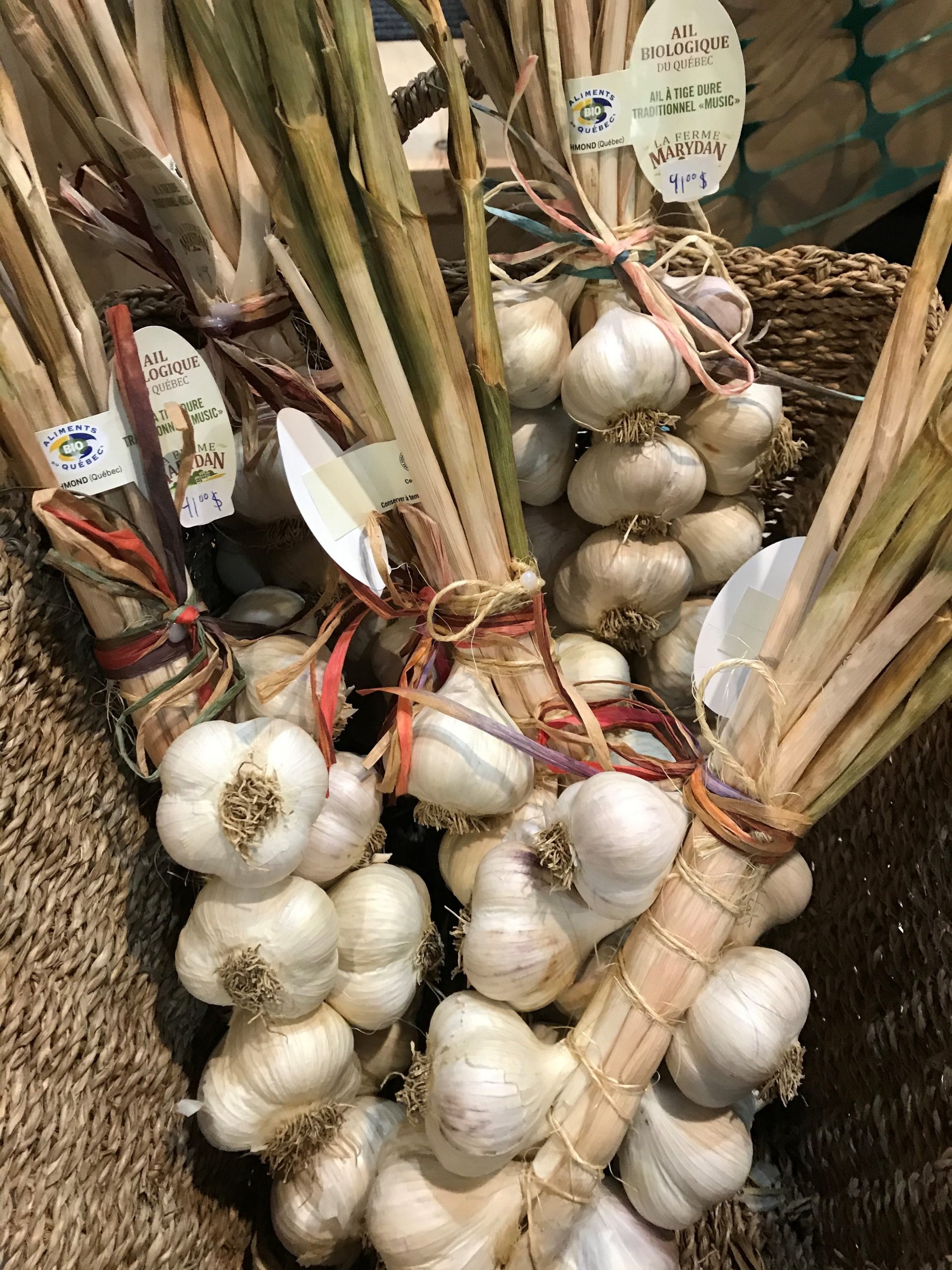 The main entrance to its museum includes a “baby hatch” dating from the early 1800s. Over the years, an estimated 1,400 orphaned babies were left in the door, which rotates once closed. Many of the children died, while others were adopted or reunited with their families.

In the afternoon: Head to the lower section of the old city for lunch at Le Don, Quebec City’s first fully vegan restaurant. Its menu includes delicious items that include beet tartare, mushroom fettuccine, bibimbap and burrito bowls.

From the restaurant it is a short walk to the Musée de la civilization, where you can take in the “People of Québec… Then and Now” exhibit. Featuring more than 375 artifacts and documents, it offers insight into the culture of the province, from the Indigenous peoples who first inhabited the site, the transition from French to English rule, and the legacy of the Quiet Revolution.

Follow it up by exploring many of Quebec City’s historic sites, from Maison Jacquet, the oldest surviving house in the city dating from 1675, to La Citadelle de Québec, the star-shaped fortifications built between 1820 to 1850 that now houses a museum full of artifacts including medals and uniforms. 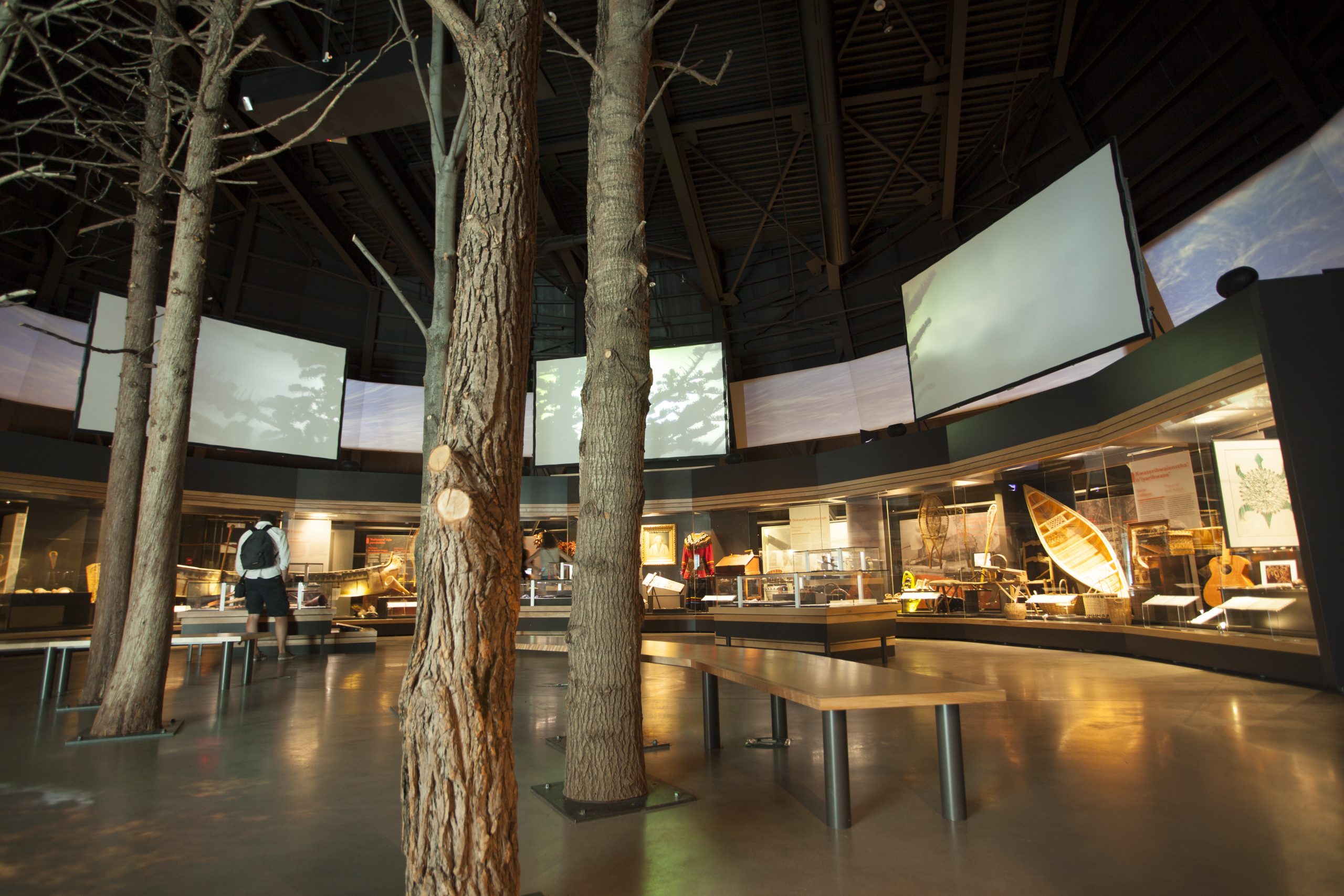 In the evening: Enjoy a sumptuous modern dinner featuring organic ingredients at Bistro L'Orygine. Its five course Discovery Menu – with the option of also having wine pairings – include dishes such as mackerel with pickled leak, roasted venison, Cornish hen with Charlevoix chorizo, and hazelnut churros.


In the morning: Located just a 15-minute drive east from the old city, Montmorency Falls is an 83-metre-high waterfall next to the St. Lawrence River. The park around it includes a walking path and bridge that crosses the top of the waterway, as well as a seasonal zipline and via ferrata (climbing) circuit on the cliffs next to the falls.

After enjoying the view, continue along the New France Route. Drive east along Route 360 and follow one of the oldest roads in the province. Sites of interest include the Charleville Manor that was built between 1660 and 1667, the municipality of L'Ange-Gardien with its well-preserved architecture, the Petit-Pré mill built in 1696 in Château-Richer, and the Aux Trois Couvents, a former convent turned into a museum.

In the afternoon: Head to the Hôtel-Musée Premières Nations in Wendake, a 30-minute drive northwest of the old city. The 55-room hotel is operated by the Huron-Wendat community, with the works of local artists – like beaver pelt pillows – featured in the decor. After dropping your bags in your room, visit the onsite museum, a circular space where the history and heritage of the Huron-Wendat people are recounted through documents, artifacts, paintings and clothing. 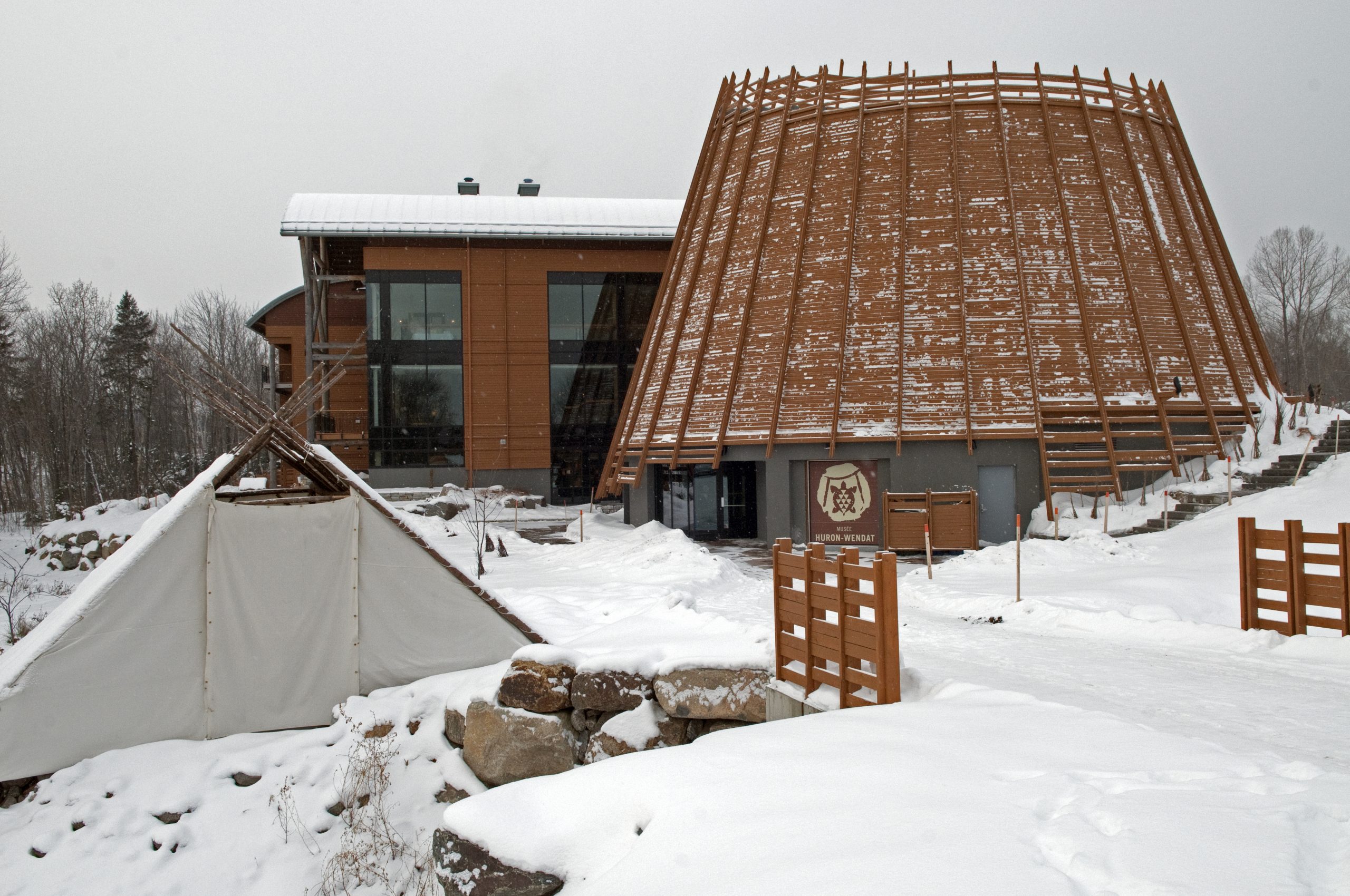 In the evening: Visit the Ekionkiestha’ National Longhouse – a recreation of a traditional village surrounded by a wooden palisade – next to the hotel for its Myth and Legends evening. An Indigenous storyteller recounts stories, such as its creation myth or how the bear clan received its name, but also offers insight into the importance of longhouses to families and different clans. 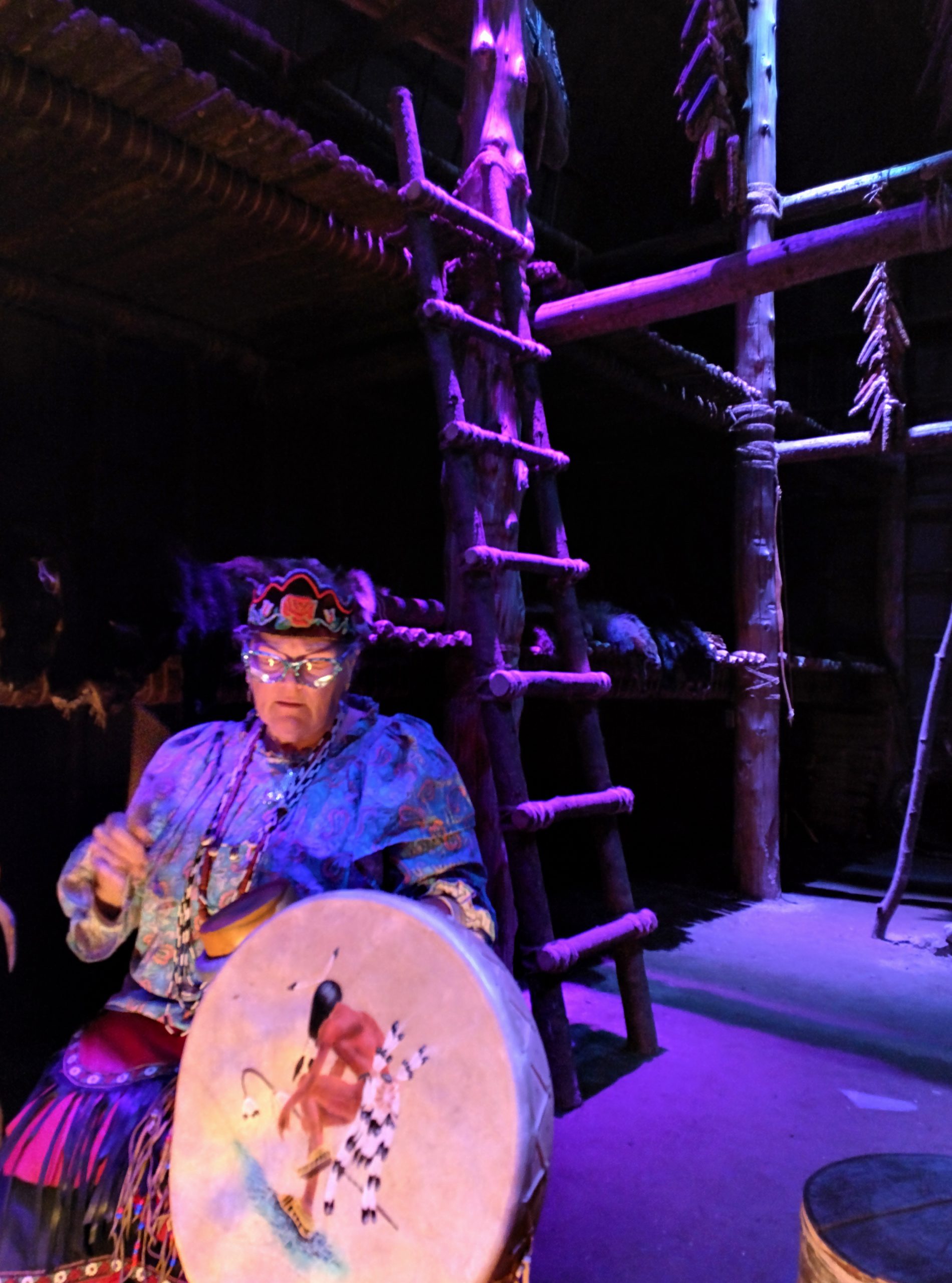 
Next week we drive from Quebec City to Mont-Tremblant and the Laurentides region.