Ours to Discover Quebec: Charlevoix is home to artists and artisans

Join the Conversation (0)
In this four-week special series, Wheels takes a road trip through eastern Quebec, learning more about the people, culture and history of the region. We learn why La Belle Province is “Ours to Discover” this summer and beyond.

For more than 100 years, the Charlevoix region of Quebec has welcomed vacationers to its picturesque towns and cities along the north shore of the St. Lawrence River just over an hour’s drive east of Quebec City.  Americans and Canadians initially arrived by boat, and later by train, to stay at grand hotels and lodges that dotted this stretch of the waterway. Today, the region is one of the most-popular tourist destinations in the province thanks to its artisanal creators, artistic communities and unique landscape.

In the morning: As you drive east from Quebec City along Route 138 be sure to glance to your left to take in Montmorency Falls, a waterfall that plunges 83-metres a short distance from the St. Lawrence. The highway follows the river for most of its route and offers picturesque views of the waterway and Île d’Orléans.

In the afternoon: For anyone craving an all-inclusive experience without leaving the country, the well-known resort chain Club Med recently opened Club Med Quebec Charlevoix. It’s located in Petite-Rivière-St-François at the base of Le Massif, a popular mountain known for its recreational activities.

The family-friendly resort is built into the side of the mountain, allowing easy access to the summer hiking trails and the gondola that ferries visitors to the top of the peak. As with its other locations, food, drinks and activities at Club Med are included in its fees, which start at $210 per person per night. If you don’t feel like staying overnight, a variety of day-pass options, starting at $100 per adult and $51 per child, are available.

Stop for lunch at its food hall, Le Marché, before spending the afternoon hiking on the mountain, lounging at the indoor pool or steam room, or playing a round mini golf. 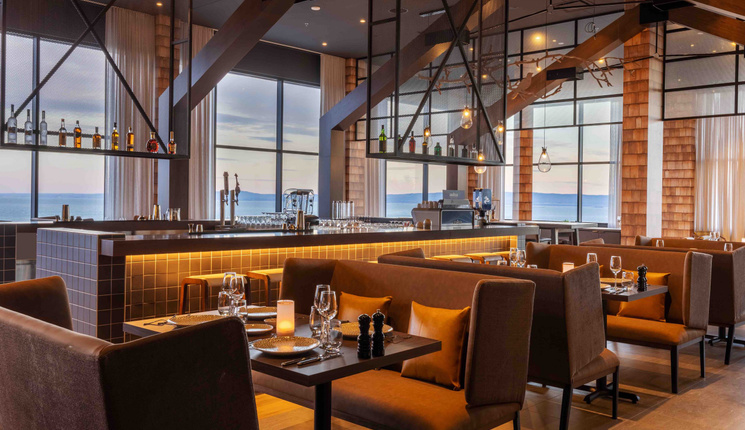 In the evening: Make a reservation for dinner at the resort’s Le Chalet – with commanding views of the St. Lawrence – or opt for a family-style meal or fondue and raclette made from local cheeses and charcuterie at Terroir & Co. After dinner, be sure to stop at the Le Météore to take in one of the nightly shows featuring live music, cirque performances and dancing.

In the morning: Continue east along Route 138 to Baie-St-Paul and spend time exploring Rue-St-Jean-Baptiste. This lively street is lined with specialty shops, restaurants and art galleries – Charlevoix is well-known for its vibrant arts community. Be sure to visit the Musée d’art contemporain de Baie-St-Paul, which houses a collection of contemporary paintings, sculptures and photography by national and international artists.

Also worth a visit is Hydromel Charlevoix, which makes wines and spirits distilled from local honey. Its products are a natural representation of the different environments in the region since its apiaries are situated in diverse landscapes – from buckwheat fields to wildflower orchards. Each batch of honey takes on the unique flavour of its location.

Hydromel Charlevoix’s small-batch honey wines include its Cratère aged in oak barrels and Piqure, which also features the skins of discarded grapes from a local winemaker. It also distils a summer-themed gin made from honey with flavours of wildflowers, lavender and other plants foraged from the area, and a winter gin featuring ingredients including wintergreen. 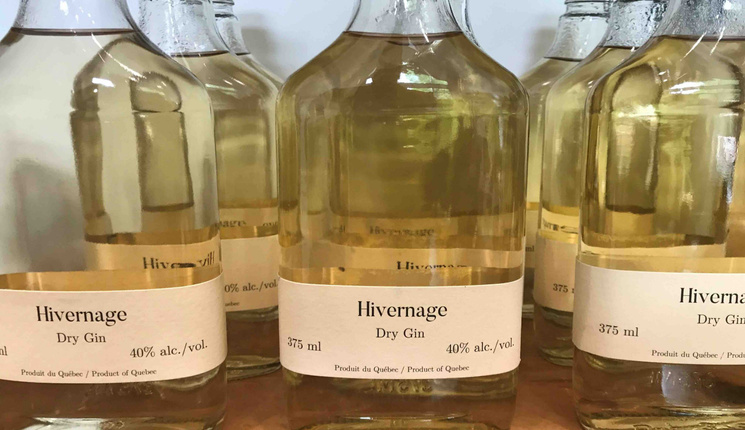 Around noon: Follow your wine tasting with lunch at Restaurant Le Saint-Pub, a popular brewpub that features a comfort-food menu with items such as poutine, a variety of burgers and fish and chips.

In the afternoon: Drive 15 minutes north along Route 138, turning onto the 381, to visit the Centre de l'Émeu de Charlevoix. It was started in 1997 by Raymonde Tremblay, who transformed her family’s unused dairy farm into an emu centre.

During your visit you can meet the flightless birds – there are between 350 and 400 of them – taste some of the different foods made using their meat, and learn about the beauty products, from eye serums, to exfoliants and moisturizers, containing emu oil. 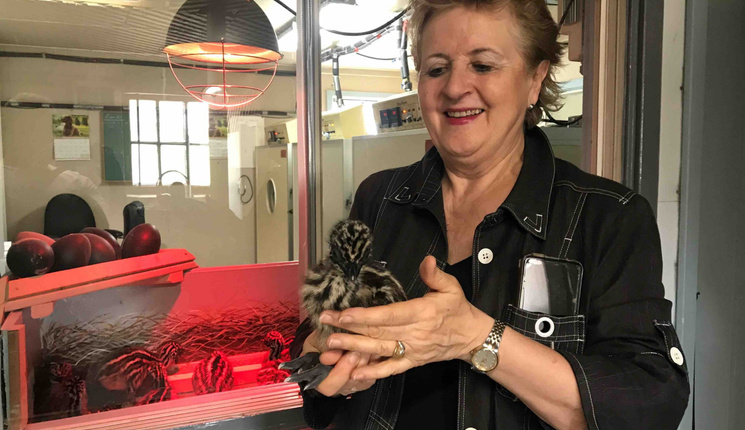 Tremblay, who is the fifth generation of her family to live on the farm, uses the centre to also explain how the introduction of the emu, and the use of its oil and meat, is a natural evolution of the region’s cultural history.

For centuries, locals would use cod liver oil for medicinal purposes, and also hunted porpoises native to the St. Lawrence to use their oil in lamps. The dishes created by the centre’s chef use emu meat in traditional food items, including tourtières (meat pies) and pâté chinois, a French-Canadian dish similar to shepherd's pie.

In the evening: Check into the Maison Otis, a boutique hotel on Rue-St-Jean-Baptiste. Located in a stone building dating from 1836, each of the rooms have been designed by a different artist. Their biographical information and an oversized copy of their signature appear on the walls of the room they designed.

Once you are settled in, walk to Le Diapason, a friendly bistro with a menu featuring ingredients from the Charlevoix region. Start with a plate of smoked salmon from the Fumoir St-Antoine or a bowl of tomato and roasted pepper gazpacho before enjoying a main course of sweet and sour boar with grilled octopus or duck tartar with bone marrow.

In the morning: Leaving Baie-St-Paul, drive east along Route 362 toward La Malbaie. Keep an eye on the geography as you make the drive, from the steep hill you need to climb as you head out of the village to the solitary eroded mountains on your left as you pass the community of Les Éboulements.

Those large hills, and the rest of the Charlevoix region’s unique features, are the remnants of a stellar collision 400 million years ago, when an asteroid 54-kilometres in diameter slammed into the earth.

While the scar left by the impact has eroded over the millennia, its legacy can still be seen. Those lonely hills near Les Éboulements mark the centre of the impact, while the ring of hills circling the region, and disappearing into the St. Lawrence, marks the crater’s rim.

You can learn about the meteor strike and its effect on the local geography, as well as the science of asteroids, comets and meteorites at the Observatoires astronomique et de l'Astroblème de Charlevoix.  Located in La Malbaie, the astronomy centre also offers stargazing events and houses a collection of meteorites.

Around noon: Drive into Pointe-au-Pic, which is part of the municipality of La Malbaie, and enjoy lunch at Le Café de la Gare. This charming restaurant is located on the waterfront and features a small-yet-delicious menu of dishes such as mussels with duck confit and fries and flank steak served with candied onions, honey and cranberries.

After lunch, be sure take a walk along the waterfront, where you will discover charming shops, art galleries and a small station that serves the Charlevoix Train, a scenic railway which runs seasonal excursions between Quebec City and La Malbaie.

In the afternoon: Visit the Musée de Charlevoix to learn about the history of the region. Its “Charlevoix Raconté” exhibit includes artifacts and local artwork, from hooked rugs to wood carvings and paintings, while its “Les Années Hippies dans Charlevoix” examines the influence the influx of young people to the area in the 1970s has had on the region – including Cirque du Soleil co-founder Guy Laliberté 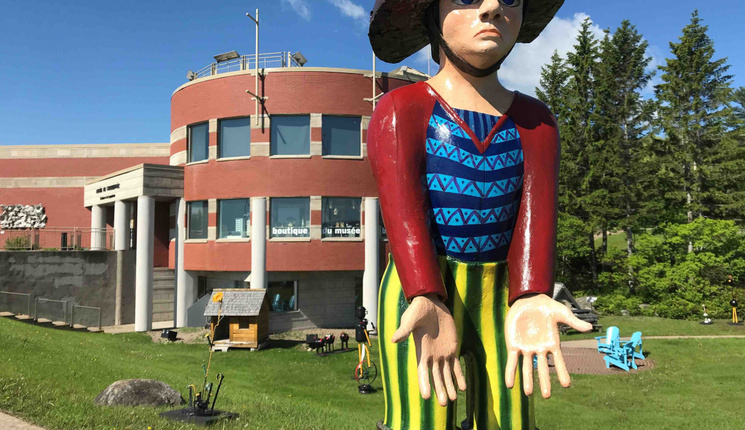 In the evening: Check into the 405-room Fairmont Le Manoir Richelieu, which is perched on an escarpment above the St Lawrence. While the first manor house opened in 1899, the current building dates from 1929.

The property includes a golf course – which has been ranked among the best in the world – indoor and outdoor pools, a luxurious spa and a casino. After playing a late day round of golf, settle into a table at the hotel’s Le Saint-Laurent Restaurant for a meal of duck breast with miso and maple or the salmon served with a sea urchin sauce. 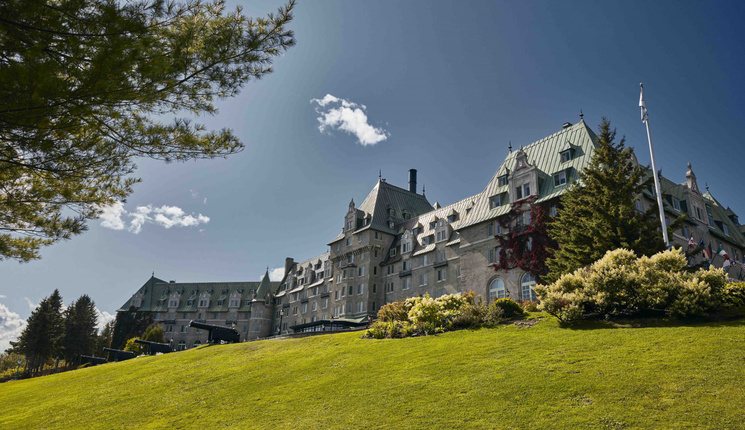 For the drive: Author Gabrielle Roy lived in the Charlevoix region for part of her life. Spend time listening to some of her works while you drive, including audiobook versions of her Governor General’s Award-winning novels “The Tin Flute” or “Children of My Heart.”

Next week: We continue travelling on the northern shore of the St. Lawrence River to the village of Tadoussac.