Ours to Discover Quebec: Bas-St-Laurent, a drive through history

Join the Conversation (0)
In this four-week special series, Wheels takes a road trip through eastern Quebec, learning more about the people, culture and history of the region. We learn why La Belle Province is “Ours to Discover” this summer and beyond. This week we leave Tadoussac and cross the St. Lawrence River to the Bas-St-Laurent region.

Stretching along the southern shore of the St. Lawrence River, the Bas-St-Laurent region is rich in history and culture. For much of this drive, we follow the Navigator's Route along Route 132, visiting picturesque and historic villages, towns and cities. Along the way we also learn about one of Canada’s worst maritime disasters and visit several scenic lighthouses

In the morning: After breakfast at the Hôtel Tadoussac, begin your drive east on Route 138 to the small village of Les Escoumins to take the ferry across the St. Lawrence River to Trois-Pistoles. You need to pre-reserve your spot on the ferry and arrive at the wharf about an hour before your departure to register with the attendant. Once onboard for the roughly one-hour trip, give your registration card to the cashier and pay for your crossing.

Back on land, begin driving southwest along Route 132, which follows the river, to Kamouraska. The picturesque community, which is a member of the Most Beautiful Villages of Quebec Association, lent its name to Anne Hébert’s historical novel “Kamouraska,” which is based on a murder in the area in the 1830s. Park at the local church and explore the boutiques and restaurants, as well as the community’s small local museum and waterfront. 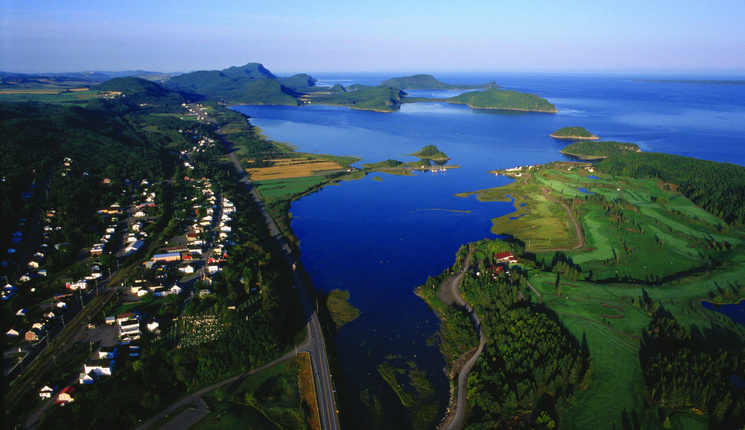 In the afternoon: Drive back northeast toward Rivière-du-Loup by following Route 132 or Autoroute 20. Once you arrive in the city, stretch your legs at the Parc des Chutes. Spend time admiring the 33-metre-high waterfall, which is located next to a refurbished hydroelectric power station, before walking some of the trails that cut through the park and cross the river.

Once done, explore the shop-filled Rue Lafontaine before heading to the Musée du Bas-St-Laurent, to learn about the community and its residents through nearly 500 historic photos, and the Manoir Fraser, the 1830s residence of the Fraser family, who were the seigneurs (landlords) of the area. 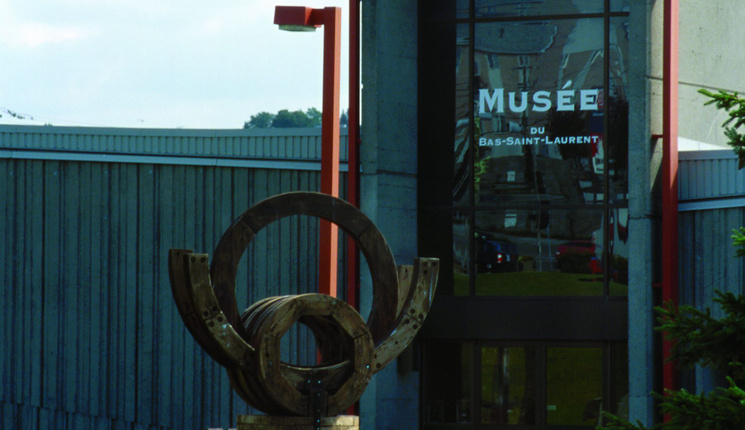 In the evening: Check into Hôtel Universel Rivière-du-Loup for the night. The 300-room hotel features an indoor pool, a Nordic spa with hot and cold water treatments and two restaurants, La Verrière and Le Rialto.

In the morning: Drive east along Route 132 for just under one-and-a-half hours to the Pointe-au-Père district of Rimouski to learn more about one of Canada’s worst maritime disasters, the sinking of the RMS Empress of Ireland.

Shortly before 2 a.m. on May 29, 1914, the ocean liner collided with the Norwegian collier Storstad in heavy fog off the coast of Pointe-au-Père. In 14 minutes, the Empress disappeared under the waters of the St. Lawrence River, taking 1,012 of its 1,477 passengers and crew with it.

More than 200 artifacts from the liner, including those recovered after the disaster and from the wreck before it was protected in 1999, are housed at the Empress of Ireland Museum. It also features a model of how the Empress rests on the riverbed.

The museum is part of the Pointe-au-Père Lighthouse National Historic Site, which includes the second tallest lighthouse in Quebec. A guide takes visitors up the 128 steps to the top of the 33-metre-high structure. After, visit the HMCS Onondaga, a decommissioned Oberon-class submarine that now open to the public and is part of the historic site. You can tour its interior and learn more about what it was like to serve onboard. 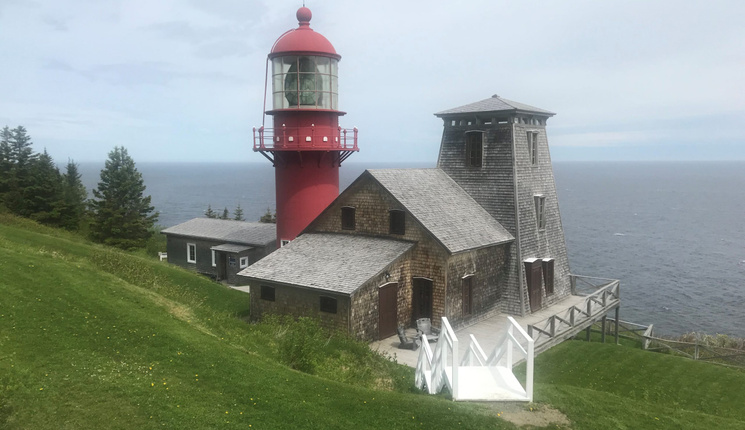 Around noon: Drive less than 15-minutes into downtown Rimouski for lunch at La Brûlerie d’Ici. Bite into a smoked salmon baguette, chicken, brie and caramelized onion ciabatta or its house specialty, a tuna panini, before exploring downtown.

In the afternoon: Head to nearby Parc national du Bic, a small national park nestled on the St. Lawrence River. It is home to a variety of ecosystems, from coves and bays – home to harbour and grey seals – to rocky peaks and salt marshes. Explore some of its nine hiking trails, which range from easy to difficult, or kayaking along the shore.

Seal watching is a popular summer pastime at the national park. During half or high tide, position yourself at the Pointe-aux-Épinettes observation area to see the seals lounging on the rocks along the shore. During low tide, the best spot is at Anse aux Bouleaux.

In the evening: Spend your night at the Auberge Le Mange Grenouille, an eclectic hotel set in a historic building in the village of Le Bic. It features eight classic rooms with shared or private baths, six garden rooms with private entrances that open onto a lush garden with a small waterfall, and an attic suite with views of the national park. 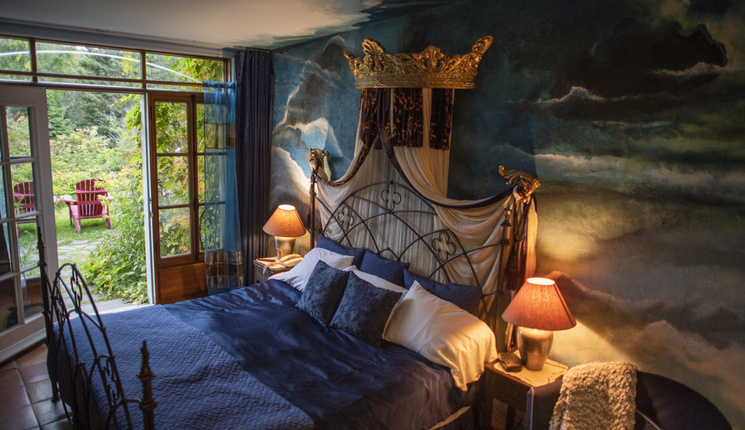 Once settled in, enjoy a cocktail or glass of wine in its lounge, full of local antiques, books and comfortable sofas, before dinning on halibut with pan fried mushrooms and garlic flowers or young beef with fiddleheads, at the hotel’s restaurant.

In the morning: Enjoy an early breakfast at the hotel to fuel up for a day of driving. From Rimouski, begin heading east along Route 132 toward Matane, which is just over an hour away. Along your way, be sure to stop at the Centre d’Art Marcel Gagnon, an art gallery that also features a series of statues that disappear into the waters of the St. Lawrence.

The town of Matane is the gateway to the Gaspésie and dates back to 1616, when a trading post was first set up on the Matane River. Visit the old lighthouse, which is now a tourist information centre, and – if you have the time – cast a line into the river. Fishing is popular local pastime, and you can do it from the town square. 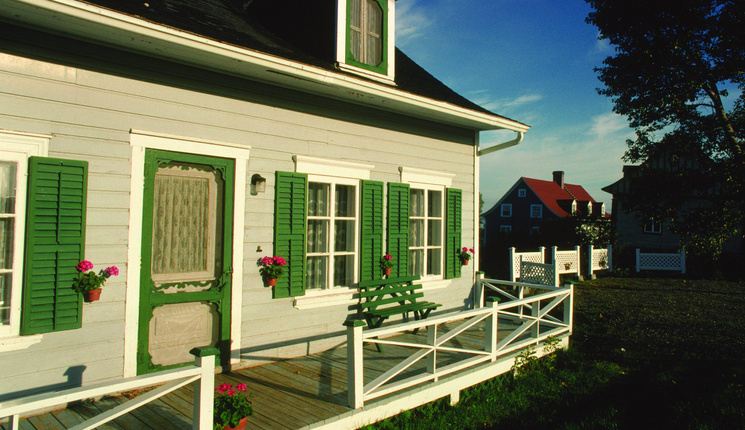 In the afternoon: Enjoy your drive east along the coast of the Gaspésie. While the entire drive along Route 132 is spectacular, the section roughly between Matane and the Cap de la Madeleine Lighthouse is especially dramatic. Here the hills and cliffs of the Chic-Choc Mountains touch one side of the roadway, while on the other, the waves of the St. Lawrence crash against the rocks a few feet away.

There are plenty of scenic lookouts, lighthouses and charming road-side restaurants to stop at along the route, so take you time and enjoy the drive. One must-visit is the Pointe-à-la-Renommée Lighthouse, a historic site that was home to the first maritime radio station, installed by the Marconi Wireless Telegraph Company in 1904. 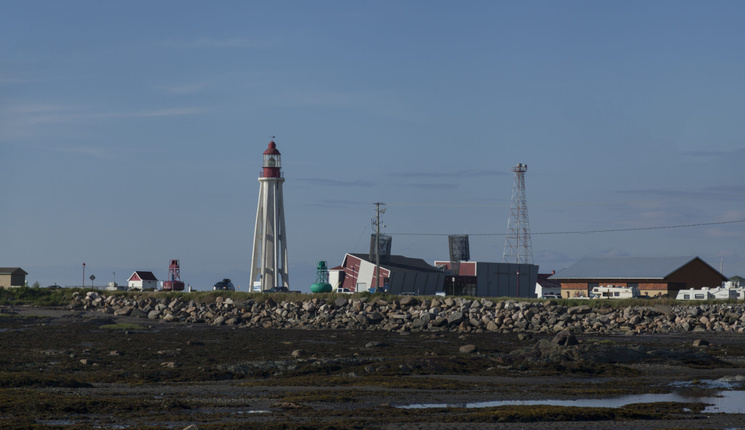 Walk the grounds and local trail, take in the exhibits about Guglielmo Marconi and his invention, and enjoy the views of the red lighthouse and its weathered, wood shingled building against the waters of the St. Lawrence River.

In the evening: Arriving in the city of Gaspé, stop at one of the local grocery stores to pick up food for the next few days. The area is home to numerous hotels, but also fully equipped cottages and chalets you can rent for the night or a few weeks.

Chalets Nautika Gaspésie, located a 15-minute drive from Gaspé, is one option. Its modern cottages feature views of Gaspé Bay, come equipped with full kitchens – stocked with dishes and cookware – and outdoor firepits, and can sleep up to six.

Spend time listening to the greatest hits of Juno-winning singer Roch Voisine, who spent his teens living in Notre-Dame-du-Lac, located near Rivière-du-Loup. Or listen to the audiobook of “Kamouraska” and its story of ill-fated love and murder.

We explore the natural wonders that await in the Gaspésie.