Ours to Discover: Mauricie and Lanaudière, Discover Quebec history and tradition around Trois-Rivières

Explore a former paper mill, learn about maple syrup, eat a traditional meal and spend the night in a unique accommodation

Join the Conversation (0)
In this four-week series, we take readers on a road trip through Quebec, learning why

La Belle province is ours to discover this winter. In our second installment, we drive from Quebec City to Trois-Rivières and the Lanaudière region.

Stretching along the northern shore of the Saint Lawrence River between Quebec City and Montreal, the regions of Mauricie and Lanaudière offer visitors a chance to learn more about Québécois history and culture. Here you will find historic buildings, former lumber towns and local creators working to keep traditions alive.

In the morning: Before leaving on your journey to Trois-Rivières and the Mauricie region, take time to explore some of the historic places that make Quebec City a UNESCO World Heritage Site.

Stroll or snowshoe across the Plains of Abraham – the site of a 1759 battle between the French and British – before heading beneath Dufferin Terrace to see some of the impressive remains of Château Saint-Louis, the home of Quebec’s governors from 1620 to 1834.

Around noon: Driving out of the city, be sure to follow Le Chemin du Roy – the King’s Road – which roughly follows Route 138 southwest. The first road built in New France, it hugs the north shore of the St. Lawrence River, connecting Quebec City to Repentigny, just outside Montreal. Be sure to stop in Cap-Santé, a small town located about 45-minutes from Quebec City that is home to the Vieux Chemin, a picturesque road lined with well-kept and historic homes overlooking the river.

In the afternoon: Arriving Trois-Rivières, stretch your legs and learn about the history of the city by taking a walking tour of its historic downtown and waterfront. Local guide Jean-Philippe Marcotte – who sometimes dresses in historic costumes – offers tours about the growth of Trois-Rivières and crime in the community at the end of the 19th century.

Stroll along the streets that sit on the footprint of the original settlement from the 1630s, admire tradition homes that were built by French and later English settlers, and learn about the city’s ties to the Harts – a prominent Jewish family that was among Quebec’s business and political elite. (The NHL’s Hart Memorial Trophy is named after a member of the family.)

After, check into Hôtel Oui GO!, a boutique hotel in downtown Trois-Rivières. The chic accommodations are in the neo-renaissance-style Balcer Building. Dating from 1910, and once housing a Bank of Montreal, it is one of the many brick and stone buildings constructed after a fire devastated the city in 1908.

In the evening: Head to dinner at Le Buck, a restaurant located in a former house dating from 1757. Feel like you are stepping back in time while sitting in one of its stone-walled dining rooms and enjoying the herb-crusted rabbit leg served with local vegetables or the smoked salmon with beets, plums and a smoked buttermilk vinaigrette.

In the morning: Have breakfast at Café Frida, located steps from the hotel on the waterfront and offering the first fully vegan menu in the Mauricie region. Fill up on the Nutella toast served with sunflower seeds and bananas or try the tostadas topped with refired beans, tempeh, grilled pineapple, marinated jalapenos, lettuce, radishes and cheese.

After, head to Musée Boréalis, which sits on the Saint-Maurice River just before it meets the St. Lawrence. Located in the former filtration plant of the Canadian international Paper Company, the museum tells the story of the lumberjacks, log drivers, sawyers and other mill workers who helped make Trois-Rivières a centre for paper production. 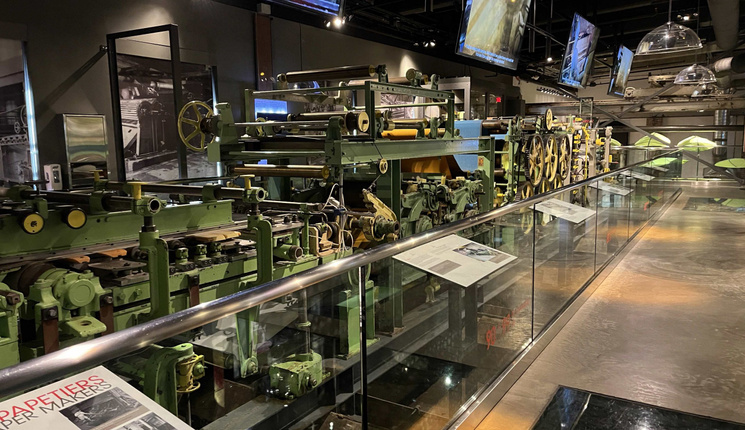 All ages will enjoy the museum and its exhibits, which includes historic photographs of the site when the river was nearly solid with logs and huge sawdust piles lined the shore. A visit might also include the opportunity to make paper and a scavenger hunt through the former water holding tank underneath the building.

Around noon: Enjoy a traditional Québécois meal and learn about the province’s most-iconic product during a trip to Cabane à sucre Chez Dany. A visit to this sugar shack includes a chance to discover more about the process of turning sap into maple syrup, and – no matter the season – pouring some syrup onto snow or crushed Ice and then rolling it onto a popsicle stick. 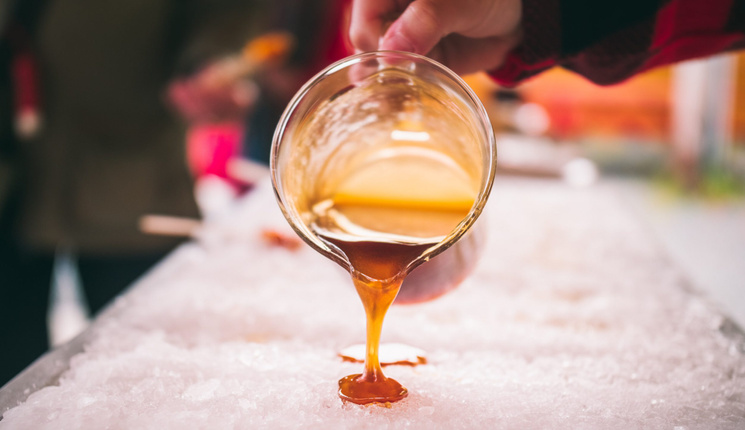 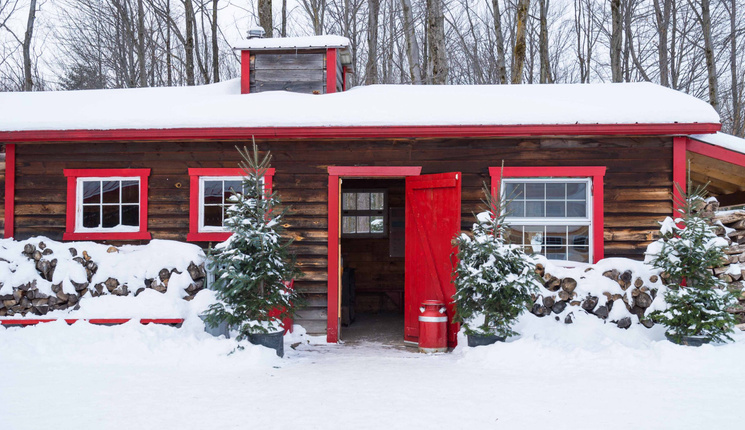 In the afternoon: Spend time at the Distillerie Wabasso to sample some of its artisanal gins, including its original version, another with a slight pine flavour, and its Florida Snowbird with hints of grapefruit and yuzu. It also makes a rum with mango and pineapple and a vegan Crèmette from oak milk.

The distillery is named after the Wabasso Cotton Company, which was founded in 1907 and had a long history as a major employer in Trois-Rivières before closing in the 1980s.

In the evening: Enjoy dinner at Les Contrebandiers, which serves generous portions of modern French-Canadian fare. Try the bison or steelhead trout tartare before enjoying the milk-fed veal tenderloin or the slowly braised pork glazed in pumpkin spice.

In the morning: Enjoy breakfast at Hôtel Oui GO! before packing up the car for your drive southwest to the Lanaudière region of Quebec. Begin by heading to the city of Joliette, about a one-hour journey from Trois-Rivières.

Once in the city, make your first stop the Joliette Art Museum to admire its Canadian and international artworks. The largest regional art museum in Quebec, it opened in 1976 and has a collection of nearly 9,000 objects, from paintings to sculptures and historical artifacts. 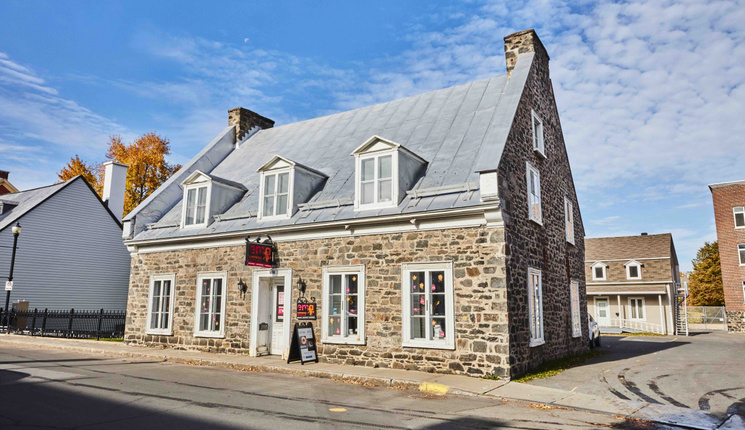 The museum, in partnership with the Native Friendship Center of Lanaudière, is currently having a mural created by artist Marie-Claude Néquado titled “Mirwatisiwin (The Healing)”, and an exhibit called “Contexts of Existence,” featuring works by renown Quebec artist Jean-Paul Riopelle, opens on Feb. 11.

Around noon: Grab a table at the Brasserie artisanale Albion, a brewpub located downtown, for a meal and a pint of one of its unique beers. Started in 2010, it operates with an artisan brewer's license rather than a microbrew one, meaning it can only serve its beers at the establishment.

Try a pint of Les Jardins, a blonde with lavender and honey flavours, or an Aquila, a rustic IPA, while enjoying a bison burger, a plate of fish and chips or a bowl of chili made with minced lamb shoulder braised in beer.

In the afternoon: Head to nearby Saint-Jacques – about a 20-minute drive away – to visit Distillerie Grand Dérangement, the first micro-distillery in Lanaudière. Opened in 2016, it takes its name from the deportation of the Acadians from what is now Canada’s Maritimes between 1755 and 1764.

The cereals used in its Petit Eau Vodka are grown less than 10 kilometers from the distillery, while its Saga Grand Gin is infused with local herbs and spices – offering a taste of the region’s terroir. Both are certified as being organic.

In the late afternoon: Prepare to spend your night at one of the unique accommodations provided by Ma yourte au coeur des collines in Saint-Calixte, about a one-hour drive west of Joliette.

You can select from four different yurts that feature small kitchenettes, propane fireplaces, outdoor firepits and chemical toilets. Each is set apart from the others on a forested hill above the roadway, offering privacy. 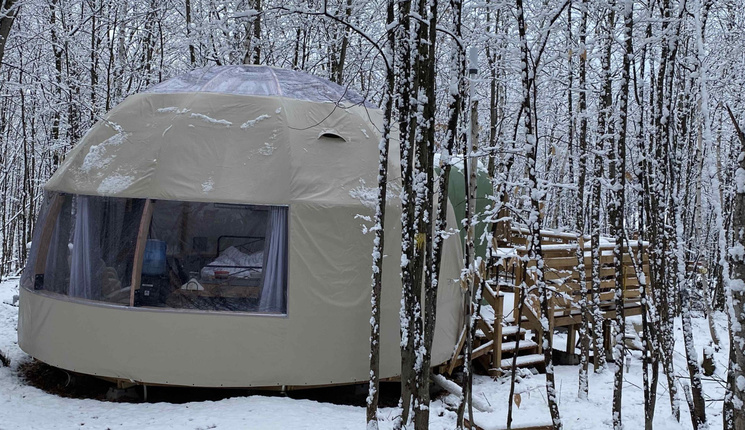 Spend your evening enjoying a cheese or broth fondue while playing one of the complimentary board games, piecing together a puzzle, or turning off all the lights, lying in bed and staring up at your yurt’s see-through ceiling to admire the dark sky.

Pay homage to the region’s history by listening to “The Log Driver's Waltz,” written by Wade Hemsworth, and other folk songs rooted in Quebec – and French Canadian – culture.

We spend three days exploring the city of Laval.