Ours to Discover: Haunted Drives, Explore Ontario on these bone-chilling road trips

Ghost towns, spooky statues and even a museum dedicated to creepy dolls will get you in the Halloween spirit

Join the Conversation (0)
About this series: With COVID-19 restrictions having eased over the last few months, Wheels wants to inspire you to get ready to explore — but only when it is safe to do so. This series of daytrips and longer drives highlight great experiences you can have in the province and across Canada, ands show you why this country is “Ours to Discover.”

Haunted cemeteries, ghostly apparitions in windows, floorboards that creak when rooms are empty, this is the stuff of spooky daytrips around Ontario during Halloween season. But, be warned. These road trips are not for the faint of heart. If you slept well after screenings of “The Blair Witch Project” or “The Conjuring,” you’re good to go. If not, drive with caution. Here are some places with spooky stories waiting to be discovered.


For a spine-tingling daytrip to Hamilton, start at Dundurn Castle, the 40-room neoclassical mansion that was once the home of politician Sir Allan MacNab. Tragedy and death tainted the surrounding grounds before MacNab moved in. Eleven men were hung for treason across the street in 1813, and the nearby sheds were used for cholera victims. But it’s the ghost of MacNab’s second wife, Mary, who apparently is the cause of a persistent chill and a breeze that reportedly snuffs out candles.

In nearby Ancaster, head to the Dundas Valley Conservation Area and follow the Main Loop Trail for about 20 minutes until you emerge from the tree-lined path to the eerie sight of the Hermitage Ruins and Gatehouse. These towering stone ruins are all that’s left of the Hermitage Estate, which is apparently haunted by the ghost of a long-dead coachman who one day professed undying love for his employer’s niece, but was met with scorn. The coachman’s body was found hanging in the barn the next morning.

Directions: Follow the Gardiner Express Way west to the Queen Elizabeth Way and then Hwy. 403 west to McQuesten High Level Bridge. You then follow York Boulevard in Hamilton to Dundurn Castle.


A 33-room Greek Revival villa is the last spectacle you’d expect to find along the banks of the Grand River, north of Cayuga, in rural Haldimand County. The Thompson family mansion (built in 1845) dominates the Ruthven Park National Historic Site of Canada. It sits adjacent to the long-abandoned ghost town of Indiana, a once-thriving mill town. All that remains, apart from the mansion and the family cemetery, are remnants of the mill and lock along the riverbank. Plus, there are the toppled tombstones in the Thompson family cemetery, where the 11-year-old Bessie Thompson is buried. She is said to haunt the mansion and the grounds of Ruthven Park.

In nearby Caledonia, you’ll be similarly spooked at the Edinburgh Square Heritage & Cultural Centre in Caledonia. The basement of the 1850s building, once the Caledonia town hall, formerly housed a jail — as well as meat market — and is still open to the public. The place induces shudders in the sturdiest of souls. 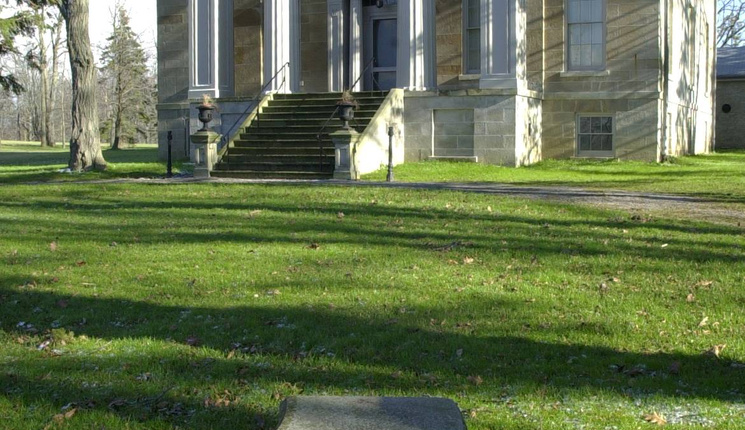 
Located in Hastings County, Eldorado doesn’t completely qualify as an abandoned ghost town because around 50 people still reside in the mostly deserted settlement in eastern Ontario. Stepping out of your car on Main Street in front of the long-deserted gas station and dilapidated grocery store, it’s hard to imagine that 4,000 people once lived here. Eldorado appeared overnight after the discovery of gold in a farmer’s field in 1866. Alas, Ontario’s first gold mine was short-lived. Small amounts of the precious metal, fraudulent claims and whispers of “fake gold” spelled a quick end to the hysteria — and the eventual demise of Eldorado. An eeriness pervades the streets.
Upon leaving Eldorado, head down Hwy. 62 south and cut east across Hwy. 7 to Peterborough. First stop: the Little Lake Cemetery to seek out the statue of the “Black Angel” above the final resting spot (or so it’s assumed) of a one John MacDonald, who died in the 1800s. Local lore suggests the angel’s head turns at night and that a mysterious force turned the once-white statue to black. Most curious is the inscription: “He is not here.” Which prompts the question: “Is there a body buried in this grave?”

Next, visit the annual Creepy Dolls Museum at Theatre on King in Peterborough. Co-curators Kathryn Bahun and Ben Hatcher have collected 70 dolls from thrift shops, basements, attics and garage sales. Hatcher rescued one from the freezer of a newly-purchased home — taking bone-chilling to a new level.
Directions: To get to Eldorado, take Hwy. 401 east to Ganaraska Road/Durham Regional Rd 9 in Clarington and continue along Ganaraska Road. Follow County Road 9 and Route 45 to Hwy. 7 in Norwood then onto Hwy. 62 headed north. 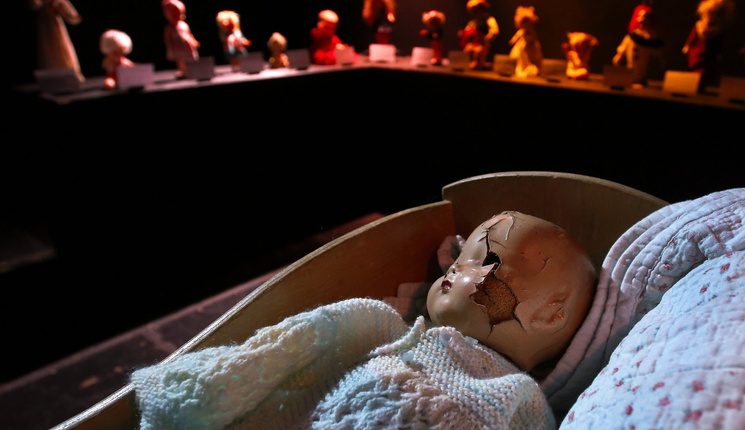 A collection of creepy dolls from Creepy Doll Museum 2 are on display at The Theatre on King Thursday October 29, 2020 in Peterborough, Ont. Due to COVID-19, only 8 people at a time will be allowed entrance for 30 minutes.[/caption]


The stark edifice of the abandoned Cheltenham Brick Yards creeps up on drivers as they travel north on Mississauga Road. Staring at the spooky structures (boarded-up brickworks and forlorn chimneys) through the chain-link fence gnaws at your nerves. In its heyday, circa 1914, the brickyard was home to six kilns, as well as 14 houses for the employees.
In nearby Boston Mills is the Boston Mills Cemetery (north on Mississauga and east on Boston Mills Road). The graveyard, first used in 1823, long ago expropriated a one-room schoolhouse for use as a mortuary. Ghost-believers say the cemetery is haunted by playing children, and that lights can be seen at night in former schoolhouse. 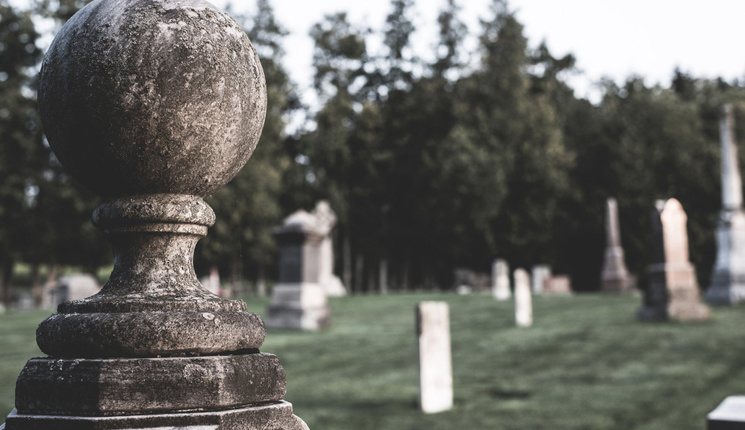 Do you have a favourite scary spot in Caledon? Many believe some of Caledon's cemeteries, such as Boston Mills, Caledon East and Alton still get visitors. Where else have you had, or heard of, a spooky encounter?[/caption]


Brandon Chiasson and Ashley Spurrell host “Ontario’s Most Haunted Podcast” in which they delve into proclaimed paranormal sites, exorcisms, and ghost sightings throughout the province. If you’ve only time for one episode, choose “The Hermitage Ruins,” mentioned in the section of this article about Hamilton.


Most restaurants, stores and attractions are open with reduced capacity. Note that the government-mandated proof of vaccination rule is in effect. Check provincial guidelines before you head out on your road trip (ontario.ca).