The new Type R and Integra have the same problem…

Join the Conversation (0)
I’ll always have a soft spot for the Honda Civic Type R.

The previous generation car (known as the “FK8”) was the first press car I’ve ever reviewed for a publication. Sweeping the car through leaf-covered, back roads on a brisk fall day is one of the best automotive experiences I’ve ever had.

Don’t mistake my impressions, however. It isn’t just an overzealous freshmen crush which endears me to the FK8 Type R.

I’ve gotten my hands on a few more FK8 examples since that first one and it’s only cemented my resolve that the Type R is one of the best cars on the planet to drive. Endless grip. A wonderfully progressive torque curve. Responsive steering. Superb lateral support. And what is arguably the absolute best feeling manual shifter in the business. Also, you get a lot of thumbs up from kids and fellow enthusiasts — and it’s nice to feel like you made somebody’s day. 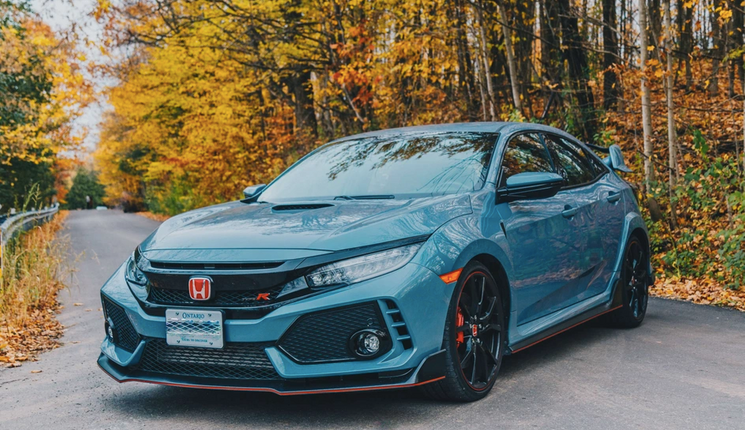 “I don’t ever want to stop driving this car,” I realized to myself whilst hooning around the last Type R press tester. And I’m confident that, if you, dear reader, drove a Type R on the same back roads I did, you would come to the same conclusion.

But most impressive was just how easy the Type R was to live with. Drop the car into “Comfort” mode and it becomes as relaxed and cushy as a Civic Touring. The clutch was light. The ride was compliant and the abundance of driver amenities made getting it through inner city traffic an absolute breeze. Also, it was a five-door hatchback so you compromise… nothing, essentially. It even got reasonable gas mileage.

I always think about this in comparison to my Mustang GT (okay, I know comparing a muscle car to a hot hatch isn’t exactly a sensible cross-shop, but bear with me). Under the right circumstances, my Mustang is a lot of fun to drive. But when it comes to the business of being a normal car, especially in an urban environment, the Mustang can be quite cumbersome — even exhausting at times. And don’t get me started on the fuel consumption. The Type R is able to thrill you and comfort you in equal measure. It rewards more than it demands sacrifices. 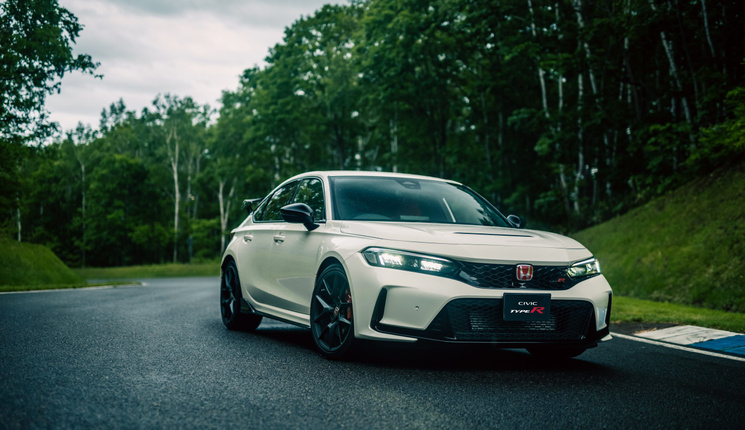 Now the newly revealed 2023 Type R, based on the eleventh-generation Honda Civic and designated “FL5” seems like it should be able to do everything the outgoing FK8 could do, and then some.

Its 2.0-litre turbocharged engine will make more power than the outgoing car’s 306 horsepower. So it will be quick. Its larger front grills and functional vents will help address cooling issues which plagued the last generation. So you can have fun for longer, more reliably. Its smaller rims wrapped in larger rubber should offer more grip, while further improving ride quality. The FL5 will have the same, albeit improved chassis as the FK8. And the same glorious shift knob. And red bucket seats.

So what’s the problem?

The problem is the new Honda Civic Type R looks boring. And by that I mean, the looks are literally boring.

Truly, aside from the generic rear wing tacked onto the back, you would be forgiven for mistaking the new Type R for your average Honda Civic Si.

Yes, I’m sure YOU, eagled-eyed car enthusiast who is constantly annoying your partner by pointing out cars on the street to them, will be able to spot the larger front fascia opening to channel air to the intercooler, as well as the black gloss rims. 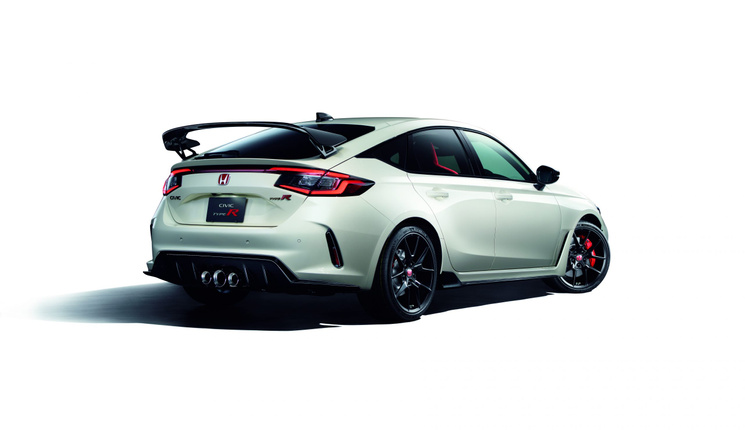 But to the average person? I don’t think you’re going to be making their day in the FL5 the way the old FK8 did. People will just see you and think, “there goes another sad boy who put an aftermarket wing on their Honda Civic.”

This is a bigger problem, however, than just exciting the neighborhood kids. This new Type R feels like Honda firmly shying away from millennial styling trends. Honda has announced two nameplates in the last twelve months supposedly targeted at millennials; the Integra and the Type R — and neither make much of an effort to aesthetically appeal to the generation which Honda expects to support these products.

Which means, baby boomers annoyingly continue to dictate our pop culture trends — even in the automotive world. In the mid ‘00s, auto manufacturers bent over backwards to give every golf-enthusiast who refused to port their Gordon Lightfoot collection over to MP3 the chrome festooned “retro-inspired” American trash heaps of their Cialis-laiden dreams.

We endured the likes of the Chrysler PT Cruiser and Chevrolet HHR for these people. Never forget.

In the 2020s, millennials have finally surpassed baby boomers in terms of disposable income, but for some reason, we’re still forced to live by the cultural standards of a generation who thought Woodstock (both ‘69 and ‘99) was a good idea.

Isn't it bad enough that we’ve had to wait for boomers to retire before we could get jobs which paid us a living wage? Do we really still have to live under the cruel oppression of the lame, tired shit they found cool?

Don’t believe me? Then why is it in 2022, Dodge — who sells more cars to millennials than anybody else, can get away with cartoon characters and writing things as hilariously culturally out of touch as “Scat Pack” on the side of their cars to nostalgia bait their oldest enthusiasts, but Honda is seemingly, all of the sudden, so reluctant to appeal to its core enthusiast demographic? 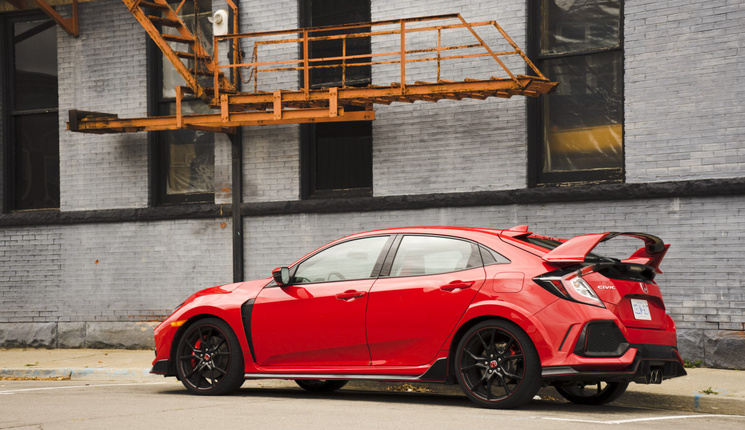 Say whatever you want to say about the outgoing Civic Type R’s “busy” styling but it was a car that, on an aesthetic level, understood what millennials had on their bedroom wall posters. Initial D. The Fast and The Furious. Gundam. Those were our cultural touchstones. And the FK8 Type R, with its sharp, angular bodywork, unique wing, and wide stance body-kit with overarching fenders represented that perfectly. And it didn’t care what older generations thought. Because it knew that they were irrelevant. Especially as far as this product was concerned.

Are 20’’ wheels ideal for tire contact and ride comfort? No. But we all grew up playing Need for Speed: Underground, so make the wheels big, damnit.

What’s odd is, some of the most boomer-y of nameplates; Corvette and Mustang have caught on to the need to appeal to millennial culture. Sure, they isolated their dying customers, but in doing so they onboarded many more new ones.

Hell, even Dodge has had to admit that they can’t just put Looney Tunes on their cars forever — that millennials want a product more future thinking than one that just has as many “HEMI” stickers on it as possible.

And yet this new Honda Civic Type R feels more like an apology for the last car than one which looks forward. “Hey guys, sorry we went so crazy last time and built a car for the kids. We promise this new one will be for grown ups” is the story told by the uninterrupted, featureless side profile of the upcoming FL5.

This new Type R feels like when your best friend stops partying, cleans up their act, buys a house in the suburbs. gets a job in finance and wears long sleeves to cover up all of their tattoos. Sure, you still want to hang out with them. But… remember when they had a sense of humor about things?

I’m still looking forward to driving the new Type R. I’m sure it will be a superb driver’s car — an improvement over the outgoing model for sure. But I just can’t help but lament the loss of the bombastic, eccentric styling of the FK8 — the first car I ever felt was truly designed for my generation, and my generation alone.