Bugatti La Voiture Noire was No. 1 of a production run of just one car

Considered by many to be the most beautiful automobiles ever created, only four editions of the Bugatti Type 57 SC Atlantic were ever made. The second of these, a black one, went missing before the German invasion of the Alsace region of France, spawning one of the automotive world’s greatest mysteries. It also provided the inspiration for the French automaker`s latest, most exclusive, creation.

Rather than a recreation of a vintage model, the Bugatti La Voiture Noire is a reflection of the company’s French identity and heritage. “The true form of luxury is individuality,” said Bugatti President Stephan Winkelmann, who added that the one-off creation blends the comfort of a luxury limousine with the performance of a hyper sports car.

First revealed to the world at the 2019 Geneva International Motor Show, La Voiture Noire is even more rare than those iconic Type 57 models, being No. 1 of a production run of one. Naturally, that level of exclusivity comes with a price. La Voiture Noire is the most expensive new car ever sold, to the tune of just over $16-million Canadian.

In case you were wondering, Bugatti does not reveal the names of their customers.

When Autoshow General Manager Jason Campbell saw La Voiture Noire in Geneva, he knew that the ultra-exclusive machine was the must-have halo car for this year’s Canadian International AutoShow. Campbell explained that the car is “one of the world’s most sought-after vehicles.” 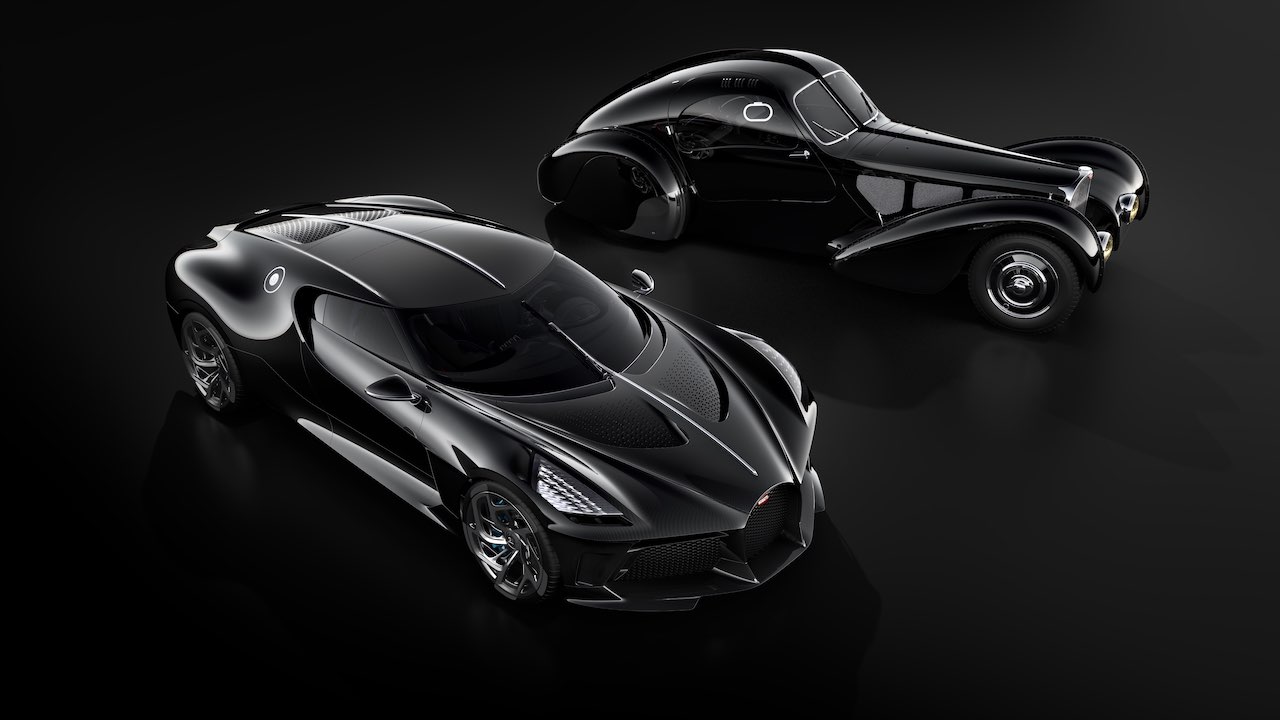 Campbell worked closely with the team at Toronto-based Grand Touring Automobiles, one of North America’s largest super premium automotive retailers, to bring La Voiture Noire to this year’s show. “Their help in facilitating the discussions with Bugatti and making this dream car come to the Great White North in the depth of winter has been invaluable,” said Campbell.

Toronto’s streets have become a mecca for supercar watchers in recent years, which makes the AutoShow a perfect showcase for the most exotic example of automotive exclusivity.

Entirely crafted by hand, La Voiture Noire features a flawless, all black, carbon fibre body. Bugatti designer Etienne Salomé said, “We worked long and hard on this design until there was nothing that we could improve. For us, the coupé represents the perfect form with a perfect finish.”

As beautiful as they were, the original Type 57 models packed a serious performance punch. Remembering that these cars were built 80 years ago, it is astonishing that they were capable of topping 220 km/h, outperforming just about everything else on the road at the time. In the same spirit, La Voiture Noire boasts out-of-the-ordinary performance.

La Voiture Noire boasts the heart of a beast in the form of Bugatti’s now iconic 8 litre, 16 cylinder engine that creates close to 1,500 horsepower. Originally installed in the Bugatti Chiron, this monster gives La Voiture Noire a top speed of 420 km/h with the zero to 100 km/h sprint taking just 2.4 seconds.

By Gary Grant  /  Special to wheels.ca