Join the Conversation (0)
First, the good news: there will be auto racing in 2021.

Now, the bad news: it’s likely going to be as disorganized as it was in 2020 with date changes, delays and cancellations affecting all types of racing and every sanctioning body.

The first discouraging word of 2021 has already been heard in Australia, where the running of the opening Grand Prix of the season is about to be postponed or cancelled because of COVID-19 restrictions. This happened a year ago, too. And IndyCar is already discussing postponing its St. Petersburg season opener until later in the season. There will be others; none other than Jean Todt says so.

"Unfortunately, it's not over," the FIA president said in a statement about the crisis. "Lockdown is still going to happen . . . the virus is there. There has been progress. We are expecting a vaccine, so it will be good for the population, good for the planet to be able to enjoy that.

"But I'm sure that over the next days, we will hear quite a lot of potential changes on the different calendars, not only Formula One, but on other calendars. . . I think half of (the) year, in my opinion, will not be as we could have expected to have in a normal season."

When Todt talks about “different calendars,” he means international championships – series that go from country to country or continent to continent: Formula 2, the W Series, DTM, IndyCar, NASCAR, IMSA, etc. In addition to F1, all those others are facing potential problems. Look at what happened in Canada a year ago, for instance, which could very well – in fact, probably will – happen again.

The IMSA sports cars and NASCAR trucks had their weekends cancelled because of border restrictions. The Honda Indy promoters held off till almost the last second before cancelling their race in downtown Toronto. And we all know the Grand Prix in Montreal was called off, never mind all the short-track American racers who couldn’t get across the border to race in the big-money Canadian events, which were all eventually cancelled anyway.

It’s not just racing. The Raptors are playing home games in Florida these days. The Jays played in Buffalo last year and probably will again this summer. The Leafs will play in an all-Canadian division because the federal government won’t let them go back and forth to play teams in the U.S.  Frankly, until everyone is vaccinated, which will take much of the year, there’s not going to be a lot of live, spectator sports in this country.

And speaking of the Grand Prix, spectators will have to be allowed to attend the race in Montreal in June or there won’t be one. As is the case in Australia, there is not a lot of government financial support and Francois Dumontier, who owns and promotes the Canadian race, has made it clear previously that he’s a businessman and needs admissions to pay the tab. Ditto the Honda Indy.

If Toronto basketball and baseball teams have to play their games out of the country, and hockey teams have to travel in a bubble to go from province-to-province, it’s a guarantee that unless everybody in IndyCar, F1, IMSA and the NASCAR trucks agrees to quarantine for two weeks, there will be no international racing in Canada this year.

Yes, Todt is correct when he talks about the vaccine being good. It will be, but until everybody is vaccinated, there will still be potential for COVID spread. Australia’s problem, for instance, is that it closed its borders to everyone and got its numbers down to next-to-nothing. Then it allowed planes to bring home some Australians who’d been left offshore when the lockdown went into effect. Some of them were sick and that was enough, apparently, to re-infect the population.

And England, where F1 ran two races at Silverstone last season, was shut down just about as tight as a drum Monday when a new strain of COVID showed signs of getting out of control. If I was a betting man, I would suggest an F1 race at Silverstone this year, never mind two, will likely not happen.

We’re really up against it here, folks. There might be light at the end of the tunnel, but maybe it’s not as bright as it once seemed.


This has been a surprisingly newsy off-season. Here’s what’s happened since mid-December.

The Rolex 24 at Daytona is fast approaching. (Now that I think about it, could that race be in danger? They just cancelled the Grammy awards, which were scheduled for about the same time).  American sports car team DragonSpeed has revealed a full driver lineup for both of its LMP2 entries in this month's Rolex, which will – hopefully – be the opening round of the 2021 IMSA WeatherTech SportsCar Championship season. Two Canadians, Garret Grist of Whitby and Devlin Defrancesco of Toronto and Fort Lauderdale, will partner with Eric Lux, IndyCar’s Rinus VeeKay and others to defend the team’s class victory in the Florida endurance classic. Canadian youngster Defrancesco is set to race in Indy Lights this year after finishing second last year in the Indy Pro 2000 series and already has two Rolex 24 starts under his belt, having been part of JDC-Miller MotorSports' lineup in both 2018 and '19.

Alex Albon, deposed as No. 2 at Red Bull Racing by Sergio Perez (a mistake in my books), will race in the German Touring Car Championship (DTM) this season.

Russian driver Nikita Mazepin took a video of himself turning around in a car and grabbing a woman’s breast and he then put the video on the Internet. He thought this was hilarious; she was not amused. Haas F1, which had announced Mazepin as one of their drivers, said there would be a full investigation of the young man’s behaviour. As expected, they cleared him (which meant the cheque cleared). They could have had Albon for nothing – Red Bull offered him out to other F1 teams – but there wouldn’t have been any money changing hands and that would never do. Cash over class, which pretty much sums up much of F1 these days.

The Canadian Touring Car Championship (CTCC) and Pirelli have extended their contract for five years. Pirelli will be the presenting partner and tire supplier for the series.

FEL (Franczat Enterprises Canada Ltd.), which is a promotion company that has been serving the North American automotive sector since 1986, is planning to launch a new Canadian GT4/TCR racing series this year. Formal announcement and details to come.

Don’t you just love NASCAR? IndyCar announces a new street race through the streets of Music City and all of a sudden, NASCAR, which hasn’t given a damn about the Nashville Superspeedway for years (2011, in fact), announces it will take a race away from Dover and plop it down there. I suggest NASCAR could care less about Nashville but will do anything to keep IndyCar from succeeding anywhere expect Indianapolis. There’s only so much interest and money to go around. If I’m Roger Penske, I’m talking to Formula One right now about running at the Speedway on the weekend the NASCAR Cup cars were supposed to run there. Yup. I’d bring in Lewis Hamilton and Charles Leclerc and cancel NASCAR. Fight fire with fire, I say.

For the seventh consecutive year, the Super Bowl of Midget-car Racing, a.k.a. the Chili Bowl, has attracted more than 300 entries for six days and nights of indoor racing. Twenty-four cars will start the finale a week from Saturday in Tulsa, Okla. Past winners who are entered include five-time champion Sammy Swindell, three-time champ Christopher Bell, two-time winners Rico Abreu, Damion Gardner, Tim McCreadie and defending champion Kyle Larson. No Canadian entries this year because pulling a race car across the border would not be considered essential travel. And my two favourite Chili Bowl drivers are missing too: Kevin Olson and Critter Malone. Age catches up with all of us, I guess. I just hope they’re not ill with you-know-what. I liked Olson because he was a good shoe who had one of the great senses of humour in all of racing. F1 and IndyCar could have used a guy like him for his entertainment value. And Malone? I like great names and Critter Malone has got to be right up there. 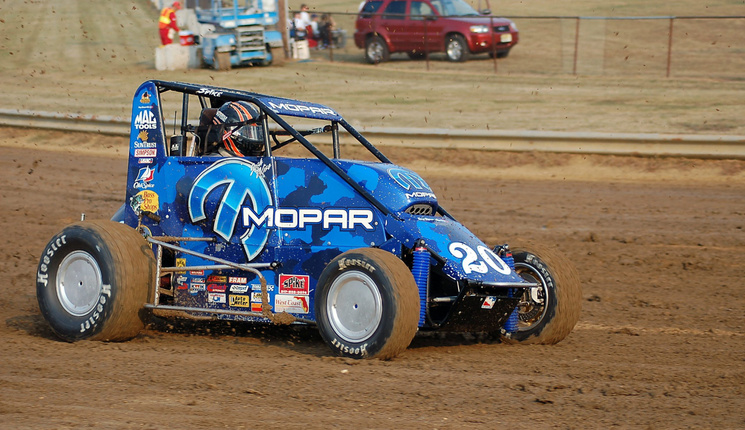 Port Colborne’s Humberstone Speedway has been purchased by Terry Vince, a local business owner and engine builder, who will promote weekly racing (late models, mini stocks, et al) at the Lake Erie speed plant. A 12-race COVID schedule has been drawn up and other big events will be added if health authorities permit it.  Vince has big plans, including renovated VIP suites and upgraded washrooms, among other fan-friendly improvements. Said Vince: “I am committed to finishing the show by a reasonable time, provide family fun entertainment, quality food in the concessions and upgrades throughout the property.” Good stuff. But I think he’s got some time for the spectator amenities, as 2022 is more likely the year when spectators will be invited in to watch.

Aldo Andretti, the twin brother of Mario Andretti, died this week at age 80. He was a racer too, although a serious accident very early in his career put a curb on his development. He raced sprint cars alongside his brother on the U.S. Auto Club (USAC) sprint and midget championship trail but finally packed it in to throw his full support behind his son John’s racing career. And here we are today with both of them gone. I spent a very enjoyable day with Aldo at the Canadian Grand Prix at Mosport in 1977. It was Friday, practice day, and I struck up a conversation with him at lunch. I didn’t have a pass so he invited me to go with him to the Victory Lane area inside Corner 10 just west of the Tower at pit entrance, which was very narrow. There was only room for one car at a time. As we were watching and chatting, the two Team Lotus cars arrived in pit lane at the same time, Gunnar Nilsson a split second before Mario, and had to stop. The two drivers looked at each other before Mario signalled that Gunnar should go first. Aldo shook my hand and said he had to go to speak to Mario. “He’s embarrassing the family,” he laughed, before trotting off. R.I.P.

World of Outlaws sprint car star Shane Stewart has retired after purchasing Port City Raceway in Tulsa, Okla. While I‘m happy for his success, I will miss watching the start when the Outlaws got the green for the feature. Shane Stewart was one of the great chargers.

IndyCar’s Jay Frye is predicting anywhere from 25 to 28 cars per race will show up in 2021. Indy, of course, will attract more (whenever it runs). We’ll see. Conor Daly will be back at Ed Carpenter Racing in 2021, which is good news. Not-so-good news is that the Long Beach IndyCar race has been shifted to September in hopes that the coronavirus will die down in California, which is being hammered. Back to good news: Dalton Kellett of Stouffville has signed to drive a full season for A.J. Foyt Racing in 2021. More about him in a future column, along with chats with Devlin Defrancesco and other Canadian racers.