‘Win on Sunday, sell on Monday’ is alive and well

Does motorsport still sell cars? Nissan Canada says yes and has the numbers to prove it.

Motorsport enthusiasts fondly remember the heyday of “win on Sunday, sell on Monday.” Winning the Indianapolis 500 or 24 Hours of Daytona is still a big deal, of course, but there was a time when those wins meant everything to the brands that competed for them. When Richard Petty won the Daytona 500 in a Plymouth, people showed up at Plymouth dealerships shortly afterward. Winning equated to success, so people wanted to drive the brands that made them look successful. It was that simple.

These days, motorsport can be a little more complicated, and automakers are looking for different sorts of returns on their investments.

Single-make series such as the Nissan Sentra Cup, which is currently the only manufacturer-supported racing series in Canada, don’t mix brands: Nissan Sentras compete only against other Nissan Sentras.  Does this mean the “win on Sunday, sell on Monday” concept doesn’t apply? Nissan Canada supplied Wheels.ca with some real-world sales figures that suggest otherwise.

The Sentra Cup debuted in its new format – revamped from its original form, the Nissan Micra Cup – in late June. In August 2021, less than two months later, more than 50 per cent of Canadians who purchased a Sentra came to Nissan from a different brand. When you shift that view to two-year leases, the number of brand conquests goes up to 70 per cent. 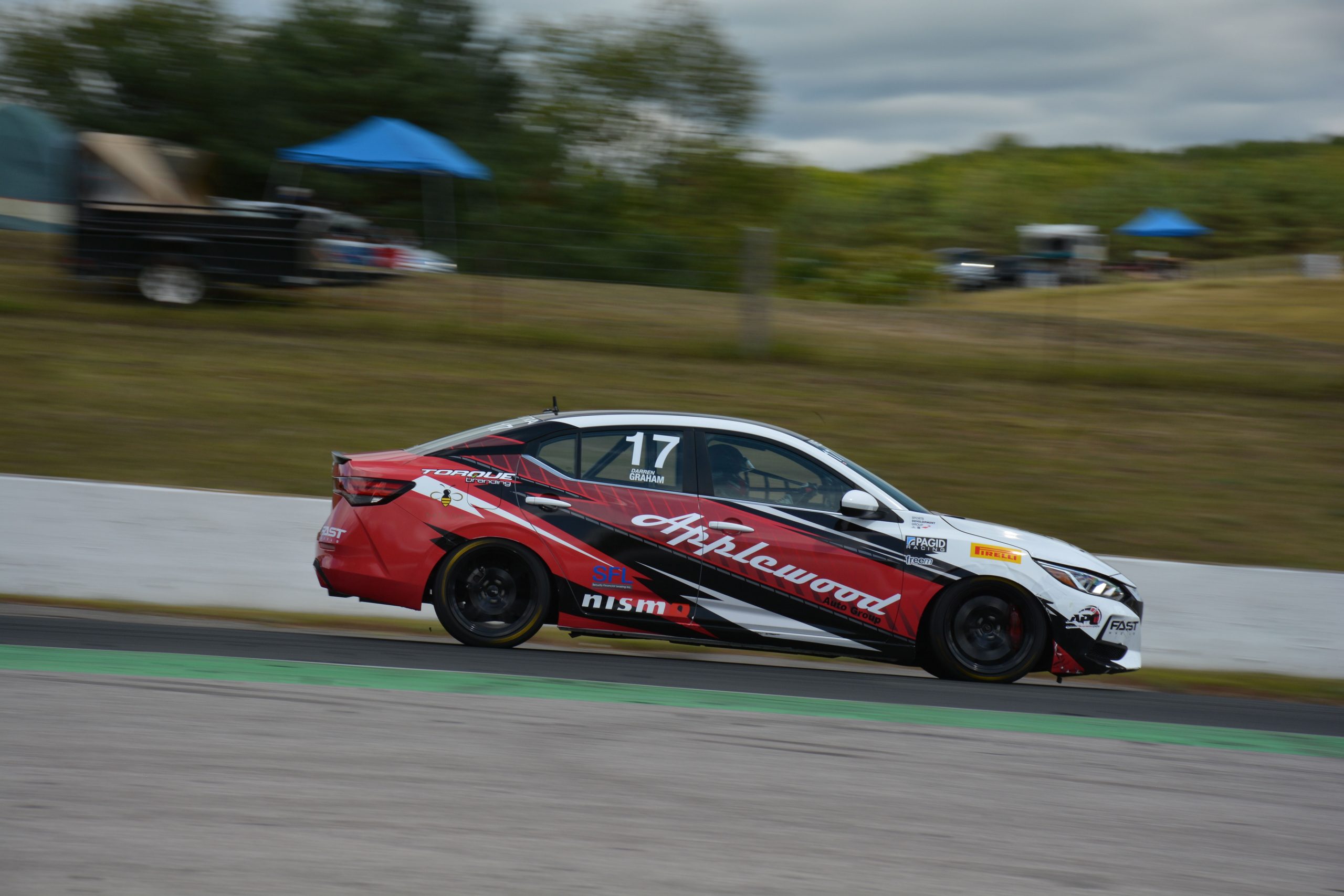 And as far as pure retail sales go – meaning cars that were sold to Canadian families and not for rental or delivery fleets – more Sentras were sold in August than in any other month since June 2016. Plus, according to Nissan Canada’s records going all the way back to 2007, the Sentra has never held as large a share of the compact sedan market as it does today.

These changes can’t only be attributed to the Sentra Cup, of course. The Sentra’s redesign for the 2020 model year went a long way in making it more competitive, and several brands have left the compact sedan market in recent years, which puts a bigger slice of the pie up for grabs. But Nissan Canada president Steve Milette says the Sentra Cup has played a tangible role in these improvements.

“For us, it’s just the right decision, to push Sentra and to build the brand,” Milette says. “We can really demonstrate how durable and reliable this vehicle is. It’s high-quality, it looks good, and it can race.”

It also helps to generate enthusiasm for the product, including with Nissan’s own dealers. One dealer took this to a new level in 2021: Darren Graham is the CEO of Applewood Auto Group and oversees 10 dealerships in British Columbia, including three Nissan stores. Graham’s excitement for Nissan Canada’s racing program started with motorsport-branded cars in his showrooms, and it culminated with him flying from Vancouver to Ontario and Quebec to compete as a driver in every Sentra Cup race weekend this season.

“When they moved from the Micra to the Sentra, there were all these compelling things that came along with that,” Graham says of his decision to go racing. “The Sentra has actually got a lot of prowess. It’s a great car. I’m a Nissan dealer, so (Sentra Cup) promotes the brand. 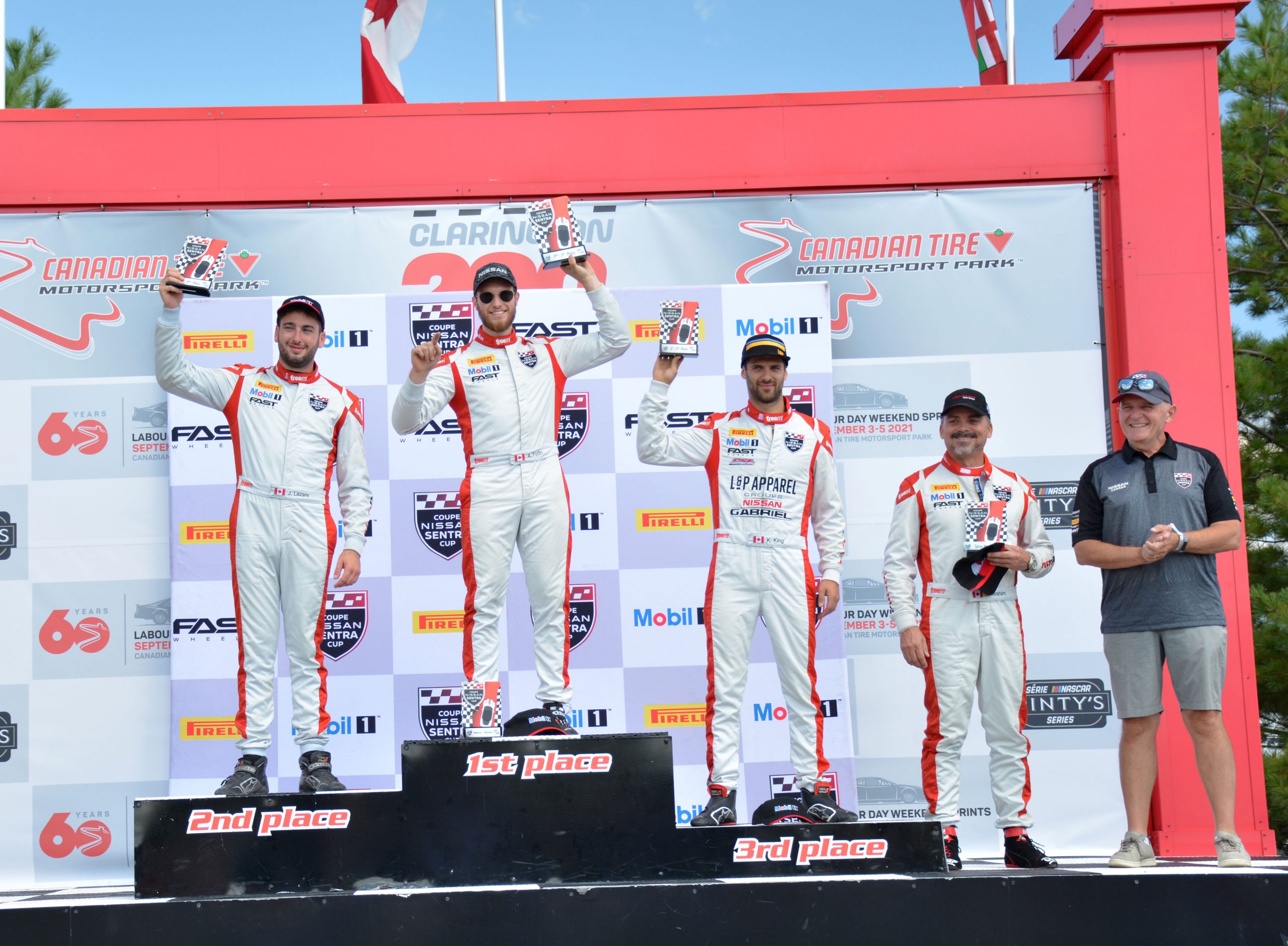 “My favourite racing series was the Trans-Ams in the 60s. Those were actual cars that people would race on Sunday and sell on Monday. … Eventually I said, okay, I have to do this.”

Graham says his participation has not only helped him learn more about the Sentra’s capabilities but has also provided other benefits he can take back to his day job at his dealerships, including giving his staff something to rally behind.

“My team at home, they’re all excited,” Graham says. “My director of parts was involved with getting the car stickered, and all my team members are involved in some capacity. We’re going to ship the car back and move it from showroom to showroom, drag it around and show it off. So, that will have a huge impact when people see the car, scars and all.

“I’ve learned as much about driving as I have about human nature and being a dynamic leader.”

The Sentra Cup went through its first year in its new form during a pandemic. This means these effects were seen despite the cancellation of the Formula 1 Canadian Grand Prix, which was to be the Sentra Cup’s headlining event, and through a schedule that saw spectators allowed only at the Grand Prix de Trois-Rivières and on a very limited basis. This means Nissan’s usual methods of generating interest, such as offering owner-exclusive access to premium events, haven’t yet come into the picture.

“As soon as we get the green light, we’re going to bring that to the next level as we did with Micra,” Milette says. “It’s just a matter of time.”

For now, Milette says, Nissan is one of the few brands staying the course with cars as opposed to SUVs, and he says racing is an ideal expression of that commitment, which Sentra Cup serves to highlight.

“We’re committed to passenger cars,” Milette says. “We think racing is part of what we should participate in actively as a company. … In Canada, we’re able to continue and explore with the Sentra Cup because it helps us change the opinion of our brand. And that’s what we’re trying to do.”