2020 may have been a year of calamity for many, but Dias can be said to have help bring auto manufacturing back from the brink in Ontario

Join the Conversation (0)
If Canadian automotive manufacturing is an orchestra of sorts, then Jerry Dias could be viewed as the conductor.

Dias has made a 40-plus year career of union work, from beginning as a shop steward to being elected National President of Unifor in 2013. But his watershed moment came this autumn when he successfully negotiated collective agreements with all three Detroit automakers to keep vehicle production in Canada, including crucial commitments for electric vehicle production thanks to investment from the federal and Ontario provincial governments.

For spearheading this achievement that has brought Canadian auto manufacturing back from the brink, Dias is the Toronto Star Wheels 2020 Newsmaker of the Year.

Earlier in 2020, calling the situation in Canadian auto manufacturing dire was no exaggeration. General Motors halted the lines at the Oshawa assembly plant in December 2019, ending more than a century of production. The Fiat Chrysler Automobiles (FCA) Windsor Assembly Plant, which produces the automaker’s minivans, cut its third shift on July 10 when Dodge Grand Caravan production ended, eliminating 1,500 jobs. And rumours began to swirl in June that the Ford Edge was about to be discontinued, leaving the fate of the Blue Oval’s Oakville Assembly facility in the balance.

Meanwhile, negotiations were under way to activate the United States-Mexico-Canada Agreement, a revised North American free trade agreement often referred to as the “new NAFTA.” Securing favourable terms for Canada in that agreement acted as a keystone for the automotive collective bargaining that followed soon after the USMCA came into force, Dias told Toronto Star Wheels.

“We were the only union that was really hands-on, and we never missed one round of bargaining,” Dias said. “So much of the final [USMCA] has our fingerprints all over it.” 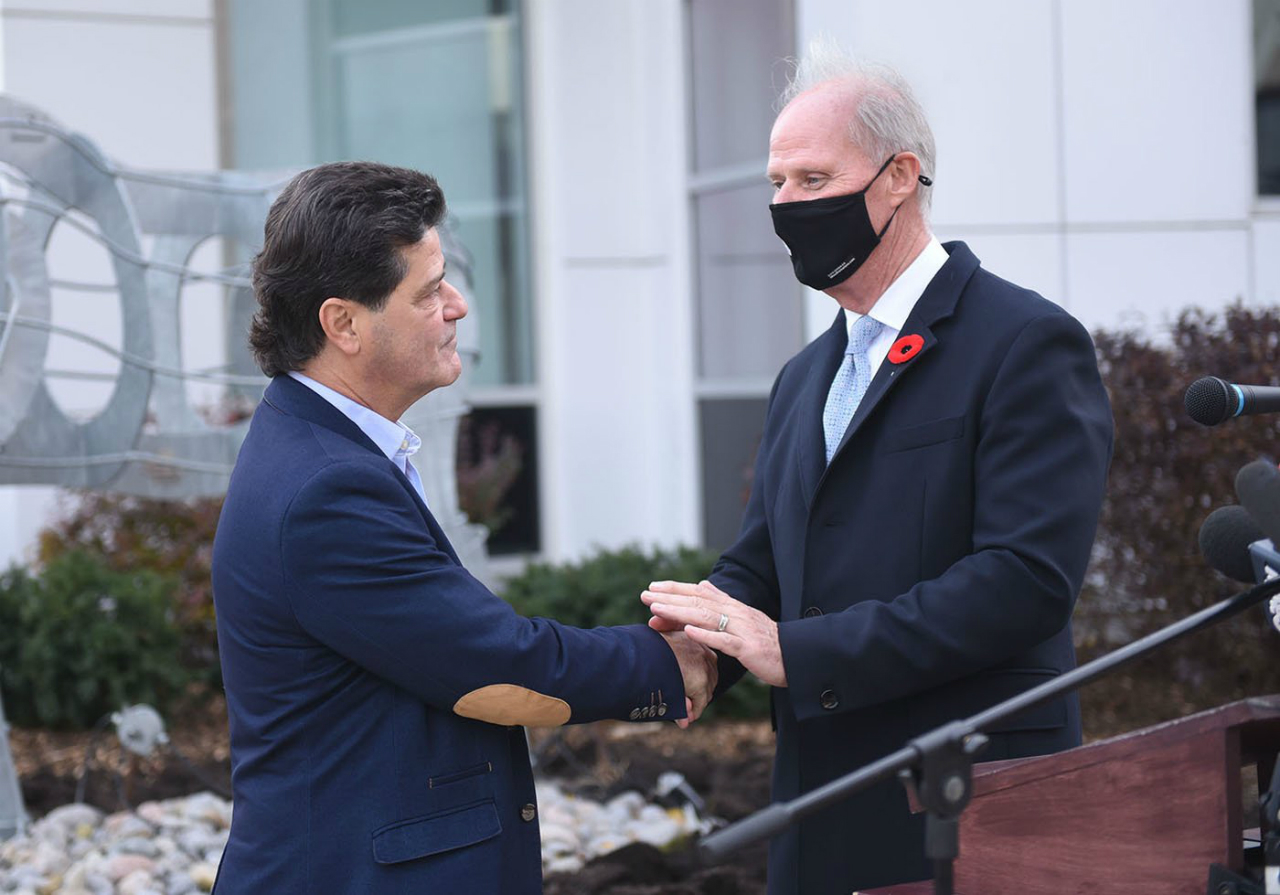 Dias cited victories such as softening the Trump administration’s proposals around the percentage of a vehicle’s content that must originate in the United States, plus the added requirement that at least 45 percent of a vehicle built under USMCA must be at labour rates of at least USD$16 per hour. These examples of Unifor’s influence set the stage for the collective bargaining that was to follow, he said.

“[It] put some barriers around the industry that would protect workers in the United States and Canada, but also it was about elevating the standard of living for Mexican auto workers,” Dias said. “A Mexican auto worker should be able to afford the vehicle that they build.”

Less than a month before the USMCA was enacted, the other shoe dropped: Dias received a tip confirming that the Edge’s days were numbered and Oakville Assembly would need new product to survive. With that knowledge in hand, and with encouraging phone calls from Ford executives who were willing to collaborate on a solution, Unifor selected Ford as the first of its three collective bargaining targets in late September.

The result of that first round: a $1.8-billion investment in retooling Oakville to build five new battery electric vehicles beginning in 2025, products that had previously been earmarked for Mexico, plus a new derivative for the company’s engine plant in Windsor.

The second round of negotiations with FCA ended with the automaker committing $1.58 billion for the its Ontario-based plants. Windsor will be retooled for additional plug-in hybrid and battery-electric vehicles with at least one new model headed to the plant, resulting in the third shift being recalled and up to 2,000 jobs created by 2024. In addition, Bramalea Assembly will build three new variants of the Dodge Charger and Challenger and will continue to produce the Chrysler 300 sedan, and the Etobicoke Casting Plant will see two new products and an investment of $14 million.

These commitments to Canadian EV production in particular were make-or-break for the industry, Dias said.

“There have been over $300 billion worth of global announcements on EVs, and not one nickel had been allocated to Canada,” he said. “Forecasters are saying that by 2040, 50 percent of the world market will be electric vehicles. … If you're not in the game today, then you're out.”

In the final round of negotiations with General Motors, the shock announcement was the resurrection of Oshawa. The line will start back up in 2022 building light and heavy-duty pick-ups, heralding a $1.3 billion investment and the return of 1,700 jobs to Oshawa alongside $109 million in upgrades to the engine plant in St. Catharines.

Dias said Oshawa can only restart because it was never fully decommissioned and dismantled. Instead, it was converted to produce aftermarket parts, a 10-year arrangement that was a direct result of Unifor’s negotiations with the automaker when vehicle production stopped in 2019. 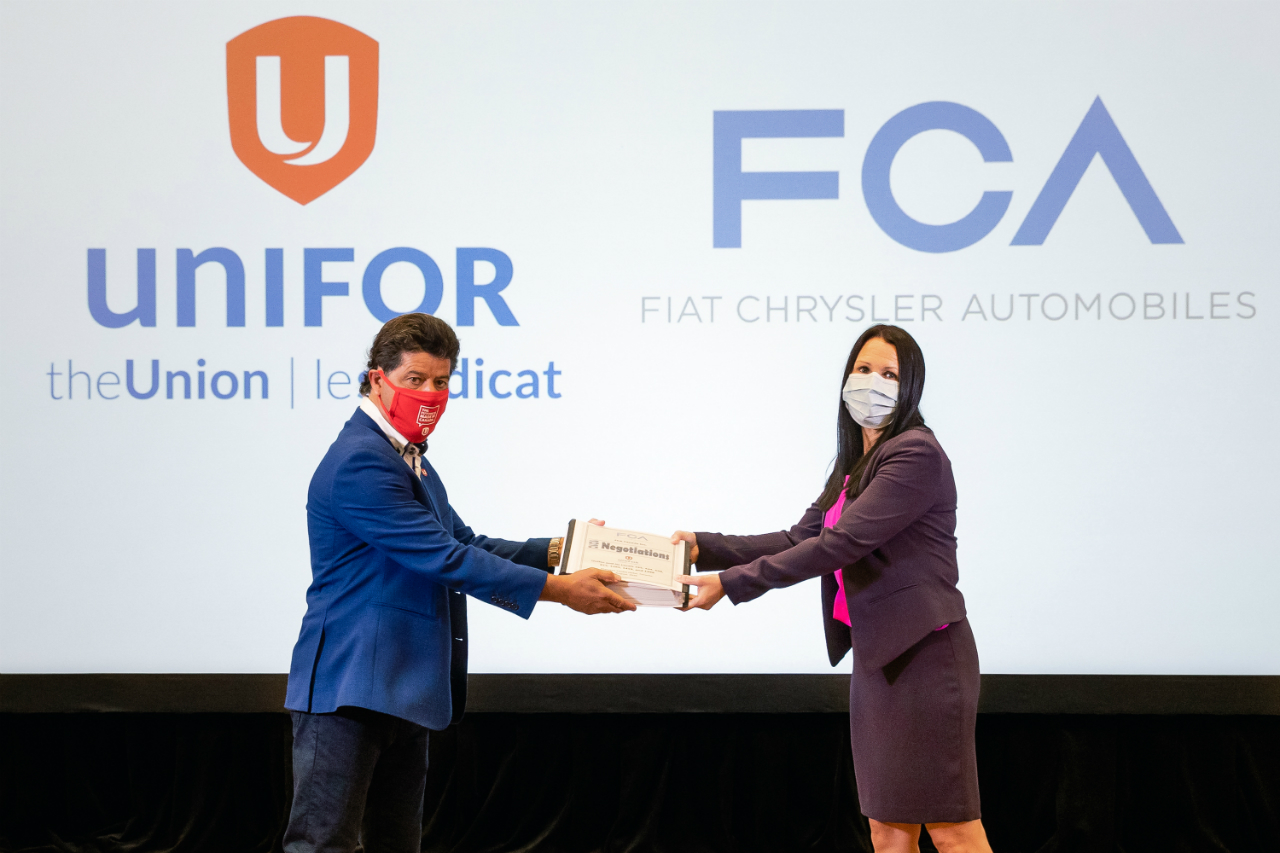 “We basically got a stay of execution,” Dias said. “We bargained that GM would maintain the integrity of the plant, which [maintained] the ability to build vehicles in the future.”

After many months of careful strategizing – “the ultimate chess game,” as Dias called it – the end result was three home runs with three automakers investing profoundly in the future of Canadian automotive manufacturing.

The scope of this victory is enormous, from securing a future for Canadian parts suppliers to establishing a domestic supply chain for electric vehicle battery production that will inject millions more dollars into the Canadian economy.

But Dias said his rewards come through seeing first-hand the impact these deals will have on the people they’re designed to help most: Canada’s humble and hard-working auto workers.

“My father, two of my sisters, my nieces and nephews live in Oshawa,” he said. “Manufacturing shut down, including the entire auto industry, for a period of time. You lost your job, and then the pandemic hit and there was no chance of finding other employment. It was the deepest, darkest moments that people can live through.

“[With the news that Oshawa would resume production,] all of a sudden the whole community changed. The mood changed. Now, things are going to completely rebound. Their despair has changed. It’s replaced by hope.”