Join the Conversation (0)
In a world filled with alphabet soup – GX, ML, XT, and the like – Land Rover is one of the few automakers to bestow their all-weather machines with, y’know, actual names. Of those names , Velar is one of the best. Sleek, sharp, and looking like something a Bond villain might drive to their secret mountain lair, the Velar cuts a dandy shape in a world of upright 4x4 boxes.

The new, spellcheck-vexing SVAutobiography Dynamic Edition takes everything about the Velar and cranks it to eleven. Holding the distinction of being the fastest and quickest Velar, its supercharged 5.0L V8 engine generates 550 horsepower and 502 lb.-ft. of torque. This is sufficient thrust to accelerate from 0-100 km/h in about 4.5 seconds on its way to a top speed of 274 km/h. Hauling things down to legal speeds are a set of uprated brakes and suspension components.

Your newfound status in the Range Rover hierarchy won’t go unnoticed by the snooty neighbours. This new top-spec model gains unique exterior trim including a new front bumper with larger air intakes to feed the supercharged V8, while simultaneously helping to cool the uprated braking system. A new grille and lower side mouldings combine with a revised rear bumper featuring natty integrated quad exhaust finishers. Depending on how close you allow plebes to pass, they’ll also notice that the RR hood and tailgate lettering have a knurled finish. 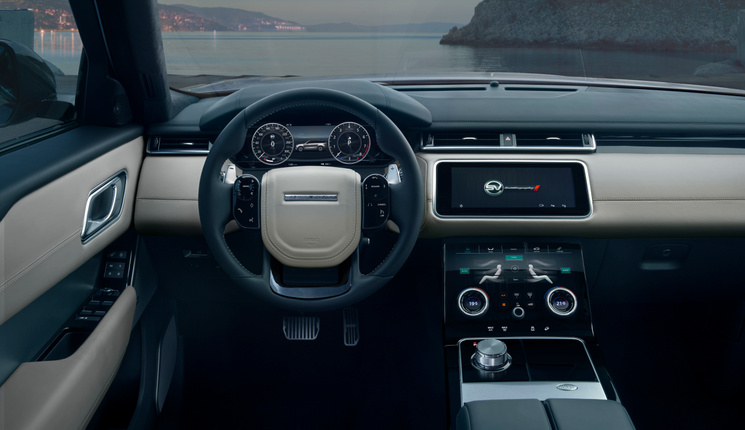 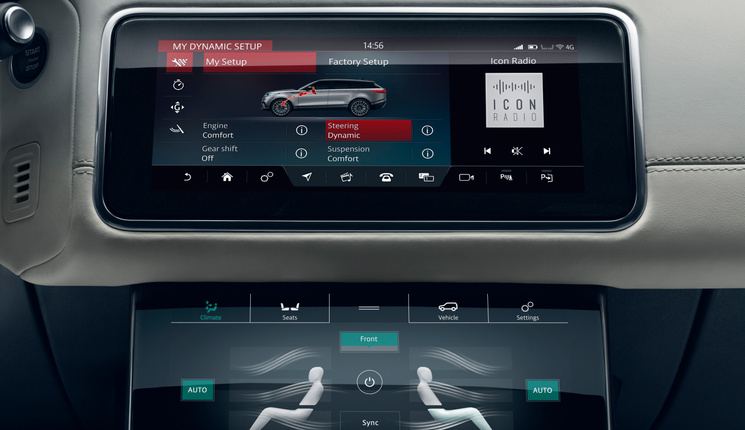 Wheel size has been increased to 21-inches, partly for the sake of fashion but mostly to make room for the new brakes which measure 395mm. For comparison, discs on the 911 Turbo span 380mm. The company says the new wheels weigh no more than the old 20-inch units, a good thing when it comes to unsprung weight. Mahoosive 22-inch wheels are also available.

It wouldn’t be a true Range Rover without a sumptuous interior. The Velar SVAutobiography Dynamic Edition brings its A-game with a quartet of colour choices, standard 20-way heated and cooled massage seats, and optional carbon-fibre trim. A 12.3-inch Interactive Driver Display peers at occupants with unflinching digital eyes, offering up displays unique to this model.

If one does care to take their snazzy Velar off-road, its all-wheel drive system can direct as much as 100 percent of engine torque to either the front or rear wheels, making good use of the active locking rear diff and air suspension. Wherever you drive, they’ll likely hear you arriving: a variable active exhaust is said to play a tasty V8 soundtrack.

Look for this uniquely-named Land Rover to appear in dealer showrooms late this Summer. 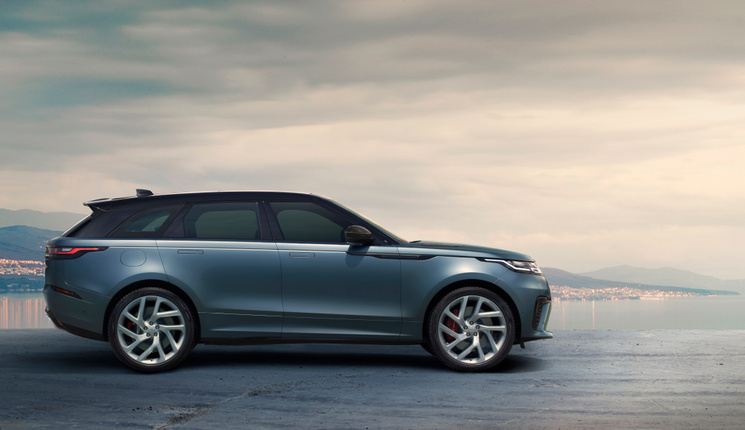