Los Angeles, Calif.-Los Angeles is without doubt the centre of car culture on our continent, probably in the world.

Yet the L.A. Auto Show has struggled to be considered up there with the likes of Frankfurt, China, New York, or Detroit.

For many years, the dates moved around, unlike the other shows — everyone in the industry just knows Frankfurt is early September every odd-numbered year.

L.A. has settled on the week after U.S. Thanksgiving. Maybe you’re considering a new car as somebody’s Christmas present?

But this puts it right after the SEMA electronics show in Las Vegas. Since cars are morphing from wheels with electronics in them to electronics with wheels on them, Vegas tends to steal some of L.A.’s thunder.

This year, there were some significant introductions, but not as many as usual.

And, interestingly, the domestic manufacturers were thin on the ground — er, show stands — perhaps because the L.A. market has traditionally been import-heavy.

More or less in order of appearance, here are the highlights of this year’s show, from my perspective:

BMW had a bunch of introductions, many of them of the battery-powered sort.

But the most significant newcomer was a roadster version of the i8 hybrid sports car. The battery-powered component of the drive train has been given more boost, and you can now drive all the way up to almost 30 kilometres on the battery alone! 30 km! Wow … provided, of course, that you don’t attempt the promised 0-100 km/h sprint time in the mid-four second range too often, or it will be a whole heck of a lot less than that.

Mercedes debuted the new CLS four-door coupe, which despite the nomenclature, is based on the E-Class sedan. This car sees a return to an inline, six-cylinder engine for Mercedes, which is the smoothest engine configuration yet invented. The 3.0-litre turbo produces 362 horsepower, and an integrated electric motor can add an extra 21 ponies in short bursts.

The CLS gets a three-seat rear bench (previously it was a two-seater) although headroom is still a bit snug back there. This is designated as a 2019 model, and will be available next fall. 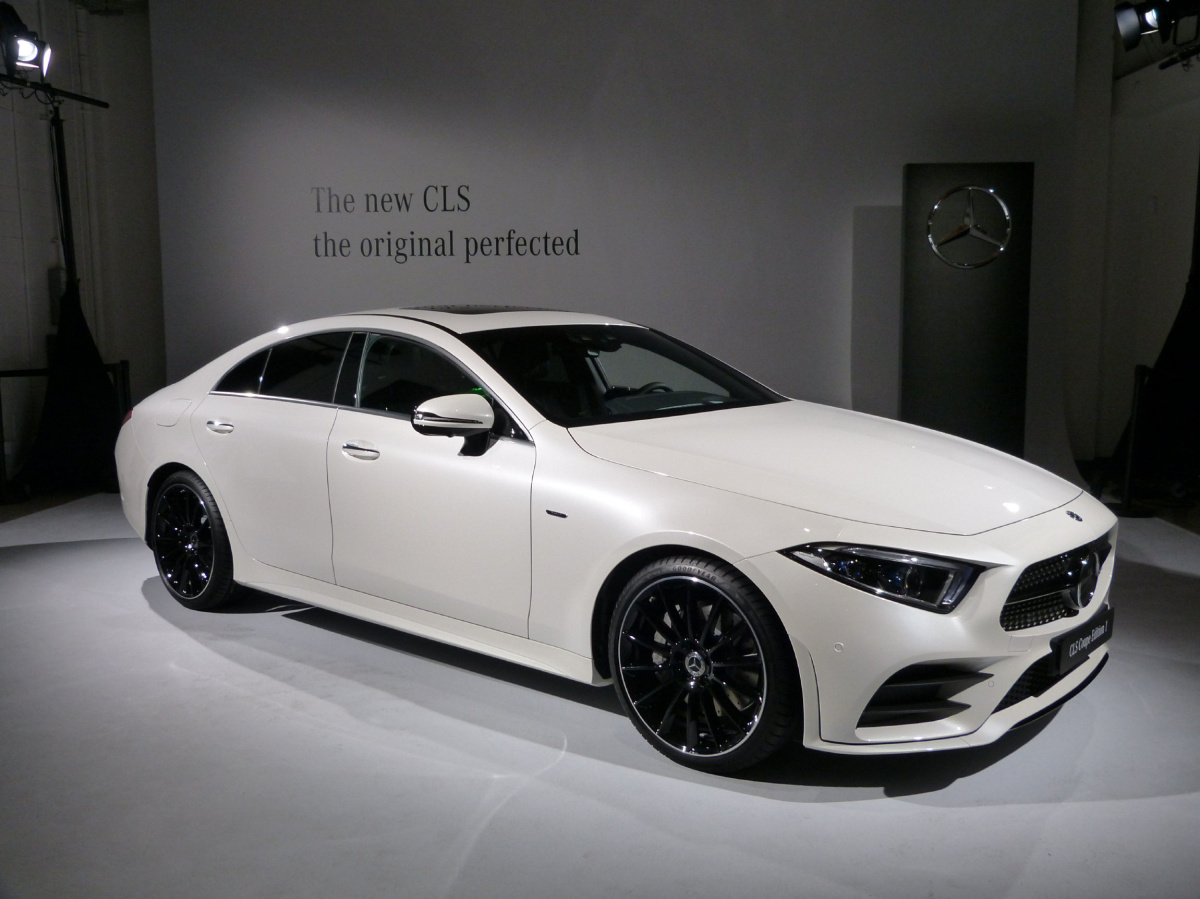 Mercedes also showed what appears to be the final version of the Project ONE, the closest to a Formula One car as you will ever be able to drive on the street. As in the all-conquering Mercedes F1 cars, a combination of a 1.6-litre, V6 engine and electric motors (which, in this case, unlike the race car, also motivate the front wheels) will accelerate this car even faster than it will drain your bank account. If you have to ask …

Lexus offered a new version of the Canadian-built RX 350 crossover, called the RX 350 L. Aw, you guessed, ‘L’ stands for ‘Long.’ It uses the length to add a third row of seating, in response apparently to consumer demand. The now-middle row can be configured as a three-seat bench or a pair of captain’s chairs. The hybrid model, for reasons that were unspecified, will only be available with the latter. 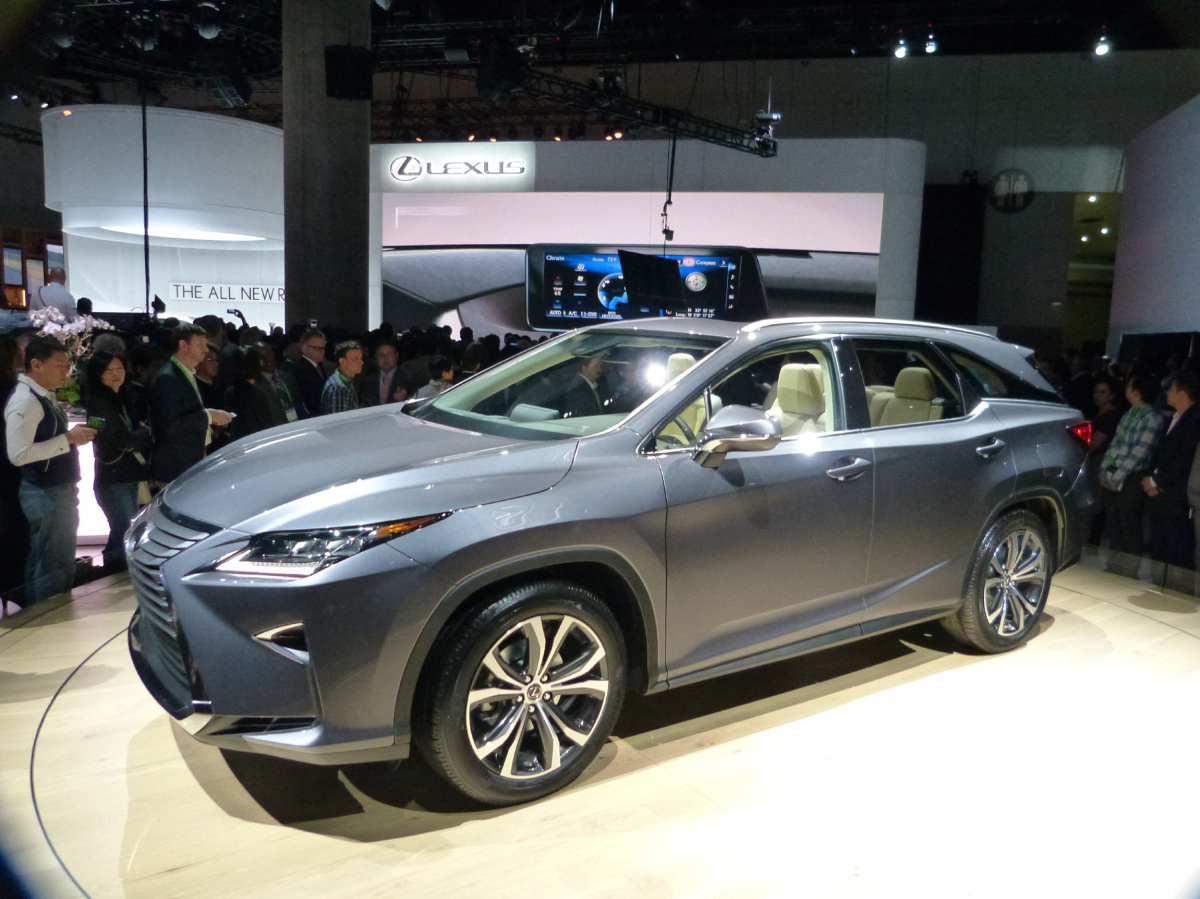 Mazda had a refreshed Mazda6 mid-sized sedan, a car that in my view gets unfairly overlooked in the Camry/Accord/Fusion/et al battle. Both it and the CX-5 crossover will feature an available new 2.5-litre, four-cylinder engine with cylinder deactivation. Under light load conditions, the outer two cylinders are shut down, which can save up to 20 per cent in fuel at a constant 40 km/h, and up to five per cent at 80 km/h. If you do most of your driving in town, this can add up.

Cylinder deactivation as a concept is not new. My first-ever car, an old Fiat, had it, even if it was not supposed to have it. And in the early 1980s, Cadillac had the V8-6-4, which could shut off two or four cylinders in the V8 engine. The theory was fine, but control systems of the day weren’t good enough to make it work properly. Knowing how clever Mazda is, I’m sure this one will function seamlessly. 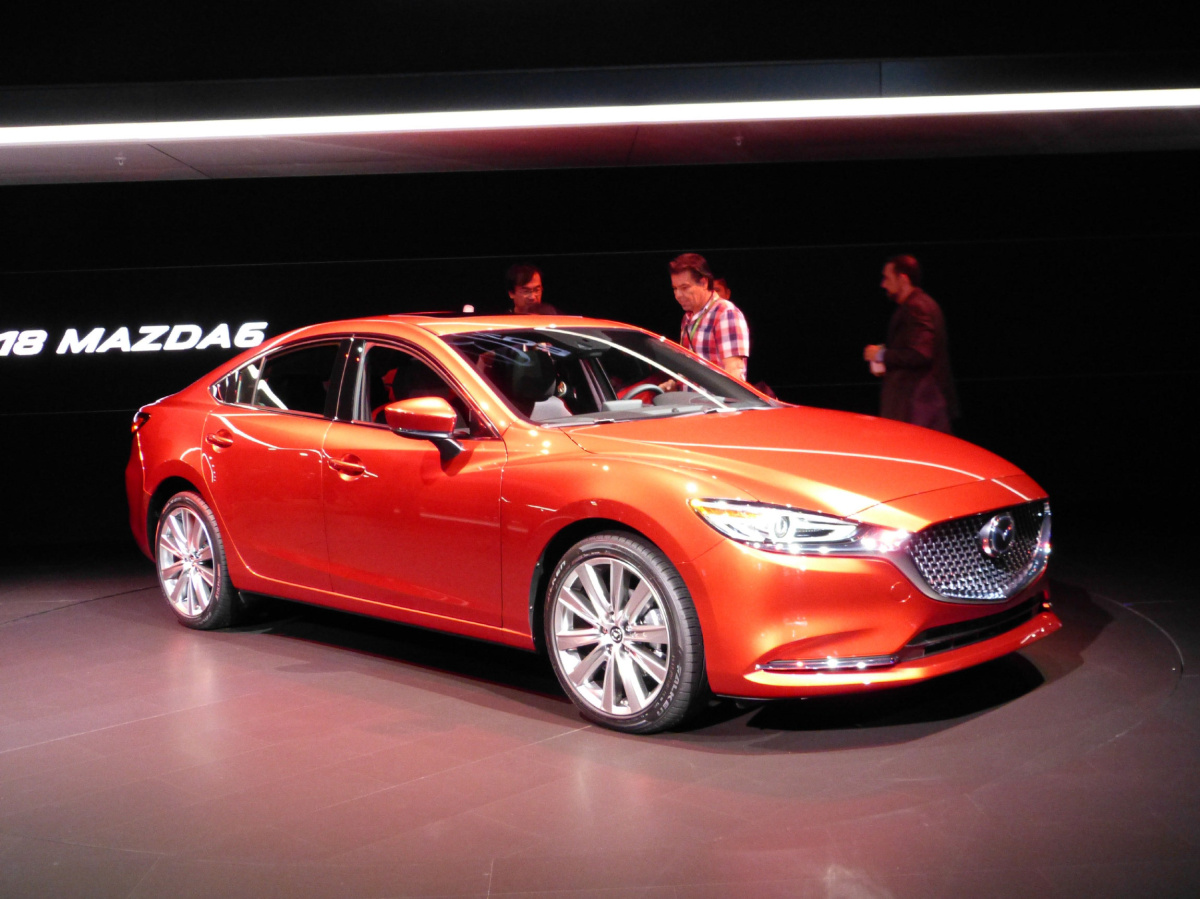 Porsche applied the GTS treatment — more power, even better handling, fancier interior — to the midengine Boxster and Cayman lines. And yet another variation in the ever-expanding 911 family, the 911 Carrera T. This almost takes the 911 back to its roots — lighter weight, rear-wheel drive, available manual transmission. It will hardly be a poor-person’s 911 — it will come in well into six figures — but it will offer more of a purist’s Porsche.

Porsche also gave Angelinos their first close-up look at the most powerful 911 yet, the 700-horsepower GT2 RS. Sure, why not? You only live once.

Lincoln had a face-lifted version of the MK X SUV, with a new grille like the one on the Continental. This will be the face of Lincolns for the foreseeable future.

But the big news — massive news — is that the refreshed model will not be called MK X; it will be named “Nautilus.” Yes, an actual name! Bring out the brass bands! Lincoln has finally figured out that if everybody is using just alphanumeric nomenclature, then the market has no clue what any of them stand for. Lincoln will be gradually replacing all its “MK” designations with proper model names, and not a moment too soon. Other car companies, please copy. 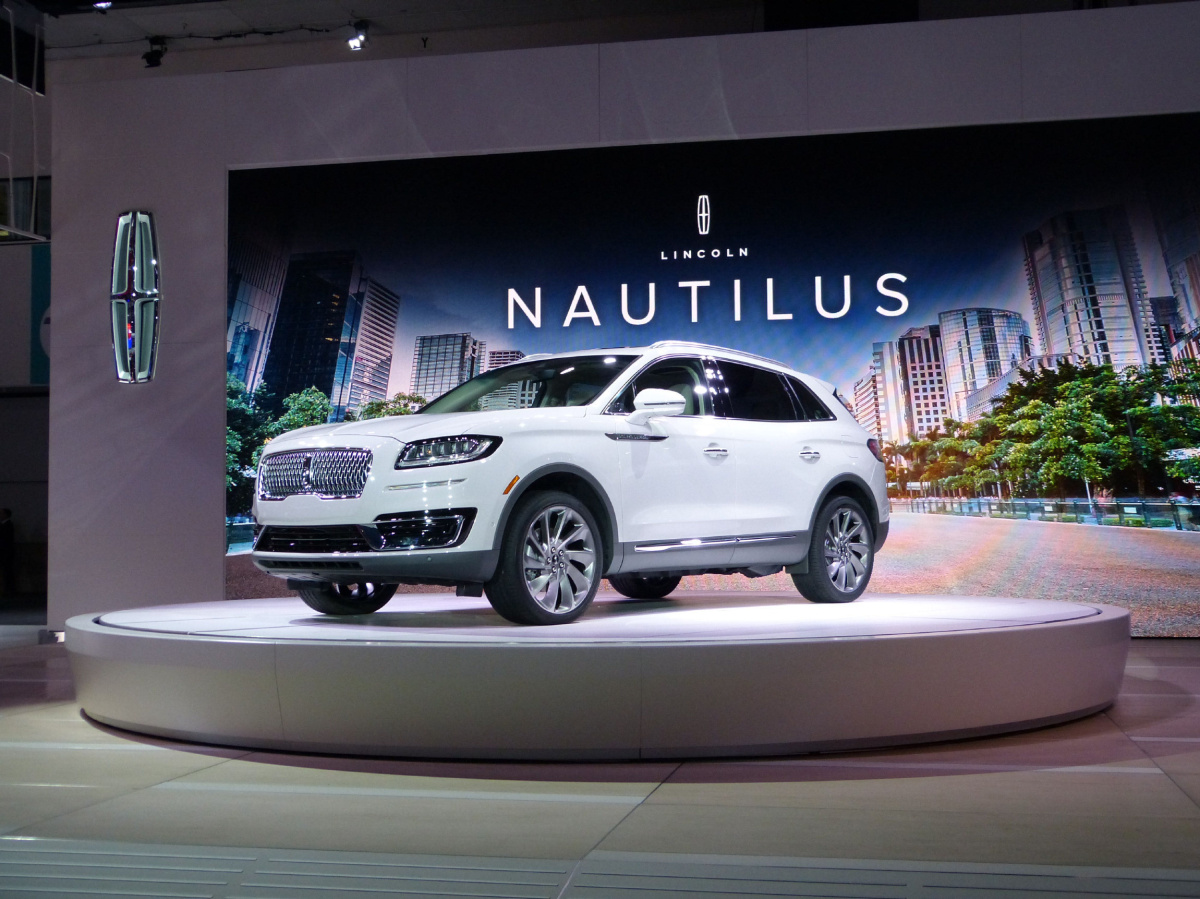 Nissan offered a new small crossover named “Kicks,” which “just keep getting harder to find” or are “pumped up,” depending on how old your pop music knowledge is. Norris McDonald has more on this vehicle elsewhere in Wheels today.

Ralph Gilles, the Montreal-born and raised head of design for Fiat Chrysler Alfa Romeo, knew when presented with the task of doing a new Jeep Wrangler that he had to be careful. This is perhaps the most iconic design in the current automotive space — maybe ever. The technology had to be updated — better fuel consumption, better ride, better safety, lighter weight, less fussy soft top — but the look had to be pure. 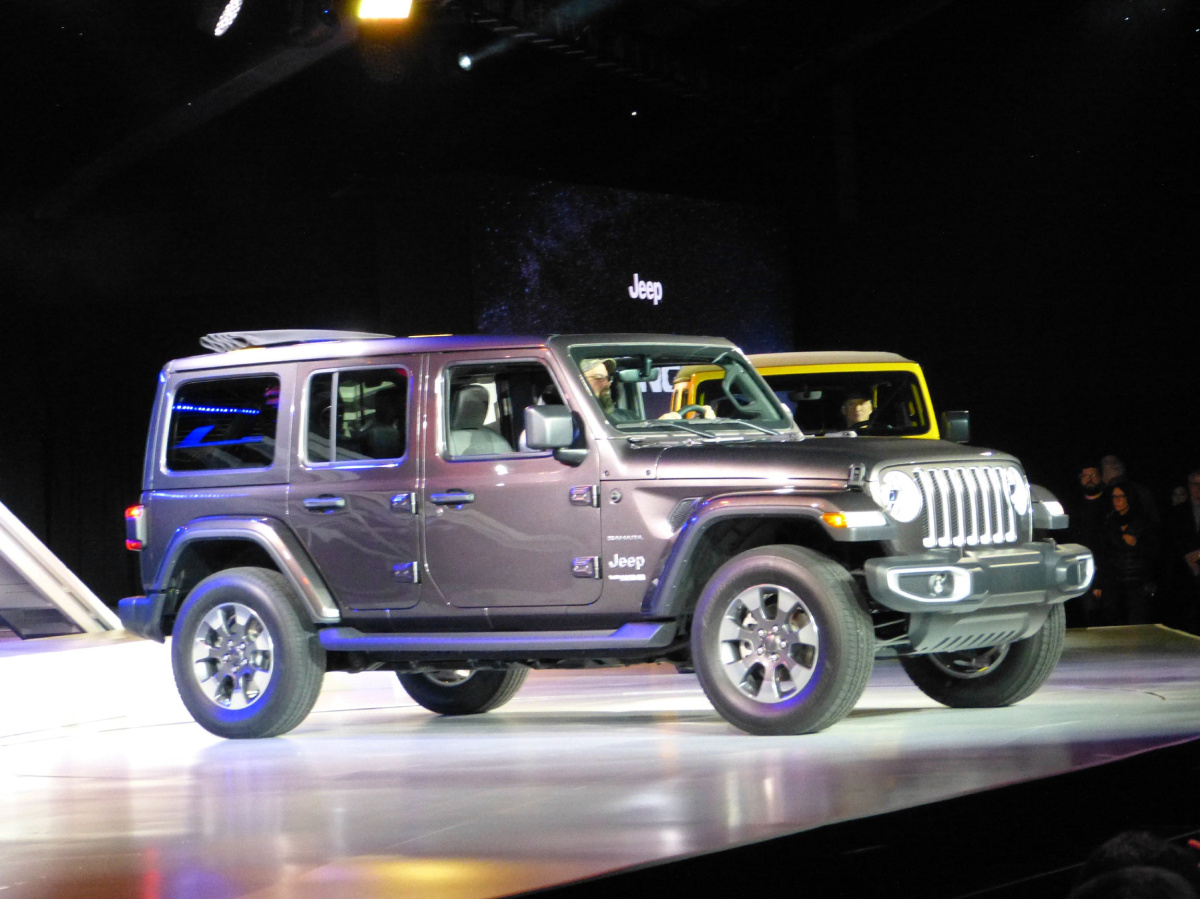 Judging from the comments from the assembled media, he and his team nailed it. I’m looking forward to driving this one to see if the engineers were as smart as the designers.

The Mitsubishi Eclipse Cross, the first all-new Mitsu in some time and a precursor of what’s to come, is covered in more detail by me elsewhere in Wheels today.

The Volvo XC40, the compact version of their popular XC crossover family, enters the ever-more-crowded compact premium crossover/SUV space. To my eye, it looks a trifle chunky from some angles, but it will offer the interior amenities and safety for which Volvo is justly famous. 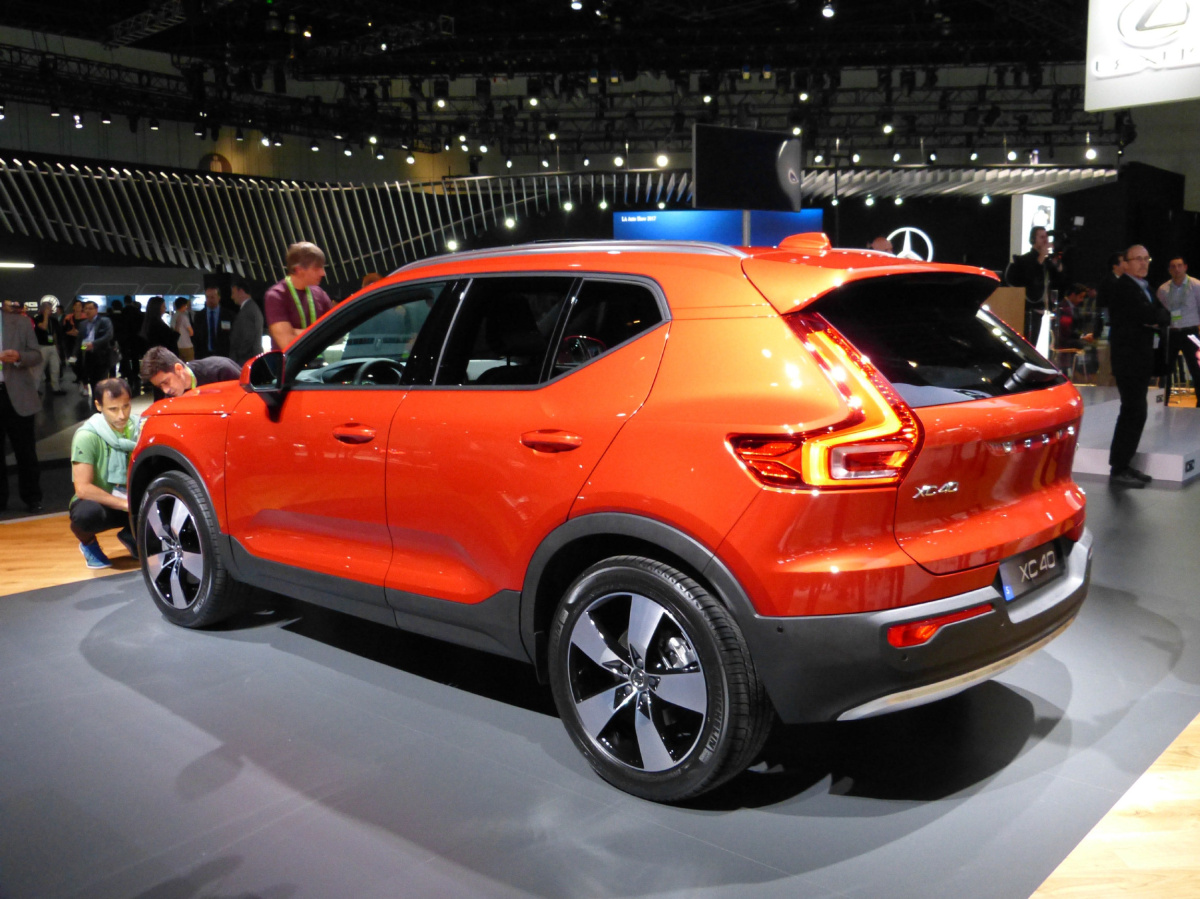 Hyundai showed the North American version of the Kona, an SUV that will slot in below the Tucson in the equally ever-more-crowded entry-level smallish crossover/SUV space. The styling is either fresh and funky or somewhat derivative, depending on your take. Undeniable are the available bright paint colours with contrasting roof, and a handsome well-appointed interior. Kona will be available in front- or four-wheel drive with a choice of 2.0-litre or 1.6-litre turbo, four-cylinder engines. 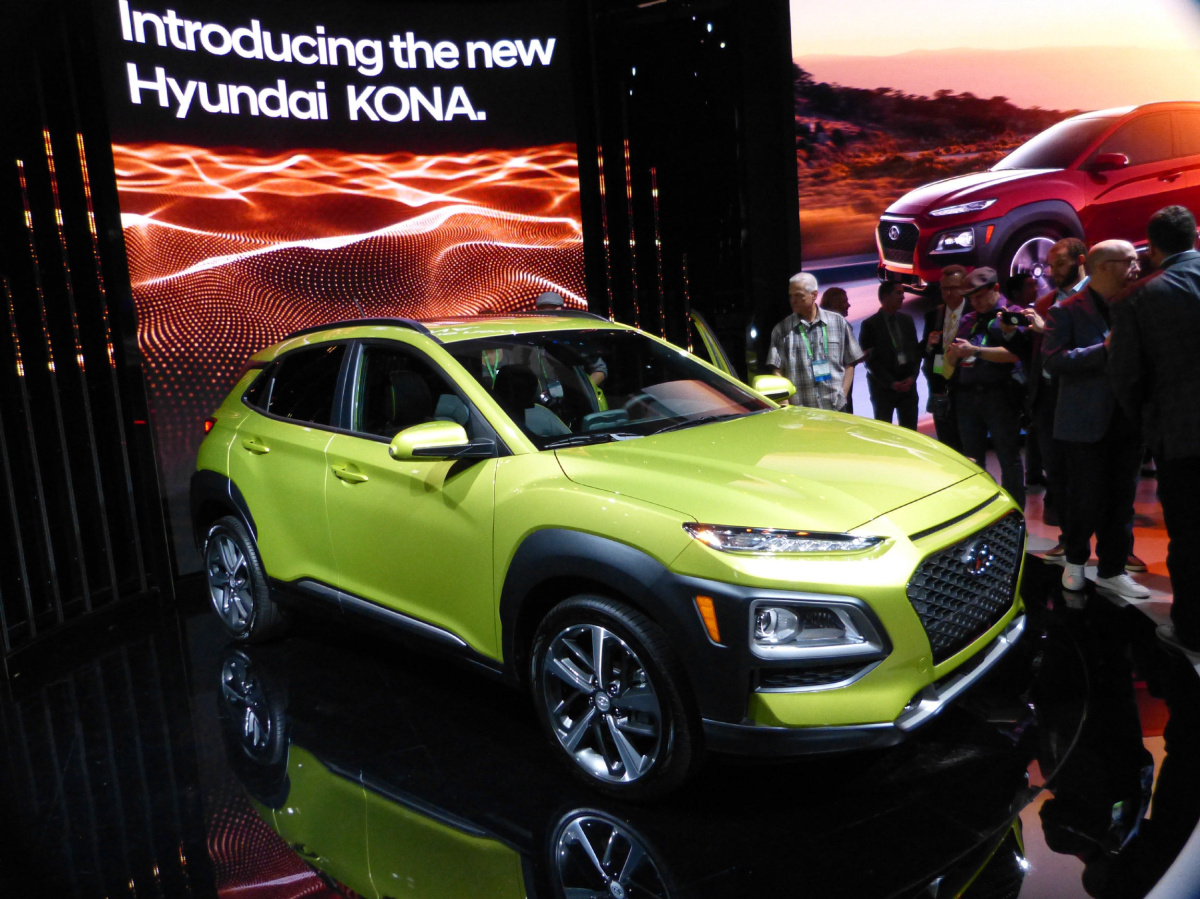 Subaru formally launched the Ascent, its biggest SUV since the ill-fated Tribeca debuted over a decade ago. This one has three rows of seats for up to eight people. It is powered by Scoobie’s 2.4-litre flat-four “boxer” engine, and of course, has the company’s well-regarded full-time, four-wheel drive system. Ascent is billed as a 2019 model, and will be on sale some time in mid-2018. 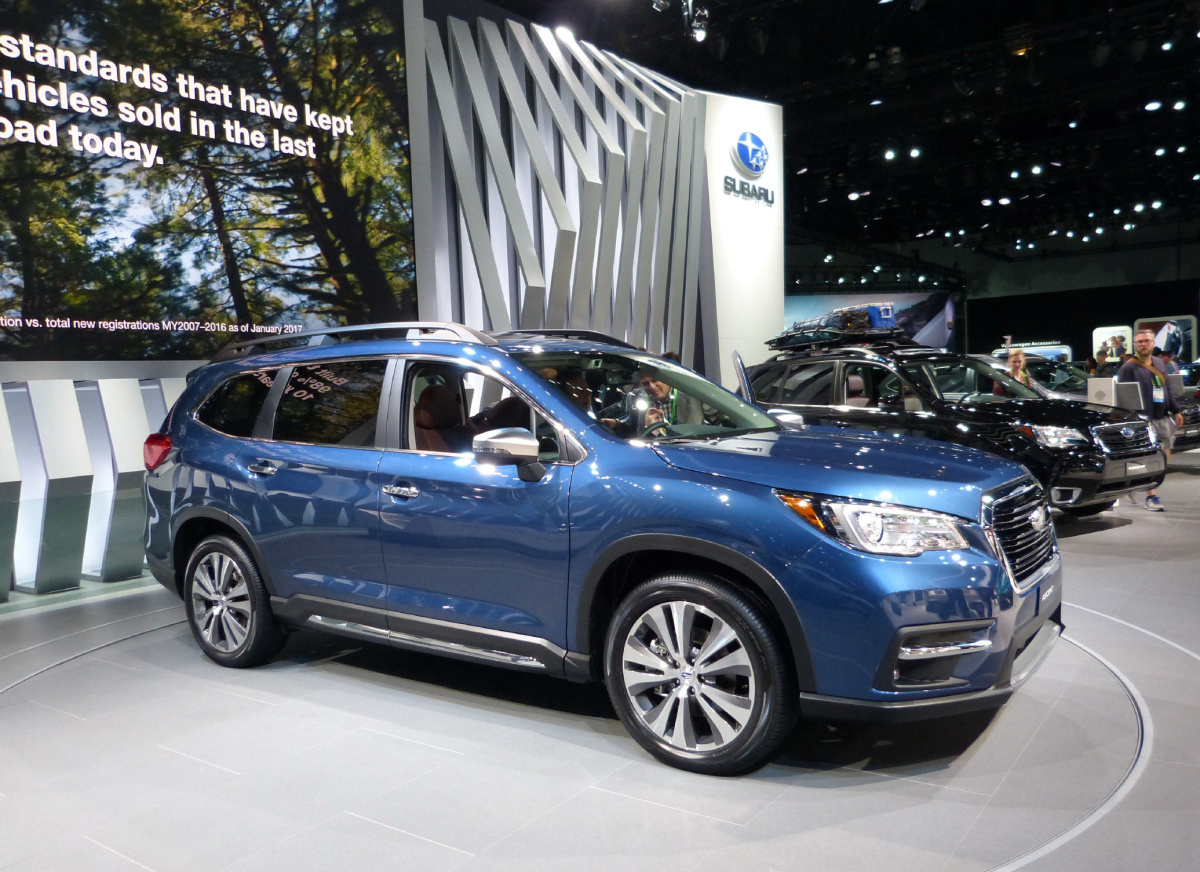