What is rally racing?

Rally purists consider the category to be the last pure form of car racing for one simple reason: it’s the only style of motorsport today that sees cars go from point A to point B on public roads, just like the rest of us do, only the roads are closed and the cars go a heck of a lot faster.

“It’s an extreme sport. When you’re going 200 kilometres an hour on a dirt road between trees and over crests, it’s pretty intense.

“The feeling when everything clicks, and you’re pushing in the car, and you can feel the condition’s right and the chemistry with the co-driver is perfect is hard to describe. It’s a very special feeling.”

In the sport’s earliest days, rallies were not primarily about speed. Directions were rudimentary and were not provided beforehand, so the skill of the navigator was highly celebrated with the driver playing a more functional role. Success was measured on the ability to match a predetermined average speed rather than to be fastest across the line. Competitions of this sort still exist in a fashion today, notably as classes in rallies such as Targa Newfoundland.

However, as automotive technology advanced and four-wheel-drive sedans became more common, the sport moved away from blind rallies and performance rallying began to take shape. Events started introducing what are now known as reconnaissance days, which allow drivers to take one or more test runs on the day before the race — with the roads still open and under legal speed limits — to dictate what they see to their co-drivers in excruciating detail. During the rallies, the co-drivers then read those notes back to the drivers, giving them an idea of what they can expect on the road ahead.

“I always think of the co-driver as almost providing a sixth sense in the car,” says John Hall, president of the Canadian Association of Rallysport and professional co-driver. “When (the driver) is coming down the road, if there’s a crest he can’t see over, the co-driver has already said to him that there’s a tight right corner on the other side of that crest. So, that mental picture is already building in his mind ahead of time.

“That’s what the co-driver does, and it becomes an integral part of (the driver’s) ability to go fast.”

Reconnaissance days began appearing in the Canadian Rally Championship roughly 10 years ago. While their arrival coincided with a marked increase in speed, it also heralded a greater attention to safety in the form of mandated roll cages, helmets and head and neck restraints, multi-point harnesses, fireproof racing suits, and more.

L’Estage’s current co-driver, Alan Ockwell, celebrates the advances that the sport of rallying has made in Canada.

“No one could ever look back,” Ockwell says. “If I tried to do another blind rally today, I would probably be pretty terrified the whole time.” 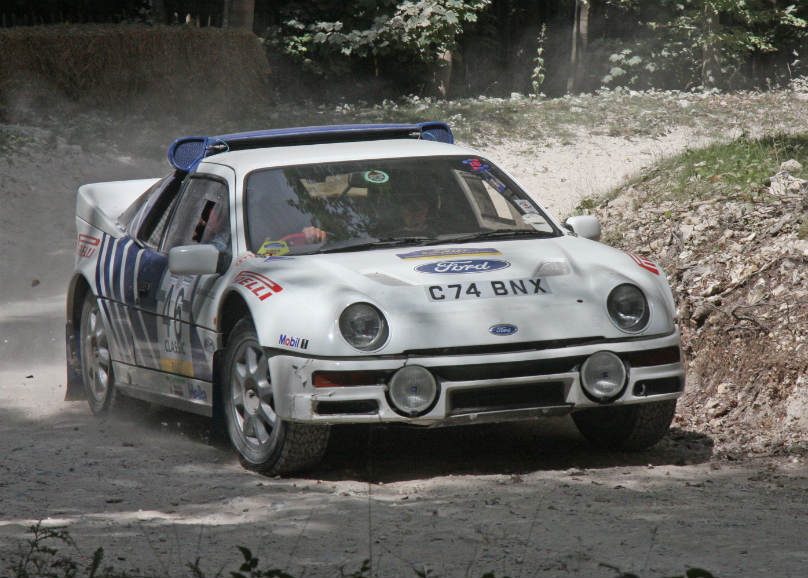