Mark and Kristine Wathke 'We're just so happy to be alive'

Couple found safe after being trapped in car for a week

CODY, Wyo. — A Wisconsin couple reported missing after a visit to Yellowstone National Park was found safe on a closed highway in Wyoming, where their car had been stuck for nearly a week.

Mark and Kristine Wathke had made hotel reservations in Miles City, Montana, last Tuesday. But after leaving Yellowstone National Park, the hotel says, they never showed up.

Search crews began canvassing the area but had no luck.

They were finally rescued early Monday morning, when a nearby lodge owner searched for them on his snowmobile, Wisconsin’s WQOW reports. He headed up Beartooth Highway, which is closed for the winter due to expected high snowfalls, suspecting the couple either hadn’t seen or didn’t heed signs saying the road was closed for the winter.

“I just loaded (the snowmobile) in back of my pickup and drove up as far as I could,”  said Troy Barnett, Owner of K Bar Z Guest Ranch in Cody, Wyoming. “I probably only had to ride my snowmobile up like four miles, and then I saw the car.”

They were cold and hungry but otherwise okay, he said. “They were really happy to see me, really appreciative.”

They’d been eating peanut butter, jelly and crackers, and staying warm by turning the car on for ten minutes every three hours or so. There is no cellphone coverage in the area.

The couple are now resting up at Barnett’s lodge — their car is still stuck in the snow — and spoke to reporters about their ordeal on Monday.

“We’re just so happy to be alive,” Kristine said.

The Wathkes and Park County sheriff’s spokesman Lance Mathess both praised Barnett for his efforts, with Mathess noting it’s not the first time ranchers have helped locate missing people.

“These people are amazing,” he said. “They selflessly give of their time.” 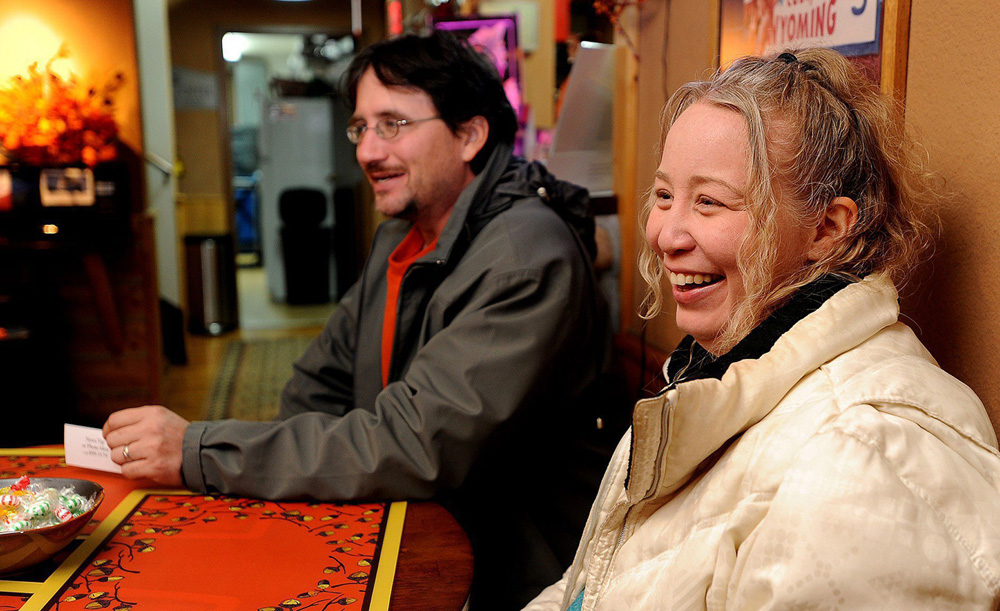 By The Canadian Press