The big news last week was the New York Auto Show, and you can see more about the biggest reveals elsewhere on the site. Also a facelifted Subaru Outback and Nissan Leaf, a more off-road capable Nissan Pathfinder,Toyota bZ4X EV pricing and lots of awards for Hyundai.

Join the Conversation (0)
Updates for Outback

Subaru has updated the Outback for 2023. The change you'll notice is a new larger grille and the new cladding running from headlight to front bumper. It's a look that's not going to win over everyone, but there are changes inside that likely will. Like the latest version of Subaru's EyeSight driver assistance suite that uses new sensors and software to allow it to operate more smoothly and in more conditions. Premier XT trim also gets a wider-angle camera that can spot pedestrians and cyclists sooner. The infotainment system is upgraded with the wireless versions of Apple CarPlay and Android Auto. Also new is an Onyx trim that adds black trim and badges to the Touring trim.

Hyundai has dominated at the 2022 World Car of the Year awards. The Ioniq 5 was named car of the year and EV of the year as well as 2022 World Car Design of the Year. The awards are voted on by jurors from around the world and include vehicles on sale in nearly all of its markets. A big year for EVs all around, the Mercedes-Benz EQS was named 2022 World Luxury Car, and the Audi e-tron GT World Performance Car. 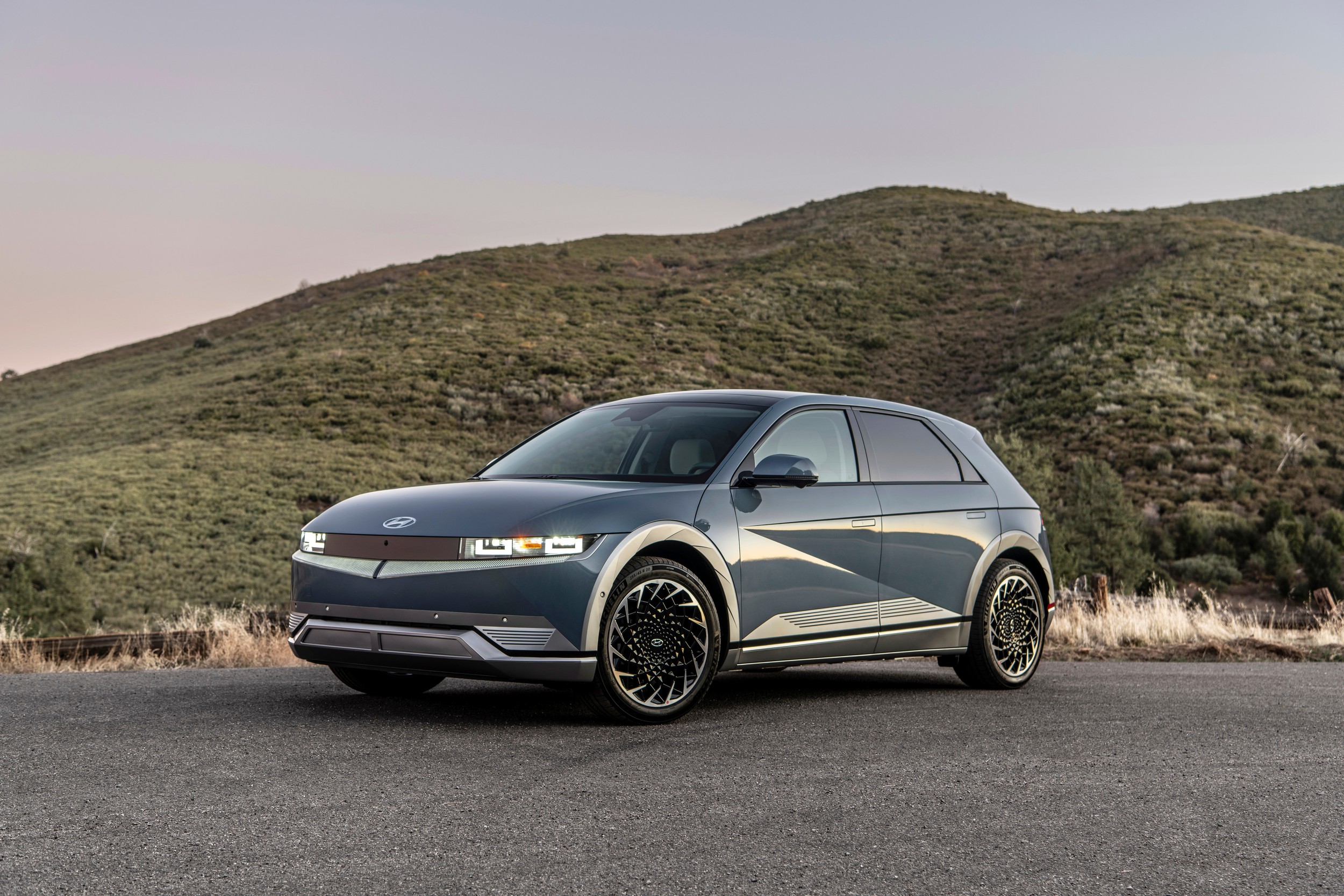 Nissan has done a Rock Creek edition Pathfinder before, but it was little more than new paint. This time, the model comes with upgrades like a 16 mm lift, 18-inch all-terrain tires, and an Off-Road Mode surround-view camera that give it some useful capability over rough terrain. The model will have some appearance upgrades like badges and a dark-finish grille (and orange stitching inside), along with its own leatherette seats. Plus, a beefy tubular roof rack. The Pathfinder Rock Creek will also offer more power, 295 hp vs 284 hp if you use premium fuel. Use regular and it will run fine making the old numbers. 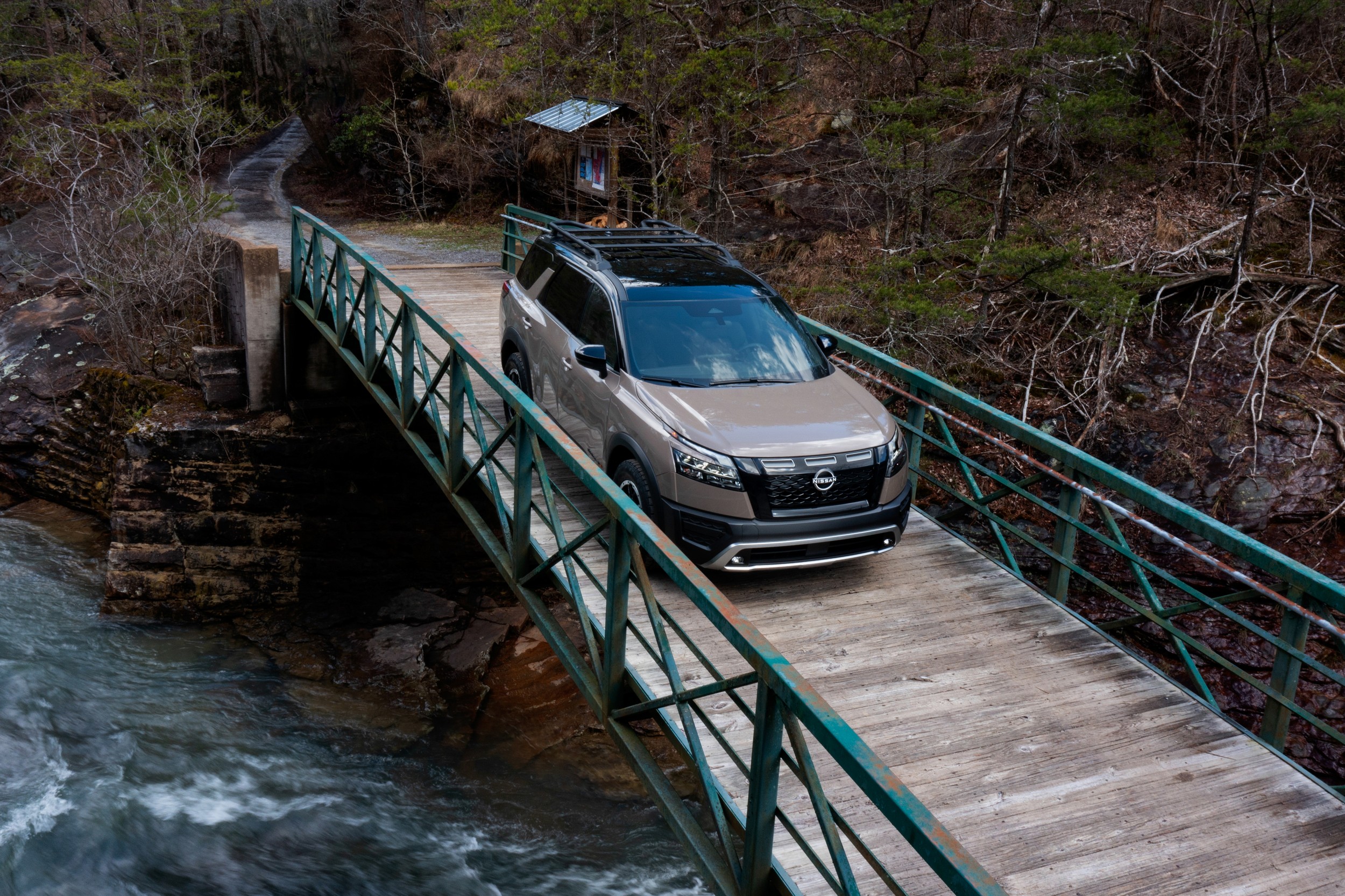 At the opposite end of the spectrum, the Nissan Leaf has been updated for 2023 as well. A new grille, mouldings and rear diffuser are all new to help give it a fresh look and improve aerodynamics. SL Plus adds leather trim. Nissan will continue to offer a 40 kWh version with 147 hp and a 60 kWh model with 214. Nissan expects range to be similar to the 240 km and 349 km of last year's models. 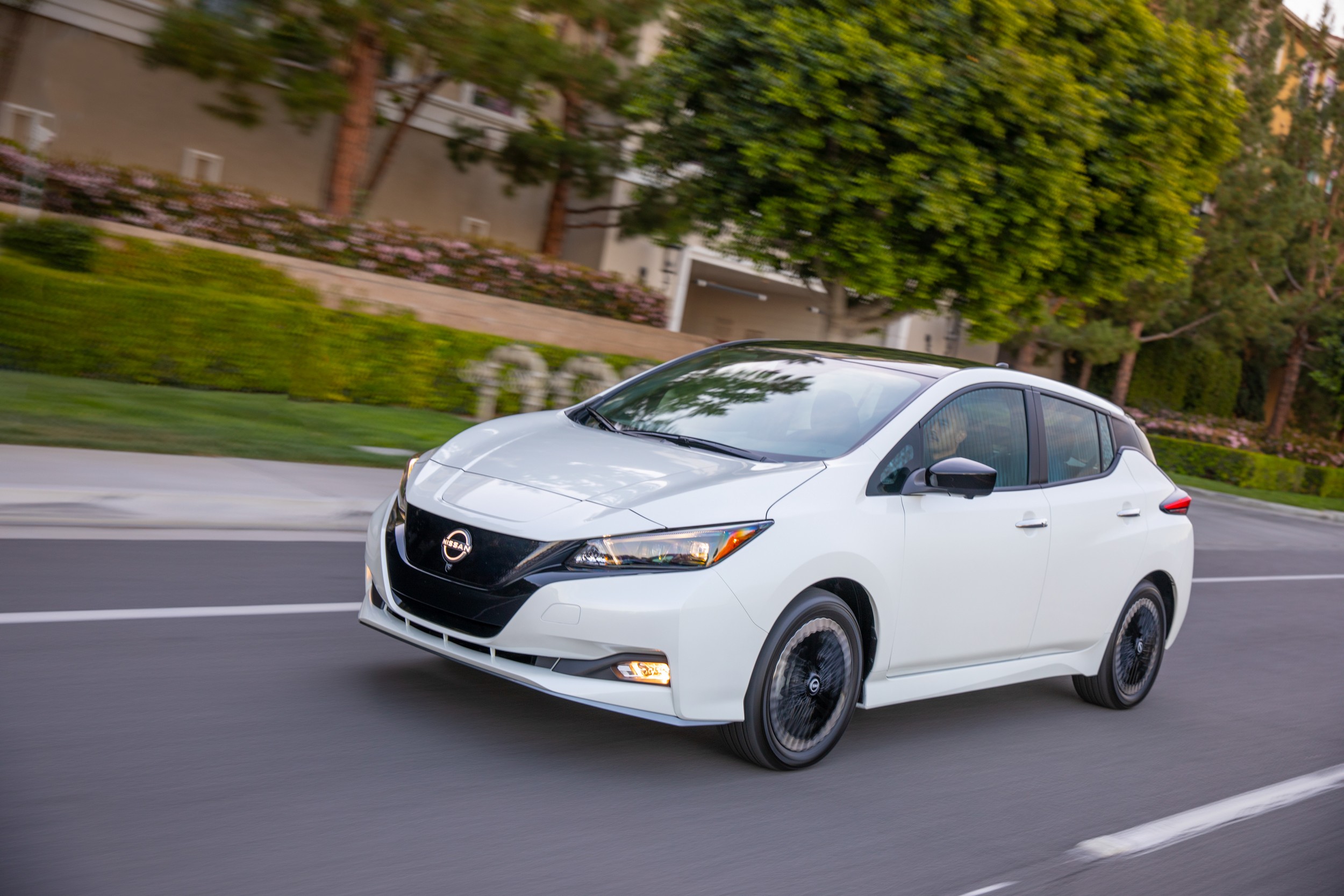 BMW revealed a refreshed X7 large crossover last week. The new X7 gets extremely thin accent lights with the headlights lurking underneath on a slightly revised nose. The taillights are also updated with a new 3D design. X7 xDrive40i models get a 40 hp boost to 375 hp thanks to an all-new inline-six and the X7 M60i model will make 523 hp. Both get a new eight-speed auto and have 48V mild-hybrid tech. BMW's new curved display is installed, as is the latest version of its iDrive infotainment system. The 2023 BMW X7 arrives in Canada in the fall, from $108,500. 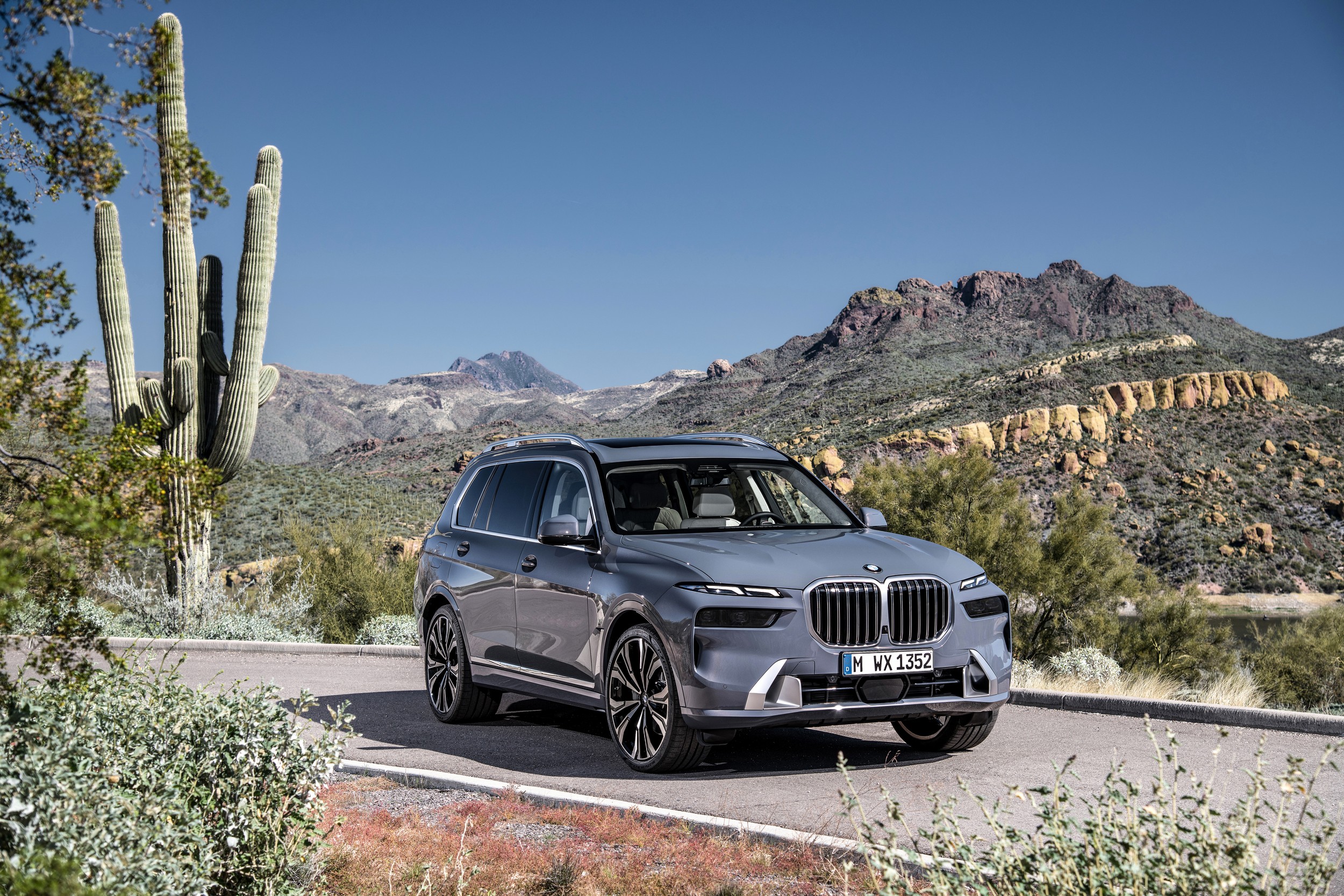 Toyota's bZ4X, the company's first mass-market EV in Canada, will arrive at dealers anytime now starting at an incentive-friendly $44,990. That will be a front-drive model only available in black with a black interior, but it does include some of Toyota's safety systems. AWD starts with the XLE from $54,990 and there will also be an XLE Technology Package for $62,750. The bZ4X is expected to offer 406 km of range in FWD and 367 with AWD. 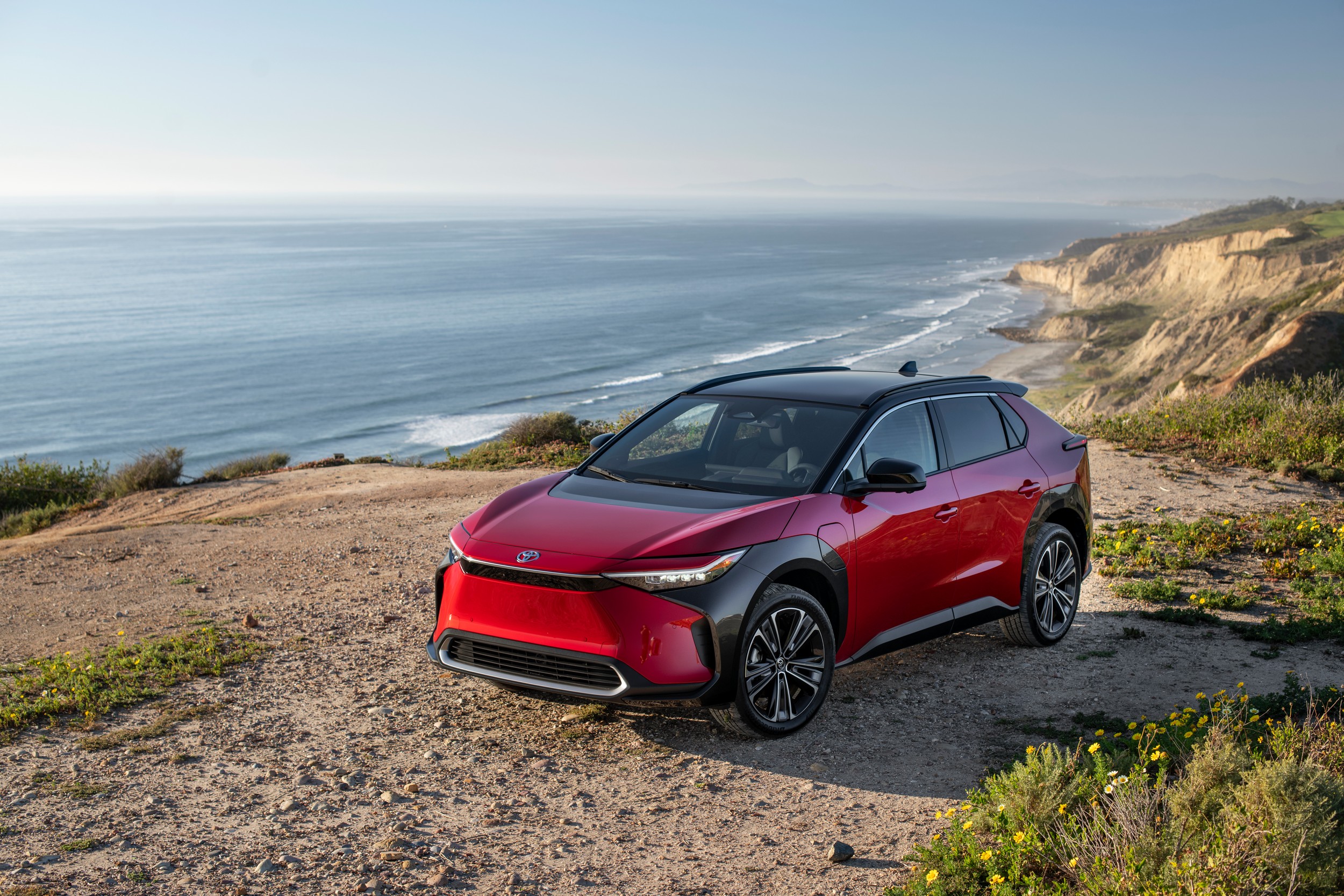