This week, Lamborghini decided to leave the pavement, Honda priced the 2023 Pilot crossover, and Toyota announced it is going Grand. Plus VW is looking for a gigafactory site in Canada, and BC and Alberta are getting 25 more EV fast-charge sites.

Lamborghini launched its second-ever off-roader, the Huracan Sterrato. The company is calling the lifted Huracan the first "all-terrain supercar." Powered by a 5.2-litre V10 like the standard Huracan, it makes 610 hp and 413 lb-ft of torque. Unlike the regular Huracan, the Sterrato is 44 mm taller-riding, with longer suspension travel and wider track front and rear. It also has aluminum skid plates and reinforced side sills to help protect the bodywork and important mechanical bits off-road. The AWD system has a rear mechanical locking differential to help maintain traction in the slippery stuff. The tires are Bridgestone Dueler AT002, designed specifically for this ride. They're designed to maintain performance on pavement but perform best off-road. They're also run-flats, offering 80 km at 80 km/h when flat. Just 1,499 Sterratos will be built, starting in February.

Honda has just priced a vehicle you might actually see off-road. The 2023 Honda Pilot hits dealers this month with a price starting from $50,650. About $3,700 more than last year. The Pilot is all-new this year, restyled with more interior size as well. The 2023 Pilot also gets Honda's TrailSport trim for the first time, adding off-road features like chunkier tires and a unique suspension tune. Sport is the base trim, getting a 285 hp 3.5-litre V6, 7.0-inch touchscreen, three-zone climate control, and heated front seats. EX-L adds leather seats and a larger screen, Touring adds ventilated front seats and a digital dash, and Black Edition adds special trim and embroidery. A top-spec Pilot Black Edition is $62,850 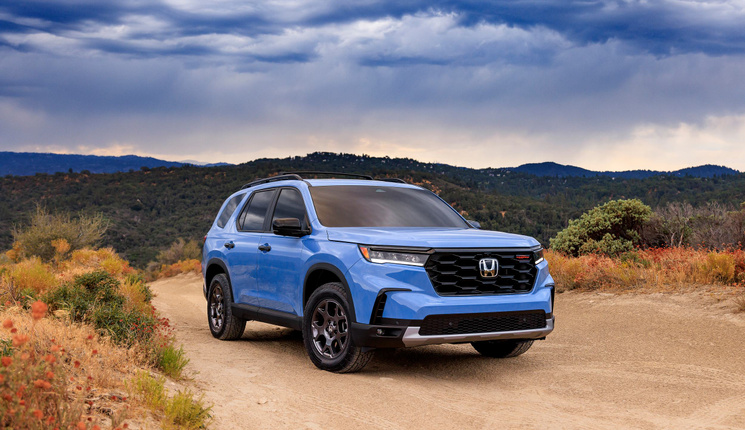 Highlander gets a larger cousin

Toyota just announced a larger version of its Highlander crossover, due to be revealed at the Chicago Auto Show early next year. The Toyota Grand Highlander will be a three-row vehicle, though we don't know much more about it. Toyota said it would be "equipped for family adventures," and the teaser image shows a tailgate that looks quite different from the standard Highlander, indicating that this might be a different model rather than just a stretched Highlander. We can also see that while the tailgate doesn't wear the blue Toyota logo that normally accompanies the brand's electrified cars, it does have a Hybrid Max badge on the hatch. This is the system currently used in the Toyota Crown, which has a 2.4-litre turbo-four and electric motors to make 340 hp. The full reveal happens on February 8th. 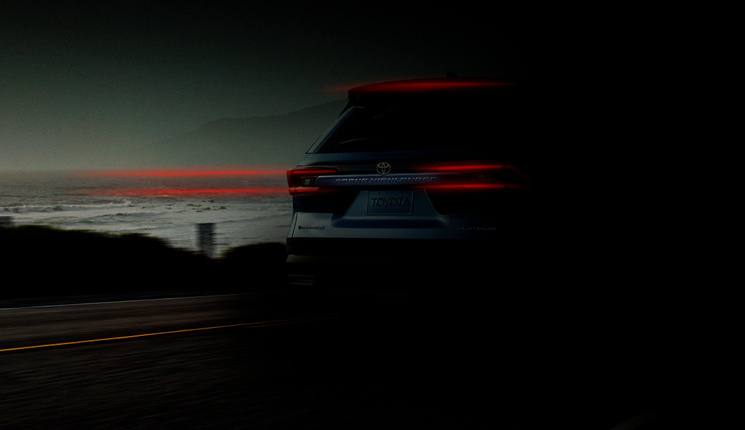 Volkswagen confirmed that it is working with the feds to find a new battery factory site in Canada. Volkswagen Group and PowerCo SE made the gigafactory announcement last week. Canada is not the only possible location, but the country is on the shortlist of sites. PowerCo is expected to start negotiations in the future to help determine the best site. “The auto industry is vital to the Canadian economy, supporting hundreds of thousands of families. And as the world transitions to a cleaner and more sustainable economy, Canada’s highly-skilled workers will be key in helping to build the green vehicle of the future. Today’s announcement between Canada and VW represents another major step forward, continuing our shared work to grow Canada’s and Germany’s clean transportation sector and meet global and North American demand for zero-emission vehicles," said Minister of Innovation, Science, and Industry François-Philippe Champagne. 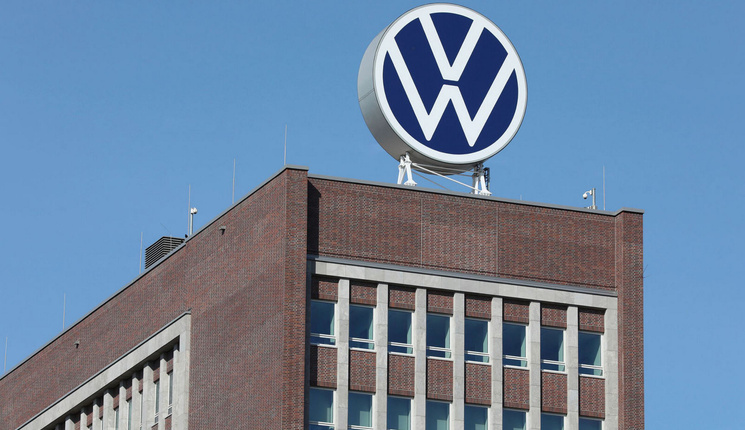 Parkland Corporation, a major fuel distributor and operator of Ultramar and Chevron filling stations, has announced plans to build out an EV charging network in BC and Alberta. The 25 new stations will give it a total of 50 200 kW stations located from Vancouver Island to Calgary. The stations will be built at On the Run and Chevron stores in the region. Each location will have up to four charge plugs to help increase the number of open spaces available. The first 25 in the network, those already announced, should be ready to go this year. The next 25 are expected to be online in early 2024. Most locations will have an on-site restaurant, and Parkland says it will upgrade washrooms as well as its Journie rewards app to go along with the new chargers.

1) VW announces Canada is on the short list for new Gigafactory site.

4) The Lamborghini Sterrato is an off-road Huracan.