This week, Genesis shows off the GV70 EV, Toyota's Venza gets safety upgrades, Cadillac is helping out with home charging, Dodge is showing Big Dodge Energy with the Charger EV concept, and Ford has made an off-road version of the Transit.

Genesis has revealed the upcoming Electrified GV70 for North America. The EV version of the GV70 crossover will be the brand's third electric vehicle, and it will also be the first Genesis to be built outside of South Korea. The new electric will be built at a facility in Alabama. The Electrified GV70 follows the path of the Electrified G80, replacing a gas powertrain with an electric one. Like the G80, the Electrified GV70 has a closed-in grille in place of a traditional cooling opening. Also, like the G80, the charge port is mounted in the nose. While North American specs weren't available, we expect it to be the same as the version offered in Korea where it has been on sale since earlier this year. There, it offers a 77.4 kWh battery, 429 hp split between motors in the front and rear, and an estimated range of 455 km on the WLTP cycle.

Toyota is giving the Venza crossover its latest multimedia system for 2023, as the company works to spread the system to all of its models as quickly as possible. The new system gets an 8.0 (LE) or 12.3-inch touchscreen and offers enhanced voice recognition and cloud-based navigation as well as wireless Android Auto and Apple CarPlay. Also new, all Venzas have been upgraded to Toyota Safety Sense 2.5 which brings oncoming vehicle and pedestrian detection as well as emergency steering assistance to the safety suite. The 2023 Venza LE starts from $40,050 in Canada, up from $39,150 last year. The all-hybrid Venza line includes the $46,290 XLE and $49,750 Limited trims and is on sale now. 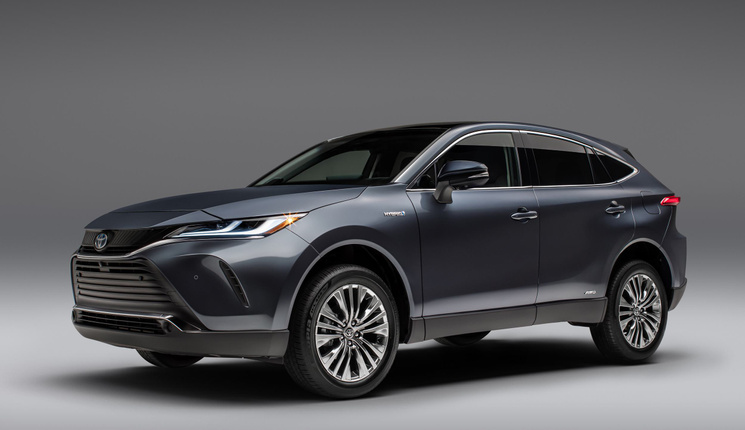 Dodge Charger EV confirms up to 670 hp, with an even more powerful version coming

Dodge showed off the Charger Daytona SRT Concept, once again, with some changes and extra information for its upcoming electric muscle car. Dodge is now telling us there will be three different battery power levels along with Dodge Direct Connection performance upgrades. The basic 400-v car will offer either 456 hp or 590 hp, and Direct Connection will let you upgrade the first to 495 or 535 and the second to 630 hp or a whopping 670 hp. The third main output level will be the 800-v system called Banshee and Dodge isn't ready to reveal the goods on that one yet. Also new for the concept are carbon fibre concept wheels wearing 305-wide drag radials. The Daytona SRT Concept's electric "exhaust" note will be focus grouped at the SEMA show to help Dodge tune the electric car's new sound. 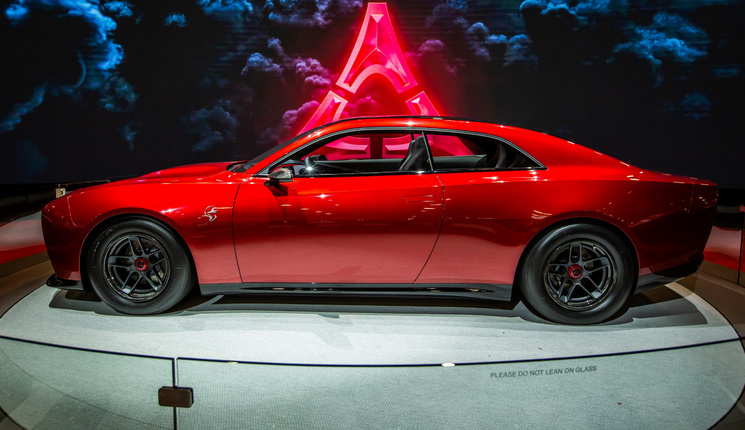 Cadillac is working on making the charging experience easier for buyers of the 2023 Lyriq by offering to cover home charger installation or give buyers public charging credits. The program is called Charged by Cadillac and it will cover the cost of "standard installation," arranged through Qmerit. Buyers will need to take delivery by the end of 2022 and will need to buy the GM 11.5 kW Ultium PowerUp L2 charging station to be installed. Buyers who already have or can't have a charger can instead get $750 in charging credits for use on the FLO charge network. This means access to more than 65,000 plugs across North America. Of course, taking delivery of the luxury EV by end of year may be the hard part for potential buyers. 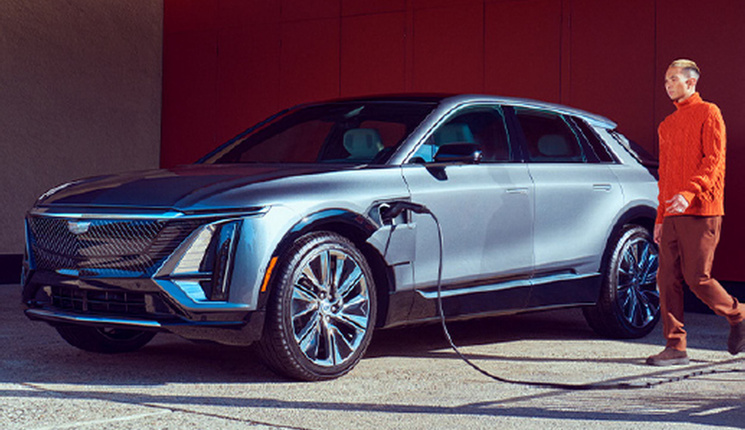 Ford showed off a new off-road version of the Transit van. The 2023 Ford Transit Trail is a van that's ready for off-road vanlife right from the factory. It comes with a 3.5-inch lift as well as all-wheel drive and wears beefy Goodyear Wrangler Workhorse all-terrain tires. Hefty fender flares protect the bodywork and add some serious attitude, and a Raptor-like grille with marker lights ups the Trail's style factor even more. The Transit Trail gets the 310 hp 3.5-litre EcoBoost V6 and can tow up to 6,500 lb thanks to a heavy-duty trailer package. Inside, upfitter switches, an optional roof fan, and special areas designed and marked for you to drill make it easy to install cabinets and other camping necessities. Ford Canada hasn't confirmed the version of the van for here, but we can't imagine it not being a hot seller for both adventurers and those working in tough rural conditions. 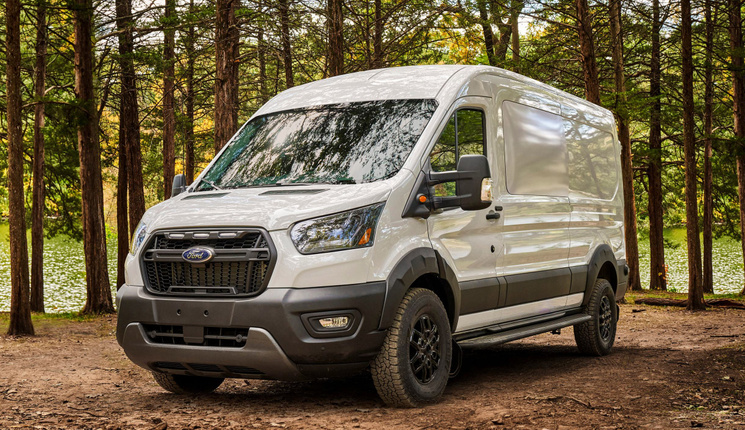