Want to Buy a Rocketship?

The Ariel Atom is a British-built flyweight that's about the closest thing you can get to a formula car.

It’s the kind of car you see on TV and in games, but you’ve probably never seen one on the road. In fact, you might not ever see one on the road. But here’s a chance to buy one. It’s an almost-open-wheel ultra pared-down sports car that, unlike many cars that make the same claim, is truly track ready. It’s a 2009 Ariel Atom 3.

The Ariel Atom is a British-built flyweight that’s about the closest thing you can get to a formula car. And in the UK, at least, it’s street legal. Something about cars built in a shed and the British countryside go together like gin and tonic, so ultra low production cars like this one can pass without all of the requirements of something more mass-produced.

An Atom is almost as much a work of art as it is a car. Just look at that tube-frame chassis with as few pieces as possible to make sure it weighs almost nothing. The car was designed by a student at Coventry University with input and funding from automaker TWR and British Steel helping make sure everything worked right.

And right it did. The suspension was tuned with help from engineers at Lotus. There are inboard race-car style pushrod-actuated coilover springs and shocks at all four corners. The standard shocks are adjustable, as is ride height through the adjustable perches. 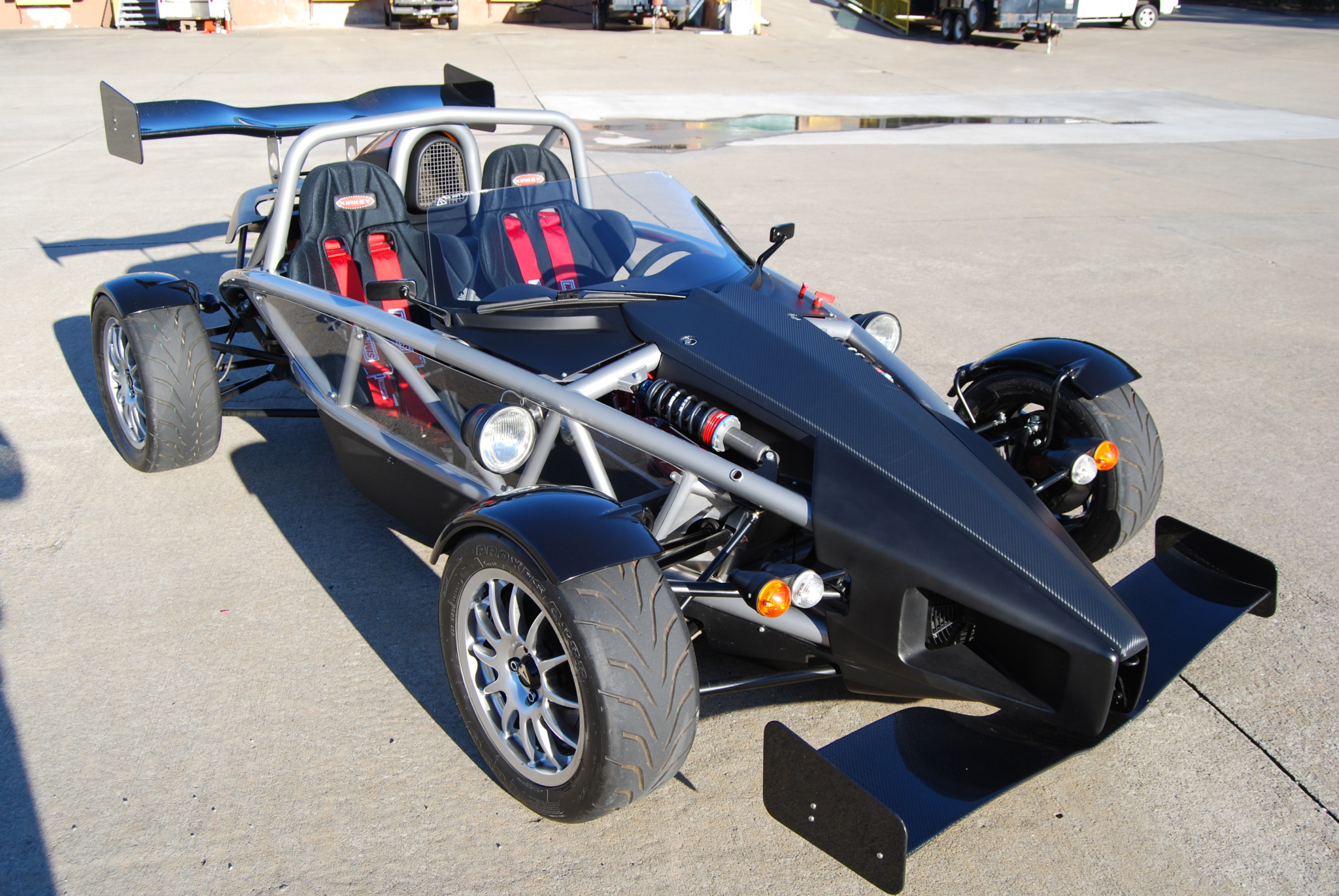 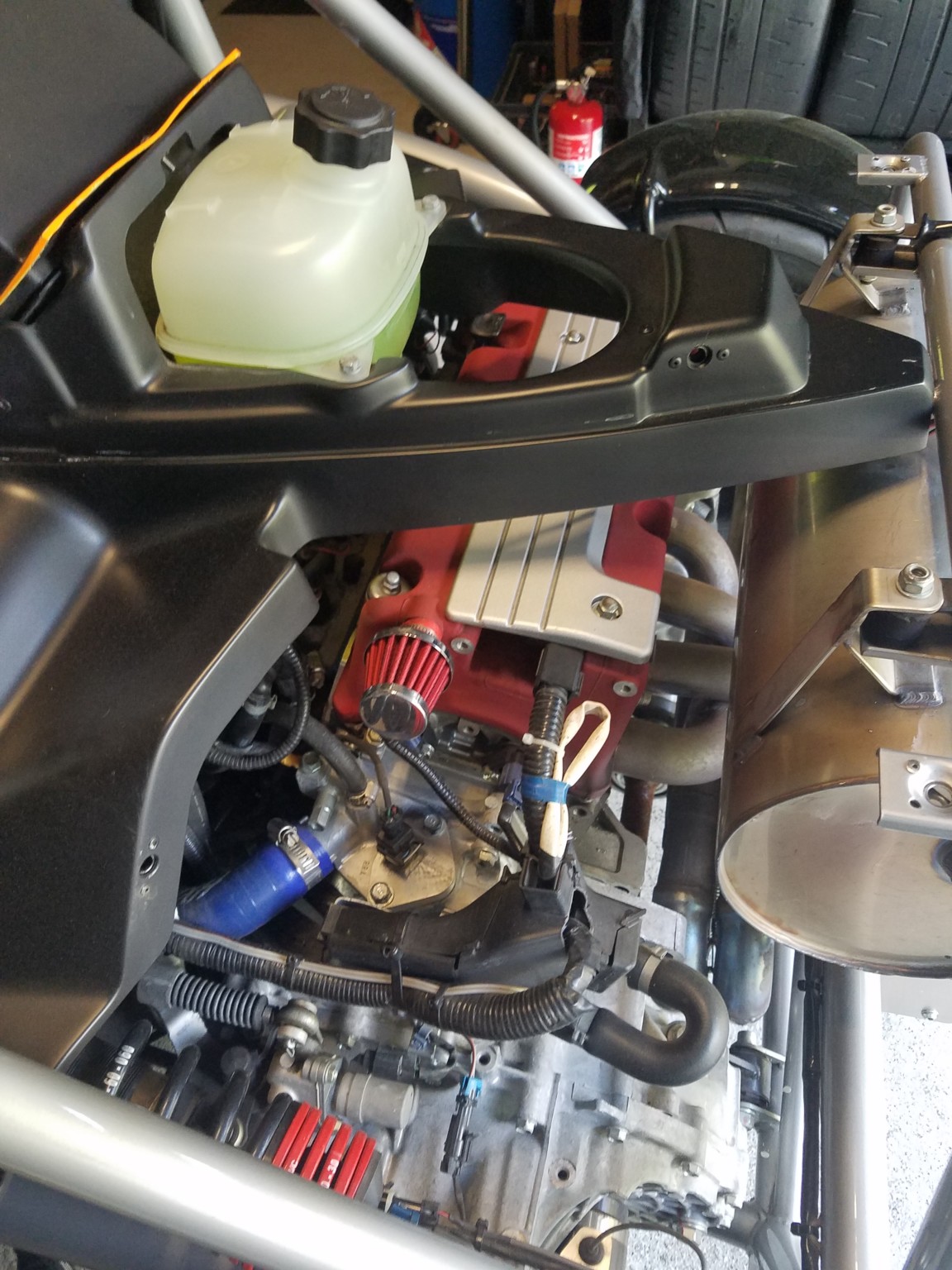 Powering the Atom isn’t the typical small Ford four that cars like this used when this one was developed. The Atom 3 got engines from Honda. In this case, it’s a K20A, which is a 2.0L four-cylinder block used in cars like the Japanese Civic Type R and the Civic Si. In this case, it’s been fitted with a supercharger that brings power to 300 hp.

This is a race car first and foremost, at least in North America, since despite being built under license by TMI in Virginia, this is regarded as a kit car or similar in many places.

But what a track car. Kirkey aluminum race seats pare pounds and offer a minimum of long-term comfort. There’s a fire suppression system, a removable steering wheel, and it doesn’t even have a key. There is an immobilizer, though.

That doesn’t mean that you can’t register it for the road. Just that it might be tough. After all, it has headlights, signals, and even mirrors. And yes, those Toyo R888 tires are 100-percent intended for trackday use, though they’re still technically roadworthy. We’ll leave that part up to you. We just want you to know what you could be in for. A sub-700 kg monster of a sports car with 300 hp is a rocketship that might be limited to your local road course but it won’t mind one bit. They don’t turn up often, but this one has four days left on Bring a Trailer. 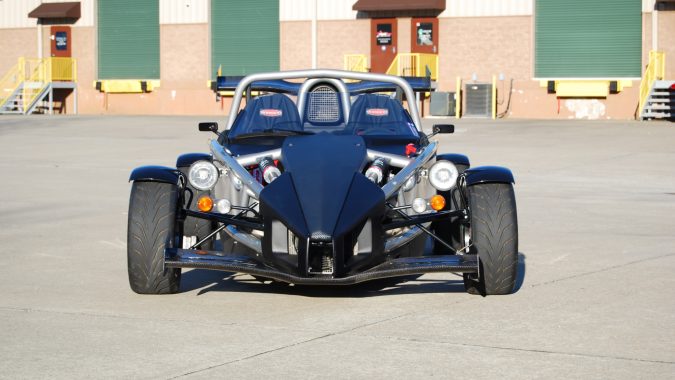 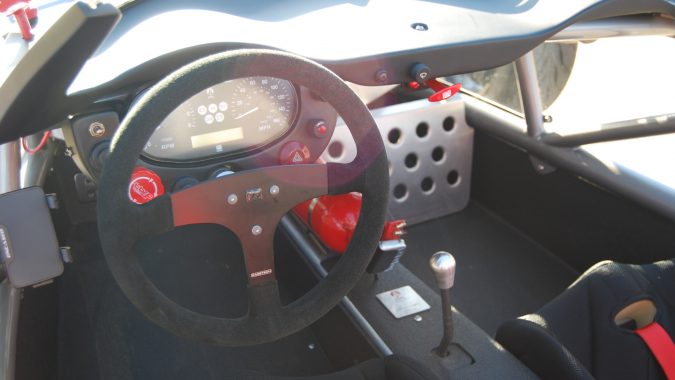 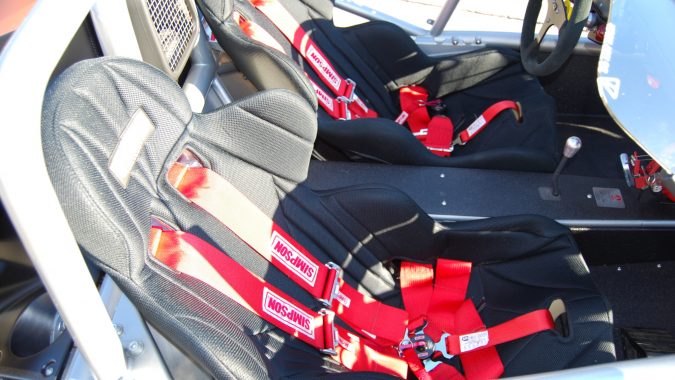 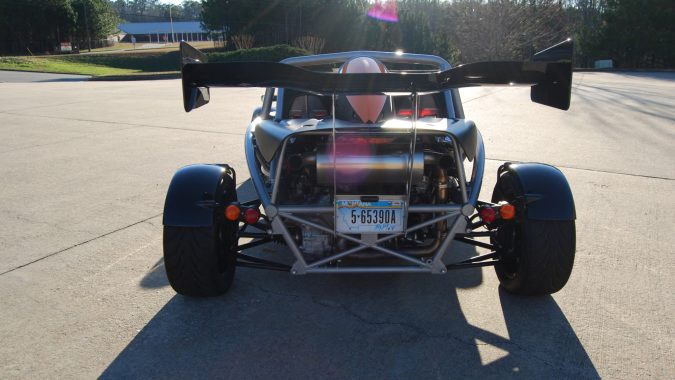