Want a Demon? Ralph Gilles Head of Design at FCA is Selling His

Sadly it's time to move on as I need to make room for another equally devilish project..

Any copy of the limited-run Dodge Challenger SRT Demon is a neat one, but some are a bit more special than others. Like this one, which belonged to the head of design for Fiat Chrysler Automobiles.

If you’re not already familiar with the Demon, it’s the 808 hp monster version of the Dodge Challenger. With a 6.2L supercharged V8 that can guzzle 100 octane race gas to bump power to 840 hp and then run a quarter-mile in under 10 seconds. With just about anyone behind the wheel, thanks to electronic driver aids like launch control, the available drag radials, and the ability to use the AC system to cool the intercooler between drag strip runs. Production was limited to just 3,300 for the U.S. and Canada, with the cars getting snatched up especially quickly.

With everyone with the budget wanting one, these cars were hard to get. It’s a little easier, though, if you’re one of the most senior execs in the building like Ralph Gilles. Gilles, who grew up in Montreal, is the head of design for FCA, and previously served as president and CEO of the SRT brand. This car isn’t one of his design credits, but he is responsible for the first-gen Chrysler 300, and the Demon was designed under his watch.

Which is probably why he was able to get VIN 004 of the limited-run car. 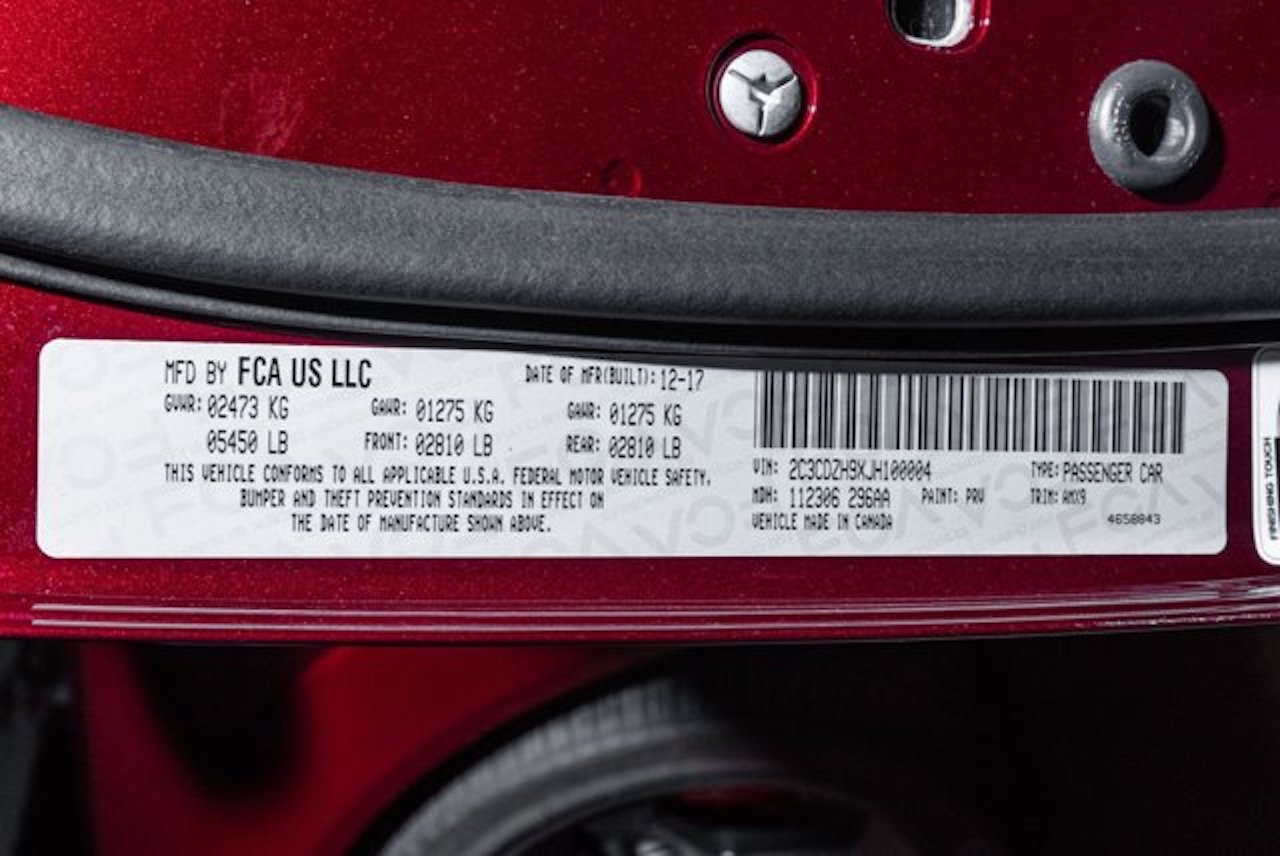 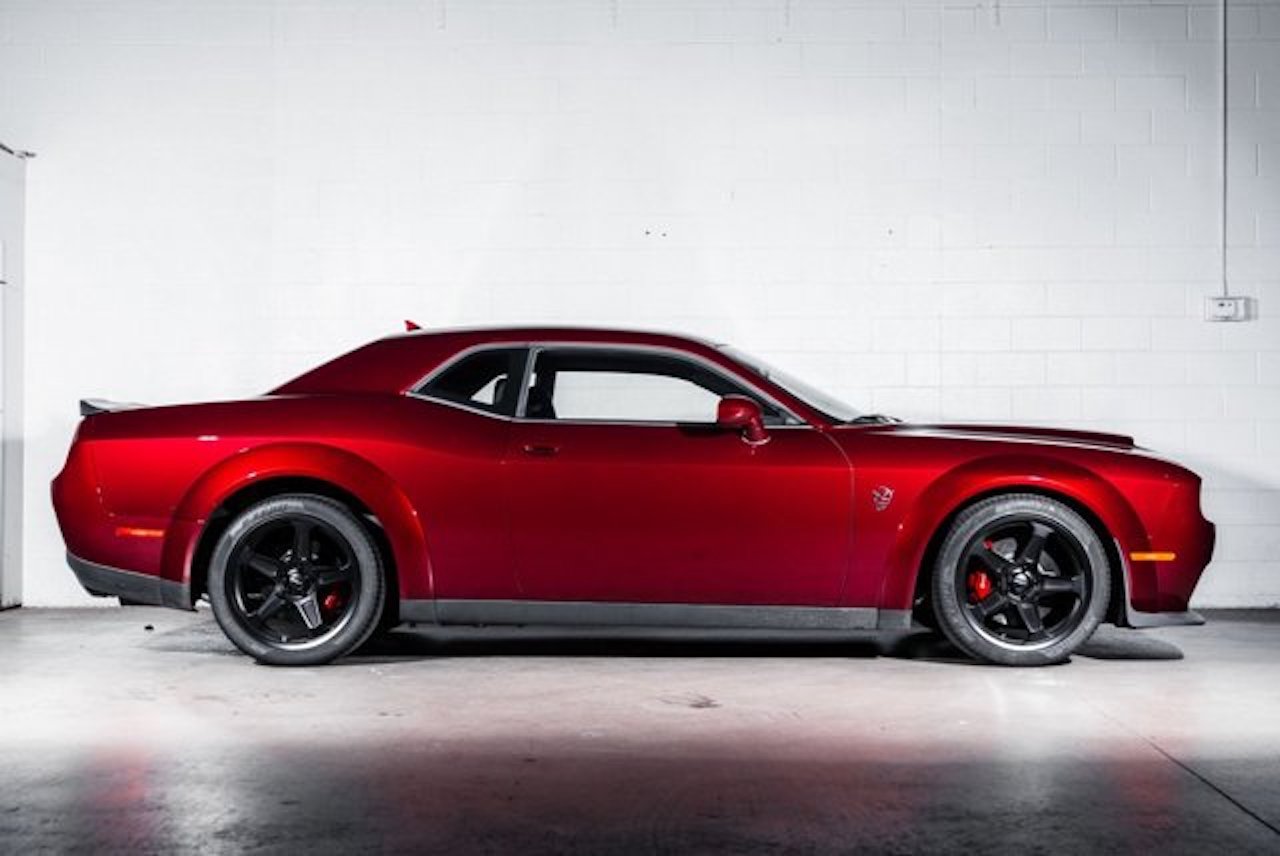 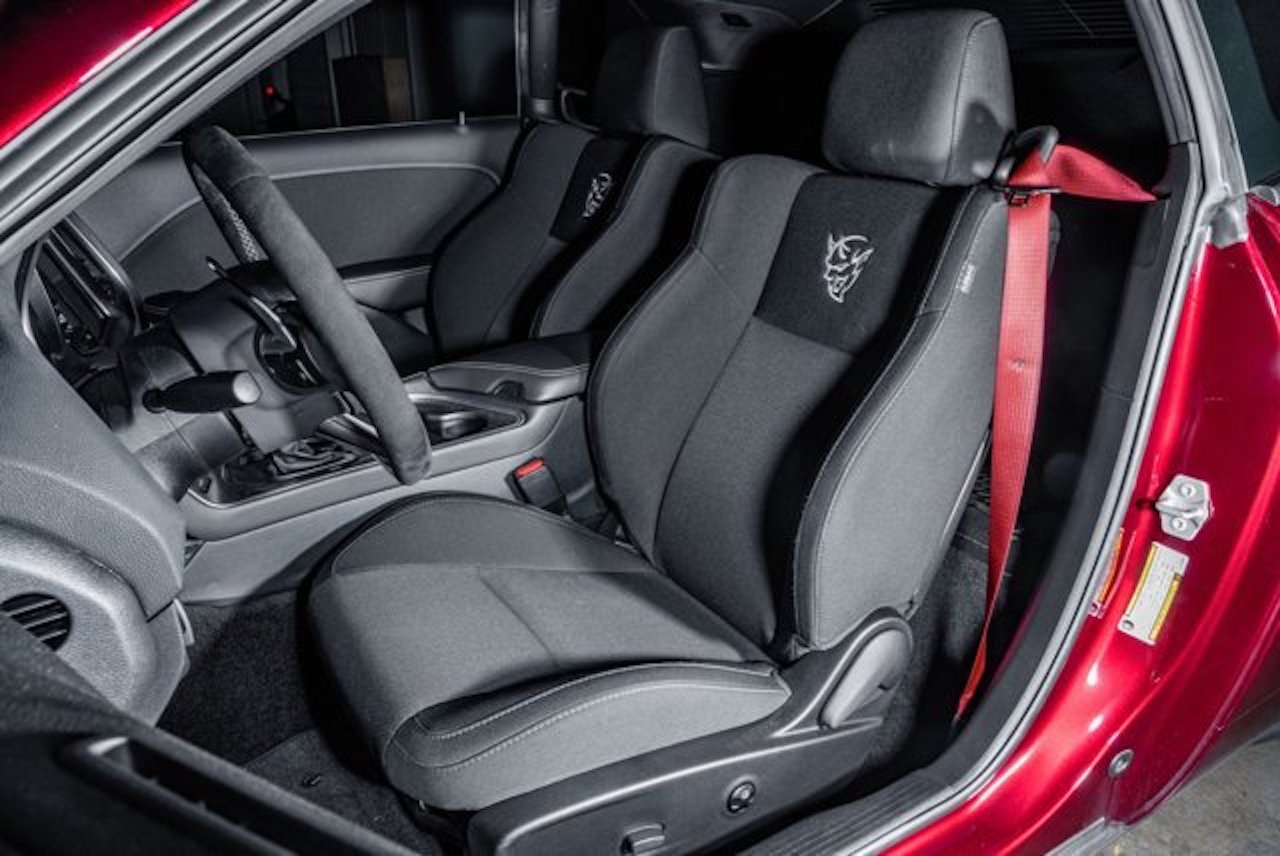 Gilles’ car is for sale at a dealership near Detroit, with just about 1,600 km on the odometer. And no, those miles weren’t accumulated 0.25 at a time, Gilles said on Instagram that the car had never seen the drag strip. Which is, sadly, probably very common amongst Demon owners. The car is finished in Octane Red, a colour that’s subtle for the Demon, but still stands out. And since he’s head of design, we’d say it’s probably the best to show off the car’s looks. The car has the optional passenger seat, but it looks to have skipped the rear seat option. That weight-saver puts a cargo net and some carpet in place of the rear bench.

So what makes you get rid of your Demon when you know what’s in the pipeline at FCA? “Sadly it’s time to move on as I need to make room for another equally devilish project…” Gilles posted. Which makes us wonder what exactly SRT has in store this time. 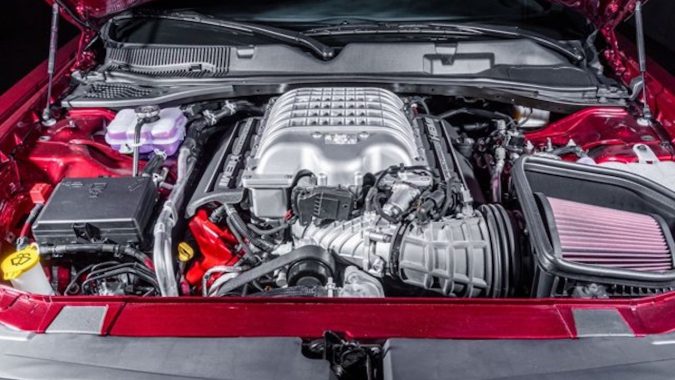 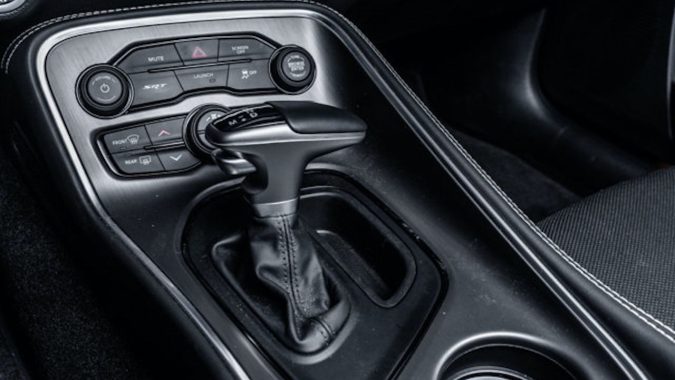 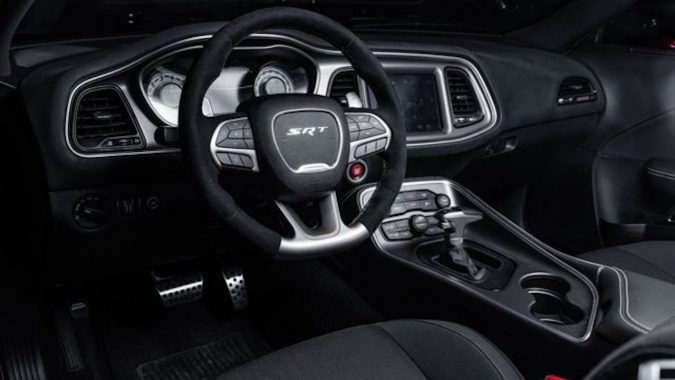 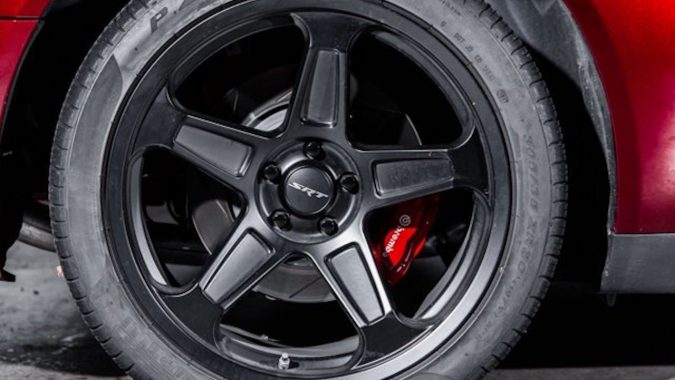 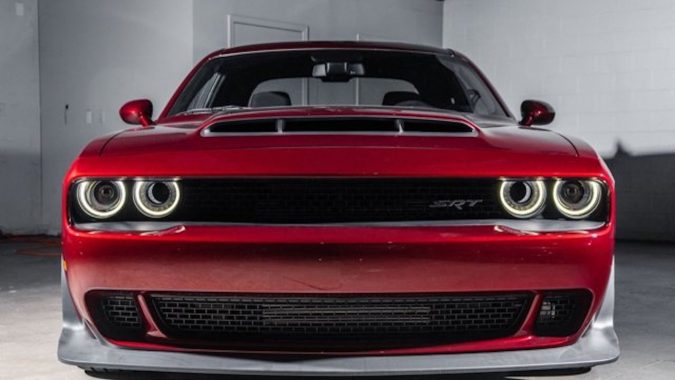 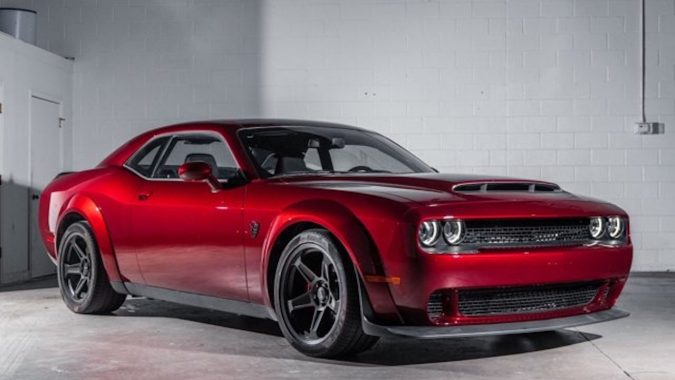 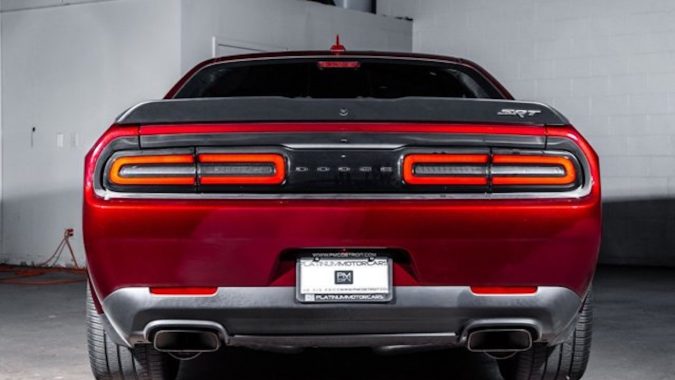 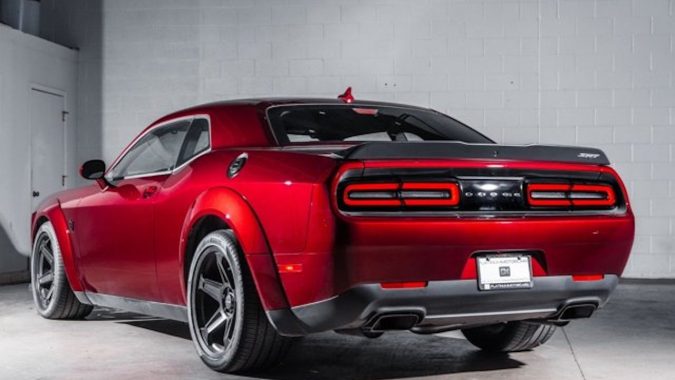 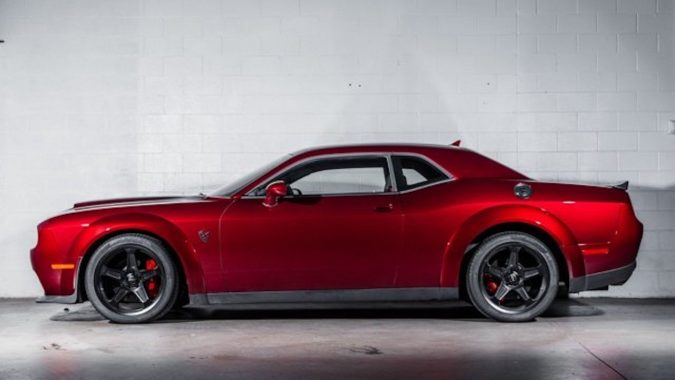