Volkswagen Commercial Vehicles has unveiled the e-BULLI as a concept vehicle – a 1966 classic with 2020 electric drive.

Join the Conversation (0)
Volkswagen Commercial Vehicles (VWCV) is presenting for the first time the e-BULLI, an all-electric vehicle that produces zero emissions on the road.

Equipped with the drive system components of the latest Volkswagen electric vehicles, the concept vehicle is based on a T1 Samba Bus produced in 1966 and comprehensively restored. The stage for the world premiere was to have been Techno Classica 2020.

As it has been postponed, VWCV is now presenting it virtually. An important message for all fans of the Bulli and of electric mobility: the combination of high-end classic and high-tech electric vehicle will be available to buy for real.

VWCV partner eClassics is planning to offer T1 conversions and T1 complete vehicles in the style of the new e-BULLI. 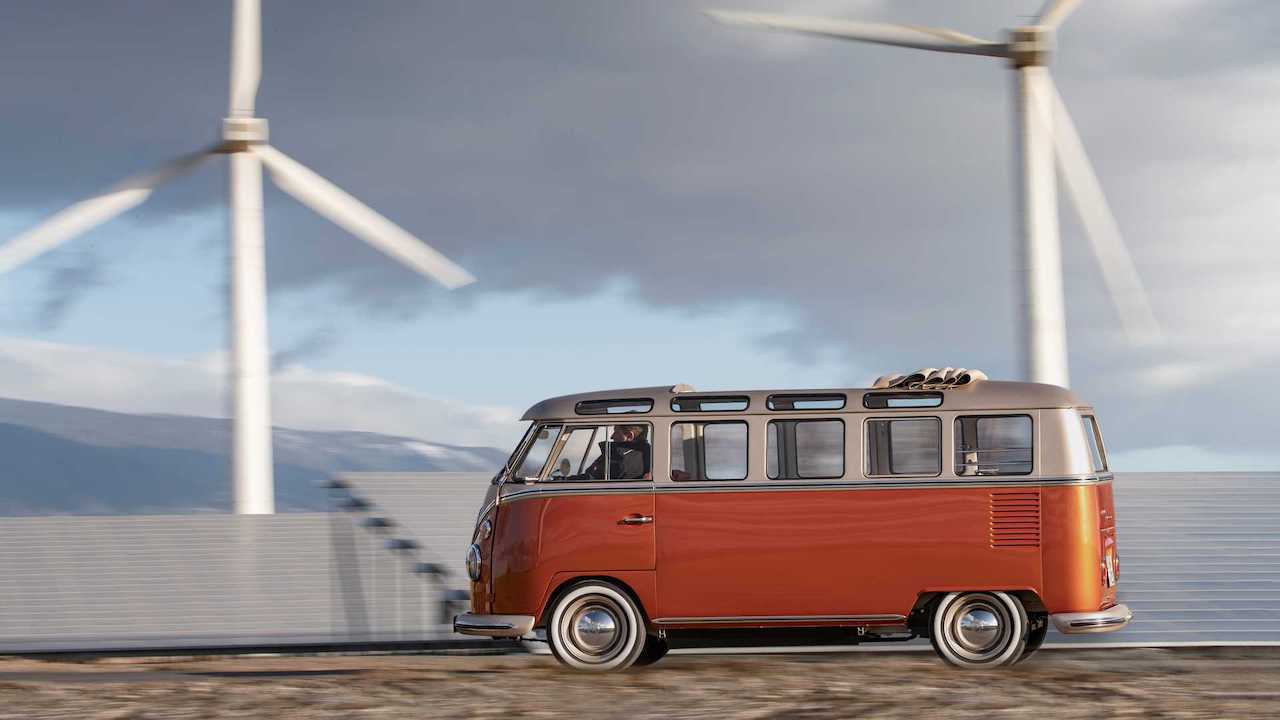 It started with the seemingly audacious idea of switching an historic Bulli over to a drive system producing zero emissions on the road in order to bring it in line with the challenges of a new era.

To this end VWCV engineers and designers formed a team along with drive system experts from Volkswagen Group Components and the eClassics company, which specializes in electric car conversions.

As the basis for the future e-BULLI the team chose a T1 Samba Bus produced in Hannover in 1966, which prior to its conversion spent half a century on the roads of California. 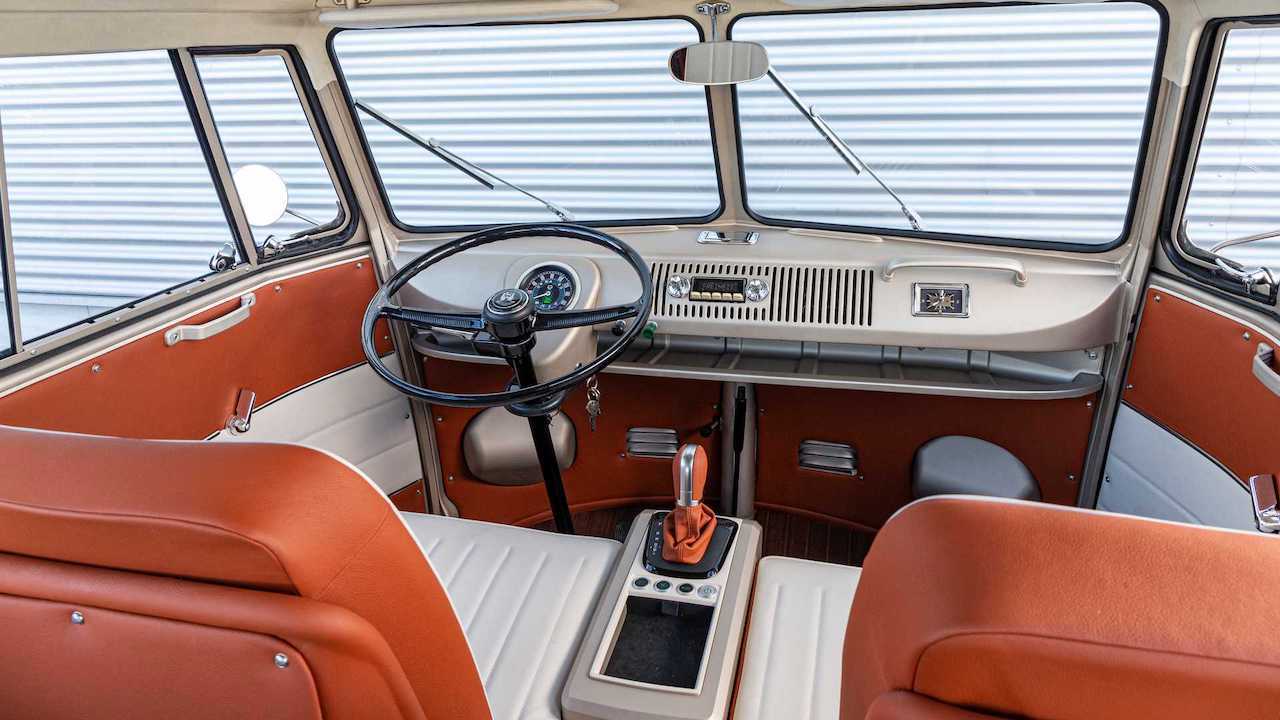 With maximum torque of 156 lb/ft, the new drive provides more than twice the force of the original T1 engine from 1966.

Power transmission is by means of a one-speed gearbox.

The drive system is coupled with the gear lever, which is now positioned between driver and front passenger seat. The automatic transmission's selector settings (P, R, N, D, B) are shown next to the lever.

In position B the driver can vary the degree of recuperation, i.e. of energy recovery when braking. The e-BULLI reaches a top speed of 130 km/h (electronically limited).