The record-setters on display aren’t going to be the brand’s newest to set high marks. Like the land speed record (for its class) holding Jetta, or the ID.R that made it to the top of Pikes Peak in astonishing time.

Instead, it’ll be classics at the Techno Classica Essen, in Essen, Germany. Starting with the W12. That concept was built in 1997 and was one of the first to be seen with the W12. The Nardo version used a 591 hp version of that engine that made 458 lb-ft of torque. It was used to attempt a 24-hour top speed record at the Nardo Ring. Originally Fiat’s test track, the 12.5-km round track has heavily banked turns. The W12 Nardo ran 7,740 km in 24 hours, giving it an average speed of 322.89 km/h. 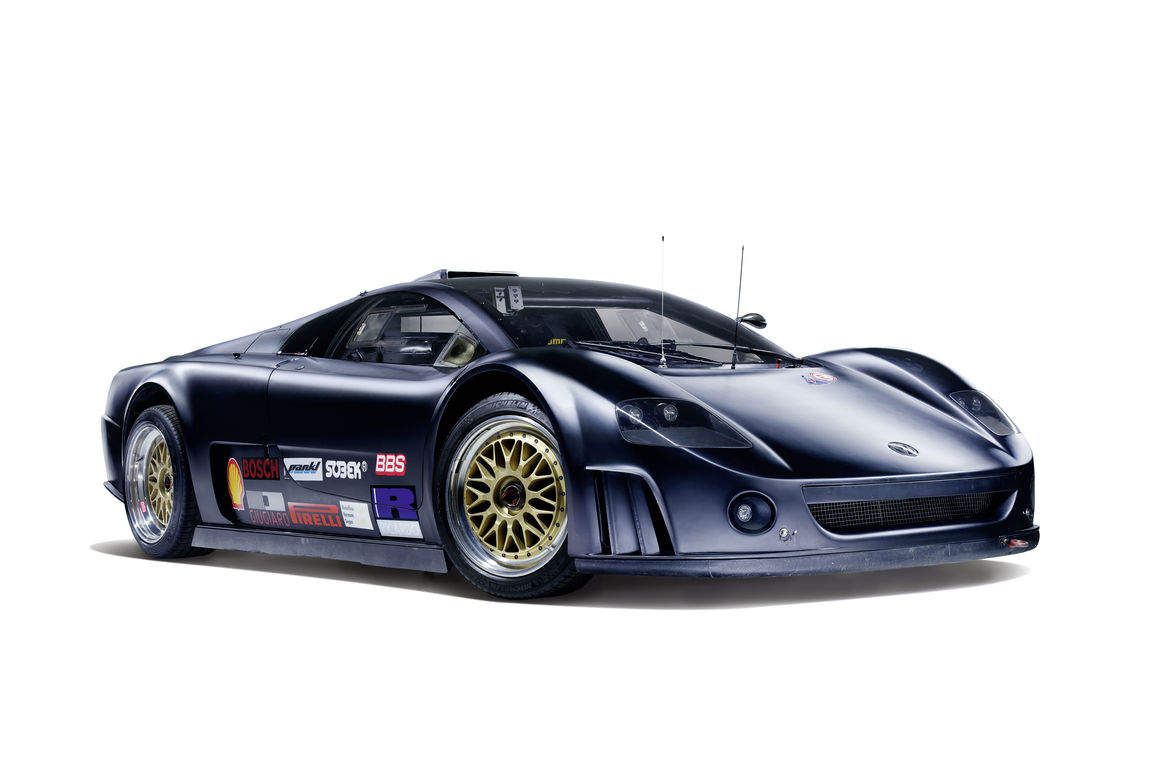 The next is a little more humble. Called the Lupo 3L TDI 80 Days, two cars set out to drive around the world while using the least amount of fuel possible. Starting with a Three-Litre Lupo, named for the 3.0L/100 km that the car’s 1.2L three-cylinder diesel could achieve. The cars drove 33,333 km around the globe using just 792L of diesel. 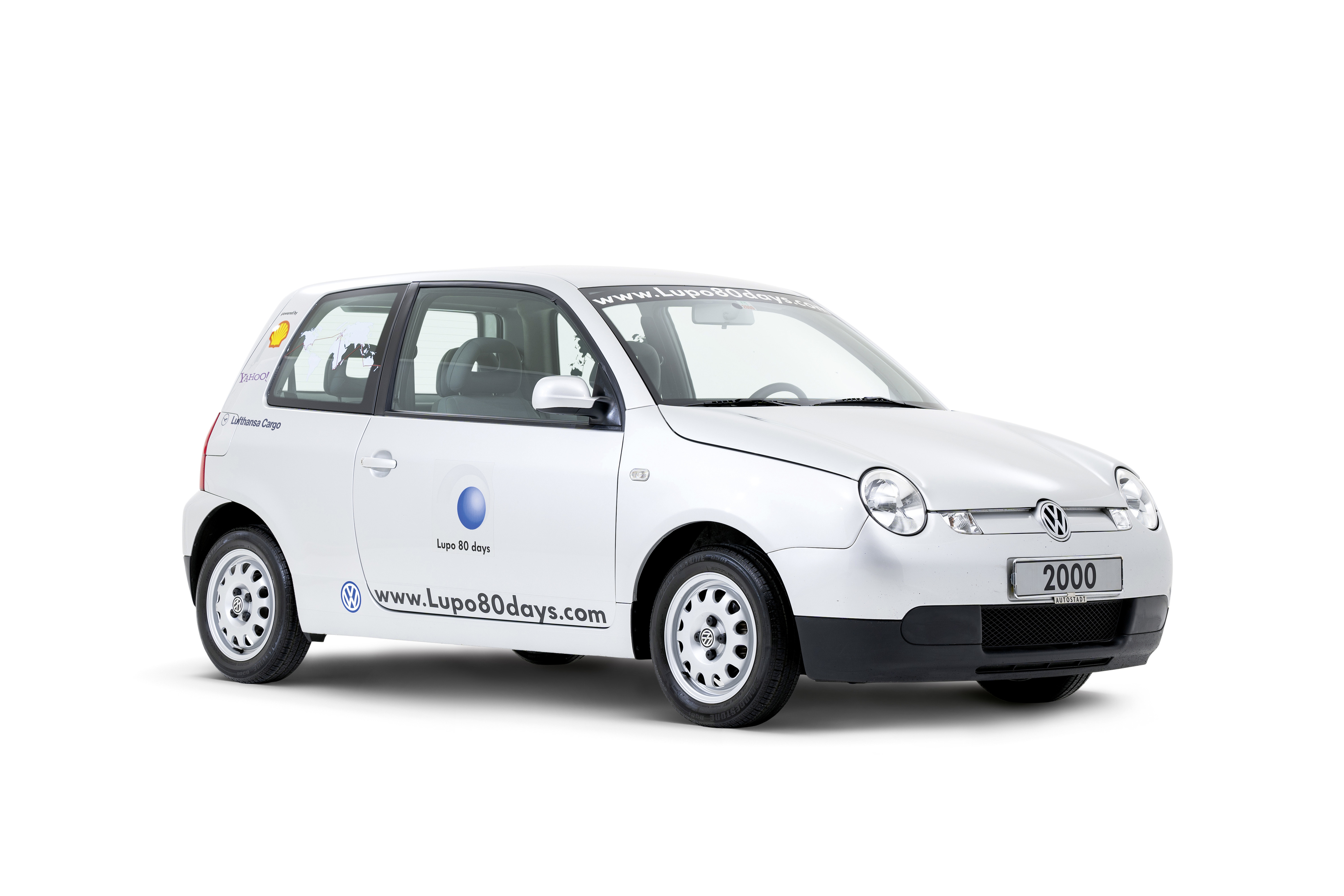 Next up, a 1988 Corrado G60. The car, using the 1.8L supercharged G60 engine that produced 220 hp, set six class records at VW’s Ehra-Lessien test track. A three-wheel prototype built in 1982 that made just 0.272 hp is the thriftiest of all. The SMVW (Shell Marathon VW) managed an astonishing 1,491 Km on a single litre of diesel. 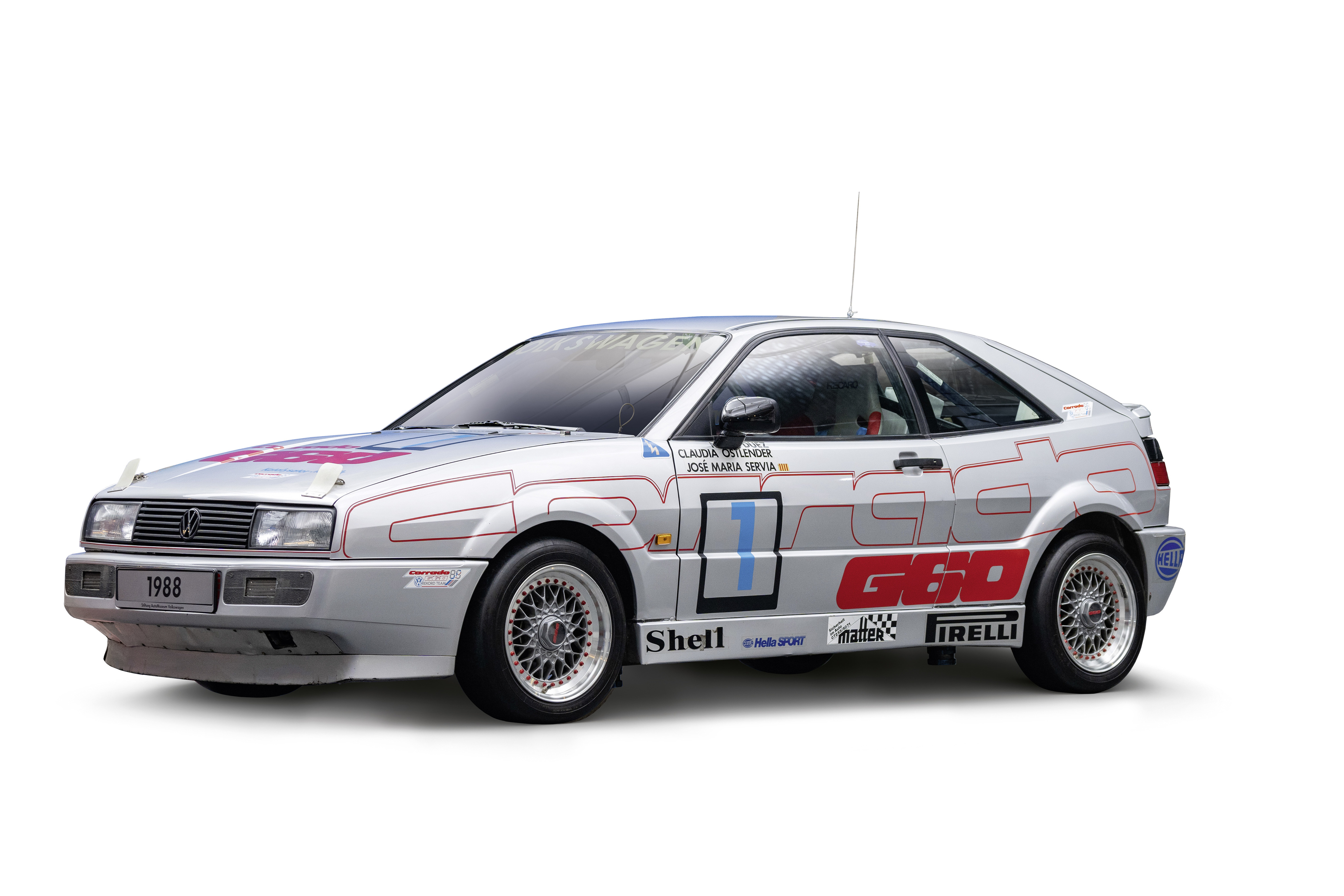 There’s a 1974 Golf that is one of the first Golfs ever built It drove 30,517 km travelling from Alaska to Tierra del Fuego, which VW says “is probably the longest test drive by a new model.” 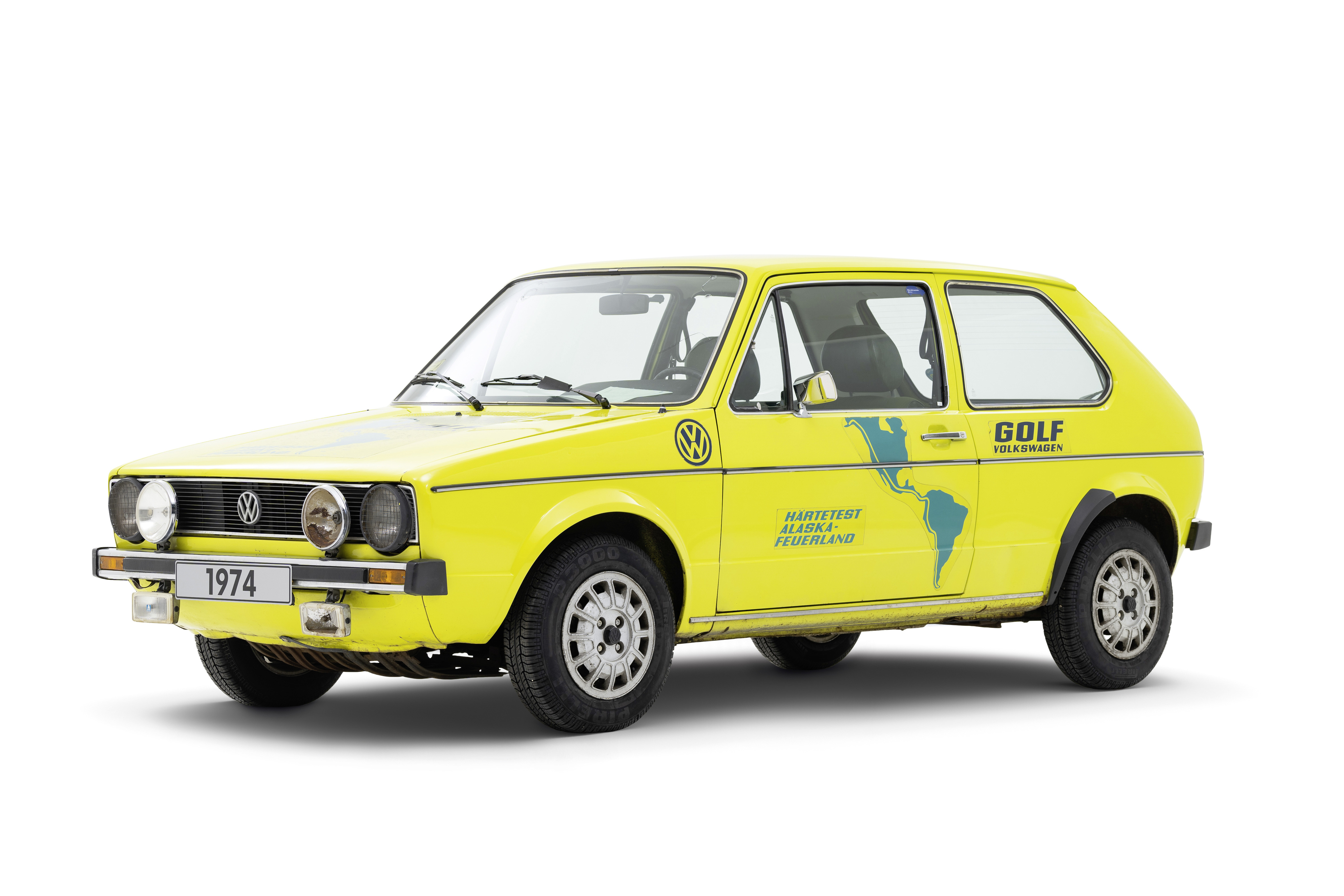 Finally, a 1972 Beetle 1302 S World Champion model, a car built to mark the Beetle becoming the most-built car in the world. 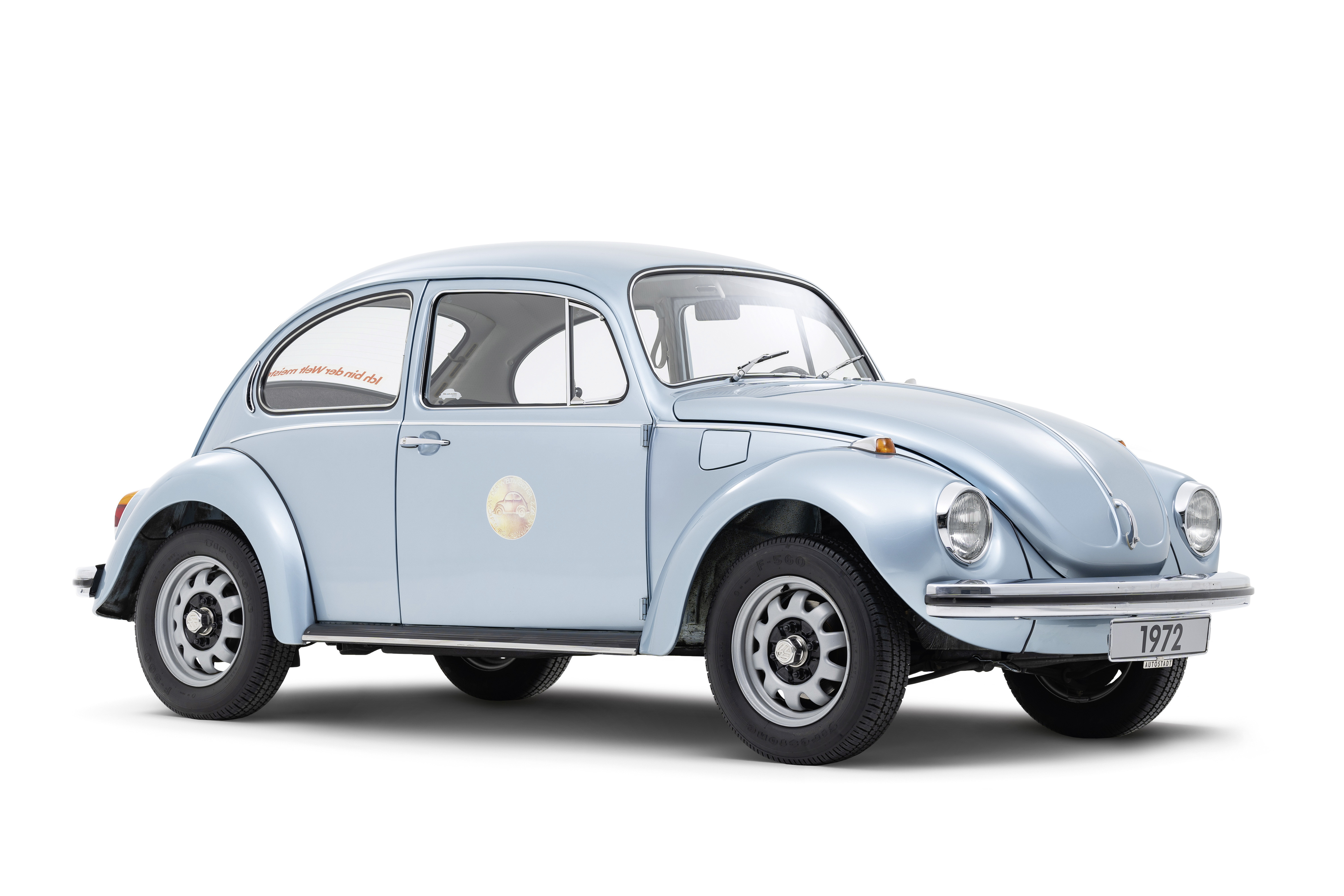 Along with those, Volkswagen will show a Karmann Cabriolet from 1949. The very first year that Volkswagen built a convertible Beetle. Beside that car will be a 1950 Hebmüller Cabriolet. One of only 696 cars built. The 1949 car is a gorgeous two-tone with beige interior. 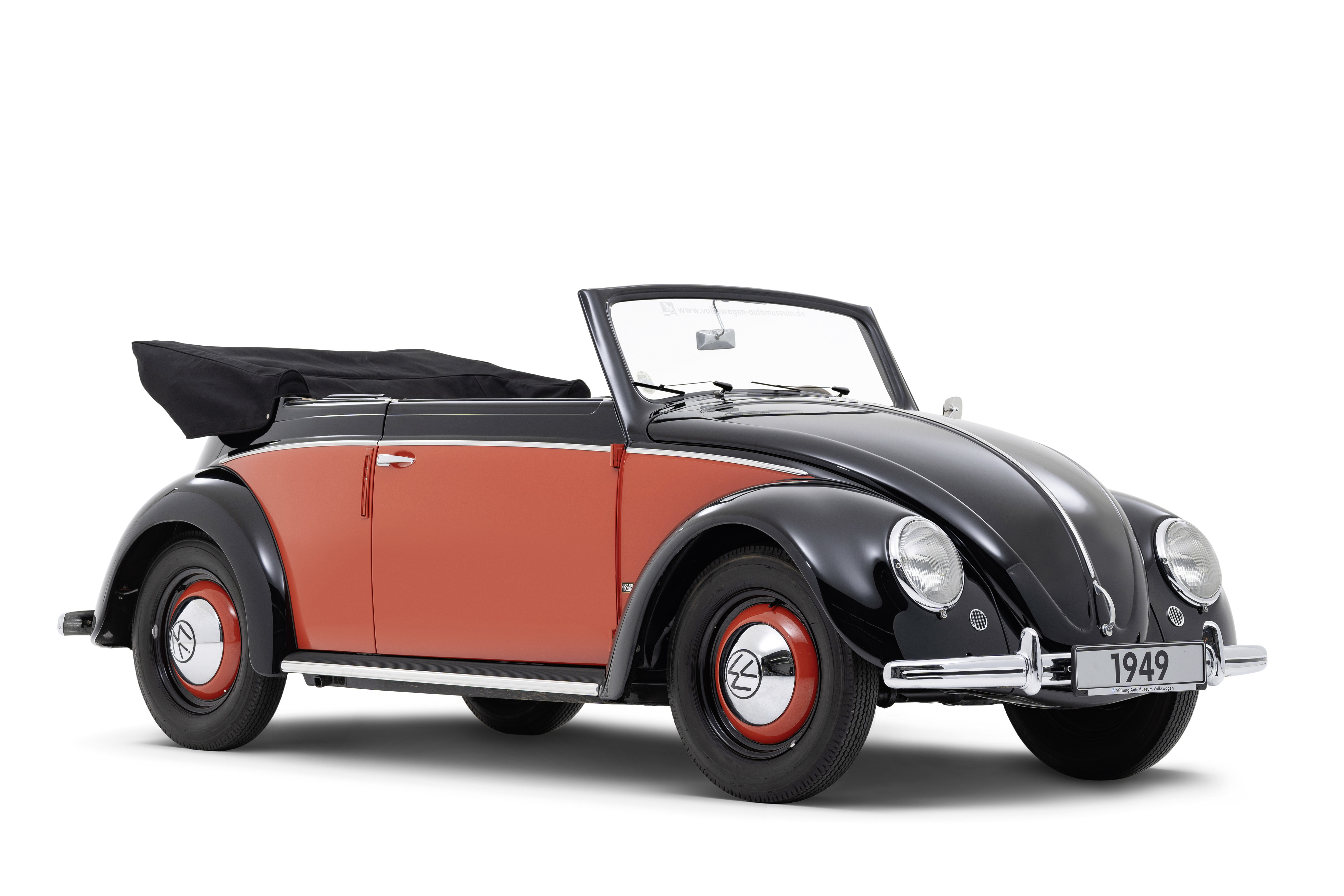 The Essen show runs this weekend and last year saw close to 200,000 visitors. 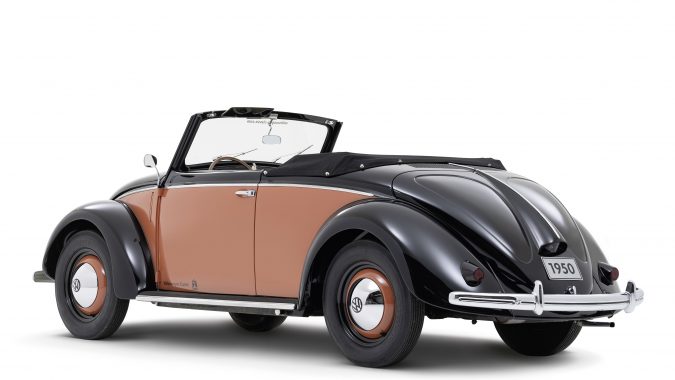 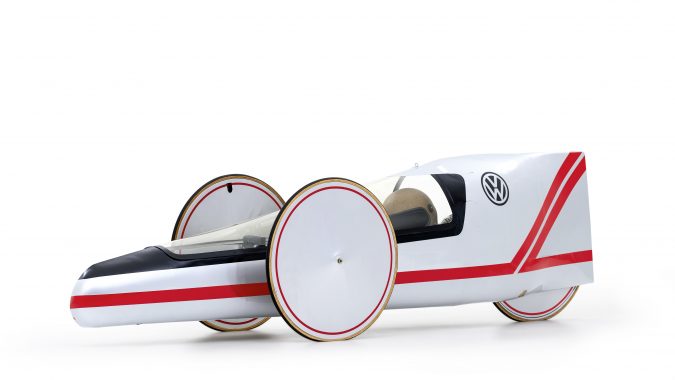