ID. R destroys the previous electric record time, by a whopping 40 and a half seconds.

Join the Conversation (0)
Volkswagen is on a mission to show that electric doesn't mean slow. And the ID. R is the tip of the VW spear when it comes to lap times. And now it's broken another record. Absolutely smashing the existing EV record on the Nurburgring in Germany.

The 20.8 km and approximately eight million corners (154 to be more precise) of the Nordschleife loop of the Nurburgring is the bar by which modern performance cars live and die. The racetrack turned toll road turned hot lap competition is a gruelling test for a car. And because it's so long, what could be just seconds on a shorter course look like minutes on the 'Ring.

"The Nordschleife of the Nürburgring is not only the world’s most demanding race track, it is also the ultimate test for production vehicles,” says Herbert Diess, VW Group board chair.

In the last year, the ID. R and the Volkswagen Motorsport team have set two track records. The first was shattering the record time for any vehicle, electric or not, at the Pikes Peak International Hillclimb last June. Then, the car set a fastest EV time up the Goodwood Festival of Speed's hill.

Now, with Romain Dumas, the car has conquered the 'Ring. With the four-time winner of the Nurburgring 24-hours behind the wheel, the car has set a time of 6:05.336 minutes. That destroys the previous electric record time, set by a 1,341 hp NIO EP9, by a whopping 40 and a half seconds. 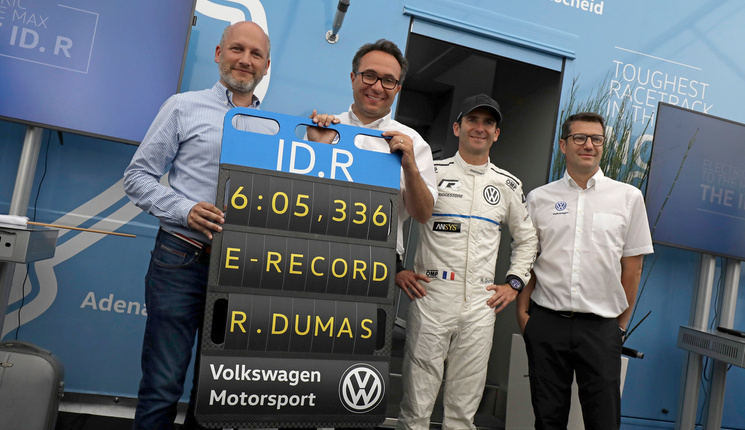 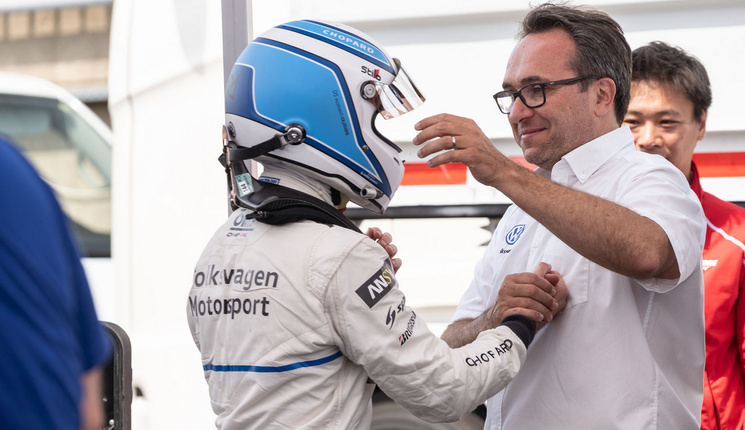 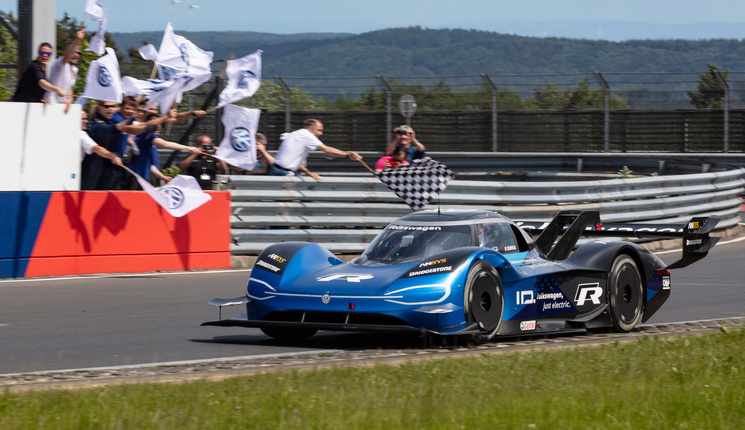 “To be a record-holder on the Nordschleife makes me unbelievably proud,” says Dumas. “For me, this is the best and most difficult race track in the world. I want to thank the team at Volkswagen Motorsport, who have once again done a fantastic job. The ID.R was perfectly prepared for the Nordschleife and it was so much fun to experience the blistering acceleration and rapid cornering speeds.”

That lap time makes it the second-quickest lap of the track of all time. 40 seconds quicker than the fastest production car, the Lamborghini Aventador LP770-4 SVJ, and being beaten only by a Porsche 919. A modified version of the LeMans prototype racer, powered by a 710 hp gas engine and a 434 hp electric motor running as a hybrid.

The team said that for the 'Ring, they completely reimagined the aero package of the ID. R. Gone was the massive wing needed for the high-altitude hillclimb in favour of smaller aerofoils and a Formula 1-style drag-reducing moveable rear wing to let the 680 PS electric racer hit higher speeds and a 206.96 km/h lap average.

No word on which track the ID. R and Dumas will torment next.