The latest from Volkswagen is the answer to a question we’re not sure anybody was asking. Though maybe there are some people asking it since Nissan did almost the same thing eight years ago with the Murano Cross Cabriolet.

It’s the T-Roc Cabriolet. The open-top version of Volkswagen’s T-Roc subcompact crossover. That’s right, another convertible SUV. The T-Roc isn’t a model you’re likely to see here, though. It’s a tiny crossover, slotting in with the likes of the Honda HR-V and the Mazda CX-3 in Europe.

The Cabriolet takes that tiny crossover and chops the top. Volkswagen first teased the idea way back in 2017, and actually confirmed that it had gotten a production green light in early 2018. But, frankly, we didn’t expect to really see it. Especially as VW made the quick pivot to go all-out on EVs.

“Accept no roof!” shouts VW. Though even they don’t expect you to accept no roof all of the time. Because of course the T-Roc Cabriolet comes with one. 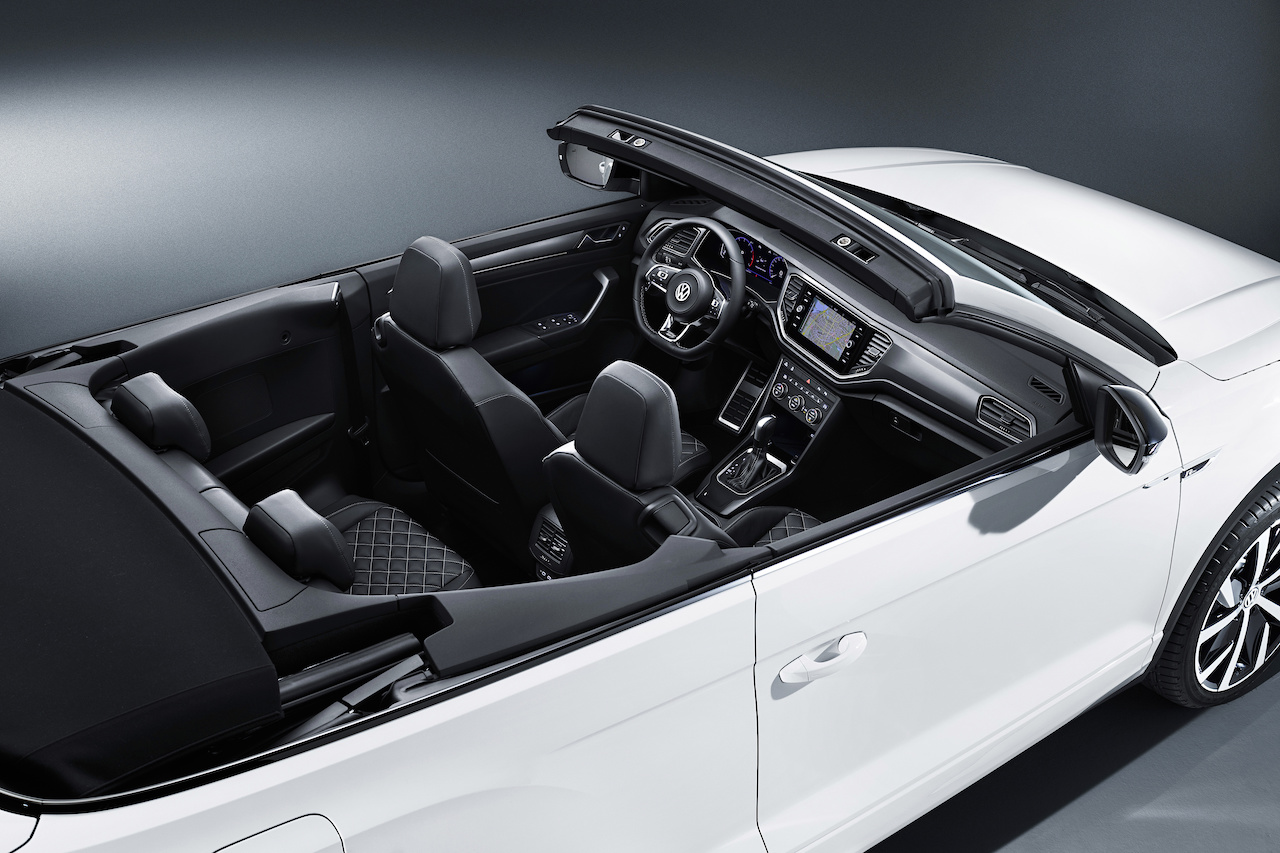 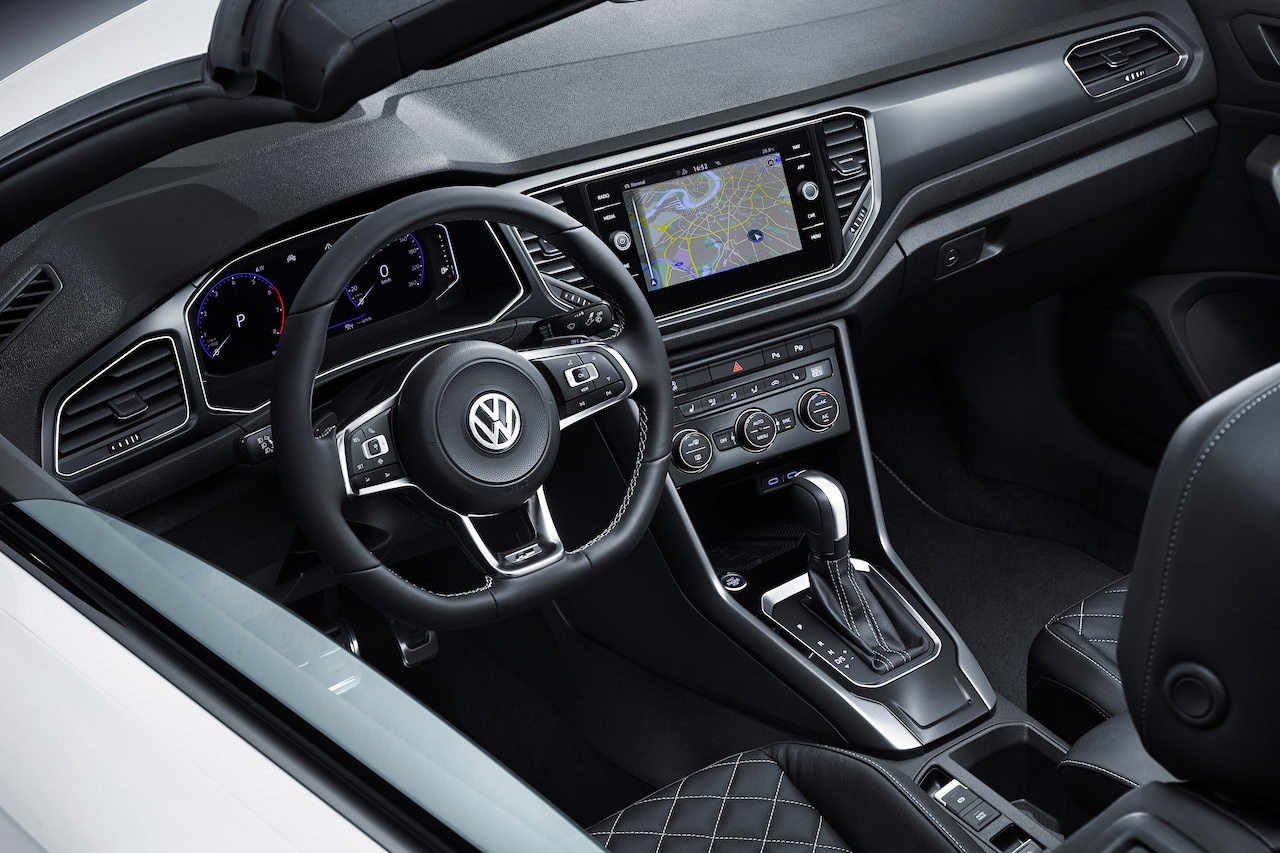 It’s a fabric roof, which Volkswagen says so cringingly is “following the tradition of the Beetle and the Golf.” We can’t imagine anyone looking at a classic Beetle cabrio and picturing this, though. The top comes down in just nine seconds, and it can do it on the move at speeds up to 30 km/h.

If you’re worried about off-road or rollover protection, the T-Roc Cabrio gets roll-over hoops behind the rear seats that are fired into place if excess tilt is detected. Volkswagen has also reinforced the windshield frame and made some other structural changes to firm everything up for safety. 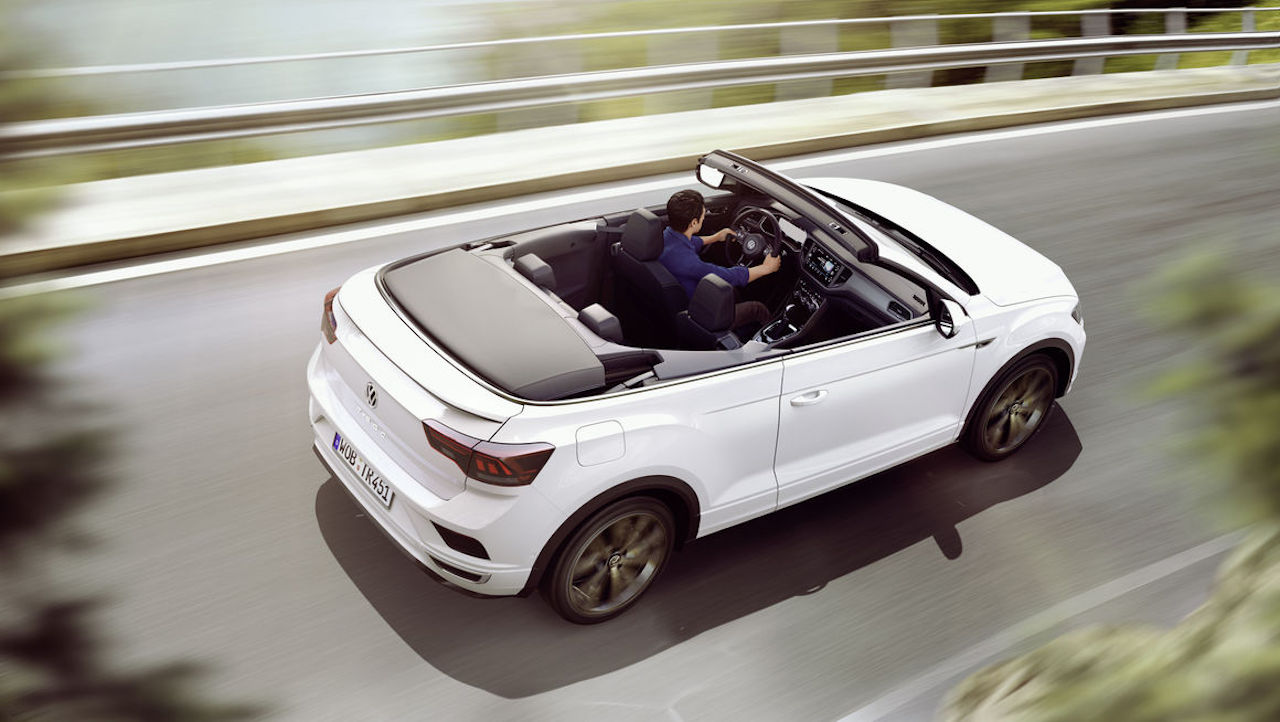 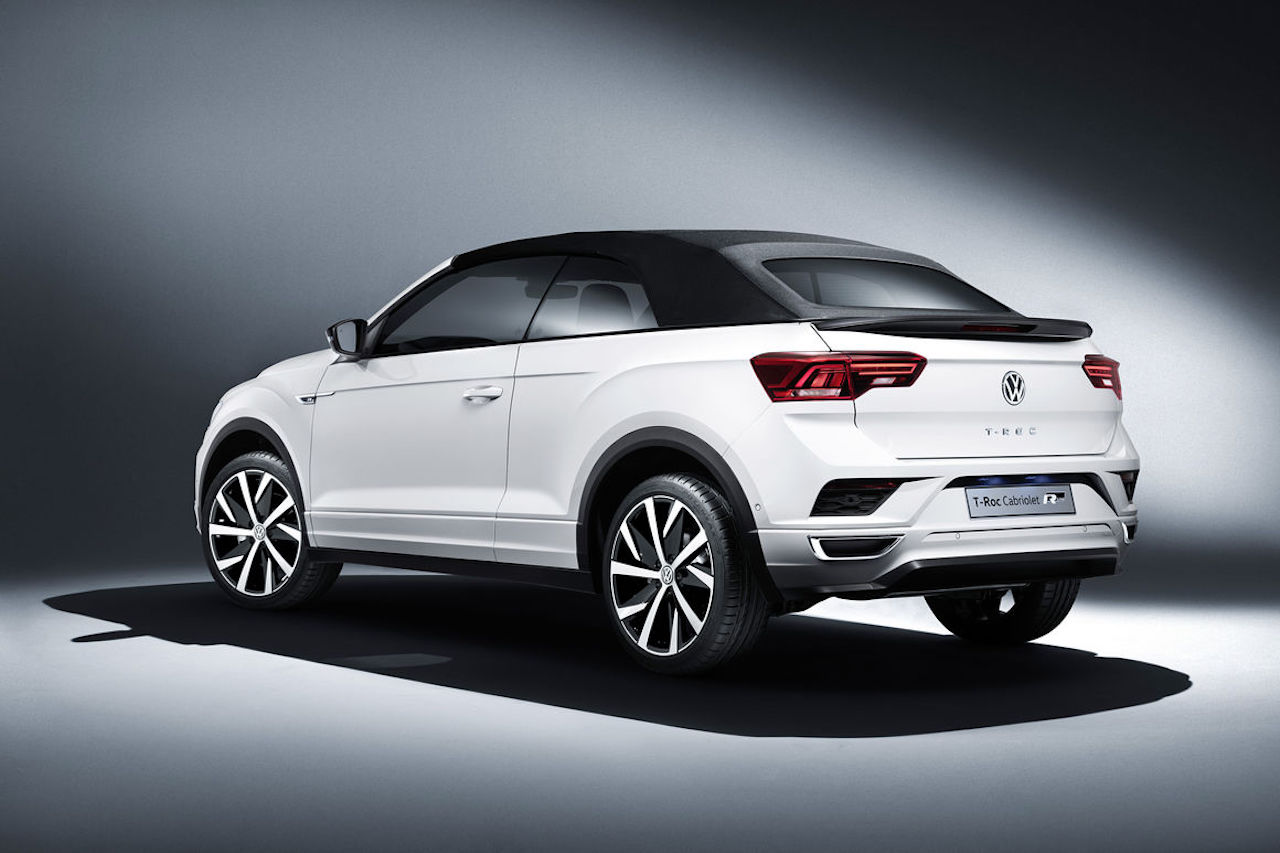 The T-Roc Cabrio will come in Style and R-Line trims. It’s not clear what the Style trim will bring to the table, other than “a focus on design and original flair.” The R-Line gets special trim along with fog lights. But the also has “sports-tuned running gear” and a progressive rate steering rack with speed-variable assist.

The T-Roc Cabrio isn’t likely to come to Canada, especially with the roofed T-Roc not coming here, so it gets some powertrain choices unfamiliar to Canadian buyers. Instead of the nine powertrain options the T-Roc gets, there are just two engines here. A 1.0L three-cylinder with 115 hp and a 1.5L four with 150. The bigger engine will get a seven-speed dual-clutch box or a six-speed stick.

Volkswagen is revealing the T-Roc at the Frankfurt auto show next month, with production set for the spring. 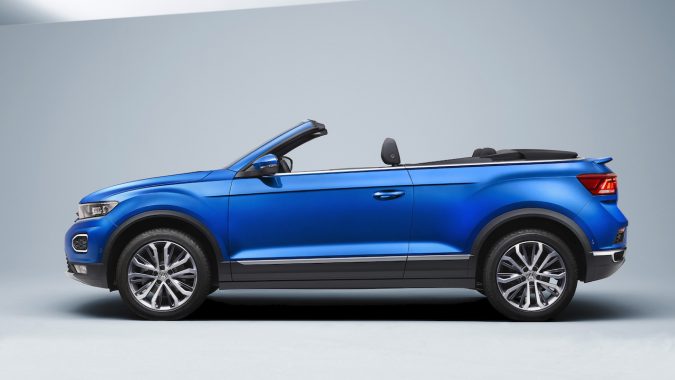 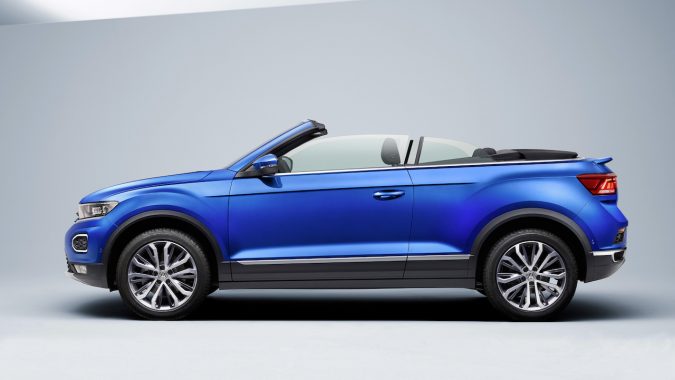 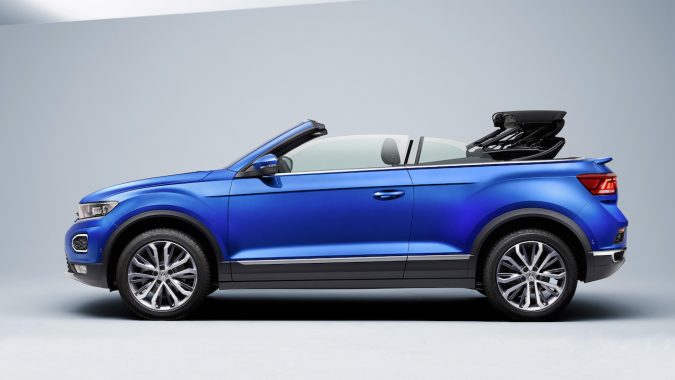 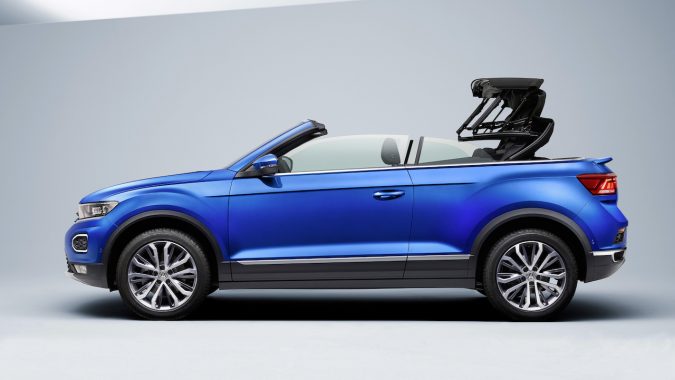 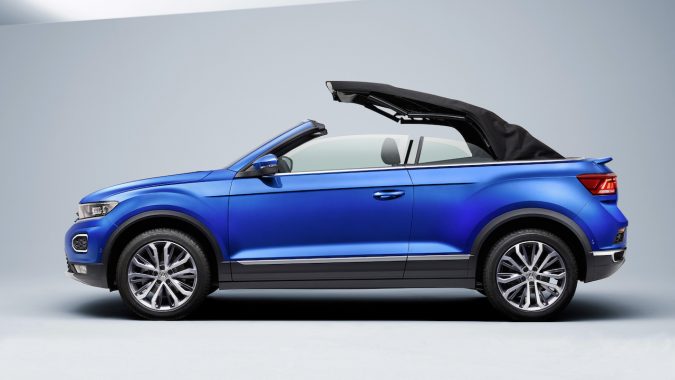 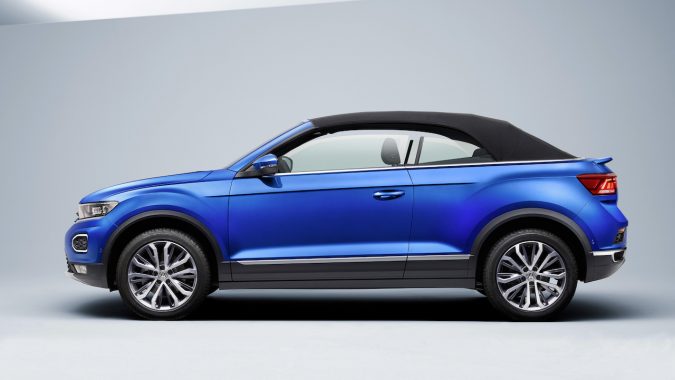