EX90 is the first Volvo to feature the hardware for full autonomous driving.

Join the Conversation (0)
Volvo has revealed its latest all-electric model. The Swedish automaker calls the EX90 "the start of a new era" for the brand, offering new levels of safety, a new interior design, and an electric range of up to 600 km for the seven-seat electric crossover.

The company says the Volvo EX90 is the start of a big electric vehicle push that will see the company reveal one new full electric each year. We would argue that has already started with the launch of the electric-only Volvo C40 but this is the first to ride on an exclusively electric platform. By 2030, it hopes to have nothing but EVs in the lineup, and Volvo wants to be climate-neutral by 2040 as a result. 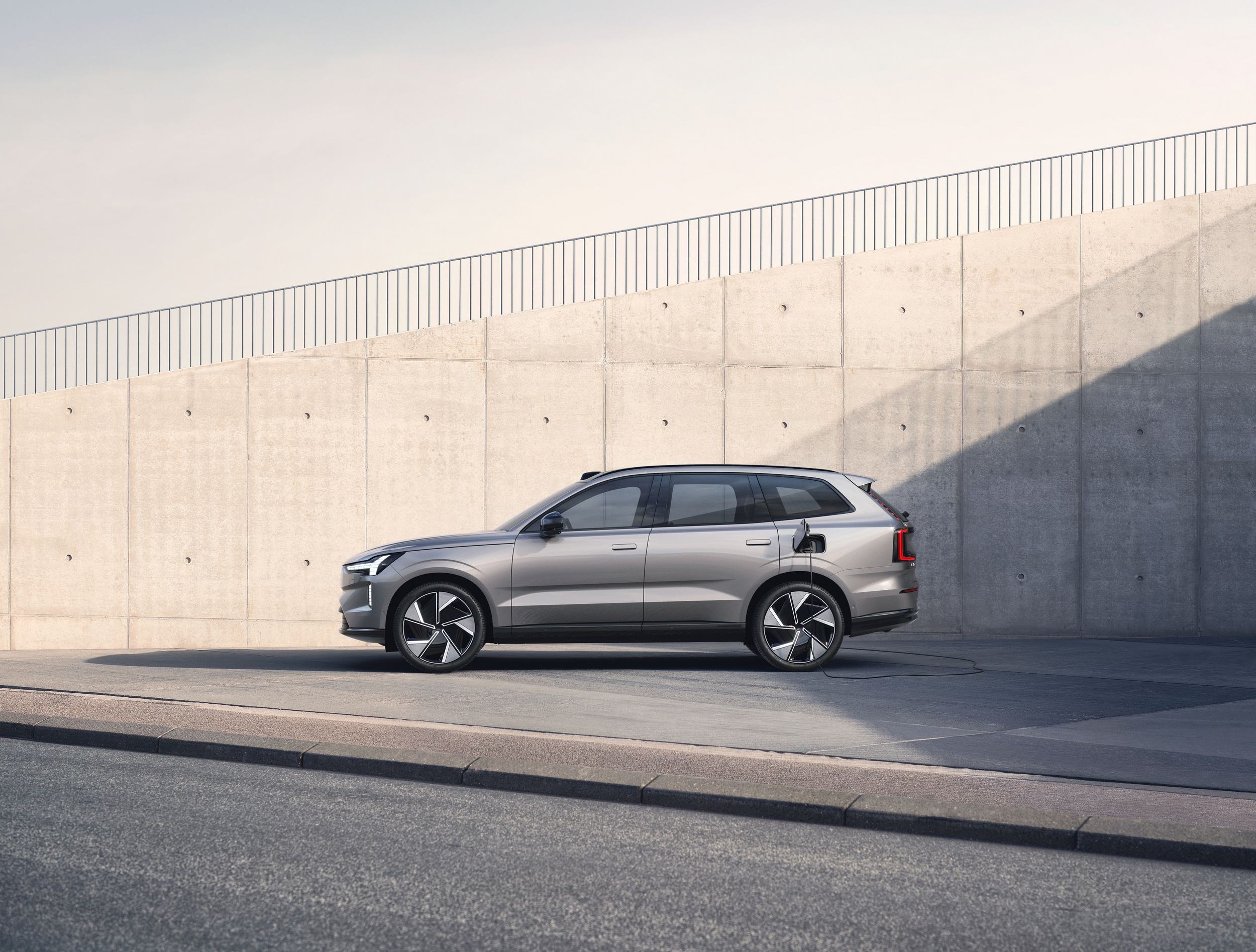 It's styled simply and elegantly, much like the rest of Volvo's current line. The EX90 has some traces of XC90 in the rear glass and roofline. It also wears the company's signature Thor's hammer running lights. Then there's that small pod on the roof that makes it look a bit like a minicab, but that pod has a big role to play in the EX90's suite of tech features.

Because Volvo has loaded the EX90 with its latest driver tech equipment. The pod houses some of the sensor array that includes cameras, radar, and even lidar sensors that are all linked to the vehicle's computer system. Thanks to Nvidia Drive software and hardware, the EX90 has a real-time 360-degree view of the world.

Volvo says the suite can see small objects hundreds of metres down the road, day or night and at highway speeds. For now, this will help with the performance of Pilot Assist highway driving assist and steering support when making lane changes. The EX90 will even monitor the driver, detecting a distracted or drowsy pilot it can come to a safe stop if a driver takes ill or falls asleep behind the wheel.

Of course, most importantly, Volvo says the sensor suite makes it the first Volvo to be "hardware-ready for unsupervised driving in the future." So autonomous driving, though Volvo doesn't pretend to know when software and the law will catch up to the hardware's capabilities. 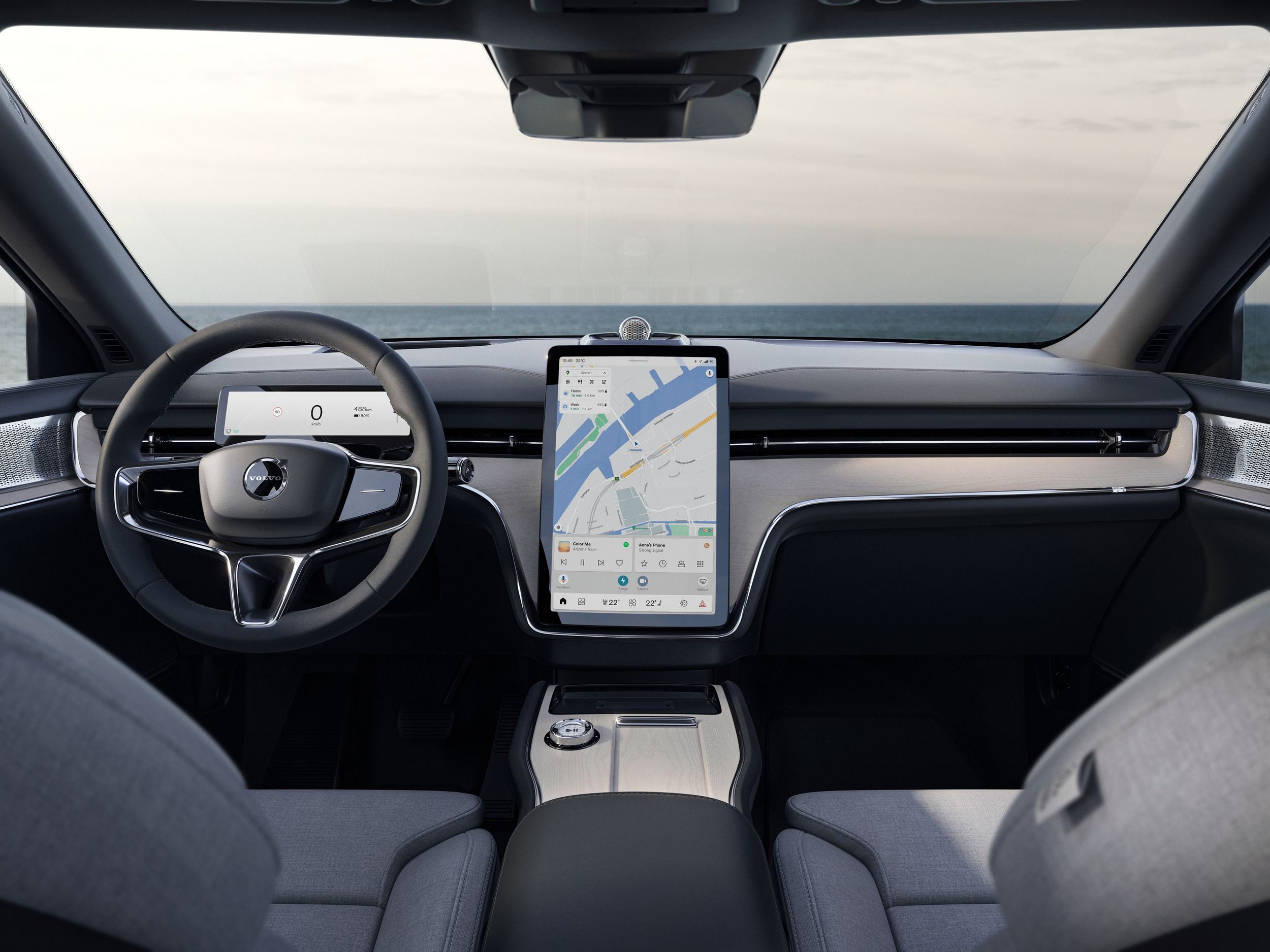 Volvo has moved toward a large central screen and a smaller dash display for the EX90. The 15-inch tall centre screen uses Google built-in so it has Google Maps navigation, Google Assistant, and other Google Play Store apps in a format that should be familiar to Android device users. It does still support wireless Apple CarPlay for users of those devices.

A 5G connection is standard for downloading apps and streaming music. The EX90 will have phone as key standard as well, letting you open and start your Volvo from your smartphone instead of needing a traditional key. 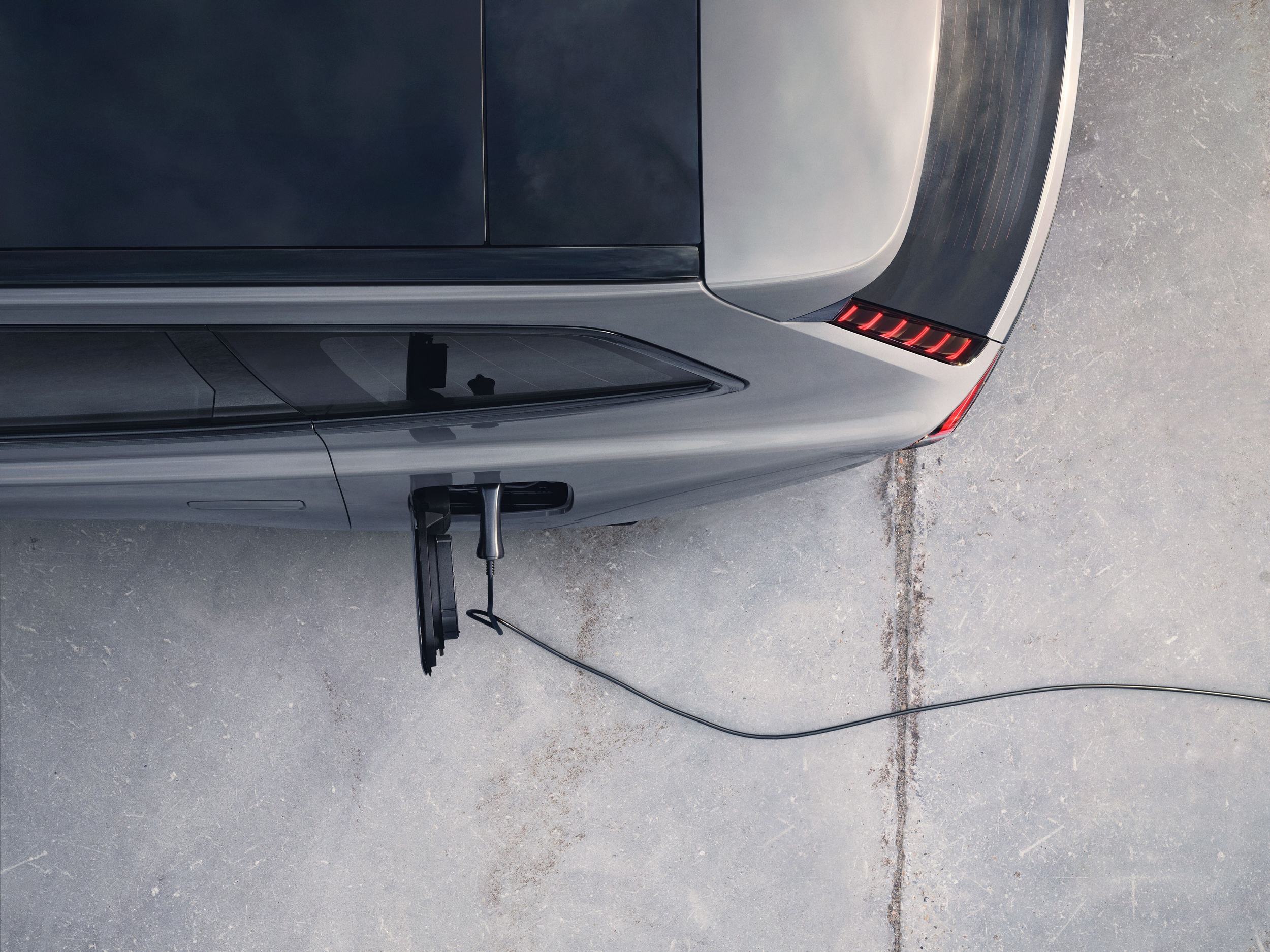 The launch version of the Volvo EX90 is a twin-motor system with a large 111 kWh battery and two electric motors that deliver 517 hp and 671 lb-ft of torque. Figures much higher than we'd expect from a Volvo. The company says that it can deliver up to 600 km of range (on the WLTP cycle) and that it can charge from 10 to 80 percent in under 30 minutes.

EX90 will be Volvo's first model to allow bi-directional charging, letting it provide power to your home. While it will be made available in various markets down the road, we don't expect the feature in Canada until our utilities and grid catch up.