Another auto show, another VW I.D. concept; once again, it’s the I.D. Buzz concept only this time, it’s the “Cargo” variant, which brings to mind the VW Type 2 panel vans of old – one of which shared the stage with the Cargo at the show. Like the passenger Bus, it’s powered either by one or two EV motors, meaning it can be either RWD or AWD, and it’s a full EV vehicle with a range of 240-300 miles, or about 386-480 km. It can also be charged via level III CHADeMO charging.

The difference is that while there are obviously more personal cars on North American roads than commercial ones, VW’s research shows that delivery vehicles make up 7% of all urban traffic, and 17% of all congestion costs due to wasted hours and fuel. The Buzz Cargo is here to try and provide some relief for that. Just imagine; instead of the mailman stopping and starting every block in an old, wheezy Grumann, they could be doing so in a fully-electric VW van lookalike.

“Between 2005 and 2015, the number of packages delivered (in the US) have more than doubled,” said Scott Keogh, president of Volkswagen Group of America. “Delivery vans are becoming more and more common as they cover the last few miles of home delivery, the part that makes online shopping truly work.”

Essentially, a DEV van means 0 emissions, and due to that, much lower operating costs for various businesses, and as a result, lower end user costs, too. Of course, we’re all for that. 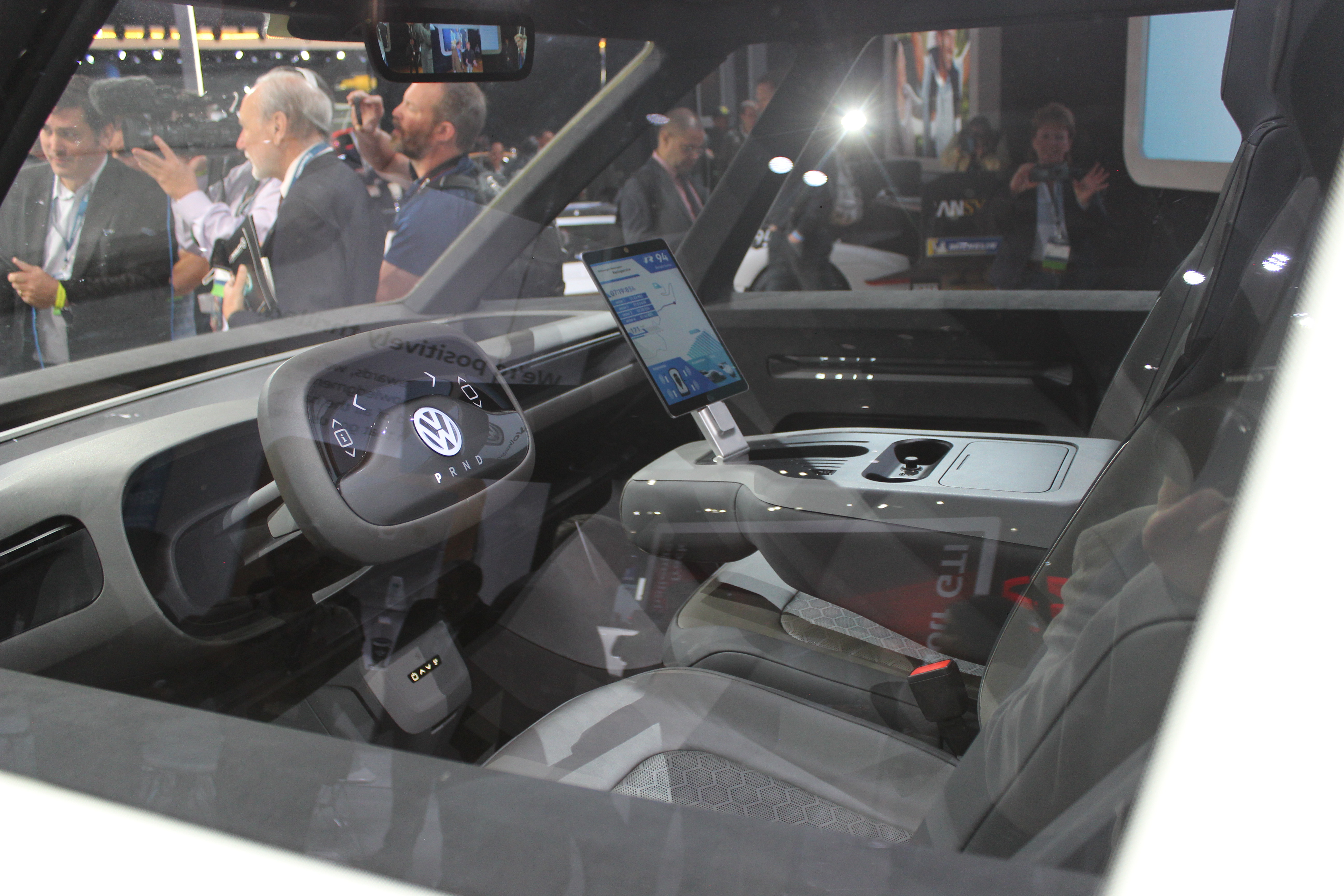 Of course, delivery giants like Amazon or UPS aren’t the only ones that could benefit from all that. The vehicle they brought to the show was outfitted as a service vehicle, ostensibly on-hand to help VW’s Pikes Peak racing effort as the van was painted like the I.D. R racer that broke the Pikes Peak record earlier this year. Because the engines and battery packs are stuffed into the floor, there’s much more room inside the Cargo for space, and more modularity due to its boxy shape. There’s also a computer on board to help keep inventory of the load.

If the Buzz is too much for you, VW also introduced an e-bike with a 463 lb. payload and 240-watt battery, for when you need to get to those pedestrian-only areas.

While VW insists that they haven’t yet started speaking to various delivery companies about the Buzz you can be sure that will all change very soon. 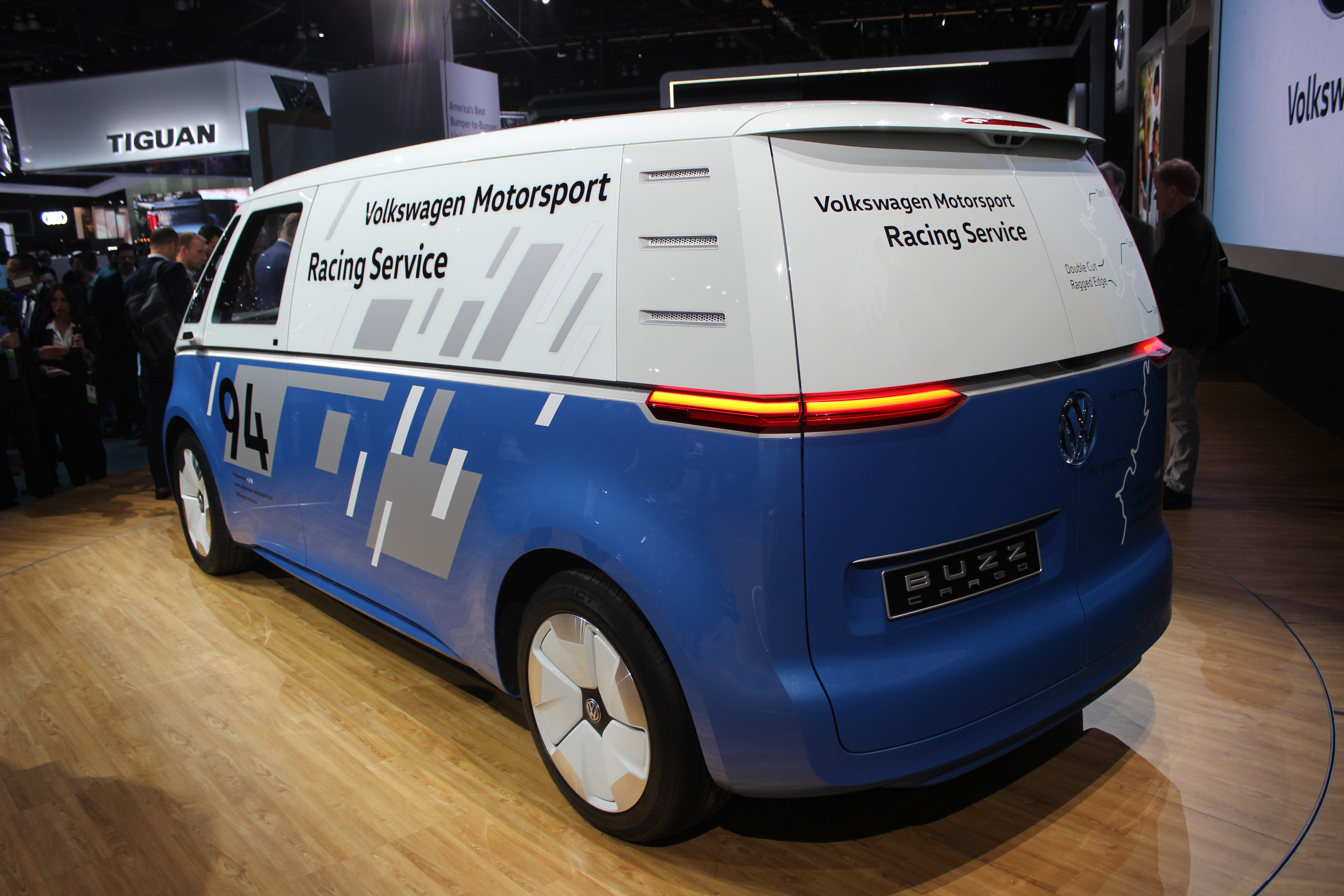 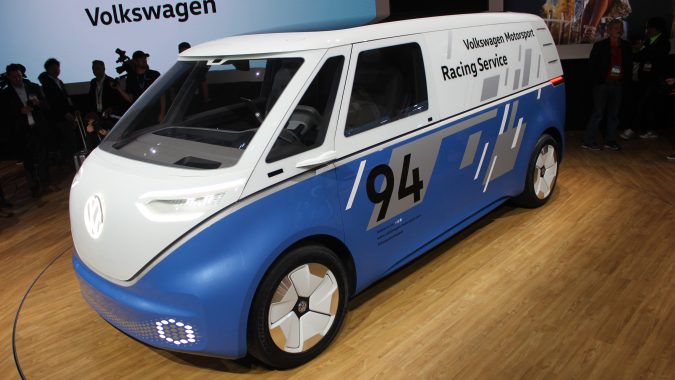 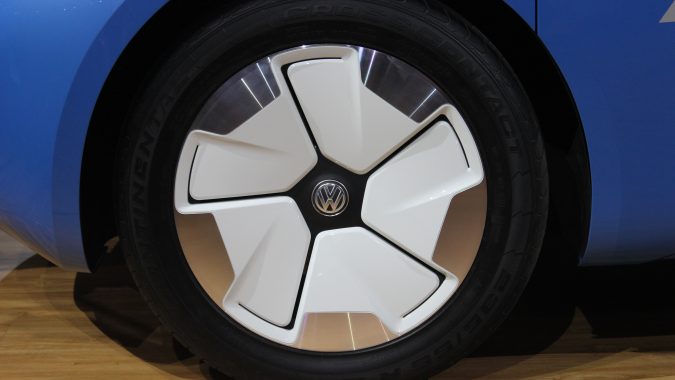 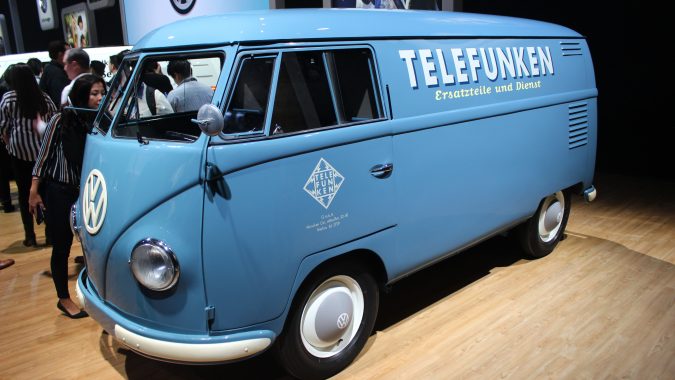 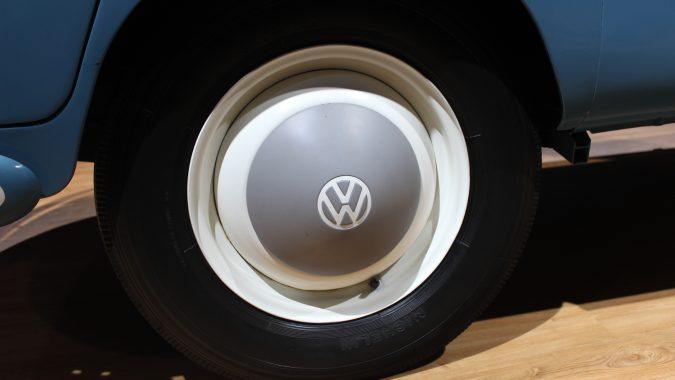 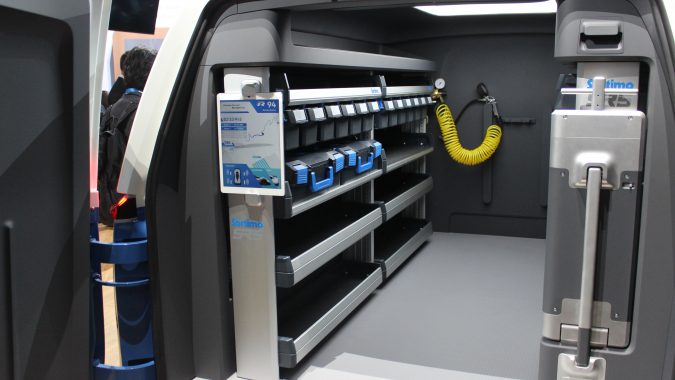 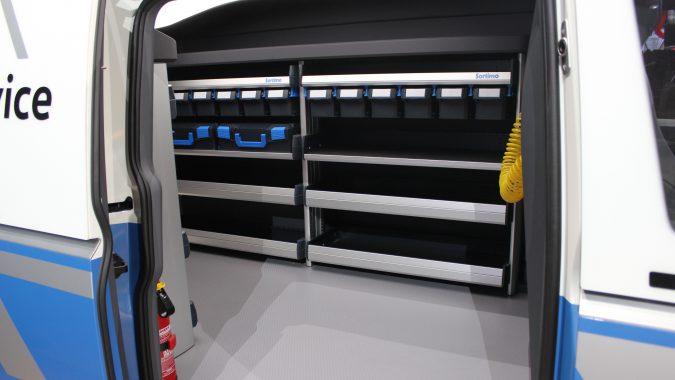 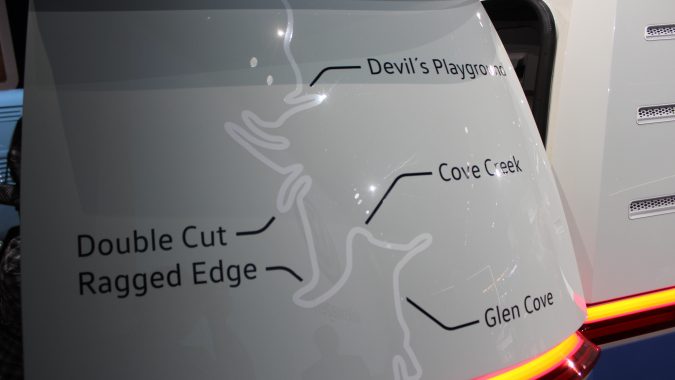 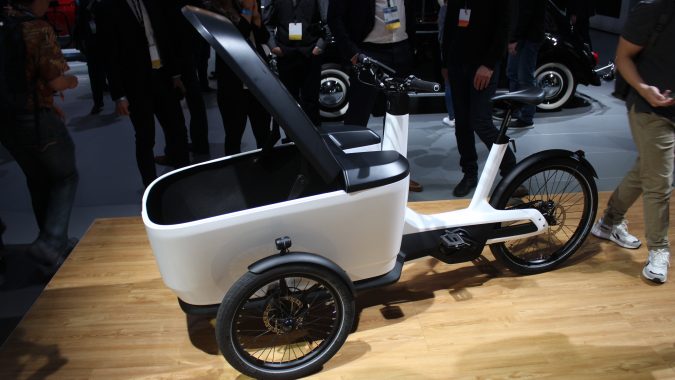