It isn't quite an all-new Passat.

While many manufacturers are lamenting the death of the sedan, Volkswagen is doubling down. Well, they’re carrying on at least, introducing a new model. These days, that might as well be a double-down. This is the new 2020 Passat, revealed today at the Detroit auto show.

It isn’t quite an all-new Passat. After all, sedans sales are still declining. Instead, VW says it gives customers more of what they want. Saving some development costs by using the existing car’s platform. That lets them give it new styling and a new interior. It also lets the company take a host of high-tech features from the top-trim cars and expand them across the range of trims. While, as VW said previously, keeping the price similar.

It comes with the same 2.0L turbo-four and 174 hp. Torque is bumped to 207 lb-ft from 184. The six-speed auto is the same too, but there’s a new torque converter that’s responsible for some of that extra shove. Volkswagen says that some of the launch cars will still get the lower-torque old system, but that most will get the extra torque.

Inside, the cabin continues with loads of space in the front, and plenty of room for all but the extremely tall in the rear. Cloth, leatherette, and Nappa leather seats are all available, depending on trim. If you’re expecting a big departure from VW’s current interior design, you aren’t going to get it. It’s simple, well laid out, and looks pleasing to the eye. While you can’t tell from the photos, it feels good to the touch as well. 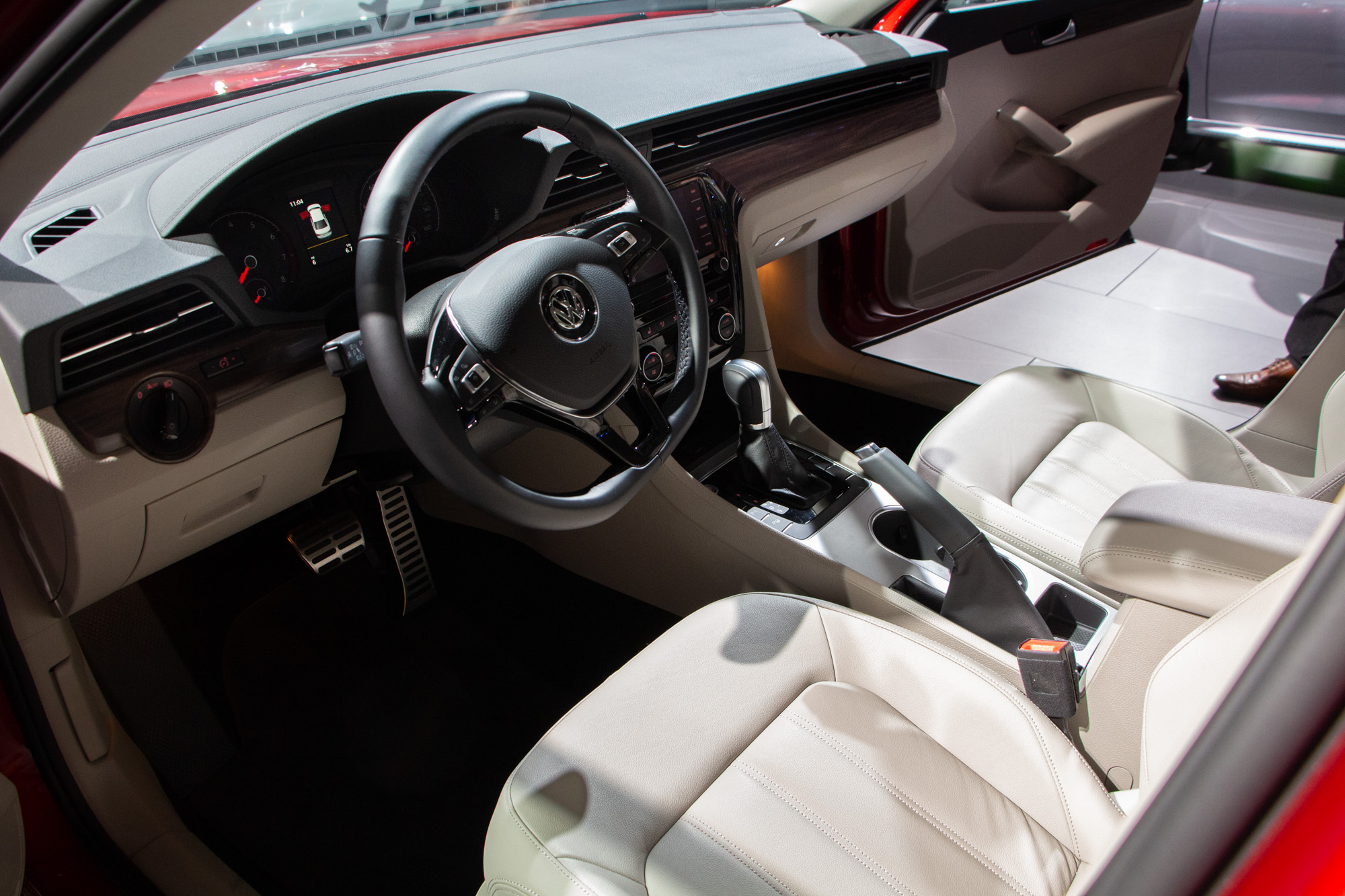 An 8.0-inch touchscreen display is now standard, along with LED headlights and satellite radio. The infotainment system is larger than the screen on the previous base car. VW’s App-Connect is also standard, which means Apple CarPlay and Android Auto as standard kit.

Some of the active safety features and driver aids that have trickled down to the base model include forward collision warning, autonomous emergency braking, blind spot monitoring, and rear traffic alert. Radar cruise, lane keeping, and park steering assist self-parking are on the options list.

The new lines are sharper than the outgoing car. The styling is definitely Jetta’s big brother, but that’s an improvement over the previous car. And it’s definitely more interesting, especially the crease that runs through the door handles and makes a reappearance just ahead of the taillights.

We’ve already driven the new Passat, in camouflaged prototype form, at least. We praised the interior space as well as the precise steering, composed suspension dynamics, and excellent braking.

Expect the new 2020 Passat to arrive at dealers later this year, with Canada-specific pricing and trim details to arrive closer to that date. 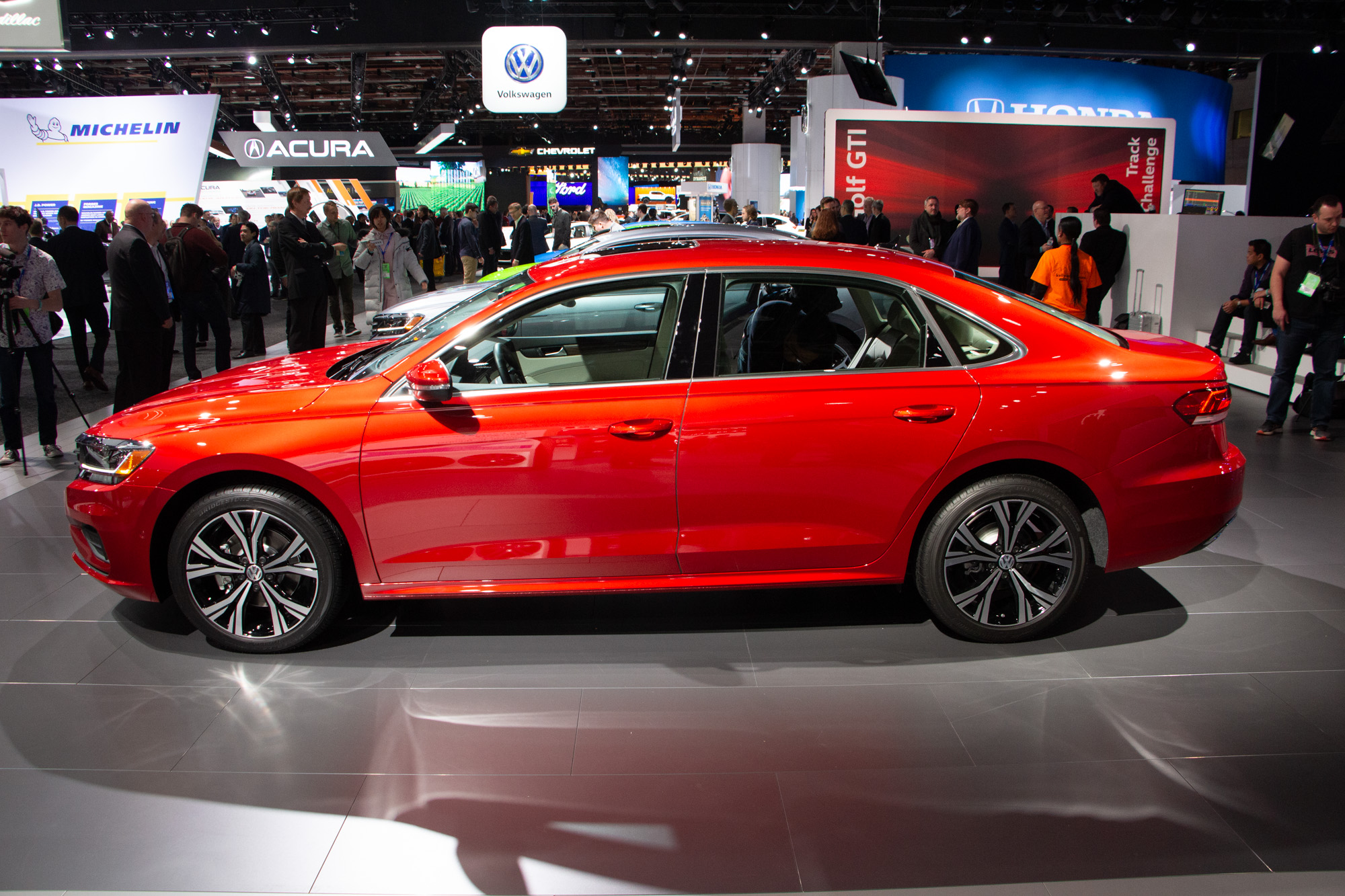 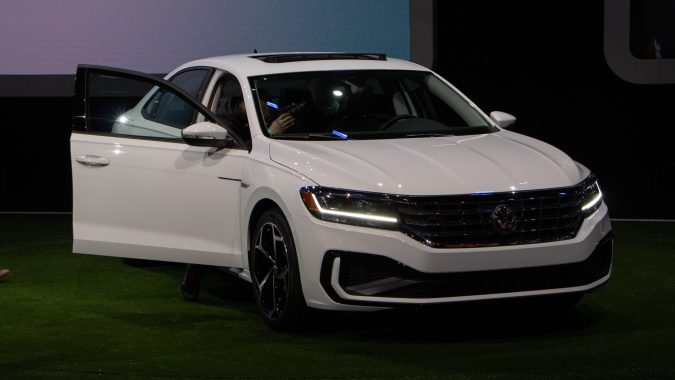 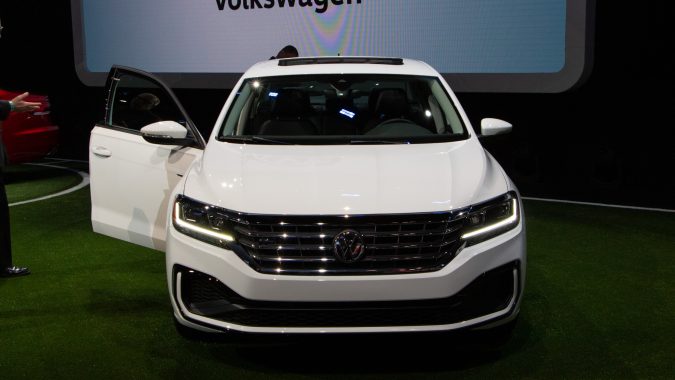 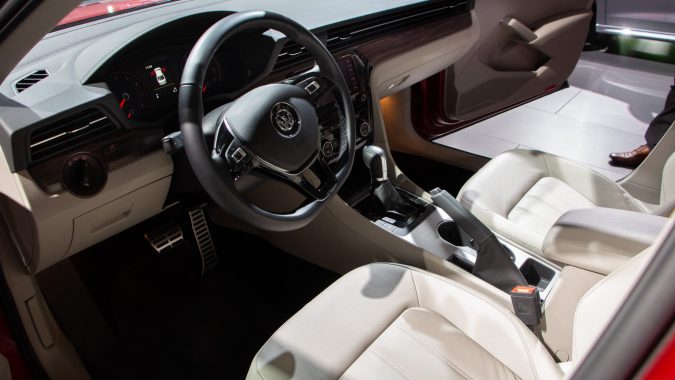 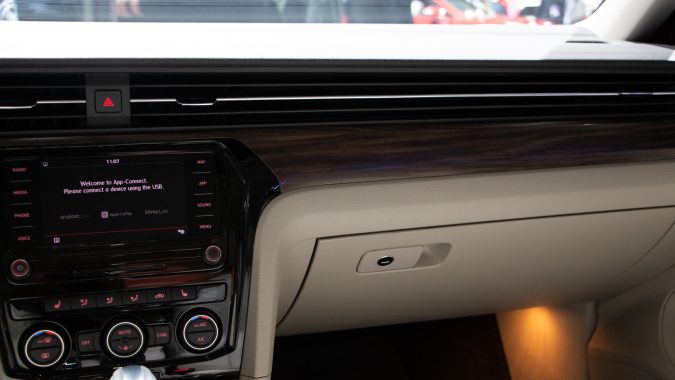 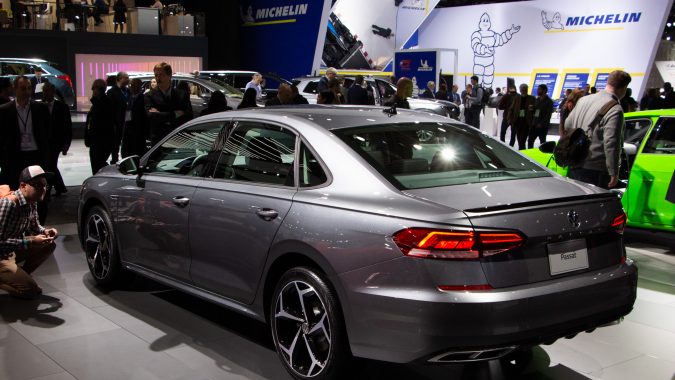 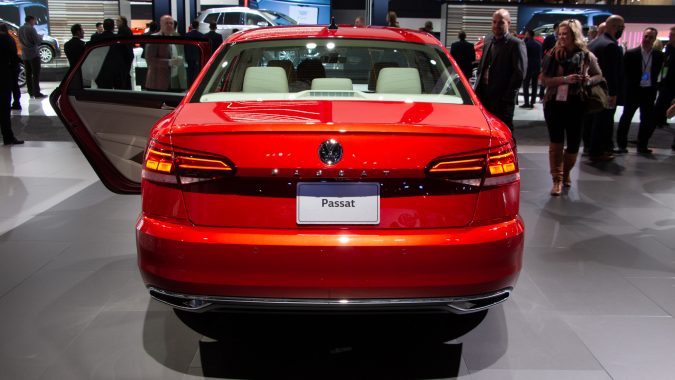 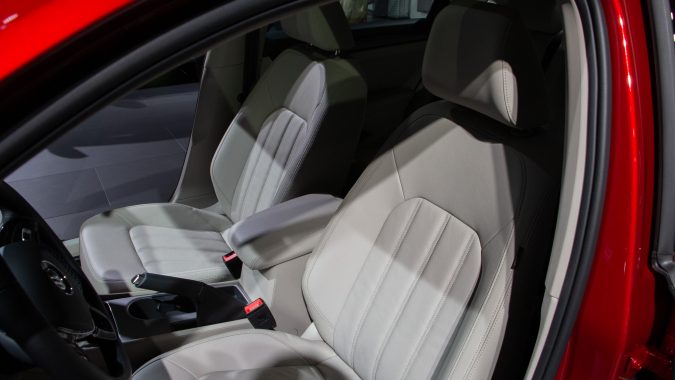 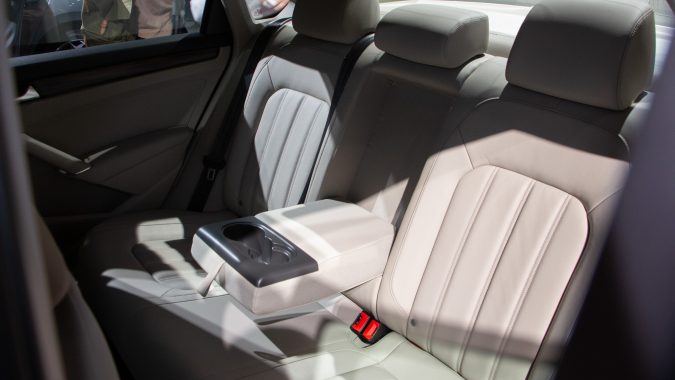 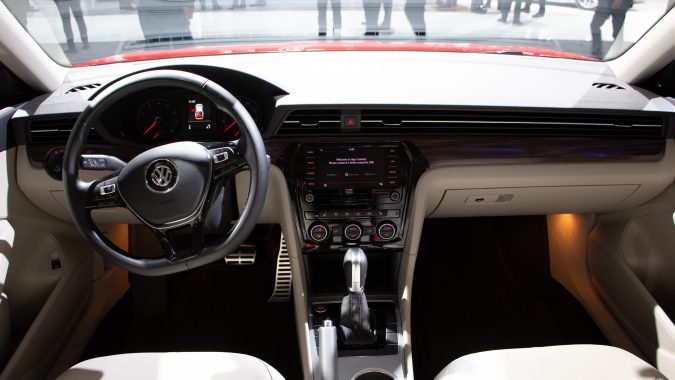 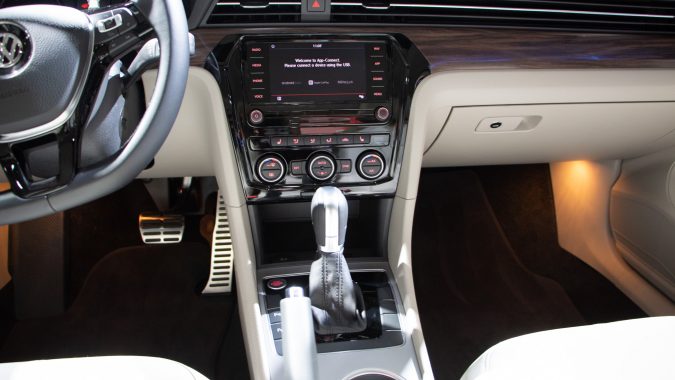 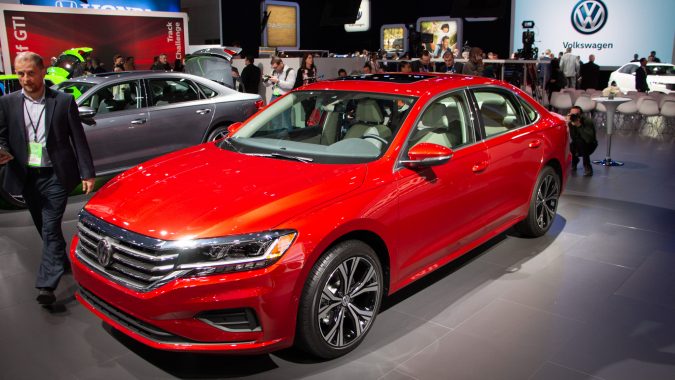