DETROIT: One of the most highly anticipated reveals at this year’s North American International Auto Show in Detroit was the latest concept from Volkswagen.

The I.D. Buzz is the funky, futuristic redesign of Volkswagen’s iconic microbus. Although the design lines have been taken from the original hippy-mobile this concept is light years away from the original.

This new van will come with no engine at the back, but with two electric motors – one on each axle – making it all-wheel-drive.

The battery pack and both motors will be neatly packed under the interior flooring, helping to maximize the interior cabin space.

The zero-emissions all-wheel drive system has a total output of 369 hp and an NEDC electric driving range of 600 km (270 miles on a predicted U.S. driving cycle).

The driver will also become redundant, as the I.D Buzz will be fully autonomous even offering a 180-degree swivelling drivers seat.

The I.D. Buzz will even recognize the person sitting in it thanks to Volkswagen’s “User-ID”, it lets the I.D. Buzz know who the driver is and the individual vehicle settings are configured accordingly.

It even has the ability to recognize friends and configure their preferences as well.

The I.D. Buzz is not only designed to carry up to eight people, but to be able to carry all their outdoor lifestyle equipment and luggage as well.

The I.D. Buzz is certainly eye catching and innovative, but how much of this concept will actually make it to fruition? 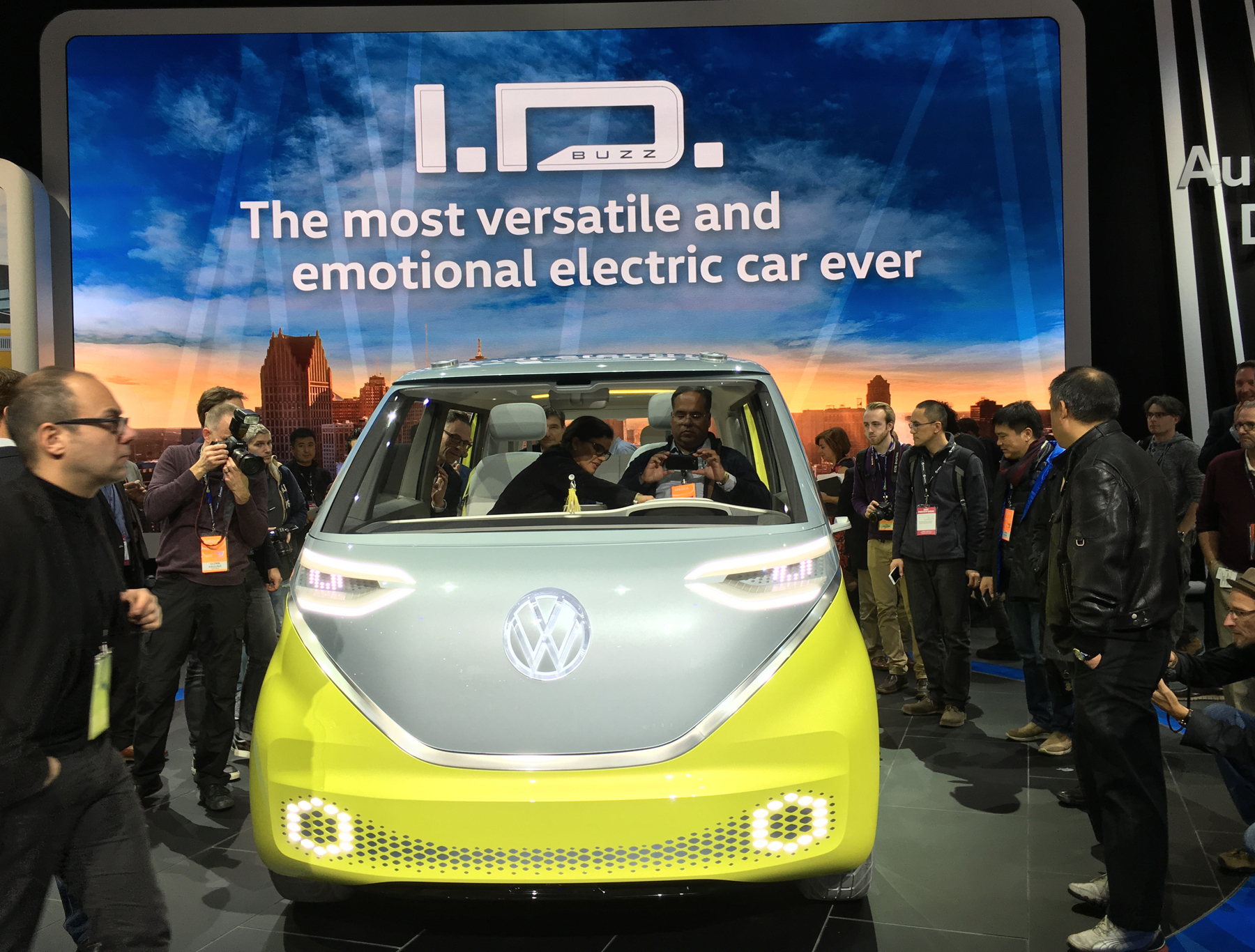