Join the Conversation (0)
Volkswagen's Jetta models get a refresh for 2022 that includes new styling and new interior tech like VW's digital cockpit. For buyers of the standard model, a new 1.5L engine joins the party and yes, even that new engine will offer a six-speed manual for buyers who want it.

Those exterior changes aren't big ones, but the Jetta is still looking quite stylish among the other models in its segment. A new grille adds a pair of chrome bars flanking the VW emblem, while the Jetta GLI model gets its red accent strip between the two chrome bars. LED headlights are standard on both, with higher-spec Jetta and GLI models getting projector LED lamps. Chrome trim around side window openings is new, with GLI keeping its black trim.

At the back, both get new bumpers with GLI adding new black honeycomb detailing near the ground. The GLI also sees some changes to the dual exhaust tips.

Four colours will be offered on Jetta GLI, while the 2022 Volkswagen Jetta will offer seven including three new hues. The wheels are new as well.

All Jetta models other than GLI get a new 1.5L turbo-four, replacing the existing 1.4L engine with the one from the new Volkswagen Taos. 158 hp and 184 lb-ft are in-store, up from 147 hp in current form. This new engine gets iron plasma coated cylinder liners, a multi-flow cooling system that can warm the engine more quickly, and a variable turbine geometry turbocharger for better efficiency and more response.

A six-speed is offered with this engine standard, with an available eight-speed automatic. The GLI continues with its 228 hp 2.0L turbo-four and six-speed stick or seven-speed DSG transmission.

Inside, all Jettas get the Volkswagen Digital Cockpit instrument cluster as standard, while Highline and GLI get it with a larger 10-inch screen. A new heated steering wheel is standard across the board for added comfort, and there are new trim details for the doors. New cloth seats for base Trendline add heating for front occupants. Trendline, Comfortline, and Highline replace this year's Comfortline, Highline, and Execline trim levels. A Sport package is new for Comfortline, but VW did not detail what would be included. 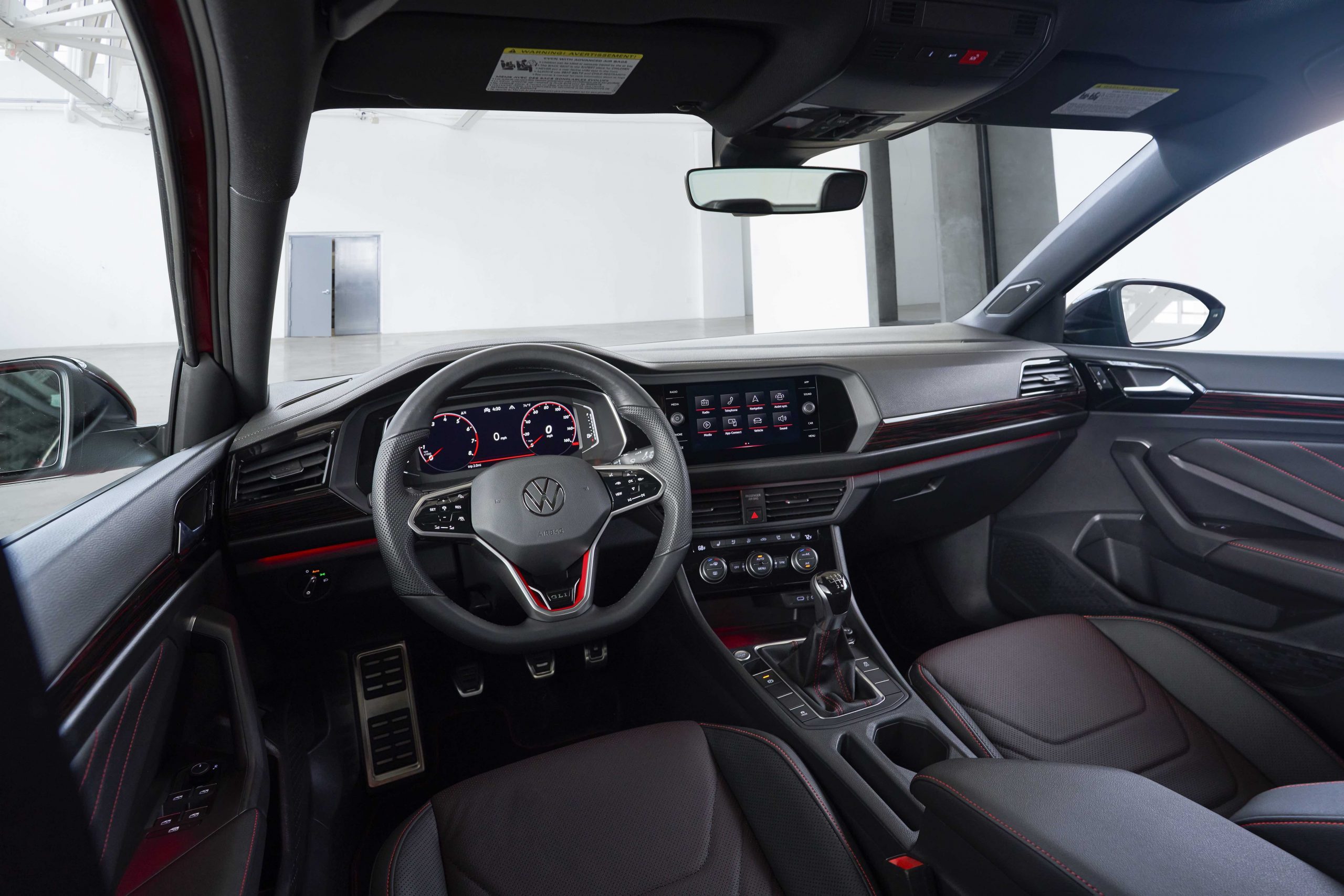 Volkswagen says the 2022 Jetta lineup will arrive in the fourth quarter of this year. Pricing will be available closer to the on-sale date. Fuel economy for the new engine is not yet available.